Please subscribe to keep reading. You can cancel at any time.
Already a subscriber?
Log in or Activate your account.
Loading&hellp
No thanks, return to homepage.

The 19th anniversary of Muscatine firefighter Michael Kruse's death was commemorated with a moment of silence and a wreath lain at the firefighter's memorial on Tuesday.

MUSCATINE – When asking people to observe a moment of silence for Muscatine Firefighter Michael Kruse, assistant chief Mike Hartman asks all observers to do a bit more.

Remembering what a stickler for safety Kruse was, Hartman asks that people don’t just observe a moment of silence and go about the rest of the day. He asks that people put a bit of thought into what they can do to be just a little safer. He said whether it is checking the smoke detectors or wearing a seat belt, the little things add up.

“Mike was an amazing individual,” Hartman said. “He was somebody who cared deeply for pretty much anybody else.”

Just a few short days after remembering the 343 emergency personnel who died during the Sept. 11, 2001, terror attacks, the department took the time to remember Kruse, a 27-year veteran who was killed responding to a house fire exactly one year and three days after 9/11. The firefighters lined up for a moment of silence and laid a wreath on this Firefighters Memorial.

Hartman commented that Kruse was the only firefighter the Muscatine department had lost. He had been a mentor to many on the department and shared his experience and knowledge. Hartman remembers Kruse was big on safety and was concerned about the people around him.

On Sept. 14, 2002, the department was dispatched to a house fire at the corner of Sixth and Orange. Hartman said the house was occupied but the occupant hadn’t been home at the time of the blaze. The firefighters found the fire in the upstairs of the house. As the fire was being fought, Kruse was assigned to the aerial ladder and was assisting ventilation of the building, which is done by cutting a hole in the roof. As the hole was being cut, the roof under Kruse partially collapsed and he fell into the room that was on fire. He was taken to the hospital where he died from his injuries.

After the incident, the city ordered the building be demolished. A vacant lot is currently where the house once stood.

Hartman said the brotherhood of fire service hits home when a brother firefighter dies in the line of duty. On Sept. 11 he felt a great sadness for the firefighters who were killed in the attacks despite not knowing any of them personally. He said these kind of incidents are a “huge kick in the gut” for the entire fire service.

“We are a brotherhood,” he said. ‘It is a unique profession, and we draw similar types of people, and we’re all kind of in it together and we have shared experiences.”

When talking about someone he knew and worked with frequently, he said the pain was worse.

“It’s been 19 years and there are plenty of people in the department who can remember it like it was yesterday and remember those feelings of despair and sadness and, like I said, a kick in the gut,” Hartman said.

Registration for the 2nd Annual Scarecrow and Jack-O-Lantern Competition at the Muscatine Art Center will be open until Tuesday, Sept. 21. Voting, both online and in-person, runs Oct. 28 to Oct. 31.

MUSCATINE — For those looking for a fun and creative fall activity, the Muscatine Art Center has the perfect opportunity for kids, families and adults alike.

For the second year in a row, the Muscatine Art Center will hold a Scarecrow and Jack-O-Lantern competition, with registration open from now until Sept. 21. Voting opens October 28 to October 31 online and in-person. Cash prizes will be awarded to the winners.

“Last year, we were still in the middle of the pandemic, and we were trying to find something that families could do outside, knowing that a lot of other types of events or programs were either offered online or canceled,” Alexander said.

She added the Art Center was also looking for something that people could just “drop in and do at basically any time."

“It was fun just to see people not having to show up at a specific time in order to be part of an event. They could just come when it suited them, and I think that was part of the reason for the competition’s success,” Alexander said.

The other part of its success was the uniqueness and the creativity of the entries themselves. Alexander said different materials were used in both the scarecrow and jack-o-lantern competitions, from actually carving pumpkins to using paint, fabrics or pieces of Halloween costumes. This allowed for participants of any age or skill level to be included.

“It was really fun to see the different ways that people approach these projects, especially the scarecrows because not everybody has had experience with trying to make a scarecrow,” she said. “They were all just so creative and unexpected, so it was exciting to see them come in. There was even a jack-o-lantern with a face mask. Another one was wearing a tutu. We’re open to all sorts of ideas.”

Once all the entries have been received, the jack-o-lanterns will be displayed in the Art Center’s courtyard while the scarecrows will stand by the Art Center’s new sculpture, “Expressive Spirit” in the side lawn.

To participate in the competition, entry forms can be picked up in-person at the Art Center, or can be found on muscatineartcenter.org under the “Get Involved- Artists” section. Forms must be turned in by Tuesday, Sept. 21. PVC forms will be provided for scarecrow entries while pumpkins will be available for jack-o-lanterns.

“We’d love to see what people come up with, because we’re always amazed by the wide range of creativity found within the community,” Alexander said. 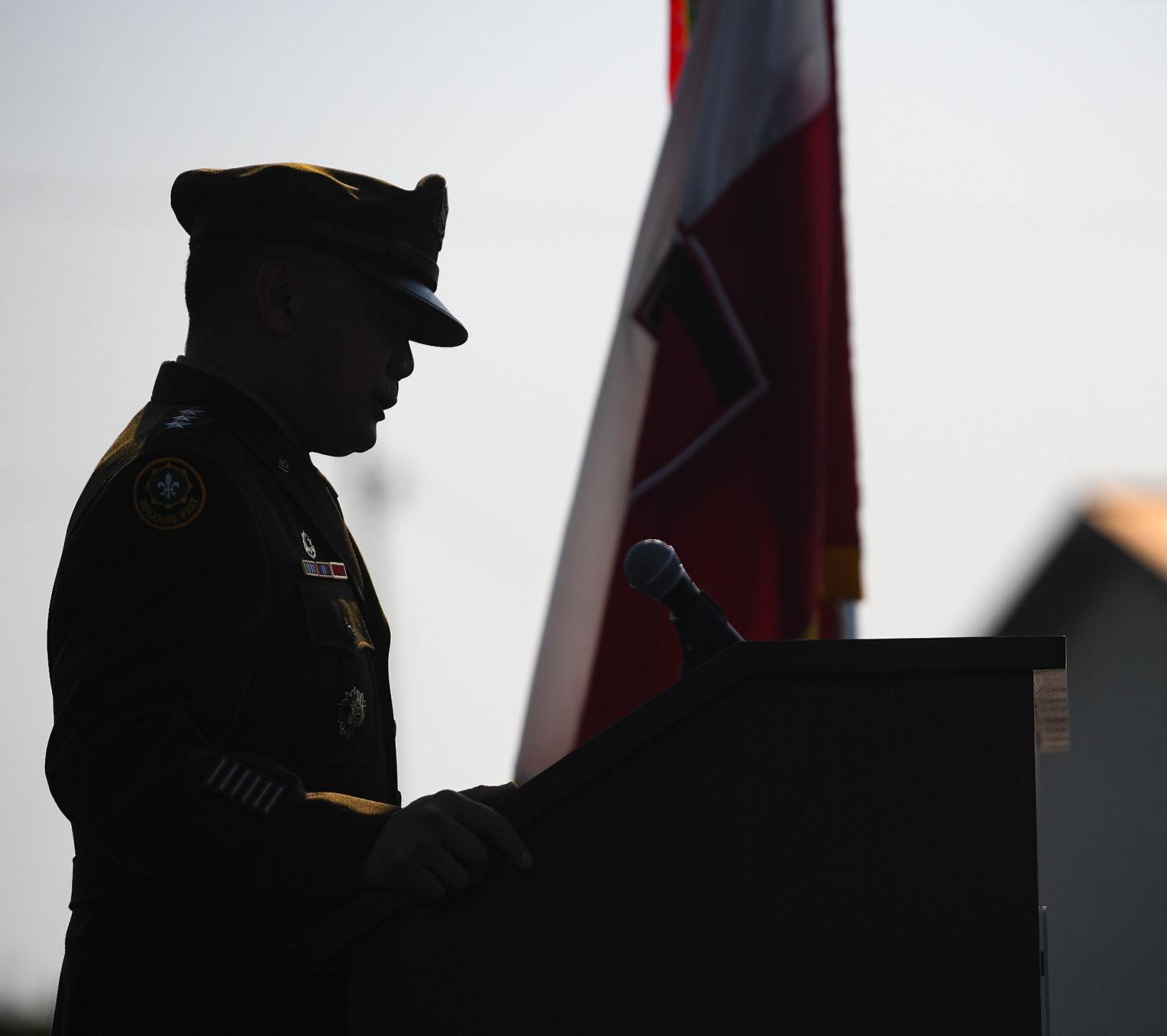 Kent Corporation in Muscatine was selected as one of the 2021 Top Iowa Workplaces.

MUSCATINE – Muscatine-based Kent Corporation was recognized as a 2021 Top Iowa Workplace based on a survey administered by Energage LLC, an employee engagement technology partner.

According to a release from the state Monday, Energage CEO Eric Rubino said the distinction draws on real-time insights into what works best that allows organizations to make informed decisions to have a positive impact on people and business. With more than 2,000 employees worldwide, Kent values the honor as a reflection of its dedication to long-term value and the fundamental principles on which Kent was founded nearly 50 years ago.

“We are particularly proud to hold this honor as it is based on employee feedback,” said Carol Reynolds, Kent spokesperson and vice president of human resources and communications. “Our employees are the driving force of our continued ability to deliver top quality products for our customers, as well as our overall success as a company. Our greatest asset is people. The lifeblood of any business is its employees who live and work in communities across Iowa and the United States.”

Kent has twice been honored by the Wall Street Journal as one of the United States Best Managed Companies.

The Kent Corporation was founded in 1927 and has grown to be a global marketer of sustainable, grain-based products as well as high-quality food, personal care and hydration solutions. Kent Corp is the parent company of Grain Processing Corp., Kent Nutrition Group, Kent Pet Group, and Kent Precision Foods Group.

The HM997A3 ground ambulance, produced at the Rock Island Arsenal Joint Manufacturing and Technology Center, in 2015. The Arsenal is releasing 111 term employees from now through October because of the completion of the project.

The Rock Island Arsenal Joint Manufacturing and Technology Center is releasing 111 of its 174 term employees from now through October, according to Col. Shari Bennett.

The term employees are being laid off because of the completion of the project they were hired for, a Humvee ambulance manufacturing program that was initiated in 2013. The program produced almost 4,000 ambulances before its completion in June. The potential reduction in personnel was identified in December 2020, and the 111 employees’ terms expire in October.

“The American people put a lot of trust in us to be good stewards of taxpayers' dollars, and unfortunately we had to make some tough decisions this year,” Bennett said. “Based on our current and our projected workload that resulted in us not extending our term employees.”

Term employees are different from part-time employees and are hired when the center’s workload requires it. The specific time they are hired for, usually between one to four years, typically revolves around a specific project.

The remaining 63 term employees’ could potentially be released throughout the fiscal year depending on the center’s workload, according to Bennett. However, their term has not expired like the released employees.

“That decision hasn't been made yet, but the potential does exist,” Bennett said. “It just really does depend on what that workload looks like.”

Full-time employees are still working on multiple projects, like manufacturing urban survivability kits or HUSK kits, and are not expecting any layoffs even though the center has experienced a decline in workload.

The center is partnering with the Quad Cities Chamber to host a job fair for the released term employees on Sept. 28 to support their pending job search. So far, 11 local businesses have announced they will attend the fair to scope out the center’s employees, including John Deere, Arconic and Sears Manufacturing. The center is also offering a resume-writing workshop and financial-planning services.

“I cannot stress enough how our term employees really have done a phenomenal job over the past few years here at the Arsenal helping with some of our major programs,” Bennett said. “Our intent is to set them up for success in every way that we can.”

Click and hold your mouse button on the page to select the area you wish to save or print. You can click and drag the clipping box to move it or click and drag in the bottom right corner to resize it. When you're happy with your selection, click the checkmark icon next to the clipping area to continue.