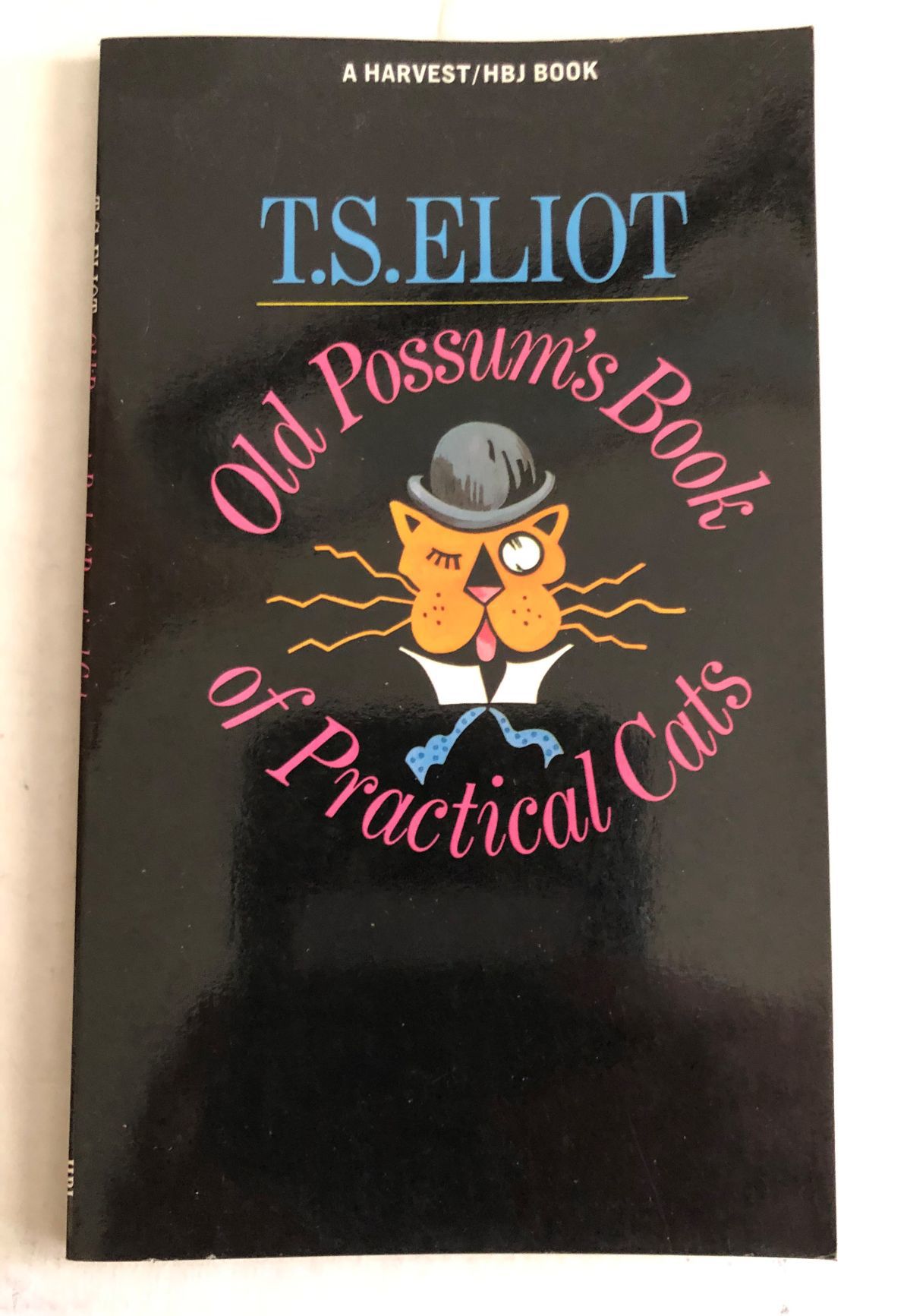 What the hellicle is a Jellicle?

This remains unanswered in the grotesque musical “Cats,” although the word is mentioned countless times in the first quarter of the movie.

I nearly succumbed to the temptation to insert feline-focused wordplay here – “purr-fectly dreadful” or “a cinematic cat-astrophe.”

But I haven’t the energy, because the movie has sapped my strength. So I simply will tell you what all the fuss is about.

The poet T. S. Eliot compiled “Old Possum’s Book of Practical Cats,” as a small collection of poetry published in 1939. The work had its beginnings in letters to his godchildren.

These poems, which I have loved since I was a child (that’s my own book there in the picture,) are the basis for the beloved Andrew Lloyd Webber musical “Cats,” which premiered in London in 1981.

Eliot writes about “Jellicle Cats” in his poems, and for years I wondered what it meant. That was before the internet revealed the truth: “Jellicle" comes from one of Eliot’s unpublished poems, "Pollicle Dogs and Jellicle Cats.""JellicleCats" - I presume uttered by a child - is a corruption of "dear little cats" and "Pollicle dogs" of "poor little dogs."

Now we all know.

Many cats, including the one played by Taylor Swift, are introduced with song-and-dance numbers, while others are just, uh, background fluff (couldn’t help it).

Idris Elba is the magical villain Macavity who wants Deuteronomy to choose him, and so tries to thwart his competitors. Ian McKellan is an elderly cat who sings about his life in the theater.

The show raises more questions than it answers:

Every creature here looks creepy. The CGI-enhanced fur and color of the cats is beyond weird and off-putting from the get-go. Their ears move, their tails wave around eerily, and the cats rub against each other in “ew”-inducing scenes.

I did embrace the movie for about four minutes. Jennifer Hudson, as a shunned, apparently injured, elderly cat, belts out “Memory” with a voice so gorgeous and a performance so moving I would see it again (but only if the rest of the film were removed.)

My advice: Now that you know “Jellicle” means, pick up “Old Possum’s” poems. They’re lovely, whimsical and enjoyable … unlike this film.

Running time: One hour and 50 minutes.

Rated: PG for mild themes of abandonment and death.