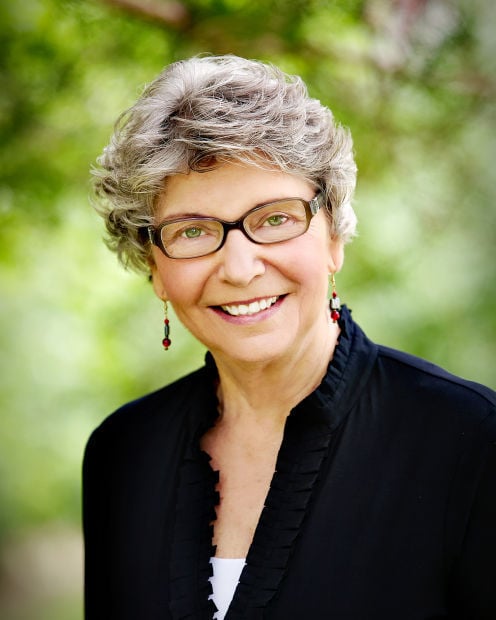 Gayle Harper stayed in Muscatine for a night and explored the town on her quest to follow a raindrop from Minnesota to the Gulf of Mexico along the Mississippi River. 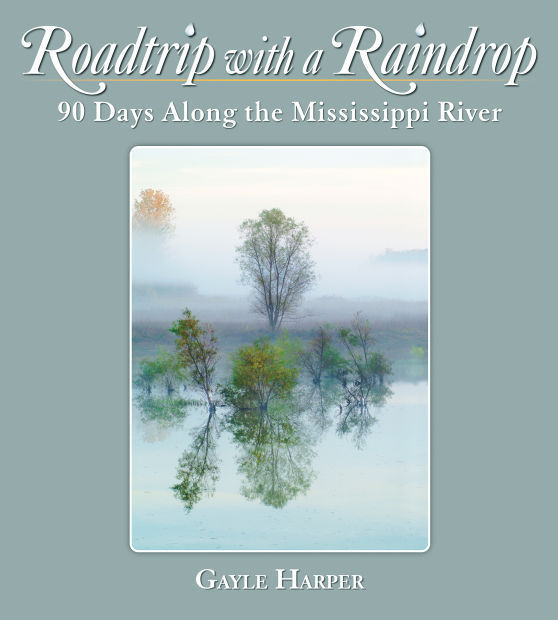 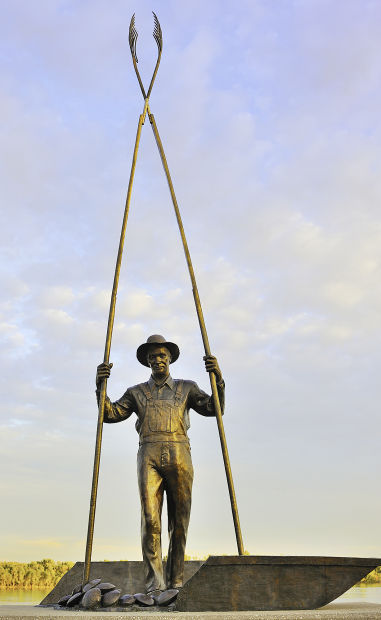 The Fisher of Clams statue in Muscatine's Riverfront Park caught Gayle Harper's eye when she visited town in a trip along the Mississippi River for a book.

MUSCATINE, Iowa — Four years after a tour of the Mississippi River brought her to Muscatine, travel writer and photographer Gayle Harper’s book about that trip has hit bookshelves.

“Roadtrip with a Raindrop: 90 Days Along the Mississippi River” went out to bookstores and online retailers on Thanksgiving last year. It is the first book-length project for Harper, who is from Springfield, Missouri, and the end of a creative journey that saw her spend more than two years on the project.

“It was a massive undertaking,” Harper said in a phone interview last week with the Muscatine Journal. “Believe me, I’ll never look at a book the same way again.”

The inspiration for the project, a 90-day journey down the Mississippi River from Minnesota to the Gulf of Mexico, came from reading on a National Park Service website that it takes a drop of water about 90 days to travel from the source of the Mississippi River in Minnesota to the Gulf of Mexico. That became the inspiration for her own trip down that river along with that metaphorical rain drop.

In her voyage along the river route, she wound up stopping in towns and simply exploring them as she found them, explaining that she wanted to stay away from what she said were obvious tourist spots. Those adventures took her everywhere from a catholic church in La Crosse, Wisconsin, to young street musicians in Clarksdale, Mississippi.

“I didn’t plan anything other than wherever I slept every night,” Harper said.

It was on Day 36 of her trip that Harper visited Muscatine. During her stay here, she stopped by the Muscatine Art Center, the former home of Laura Musser. Ironically, she had stayed in the home of Laura Musser’s niece, Laura Jane Musser, during an earlier stop in her trip in Minnesota. In addition to that visit, she also learned about the button industry in 19th and 20th century Muscatine and had a talk with the Muscatine Journal.

After the trip and return home, Harper organized her notes to piece together the vignettes that make up the book and match the best images for those stories. After the stories had been put together, “[the photos] really selected themselves,” she said. However, the story of the river itself and its effect on those that live by it was what tied the entire book together.

“There are no separate stories — the river is the story’s keeper,” she said.

During the next year, Harper is hoping to stop and revisit some of those river communities.

"Roundtrip with a Raindrop: 90 Days Along the Mississippi River" by Gayle Harper is available at www.gayleharper.com and at Barnes and Noble and www.amazon.com.

As the only Iowan in the cast of the Broadway revival of “The Music Man,” Drew Minard has been asked more than once if “Iowa Stubborn” holds true.

Betty White's assistant shares one of her final photos

"She was radiant and beautiful and as happy as ever," the post read. See how Betty White was celebrated on what would have been her 100th birthday.

As the only Iowan in the cast of the Broadway revival of “The Music Man,” Drew Minard has been asked more than once if “Iowa Stubborn” holds true.

Rogan has admitted to his 11 million listeners that he doesn't usually think about what he's going to say before he speaks.

Betty White would be 100 today. Here's how to watch her tribute movie

A film meant to celebrate White's birthday still will screen in 900 theaters across the country. Find out how to see it. Plus, watch a Betty White blooper reel here.

A joint statement posted on the "Aquaman" star's Instagram page Wednesday that he and his wife were parting ways.

The French actor portrayed the young Hannibal Lecter in 2007's "Hannibal Rising" and is in the upcoming Marvel series "Moon Knight."

Fictional hospitals make for great television. However, what happens every week on medical dramas is often not what happens in real life.

The actors in the new medical drama, “Good Sam,” have gotten so into their work they’re swapping surgical videos they find on the internet.

When We Were Young festival: My Chemical Romance, Paramore to headline

Gayle Harper stayed in Muscatine for a night and explored the town on her quest to follow a raindrop from Minnesota to the Gulf of Mexico along the Mississippi River.

The Fisher of Clams statue in Muscatine's Riverfront Park caught Gayle Harper's eye when she visited town in a trip along the Mississippi River for a book.