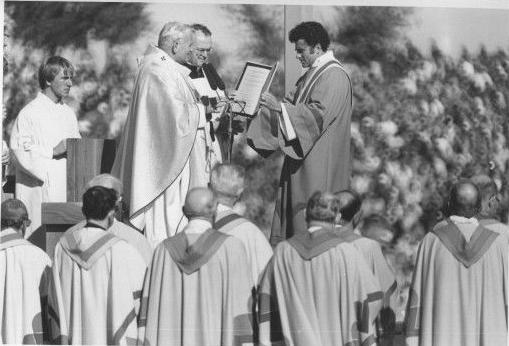 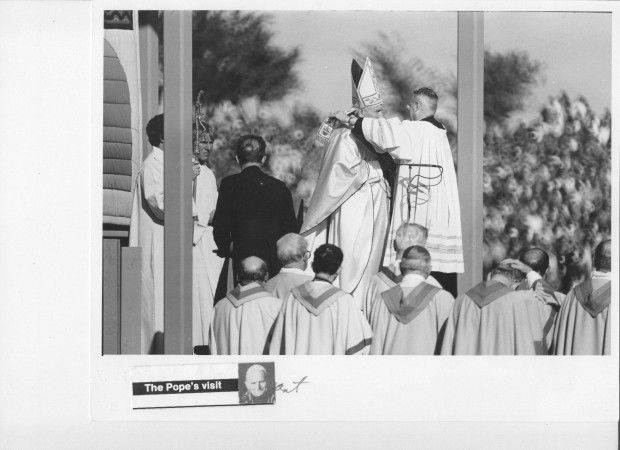 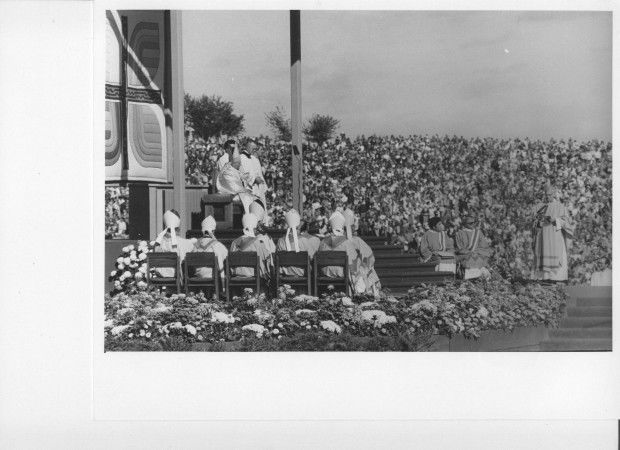 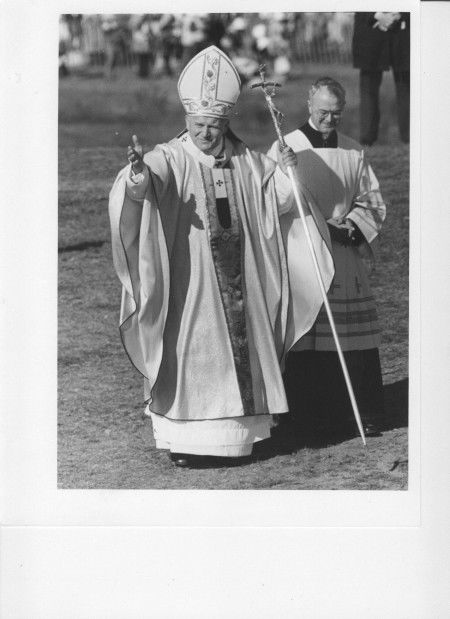 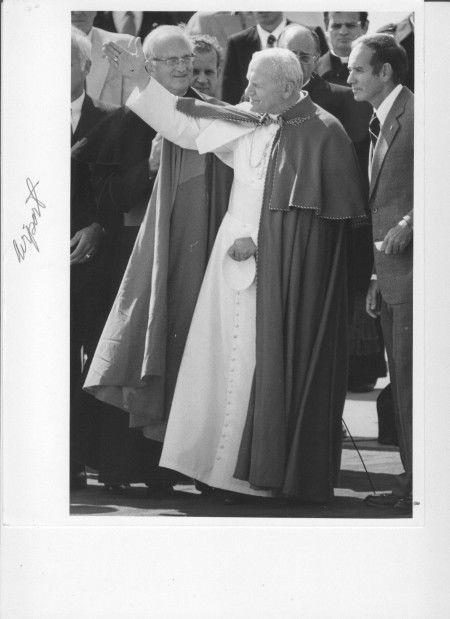 It was 40 years ago Friday — Oct. 4, 1979 — that Pope John Paul II made an unprecedented visit to Iowa, drawing an estimated 340,000 people to a Mass at Living History Farms, a Des Moines suburb.

His visit to the state was short — just four hours — but the excitement it generated was off the charts.

That the leader of millions of Roman Catholics worldwide would come to Iowa in between visits to Philadelphia, Boston, New York and Washington was a huge honor and opportunity.

News organizations pulled out all the stops to cover the event; the Quad-City Times, for example, sent just about every reporter in the newsroom and all photographers.

Pilgrims came from the Quad-Cities and all over the Midwest, many camping outside overnight in below 40-degree temperatures for the chance to glimpse of the popular Polish pope the next day.

The pope arrived by jet in Des Moines, greeted by then Gov. Robert D. Ray and Bishop Maurice Dingman, leader of the Des Moines Diocese.

He then helicoptered to the 240-acre Living History Farms for a second Mass and speech, delivered under a bright blue sky, surrounded by fields browning for harvest. As he spoke, the crowd was almost silent.

The Rev. Bud Grant, then a senior seminarian at St. Ambrose University, Davenport, held the pope's mitre, or hat, during the Mass. Grant now is a professor of theology at St. Ambrose.

Quotes from those attending ranged from "I feel I have been touched by Christ" to "What can I say? It was super."