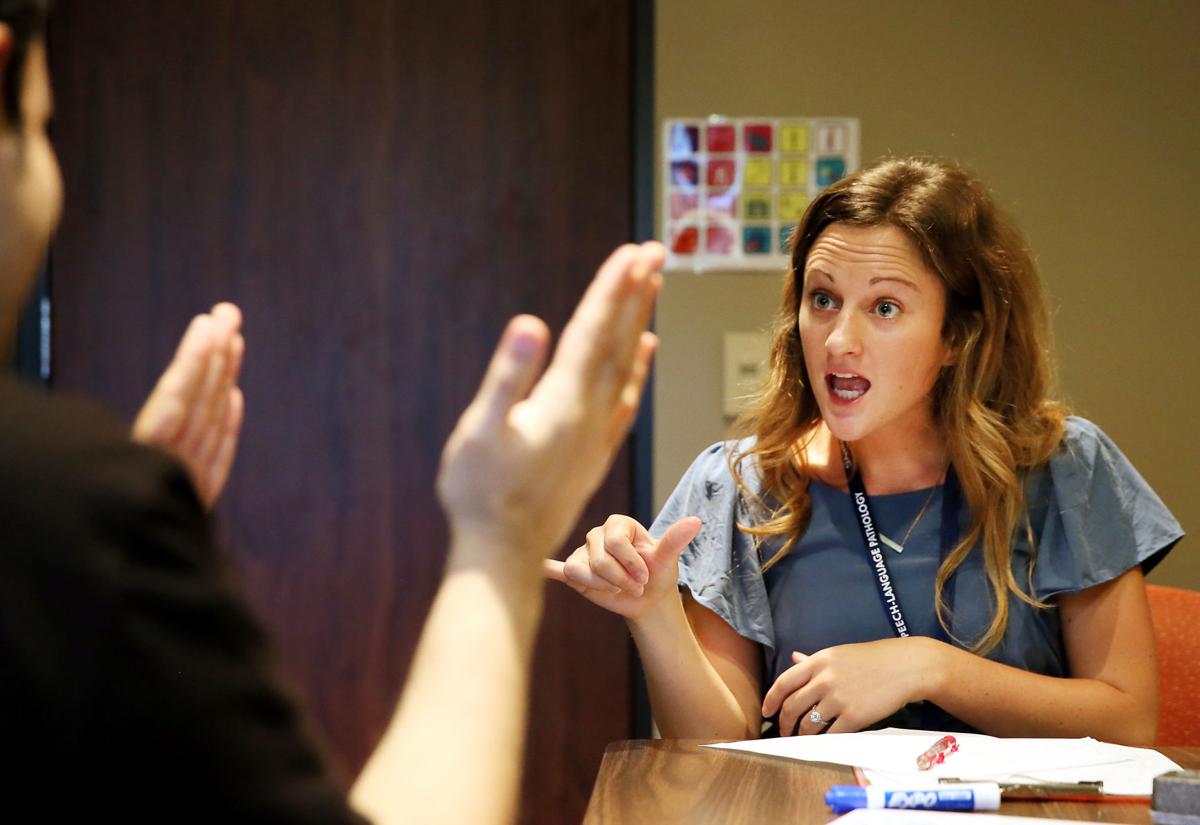 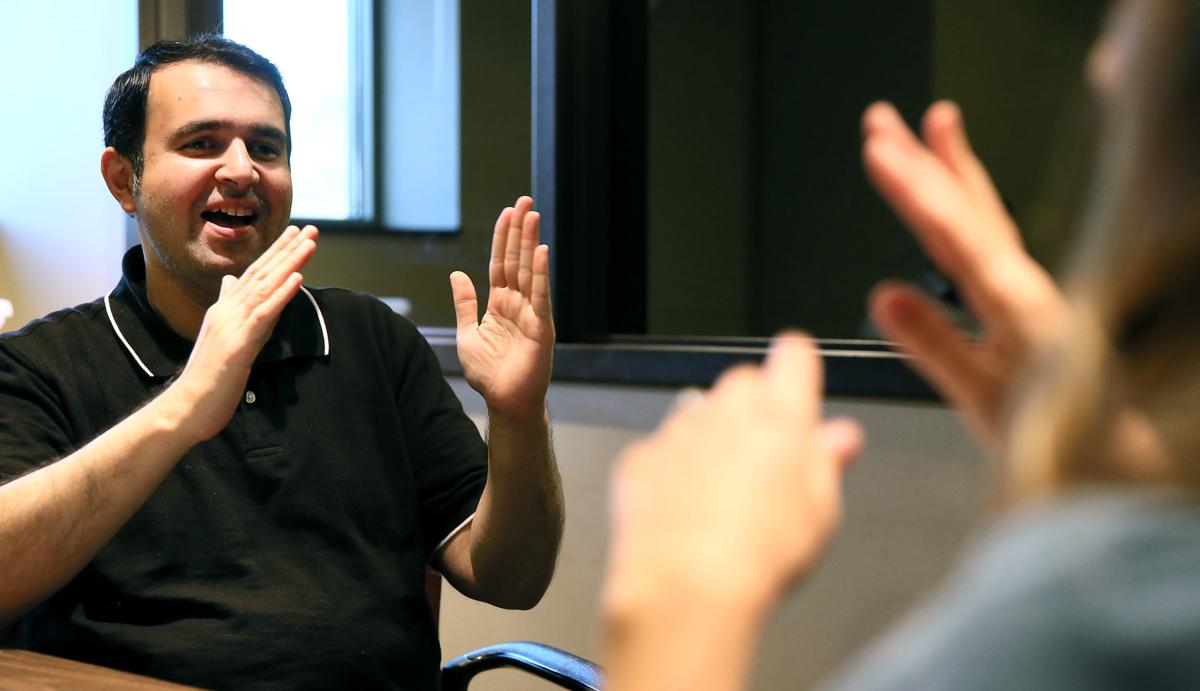 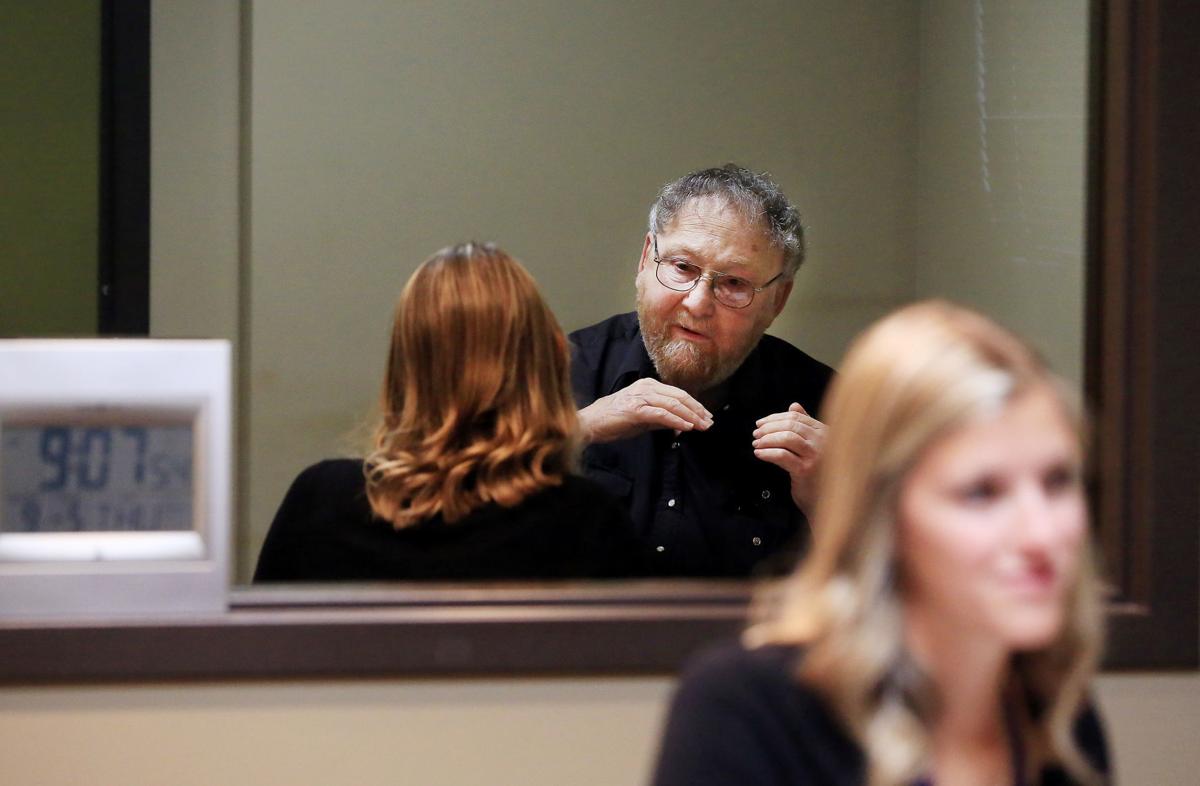 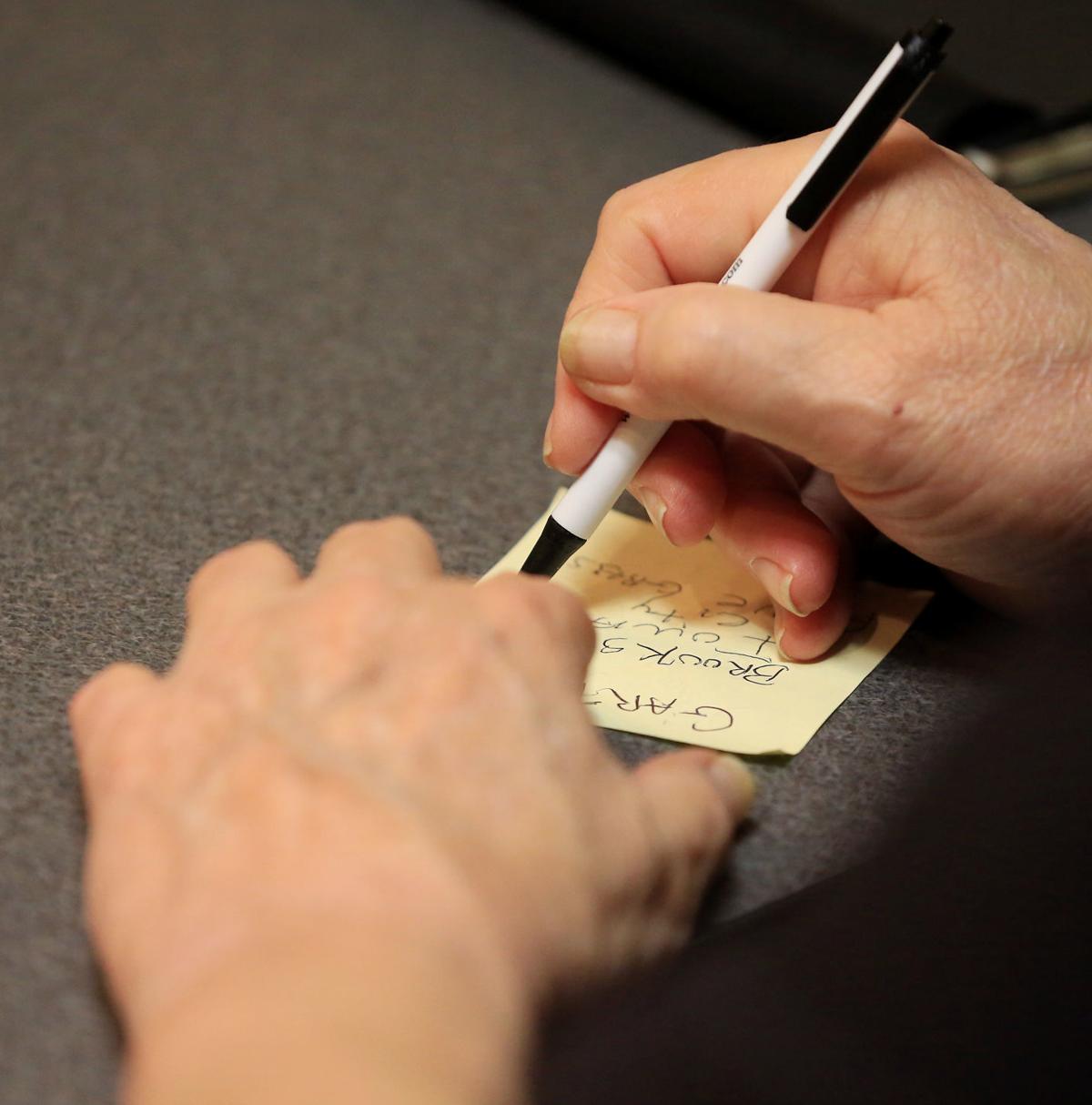 When he's not able to communicate with words Alan Lemming writes on a sticky note while working with Jessica Stiefer a first year Speech Language Pathology student at St. Ambrose University's at the Rite Care Clinic on West Pleasant St. in Davenport, Iowa Thursday, September 5, 2019. 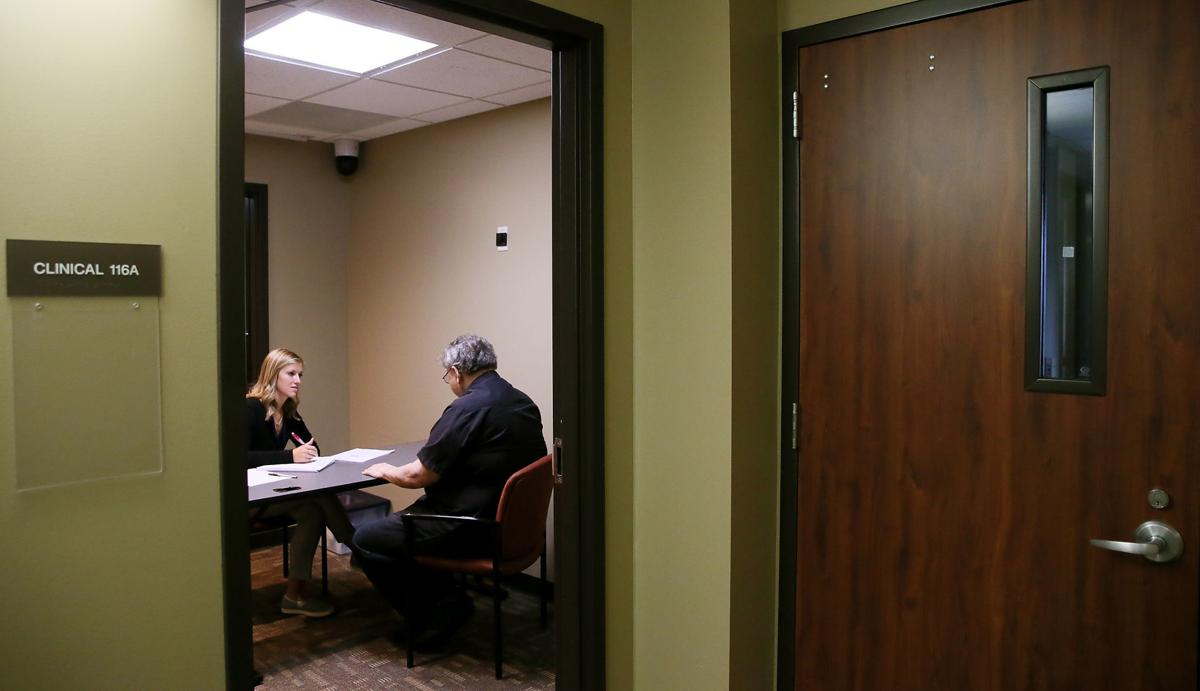 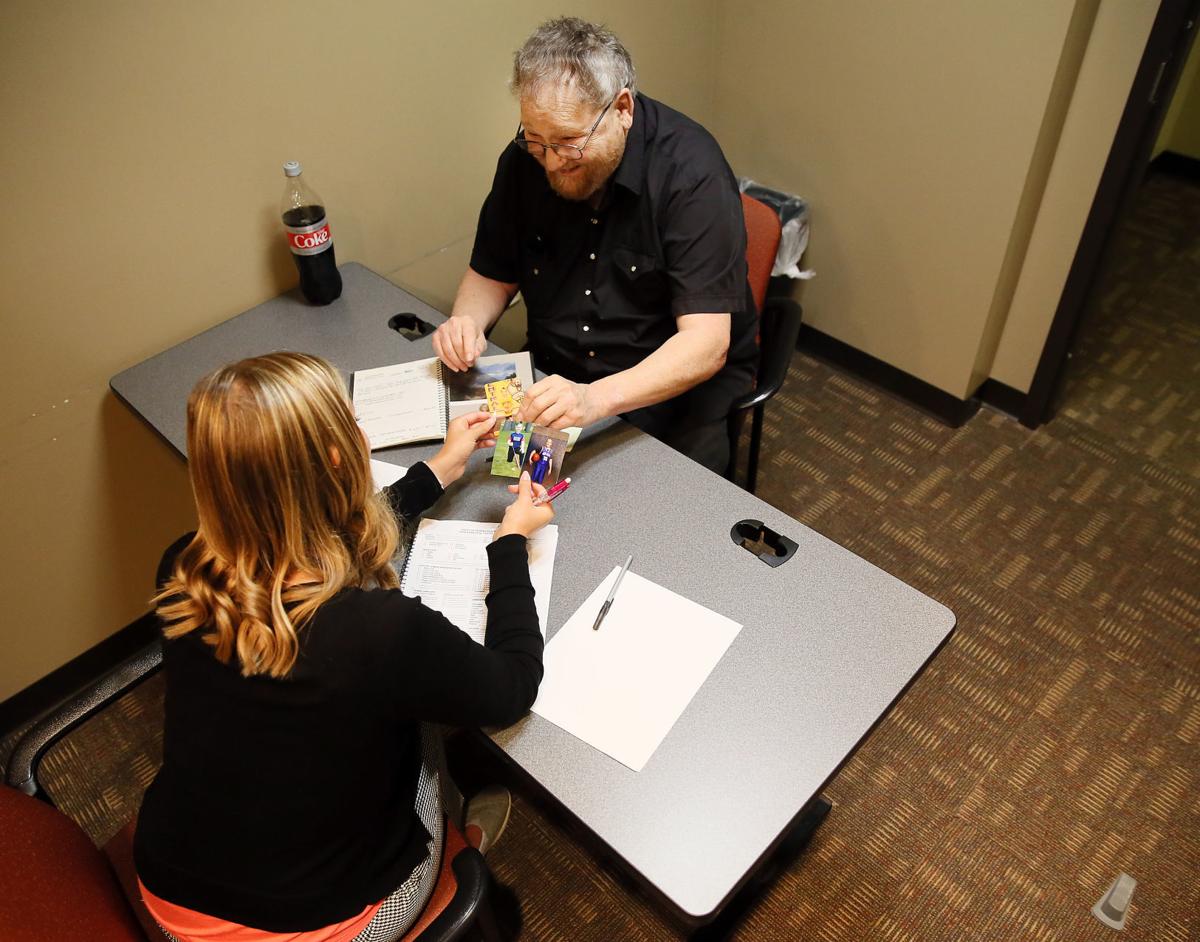 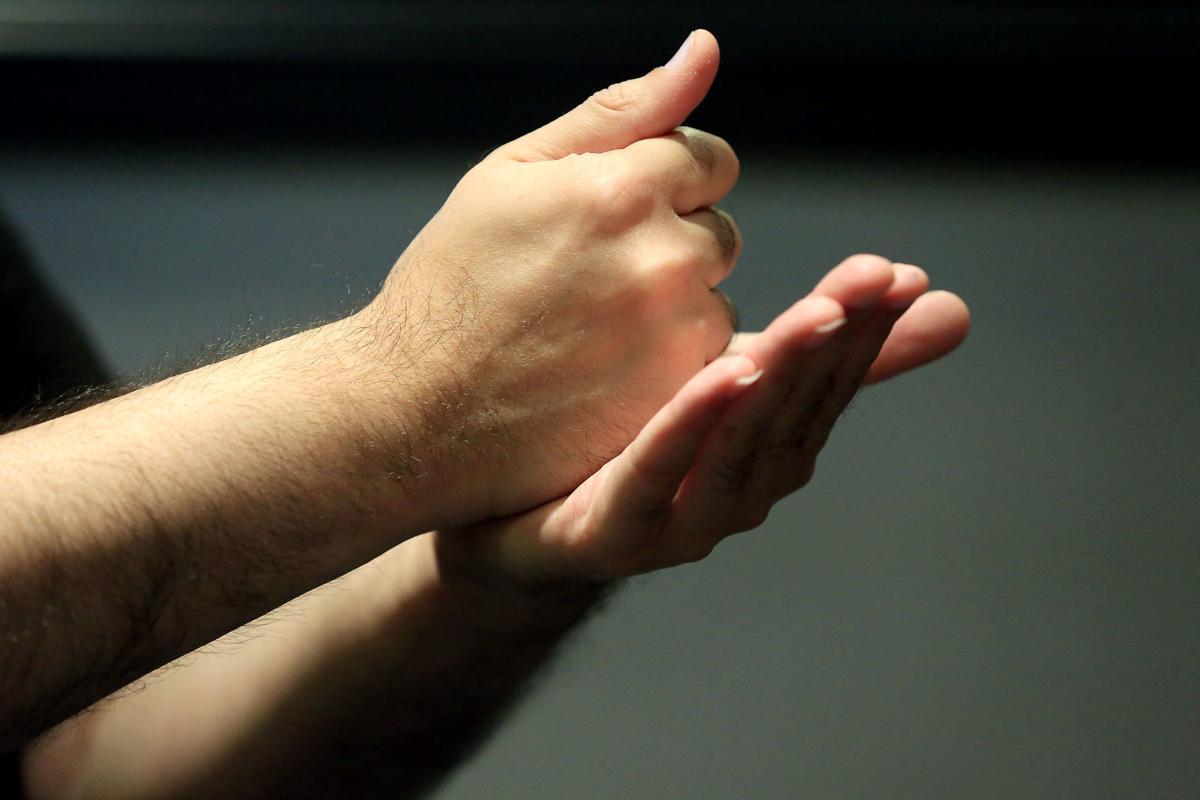 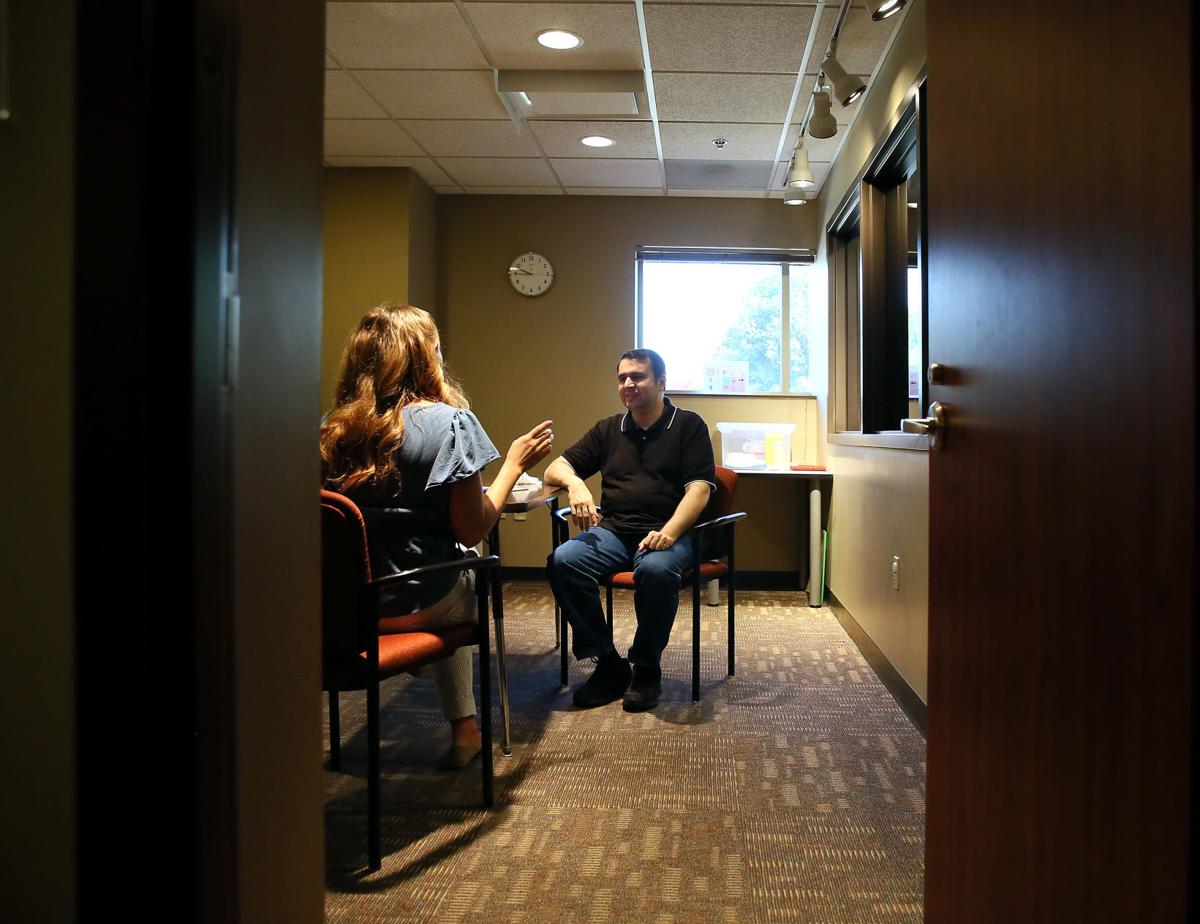 When he's not able to communicate with words Alan Lemming writes on a sticky note while working with Jessica Stiefer a first year Speech Language Pathology student at St. Ambrose University's at the Rite Care Clinic on West Pleasant St. in Davenport, Iowa Thursday, September 5, 2019.

Alan Lemming has made progress since a stroke and heart attack left the right side of his body numb.

After he had the stroke, he could only speak one word, and the right side of his face was numb, making it hard to swallow pills.

After eight years of treatments at the St. Ambrose University Rite Care Clinic and lots of hard work, Lemming can hold a conversation now.

"It's good and they're good people," he said.

In its 10th year, the clinic has treated more than 550 adults and children with speech and language disorders, and helped to train 235 speech-language pathologists.

Elisa Huff, program director, was hired in 2009 to create a graduate speech pathology program at St. Ambrose. She previously worked at universities that held speech pathology clinics in conjunction with the Scottish Rite Masons organization, which helps children with speech and language disorders.

"That's when we became not just what was going to be a Speech/Language Pathology clinic affiliated to the undergraduate program, but actually the Rite Care Clinic with some monetary support coming from the Iowa Scottish Rite Masonic Foundation," Huff said.

Clients are seen Monday through Thursday at the Davenport clinic. Graduate speech language pathologists conduct the therapy sessions, closely supervised by a professor. So the student is gaining clinical and educational knowledge.

"Especially with our older clients, there comes a nice relationship that they're getting therapy, but they know they're participating in the education of a student," Huff said.

Another benefit is the cost. It's free.

Communication disorders are different for children and adults. Adults often have a traumatic brain injury or stroke that hurts the communication skills they had in the past. About 80,000 people a year will have a stroke that causes aphasia, or a loss in the ability to understand or express speech, Huff said. That causes difficulty with reading, writing and talking. Children, in contrast, will have a disorder from birth. Those can cause difficulty in learning and expressing themselves.

Huff loves that the students and faculty work in the community, serving people who can't get to the clinic, or children who aren't diagnosed with a speech disorder until they start school

The clinic works with organizations like Friendly House, Hope at the Brick House and the St. Ambrose Children's Campus in Davenport to screen children and provide services to those who need it.

"So I really love that we work with some of the non-profits in the community that are working with some populations that are lower socioeconomic status," Huff said.

Lemming said the clinic keeps him driven to improve.

"I think it's going to be okay for me," he said. His new goal: get better, any way he can.

Get exclusive local and national political news in your inbox.