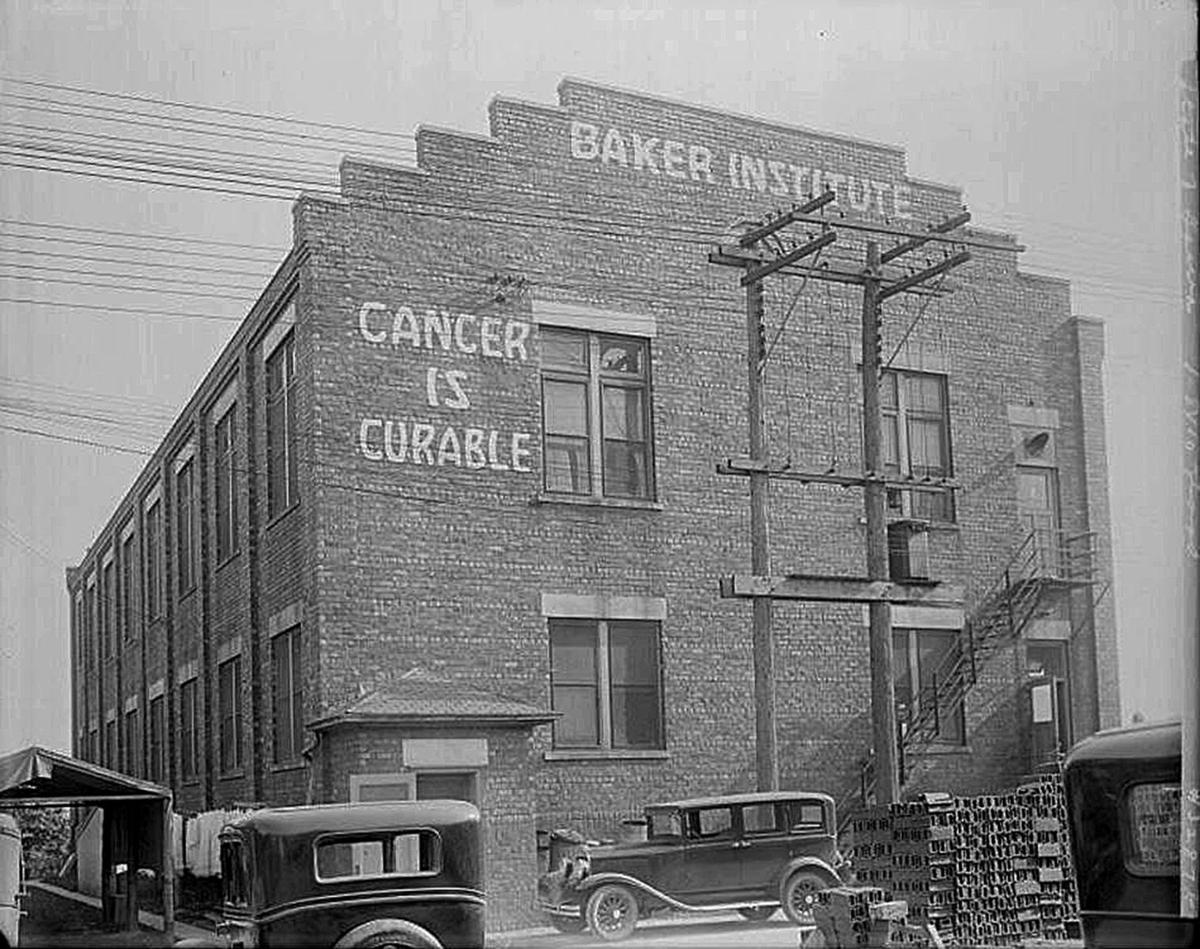 An exterior photograph of the back of the Baker Institute located at 405 E. Front St. taken for the court case of the State of Iowa vs. Norman Baker. Baker Institute claimed to be a cancer hospital, but its founder, was accused by the American Medical Association of practicing "quackery." 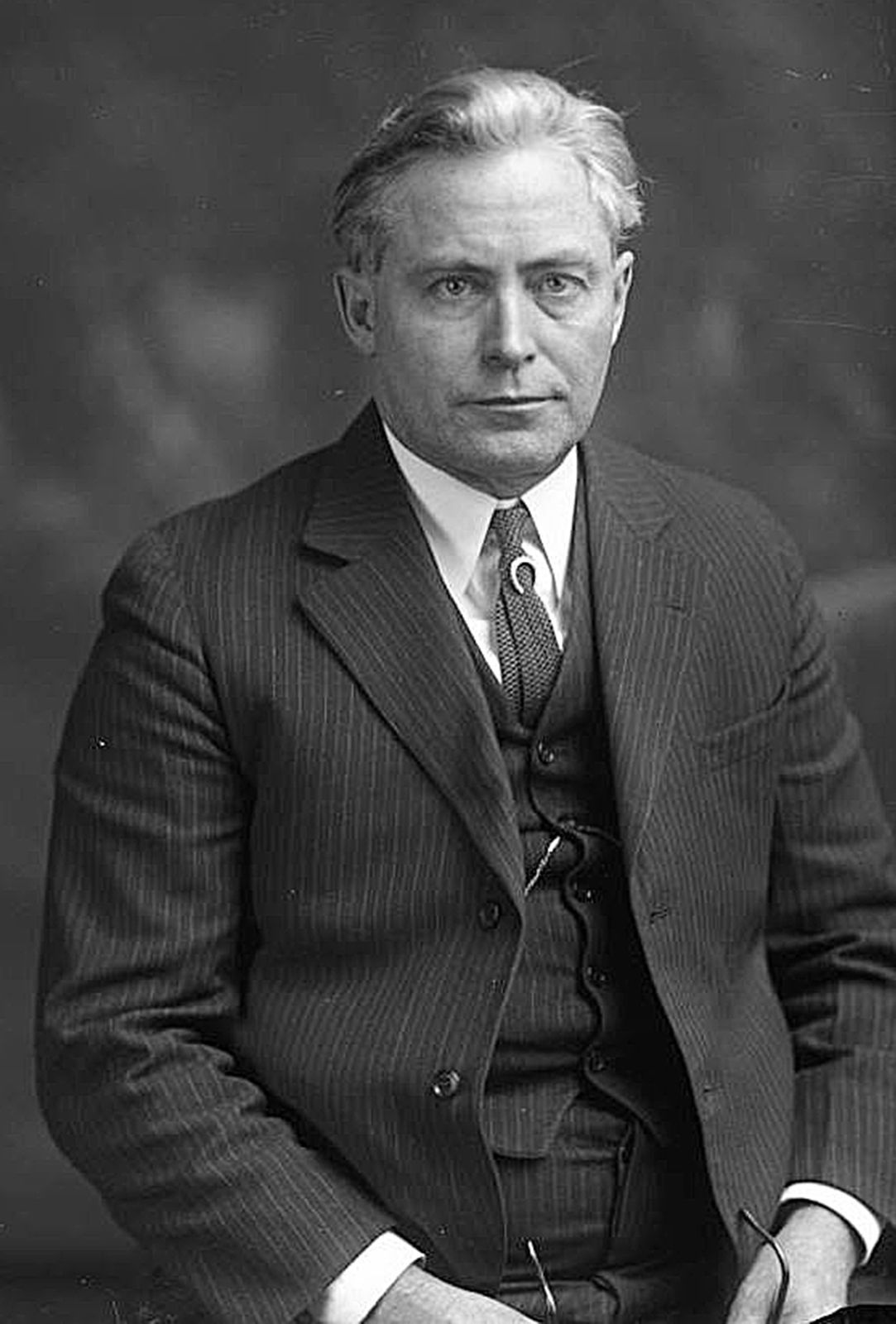 Norman G. Baker, founder of the Baker Institute, was known as the “Man in Purple” because he often wore a white suit and purple tie.

MUSCATINE — One of Muscatine’s most famous (and infamous) residents has received renewed attention.

The story focuses on discoveries made in the last year at the Crescent Hotel — known as America’s Most Haunted Hotel — in Eureka Springs, Arkansas.

In 1937, the Crescent Hotel was a hospital, home to Baker’s second cancer institute. His Muscatine hospital was shut down in 1930.

“Norman Baker is not a doctor. Norman Baker is a charlatan,” Macgregor wrote, “Baker promises life and vigor. No surgery, no radiation. Just Formula 5 and the power of positive thinking.”

On Feb. 5. 2019, gardener Susan Benson discovered a dump site of 400 bottles containing fake specimens and ‘tumors’, and medical tools such as a formula spoon and bone saw, all buried behind the old hotel. While it’s unclear who buried them, there’s no dispute the bottles belonged to Norman Baker, who used them as “proof” that his so-called cure worked.

Macgregor explains the history of the hotel, how it became a spot for ghost hunters and enthusiasts alike, and the eventual fate of Baker — who was still a big part of the hotel even before the 2019 discovery. The fourth floor museum and the hotel’s old morgue are two of the stops on the hotel’s “ghost tour”, and the manager of the tour, Keith Scales, performs a one-man Norman Baker show.

In November 2019, another historical piece on Baker was released as part of the Muscatine Independent Film Festival. Chad Bishop, one of the creators of the festival, premiered his documentary “The Baker Institute”, focused on Baker’s first hospital and his schemes in Muscatine.

Bishop was inspired to make the movie from hearing his grandmother’s stories about Baker, who remembered him trying to sell his "cure for cancer." Bishop interviewed several people and residents for the project. “It’s a story you couldn’t make up if you tried,” he had described it.

Macgregor’s article can be read on the Smithsonian Magazine website and “The Baker Institute” and the film “Norman Baker – the Man in Purple” can be found on the Youtube channel “Dreampost Media.”