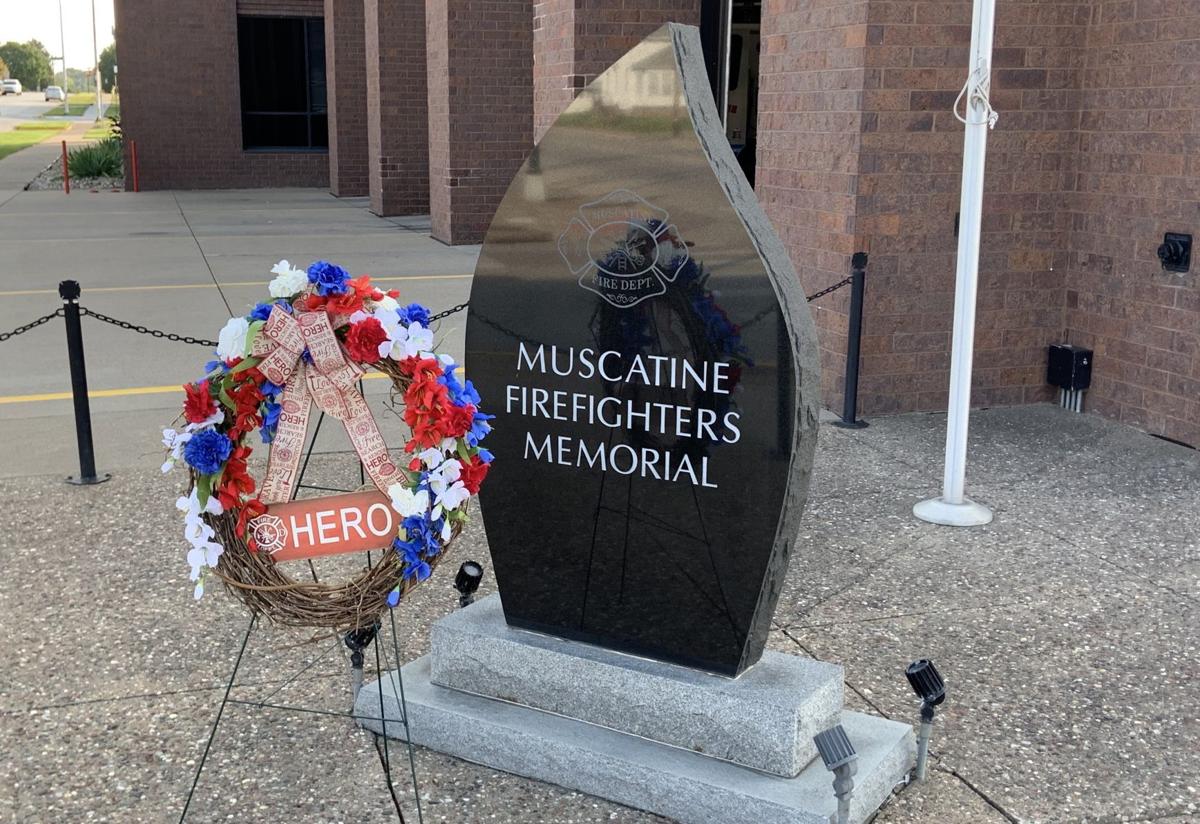 On Monday, Muscatine firefighters took a moment to remember the late Michael Kruse. Kruse was 53 years old when he died, and Monday was the 18th anniversary of his death. 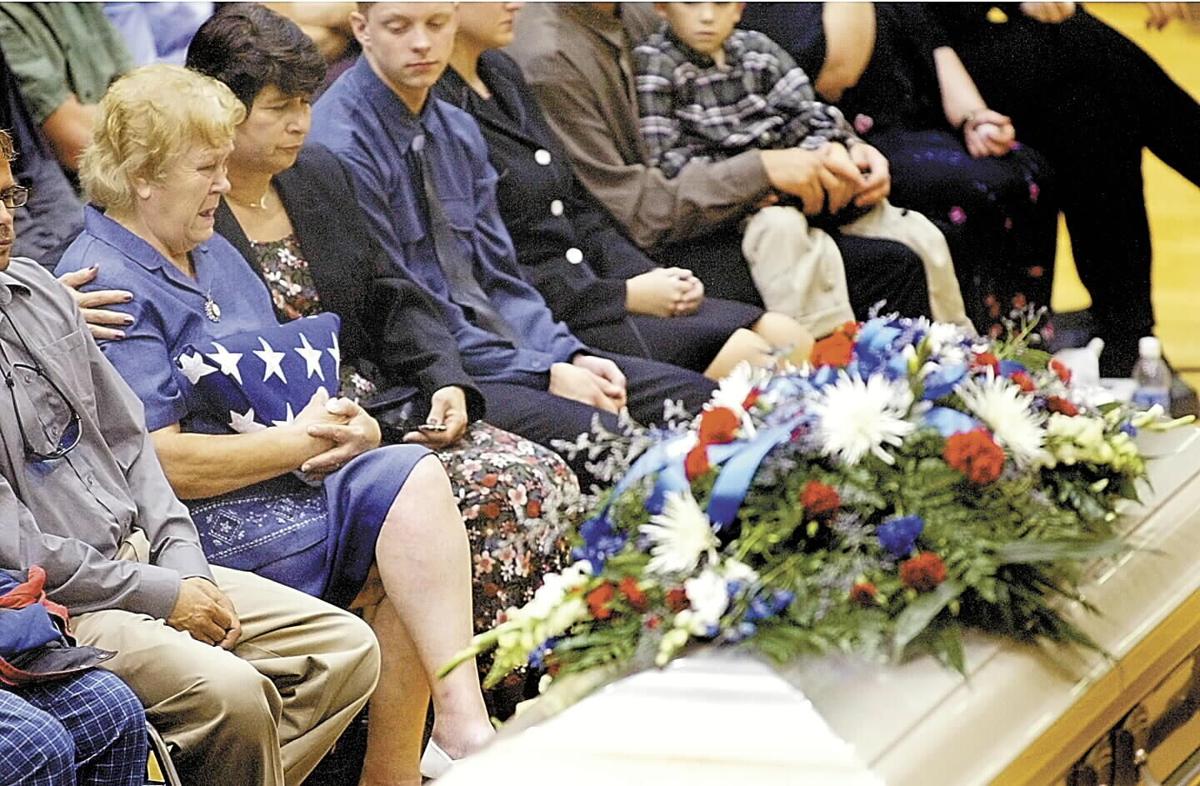 Kathrin Kruse, the mother of Muscatine firefighter Michael Kruse, holds the American Flag as Michael's girlfriend, Noni Axel, applies a hug during a memorial service at Muscatine High School in 2002.

MUSCATINE — On the corner of 5th Street and Cedar in front of the Muscatine Fire Department, there stands a memorial for all to see, dedicated to those firefighters who lost their lives while on duty.

This week, a new wreath now sits in front of the memorial in order to honor one specific Muscatine firefighter’s legacy.

On Monday, Sept. 14, Muscatine firefighters took a moment to remember the late Michael Kruse. Kruse was 53 years old when he died, and Monday was the 18th anniversary of his death.

Kruse died while battling a three-story multi-family house fire at Orange and East 6th Street. Kruse had been part of the department’s Green Shift and had been working on the house’s roof with another firefighter when he fell through.

“I think about the people who have missed great knowledge and great experience that could have been passed down from him because of our loss, and I just really miss him,” said Captain June Anne Gaeta, who placed the wreath on Monday.

“We hope we don’t ever have this happen again. We don’t want it to happen period, and we’re hoping (his death) is the only one we’ll have,” Gaeta said.

Muscatine Fire Department emphasizes training and safety, something Kruse himself took very seriously and held in high importance, he said.

“On the fire department, (Kruse) was a fantastic role model,” Gaeta said. “He followed all of the rules to a 'T' and encouraged young people to learn all the ins and outs and all the risks of the job.”

Kruse was also always willing to train and teach the new firefighters to prepare them for the job.

“He wanted everybody to be safe and follow all the safety guidelines we have. He loved his family, and he also loved the fire department,” she said.

According to the memorial written by his children, Kruse was someone who “never wanted to be recognized for all the wonderful things he did, always putting others before himself, and stood for what he believed in."

Gaeta said Kruse as a sort of father figure to her.

“I always looked up to him… I was the first female firefighter in the department, and when I started 26 years ago, that was an unusual thing.”

“I think that’s how he looked at everything, and we look at it that way as well,” Gaeta said. “Everybody is somebody’s family member… and we treat everyone as if they were our family member. That’s how we think, and he was very good at that.” When asked what she thought Kruse enjoyed most about being a firefighter, she believed that he liked helping people in their worst moments and doing it safely, as well as the brotherhood that came with working in the fire department.

“He was an outstanding person. He was a family man, and he kept the fire service in his heart – he loved both,” she said. “If you wanted someone to be a role model or a mentor, he was the person you wanted.”

MUSCATINE — On Thursday evening, Muscatine High School held their annual homecoming parade to the delight of spectators and students.

MUSCATINE — The Muscatine Police Department is investigating reports of a shooting early Saturday in the 200 block of East Eighth Street.

One killed, two injured in accident Friday on Highway 61

WAPELLO — A Burlington man was killed and two Wapello residents injured Friday as the result of a crash on Highway 61.

MUSCATINE — When a restaurant first opens, it can sometimes be a struggle to keep the doors open, especially when the unexpected happens.

WAPELLO — The date for Wapello’s Trick or Treat Night will be the traditional Oct. 31, but the city council agreed Thursday to alter the hours…

On Monday, Muscatine firefighters took a moment to remember the late Michael Kruse. Kruse was 53 years old when he died, and Monday was the 18th anniversary of his death.

Kathrin Kruse, the mother of Muscatine firefighter Michael Kruse, holds the American Flag as Michael's girlfriend, Noni Axel, applies a hug during a memorial service at Muscatine High School in 2002.