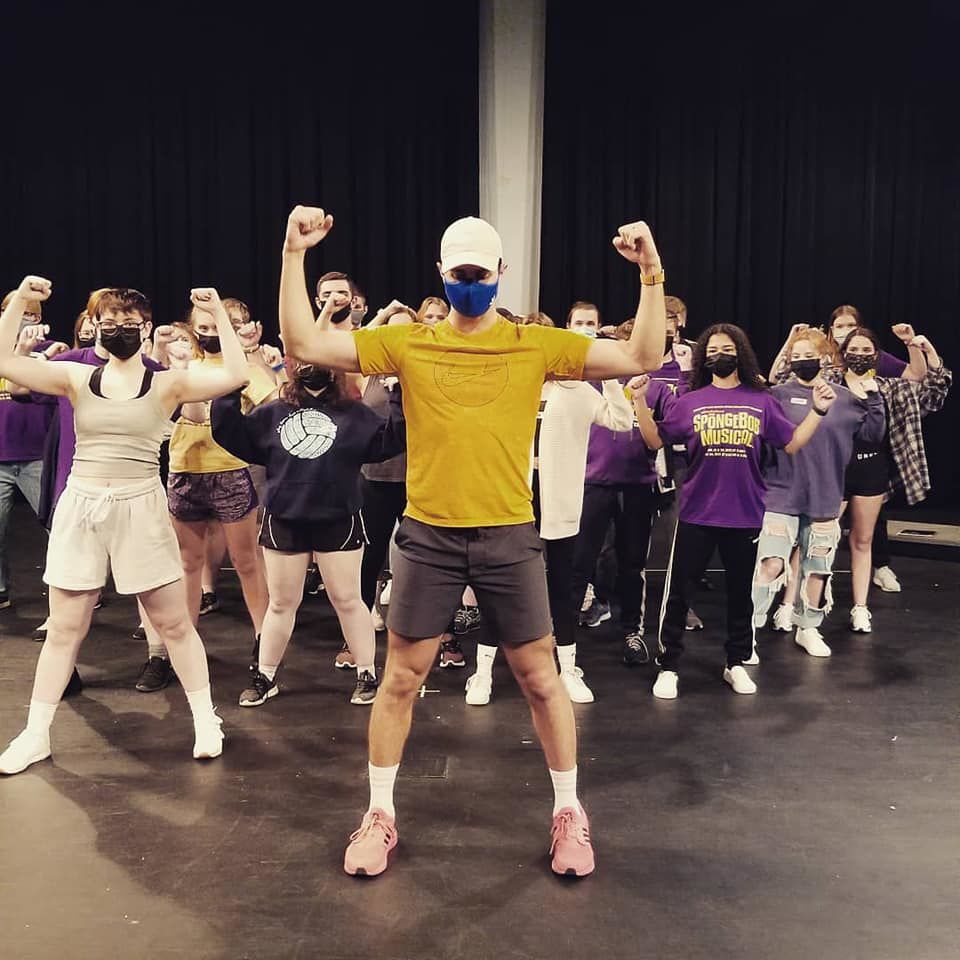 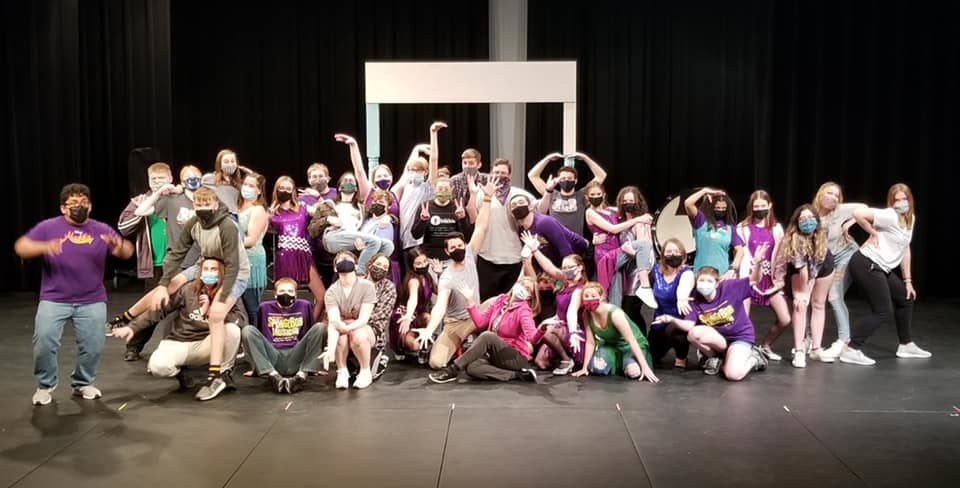 On April 22 – 24, the MHS drama department performs 'The Spongebob Musical,' with shows at 7 p.m. and a matinee Saturday at 2 p.m. In-person and virtual options are available, and tickets can be purchased at muscatinehs.booktix.com. All tickets must be purchased in advanced.

MUSCATINE – In two weeks, the Muscatine High School Drama Department will bring the world of Spongebob Squarepants to life in its spring musical.

Broadway's “The Spongebob Musical" features Spongebob and his friends in their attempts to save their town from being destroyed by a volcano.

MHS drama director Rene Mauck said she had wanted a show they could be flexible and creative with, and have a story with an uplifting and encouraging message. She had also wanted a show filled with quirky characters that was more cartoon-y than traditional theater.

“I have these kids that are all very unique character-types, and not all of them are your traditional leads, and I thought wouldn’t it be nice to do a show that suits their ability to do quirky stuff?” Mauck said.

Mauck said her students were unsure about it.

“I think they had that reaction like ‘really, we’re doing this?’ But they just had to do a little research, and then everybody was on board,” she said, “I hear them talking about their favorite scenes and songs. They’re very enthusiastic about this show.”

Micah Smith is playing Spongebob, an optimist. Although it’s outside his usual casting as a serious "thinking man," Mauck felt that it was a great role for him.

“(Smith) is very versatile, and I think it’s great for him to have this opportunity to branch out to a character who’s always positive and isn’t really worried about thinking things through,” she said. “So it’s a way for him to stretch a different side of his acting skills.”

Ana Poffenbaugh, who played his sister in last fall’s, “Leaving Iowa," will be Sandy the squirrel, while freshman John Awbrey is Squidward Tentacles. “He’s only a freshman, but he just has this fantastic ability to find that voice, and he’s also very flexible, which fits very well for the character’s physical style.”

Gabe Salazar is Patrick Star, Lars Scholze is Mr. Krabs, CJ Gibson is the evil Plankton, and Meagan Grey plays his computer wife, Karen. “It’s based on a cartoon, but they’re all still able to humanize them just enough,” Mauck said.

The sets were an opportunity to think out of the box such as having the pit orchestra on stage sitting on risers designed to look like a coral reef.

“We can’t do what Broadway did, but we can still do something cool,” she said. “Because it’s a cartoon, we can be more creative. It doesn’t feel like a cheesy set-piece, it’s more like ‘oh, that makes sense as a design idea.’ I really love that about this show.”

Mauck brought in Rivera, who has danced on Broadway, to choreograph. “He really made the choreography his own. It was just fantastic, and he was really great with the students. I’m so pleased with what he brought to the show.”

Mauck hopes people don’t judge the show by its name, or by its relation to a cartoon. “It’s family friendly, but adults are going to love it too,” she said. “I think people will be surprised at how entertaining it is, and I hope that people will come and support it.”

“The Spongebob Musical," runs April 22-24, with shows at 7 p.m. all three nights, and a 2 p.m. matinee Saturday. Both in-person and virtual options are available, and tickets can be purchased at muscatinehs.booktix.com. Tickets must be purchased in advance.

MUSCATINE – During discussion of a proposed East Hill Fire Station, Muscatine Fire Chief Jerry Ewers told the council the new station could re…

Hanson Farms' owner had his Facebook page hacked. Then things got rough for his business.

WAPELLO – Last month, Hanson Farms in Wapello used social media to advertise its business, spread awareness and raise money for a good cause.

'A sign of relief, and a promise of hope' Open vaccine eligibility begins in Muscatine County

MUSCATINE — Due to the continuing COVID-19 health crisis, a hearing for a Letts man accused of trying to kill two people in the parking lot of…

And then suddenly this guy was walking toward me menacingly with his right arm reaching for something behind his back.

MUSCATINE COUNTY — Last Friday, Governor Kim Reynolds officially signed what many are calling the “constitutional carry” bill, which will take…

On April 22 – 24, the MHS drama department performs 'The Spongebob Musical,' with shows at 7 p.m. and a matinee Saturday at 2 p.m. In-person and virtual options are available, and tickets can be purchased at muscatinehs.booktix.com. All tickets must be purchased in advanced.