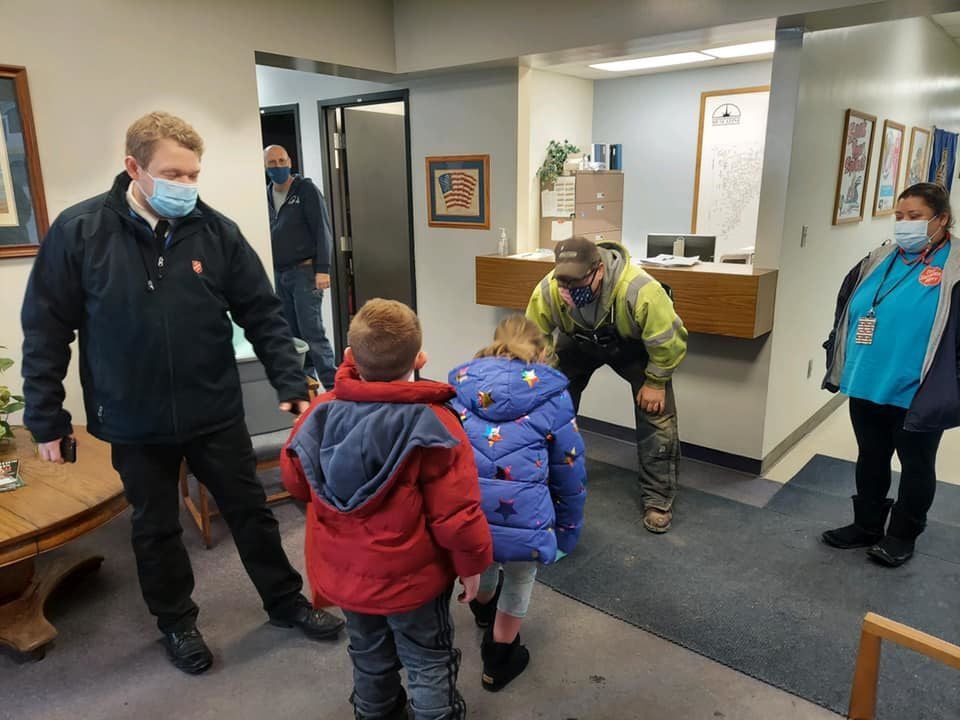 The Salvation Army youth group delivers 13 'Bags of Blessing', one for each of the plow drivers at Public Works. 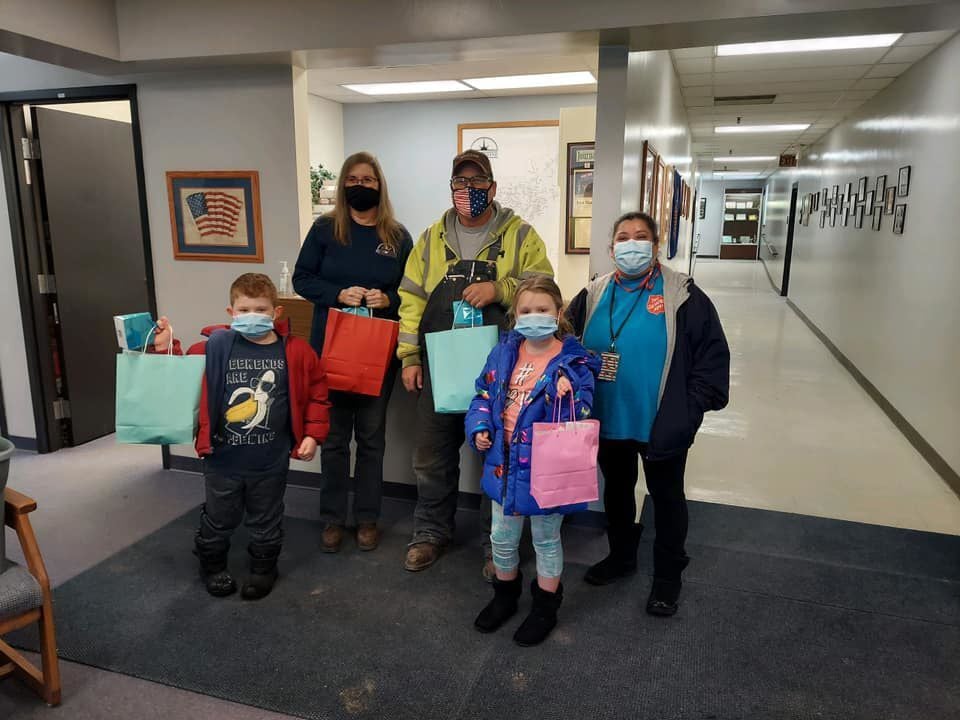 'It was really touching and heartwarming knowing that the public – and these kids in particular – thought that it was important to thank our drivers,' Public Works Director Brian Stineman said.

Last Friday afternoon, the Salvation Army youth group delivered 13 "Bags of Blessing," one for each of the plow drivers at Public Works.

Each included treats such as gum, candy and granola bars, a Salvation Army teddy bear, hand and feet warmers, candles, an air freshener for their plow, temporary tattoos, and even a handwritten poem done by a sixth grade member of the youth group.

“For the month of February, we have been working on showing kindness and love,” Mary Darnell, youth specialist for the Salvation Army said. “Last Tuesday, we focused on ‘going the extra mile’.”

Darnell said this is something the group does once or twice a year, where the group picks someone in the community who they feel has been “going the extra mile” and show their appreciation towards them. In the past, they have honored the police department and the Muscatine High School football team.

The kids decided to honor snow plow drivers after the weather events of the past month.

“I left deciding what would be in the bags to the kids,” Darnell said. “Some of my kids actually have family members who are snow plow drivers for the city or county, so they actually made extra bags that they were able to give their loved ones later on.”

Brian Stineman, public works director, said the bags came as a surprise to his plow crew. “(The Salvation Army) called earlier that week and asked if we would be around… We were busy so not everyone was able to be there when they showed up for the delivery, but it was a really pleasant surprise.”

“When (the kids) see that, that helps them grow and know what kindness is, and what it means to show love and God’s light to other people,” Darnell said.

Tammi King, a plow driver, said that it was a great experience. “We always like it when people do things like that, and it was very nice of them to do that.” She also appreciated all the treats included in the bag. “We all like it because honestly we all like to eat out here, and we all have sweet-tooths.”

“It was really touching and heartwarming knowing that the public – and these kids in particular – thought that it was important to thank our drivers,” Stineman said. “It’s one of those jobs that just gets so taken for granted this time of year, so know all of the crews were very appreciative of the things they got in their bags.”

“Everyone just needs to keep showing kindness and being humble towards one another,” Darnell said. “Love goes far, and it’s all about showing love to one another.”

MUSCATINE — A local photographer is only a couple weeks away from opening up her new photography studio in downtown Muscatine.

MUSCATINE — Vaccine Phase 1B in Muscatine County could take until late summer to complete.

MUSCATINE — In January, the students and staff at Grant Elementary School held a door decorating contest and fundraiser to honor a classmate a…

Muscatine residents press for MPW to change to renewable energy

MUSCATINE -- The planning continues at Muscatine Power and Water to switch from coal fired to natural gas fired power generation, and some loc…

MUSCATINE — This week, Collaboration 1, in association with Vision 2020 and Crossroads, Inc., announced a “fresh look at how to support and pa…

The Salvation Army youth group delivers 13 'Bags of Blessing', one for each of the plow drivers at Public Works.

'It was really touching and heartwarming knowing that the public – and these kids in particular – thought that it was important to thank our drivers,' Public Works Director Brian Stineman said.