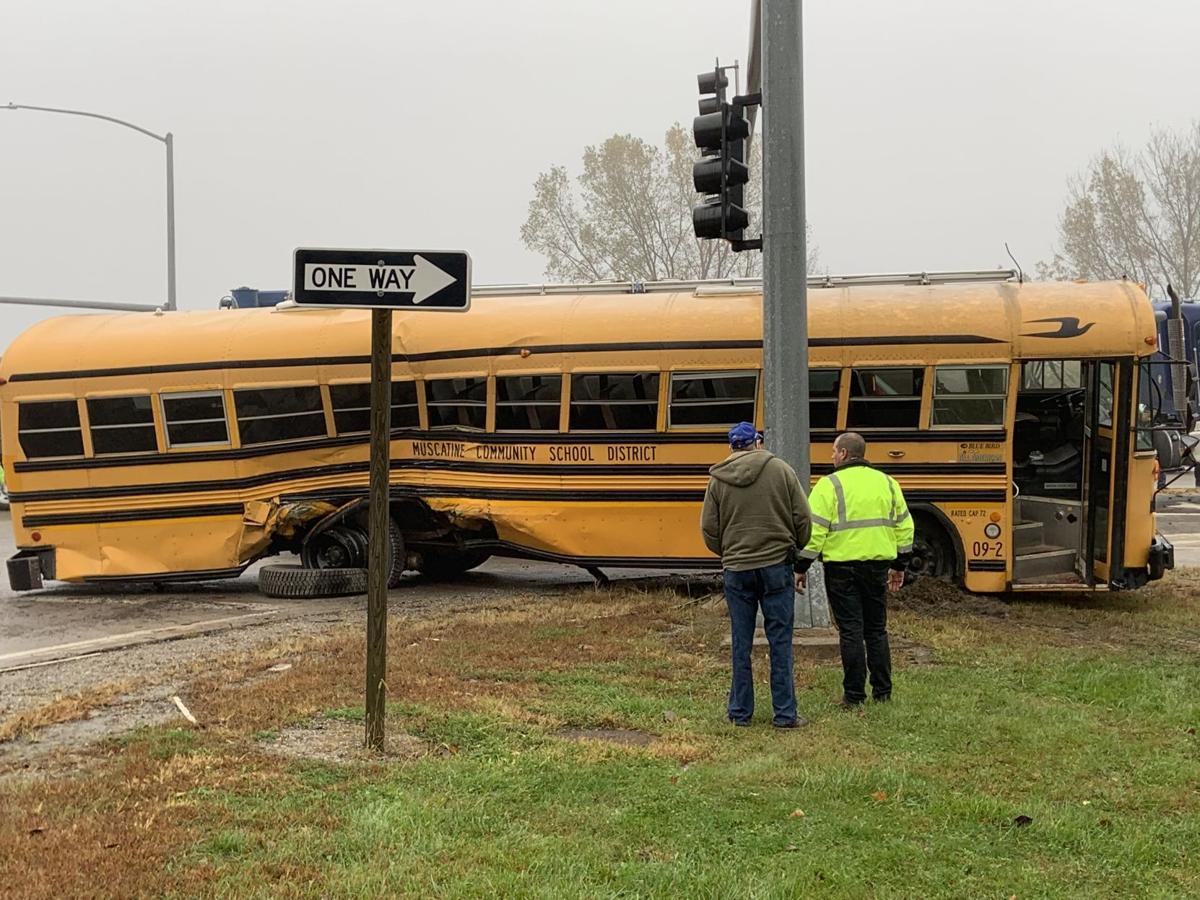 A MCSD bus has been deemed a "total loss" after being involved in a crash Thursday morning on Highway 61. No students were on the bus at the time. 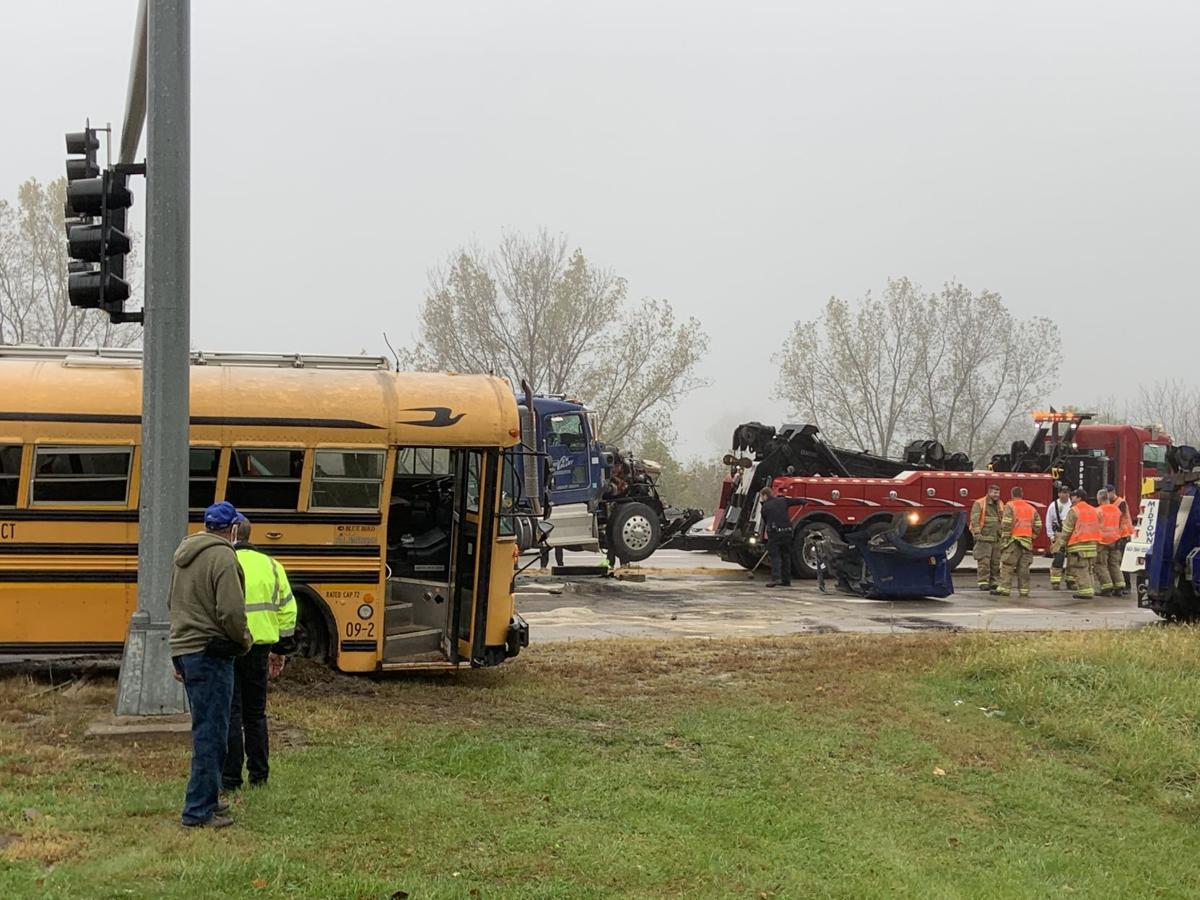 First responders arrived at the crash site to help clean up. Only minor injuries have been reported so far, and there were no fires or spillage of hazardous materials.

MUSCATINE — At 8:15 a.m. Thursday, a Muscatine Community School District bus was involved in a crash with a semi on highway 61, outside of the bus barn.

No students were on the bus, and the driver sustained minor injuries and was taken to UnityPoint Trinity-Muscatine by district staff.

The other vehicle was a River Valley Cooperative owned semi-truck. Details are under investigation.

The name of the bus driver has not been released. The driver of the semi-truck, who has not been identified appeared to be unharmed.

“It was a typical accident, really,” said Battalion Chief Darrell Janssen, who was one of the first responders at the scene. “It looked bad, but it wasn’t really.”

Janssen said there was only property damage, and the semi wasn’t carrying any hazardous materials.

“The only thing we really did was clean up some oil that was spilled on the ground, which is typical of most accidents of that nature,” Janssen said

The MCSD bus was deemed a total loss, officials said. The semi was thought to have significant damage, but the extent of damages is not known.

“While I am extremely thankful both drivers appear to be OK, I am also glad there were no students on the bus at the time of the accident,” Ryan Castle, director of operations at MCSD said. “Thank you to the emergency responders for arriving quickly to the scene and directing traffic.”

MUSCATINE — The trial of a Muscatine man accused of the murder of his girlfriend at Wildcat Den State park on Oct. 17, 2019, has been continue…

Dog to be removed from city after being declared dangerous

MUSCATINE — Jattathias Jalee Hodges, 16, who had been charged as an adult with attempted murder and first-degree burglary in the Feb. 21 shoot…

'The ER never stops': On the front lines of the COVID-19 spike

Medical professionals are pushed to the brink as pandemic rages on

MUSCATINE – The Iowa State Patrol is investigating the death of a 33-year-old Muscatine man on Highway 61 south early Saturday. He was apparen…

Community asked to consider treatment options before heading to ER

MUSCATINE — With a rush in the emergency room at UnityPoint Health-Trinity Muscatine due to a spike in the number of COVID-19 cases in Iowa, a…

Muscatine School Board plan to go to all remote classes start Nov. 19

MUSCATINE — The Muscatine Board of Education will move forward with a temporary virtual learning plan.

A MCSD bus has been deemed a "total loss" after being involved in a crash Thursday morning on Highway 61. No students were on the bus at the time.

First responders arrived at the crash site to help clean up. Only minor injuries have been reported so far, and there were no fires or spillage of hazardous materials.