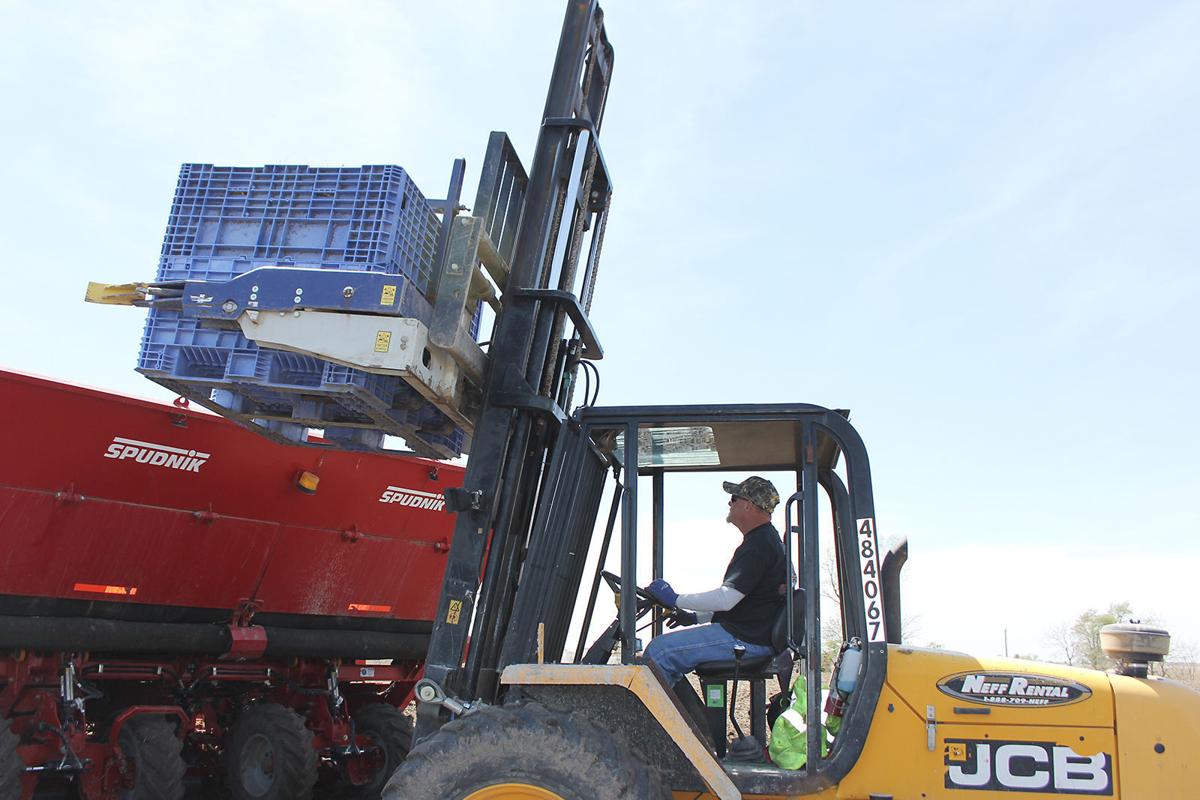 Danny Rowan of Aggrow Tech lifts the Miscanthus rhizomes to the planter on Saturday afternoon. 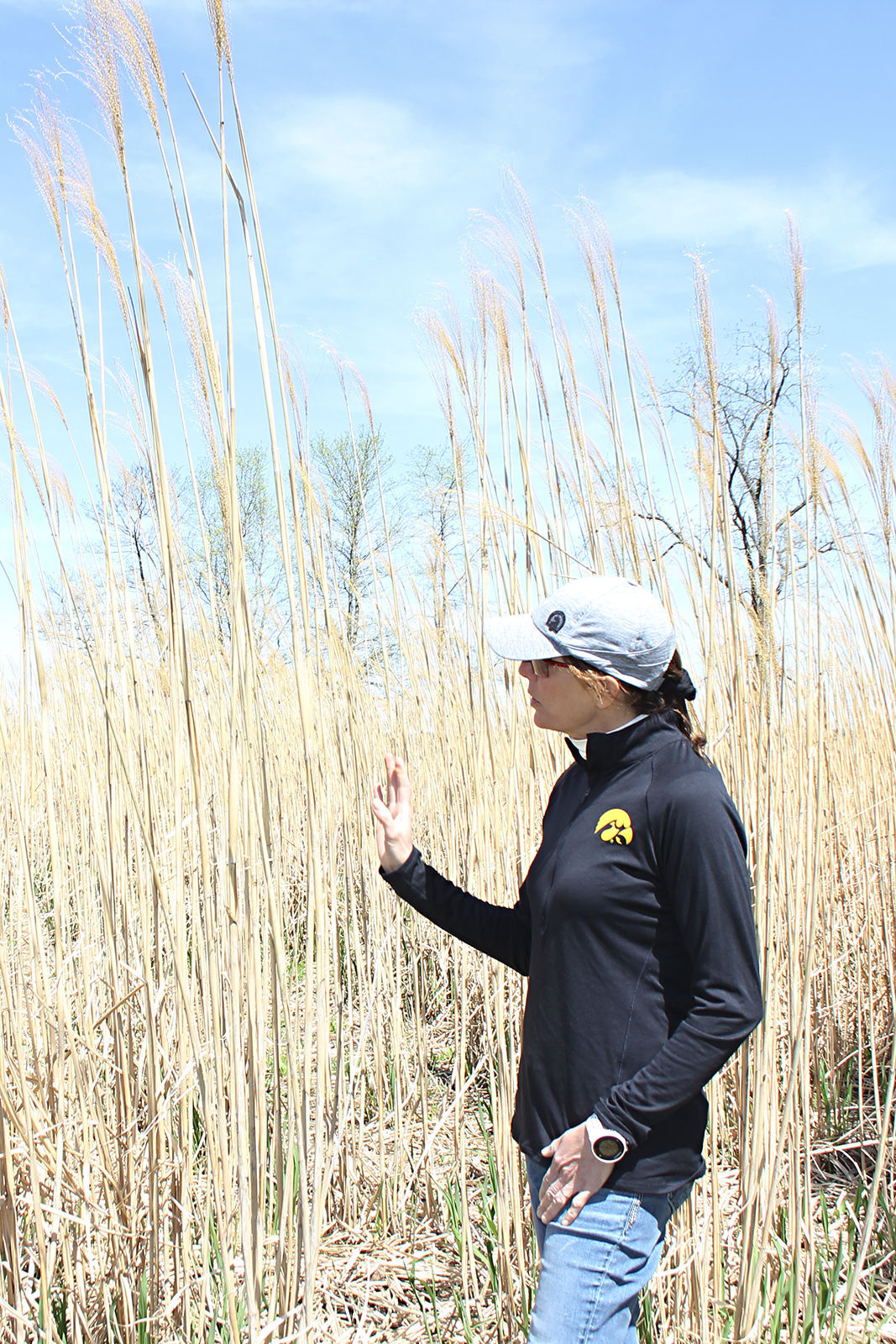 Emily Heaton, an agronomist from Iowa State University, demonstrates the strength of the Miscanthus grass. The grass can grow to be more than 10 feet tall. 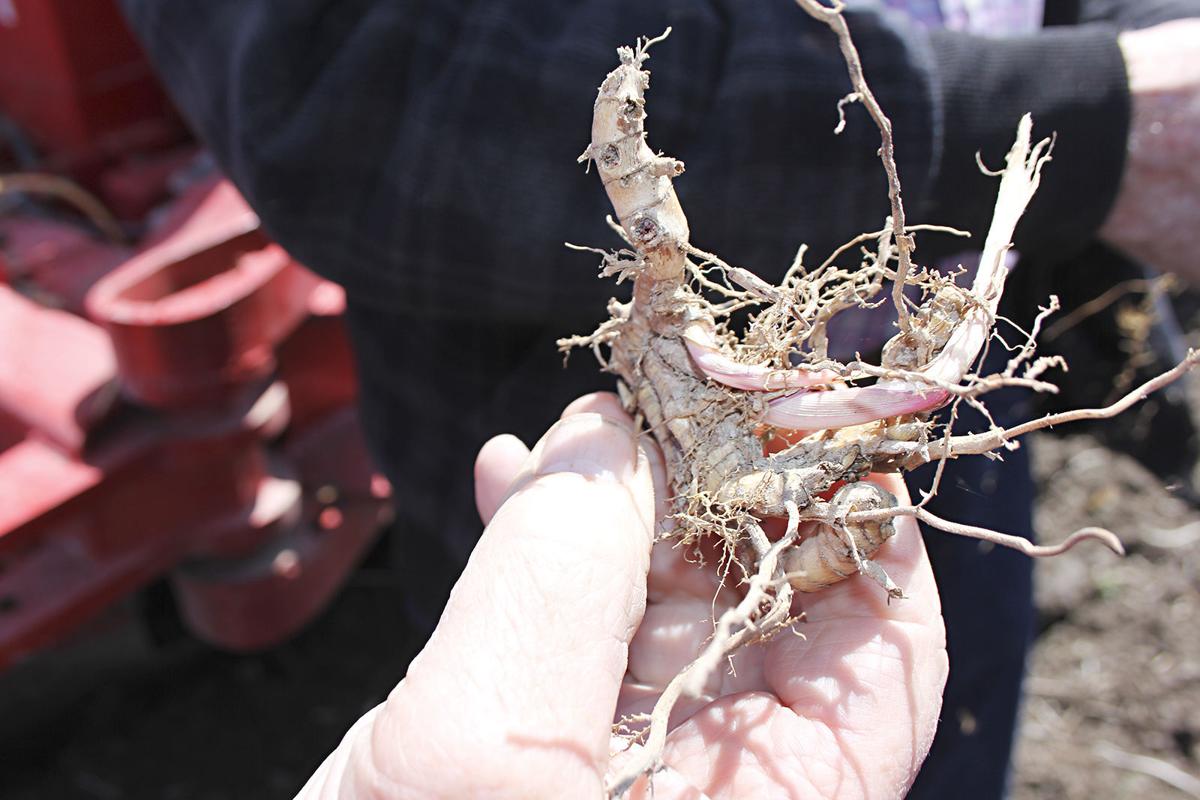 Miscanthus rhizomes can produce grass for 10 to 15 years after they are planted. 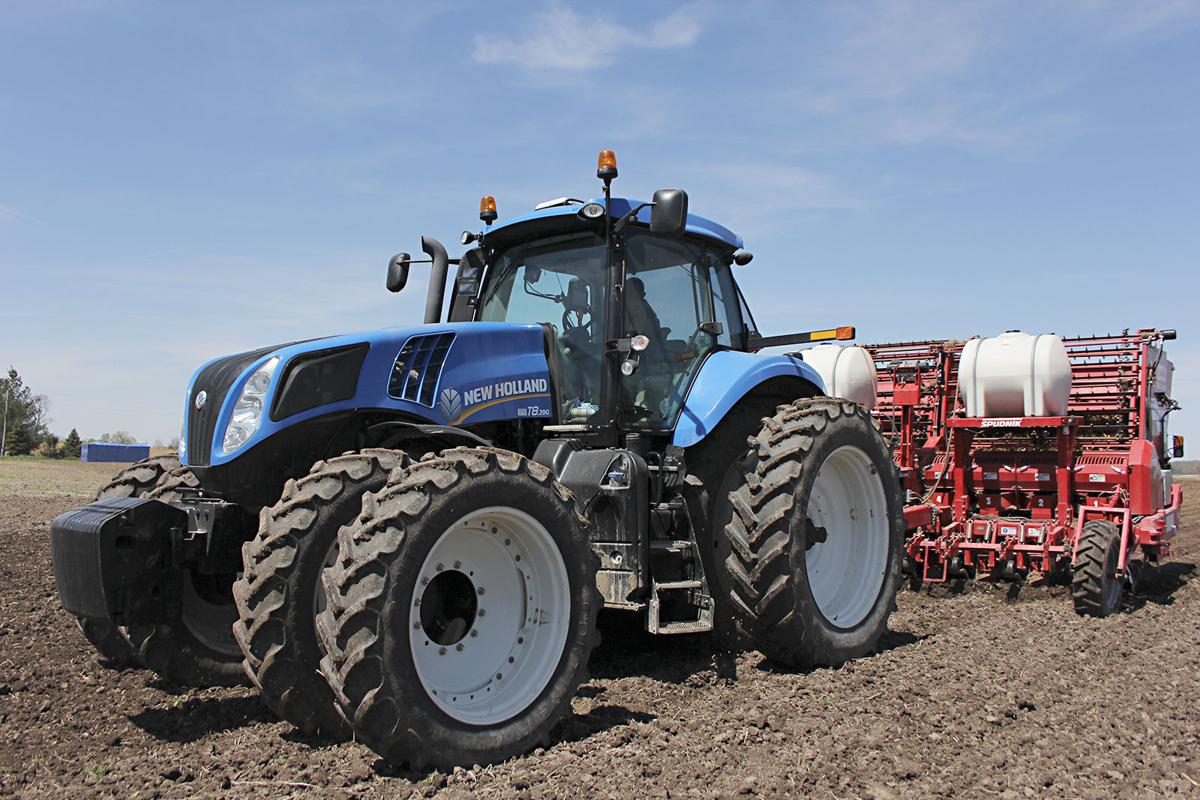 LETTS, Iowa — Jay Kemp isn’t a farmer, but in a few days, he will have more than 100 acres of grass rhizomes on his property.

He won’t have to weed or spray his fields and in a year’s time, when the grass grows tall enough to be harvested, Kemp won’t harvest it.

The University of Iowa will.

The university has been burning the grass, known as Miscanthus, in its power plant to reduce its reliance on coal. At first glance, Miscanthus does not look like much. It begins as ginger-like rhizomes. As a grown plant, it is reminiscent of sugar cane, with a tough dry stalks that sway in the wind.

But burning one acre of Miscanthus can offset four tons of coal in the power plant. And a field of Miscanthus can grow for a decade or more without replanting. Miscanthus also is ideal for Iowa: It can tolerate the harsh Iowa winters, but it can’t produce seeds, so it won’t invade neighboring fields.

“For the university to stop using coal in its plant has benefits to all of eastern Iowa,” she said. “Coal is not great for the environment. Coal has problematic emissions that Miscanthus and other biofuels (don’t have).”

Since 2015, she said, the university has reduced its greenhouse gas emissions by more than 17 percent.

It also makes economic sense. The university’s power plant has a $14 million budget for fuel, some of which is used for coal.

“The money that we spend on coal, right now, that is money that’s all going out of state, but really we want to divert that so we spend the money in state, so it’s income for growers,” Hazen said.

The university wants to generate 10 percent of its energy from Miscanthus, using other biomass fuels for the other 90 percent, with the goal of reducing and eventually eliminating its dependence on coal by 2025.

So far, the venture — the Biomass Fuel Project — has recruited about 15 growers and more than 800 acres of Miscanthus across eastern Iowa.

For Kemp, who lives in Letts, the decision to rent his fields to the University of Iowa was one of convenience.

“I’m getting just as much out of this as if I were to rent it to a farmer,” he said. “I don’t have to fertilize it or do anything at all.”

He had heard about the Miscanthus venture from another grower in the area and signed up about a month ago.

On Saturday afternoon, he opened his home to curious locals for a Miscanthus planting demonstration. Officials from the University of Iowa and some of its partners came by to answer questions. Some of these partners include Iowa State University and agricultural service firm Aggrow Tech, who planted the Miscanthus on Kemp’s property. The planting demonstrations, Hazen said, help the university attract other growers who may be interested in growing Miscanthus in their fields.

Anyone interested in getting involved with the project can contact Ingrid Gronstal-Anderson at University of Iowa at 319-384-0993 or ingrid-gronstal@uiowa.edu

DUBUQUE — The prosecution and defense in the murder case of Milton Jermaine Cole Serrano Jr., rested and the jury sent home for the day. Closi…

MUSCATINE — A Muscatine school nurse may soon have the chance to help more students and people through her leadership.

MUSCATINE — Muscatine Marching Band and Muskie Band Boosters will hold their annual Koeze Nut fundraiser, but in a different location.

Milton Serrano Jr., 22, of Muscatine, is charged with first-degree murder in the death of Chantz Stevens, 19, of Wilton. If convicted, Serrano could spend the remainder of his life in prison.

Serrano trial: Witnesses recount a party that grew out of control, cocaine, and a stabbing the defendant claims was in self-defense.

WAPELLO — The final enrollment figures are still pending, but Wapello School Superintendent Mike Peterson told the school board on Wednesday i…

Stinky's House of Horrors opens on Halloween night, with plenty of new scares in store

MUSCATINE – Jack Skellington’s Halloween Town has nothing on the haunts and scares found in Muscatine, and with the famous Stinky’s House of H…

Southend improvement plans to move ahead

Muscatine schools offered grants to teachers. The winners included a robot for the classroom, a STEM camp and family engagement nights.

Danny Rowan of Aggrow Tech lifts the Miscanthus rhizomes to the planter on Saturday afternoon.

Emily Heaton, an agronomist from Iowa State University, demonstrates the strength of the Miscanthus grass. The grass can grow to be more than 10 feet tall.

Miscanthus rhizomes can produce grass for 10 to 15 years after they are planted.