During a pretrial conference on Oct. 1, Derrick Cole Maynard, 36, withdrew his demand for a speedy trial and on Sept. 23 filed a written waiver of speedy trial. The waiver was accepted and the trial previously scheduled to begin Oct. 19 was rescheduled. The trial is expected to take five days. A pretrial hearing will be held at 10 a.m. Jan. 21, 2022, in the Louisa County Courthouse.

According to police reports, at about 7:55 p.m. May 18, 2020, Maynard was driving a 2019 Ford F-650 U-Haul at Elm and Third streets in Columbus Junction while his girlfriend Megan Reid, 29, of Fairfield, followed in a 2006 Chevy Cobalt. Steven Scotton of Fairfield was a passenger in the Cobalt. According to the Iowa State patrol, the truck was southbound on Third Street and made a U-turn, striking the car. Louisa County Sheriff’s Office, Louisa County Ambulance, and the Columbus Junction Fire Department responded.

Reid and Scotton were taken by Louisa County EMS to the University of Iowa Hospitals and Clinics in Iowa City where Reid died from her injuries.

According to court documents, the prosecution alleges that Maynard killed Reid with malice aforethought, saying he intentionally collided the 26-foot U-haul with the car.

In an email to the Muscatine Journal, Scotton claims when Maynard topped the hill, the car was sideways doing a three point turn. He alleges Maynard “stomped on the gas and hit us broadside.” According to the email, the car was pushed 25 yards and there were no skid marks on the scene.

At the time of the collision, Reid’s vehicle was slowly turning in the roadway perpendicular to the direction the U-Haul was traveling, the report said. It also says data recovered from the U-Haul’s ancillary translator module revealed the U-Haul truck’s accelerator pedal was fully depressed immediately prior to impact and no manual braking was applied. The U-Haul struck the car broadside in the driver-side door at approximately 30 mph.

If convicted of second-degree murder Maynard could face up to 50 years in prison.

A Fairfield man involved in a fatal traffic collision on May 18, 2020 has been charged with second-degree murder with officials alleging he purposely caused the accident. 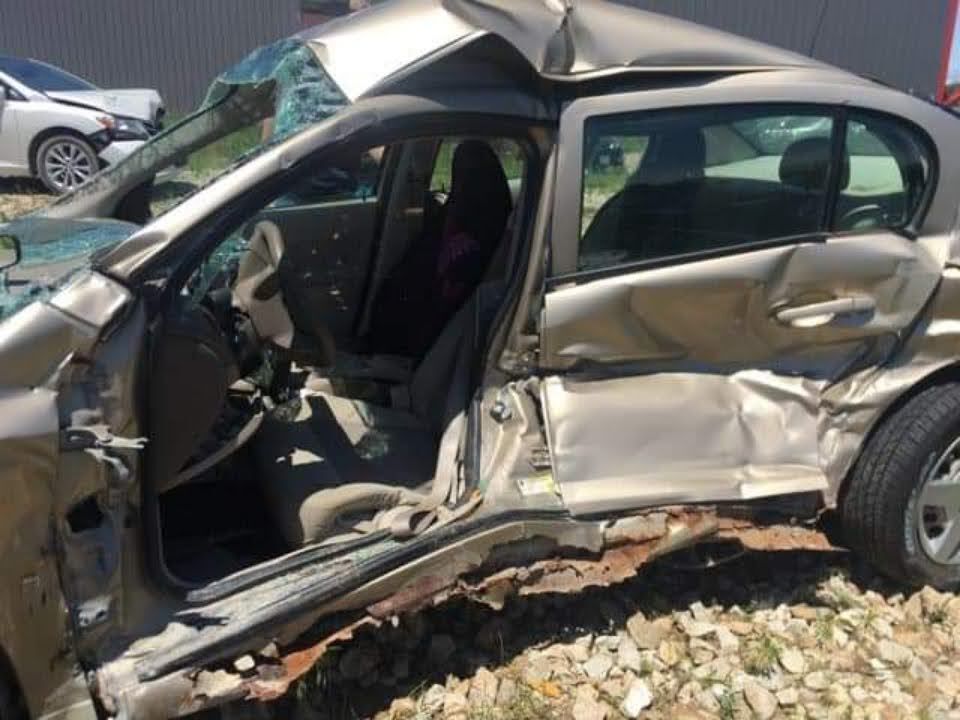 Derrick Maynard of Fairfield is scheduled to go to trial Oct. 19. He has been charged with second-degree murder in the death of Megan Reid after a truck Maynard was driving struck a car Reid was driving.