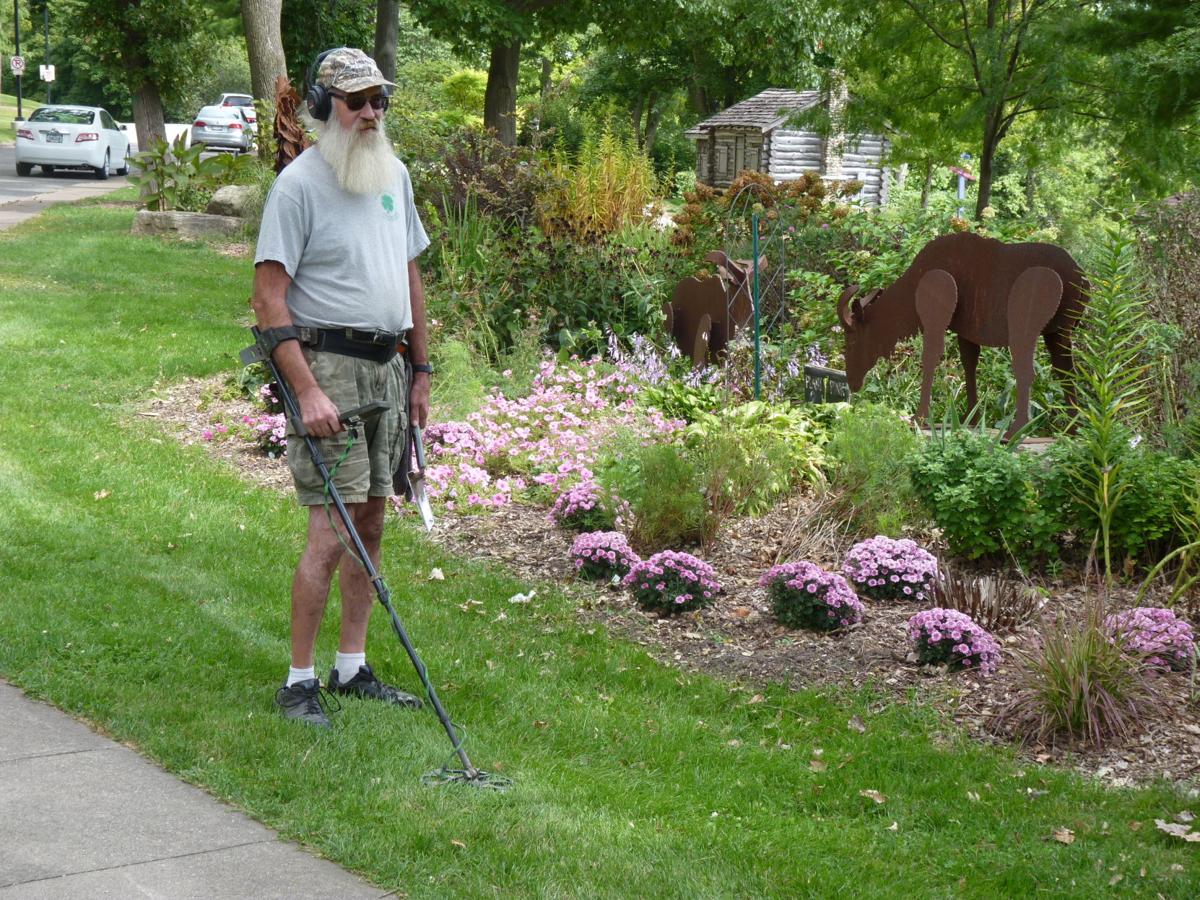 Many nice days will find Ken Platt out with his metal detector exploring the history of Muscatine and surrounding areas through buried treasures he finds. 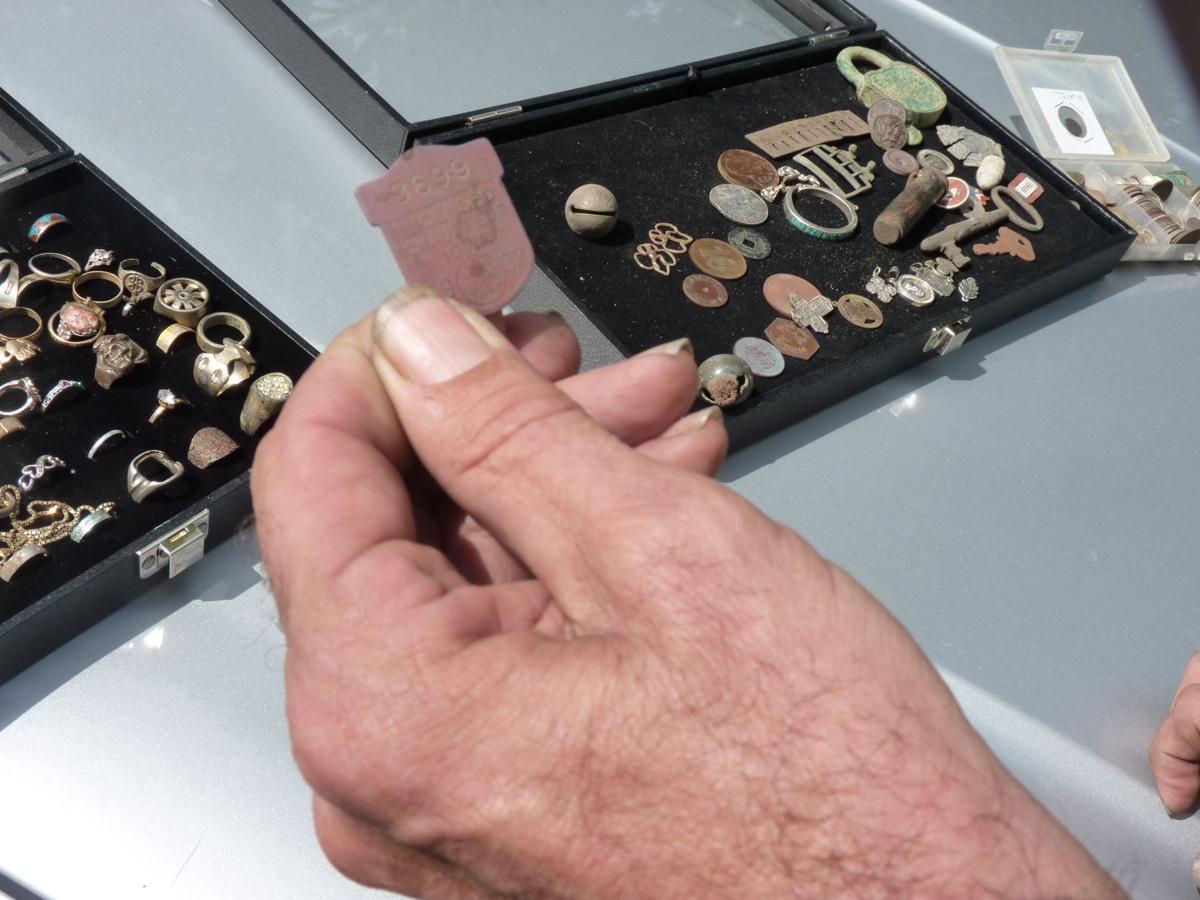 Among the treasures Ken Platt has unearthed are coins, jewelry and most recently a 1932 Iowa chauffeur's license. 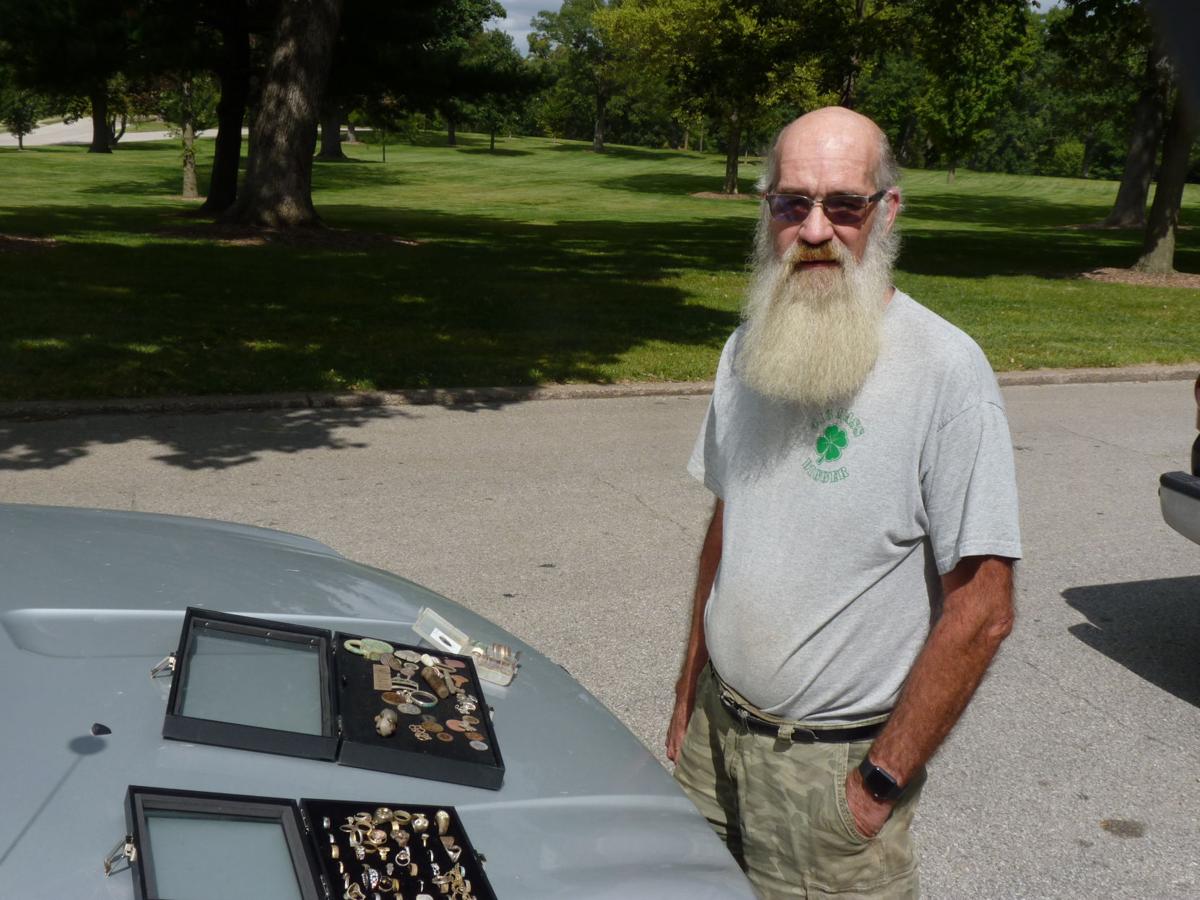 MUSCATINE — Ken Platt likes to spend his free time not where things are happening now, but where they were happening a hundred years ago.

In the middle of a vacant field that at one time contained a house, Platt and his trusty metal detector make a concentric pattern searching for artifacts from bygone days. A modern day treasure hunter, he keeps all the coins, keys, jewelry, and other assorted metal that he has found in a display cases. As he runs the sensor of his detector, which can detect metal at least a foot deep in the earth, he hears a solid beeping in his earpieces. He moves the detector to his left hand and hoists the spade he carries to dig out his finds.

After seeing a detector user exploring an area in town, he began doing research online to learn more about the hobby. He soon learned the manager of Harbor Freight in Muscatine runs a Facebook group called “Detecting the Heartland.” Platt joined the group and began watching what equipment people were using and seeing the artifacts they were finding. He soon bought a detector and began searching.

As he was trying to learn how to use the new equipment, Platt quickly found a 1972 Lincoln memorial penny as he was searching his own yard.

“I have steadily gotten more and more addicted,” he said. “I detect as much as I possibly can. I go all over the place.”

He also takes pride in showing people the things he has found. Platt happily shows the 1932 metal chauffeur's license for Iowa he found while exploring an area that used to be St. Mary’s Church. It is now a bed and breakfast. He has also found plenty of vintage coins that were made when silver was still being used in the manufacture of currency. He has a particular fondness for Indian head pennies. He also found coins with markings that predate Iowa becoming a state.

Recently Platt was helping someone at a nearby school locate two missing rings. In addition to finding the rings, he also found about eight other rings that didn’t belong to the people who asked him to search the area. The school is currently trying to find the owners.

When looking for an area to search, he tries to find older properties. When he is at home, he pours over old plat maps on the Internet to find out where houses used to be, especially where there are now fields. Platt says after crops are out most farmers will let people detect in their fields. He likes finding houses that existed before 1970, which give the best chance of finding old coins. He also likes searching around schools or trails. He commented that detecting is prohibited in parks in Muscatine because there had been problems with people digging holes and not covering them right.

Platt recently started his own Facebook detection page called “Metal Detecting Unlimited” with a friend from Massachusetts. He recommends people new to the hobby to check the groups out to get advice about everything metal detecting.

“I like not knowing what is in the ground,” he said. “You never know what is down there until you dig it out. Sometimes I would rather dig a relic and do research to find what it was and what it was used for.”

Muddy River Bait n' Tackle shop to close on Oct. 31, according to owner

MUSCATINE — Sometimes a visit to a favorite bait shop can be just as enjoyable as the fishing trip itself.

MUSCATINE – Several more cases of COVID-19 have been reported in the Muscatine School District this weekend, including a case that has prompte…

DeLong arrested for allegedly attempting to entice a minor

MPW reports disruption in service has been repaired

The Muscatine Police Department has taken several reports of people stealing political signs. The department asks everyone to respect the righ…

Many nice days will find Ken Platt out with his metal detector exploring the history of Muscatine and surrounding areas through buried treasures he finds.

Among the treasures Ken Platt has unearthed are coins, jewelry and most recently a 1932 Iowa chauffeur's license.