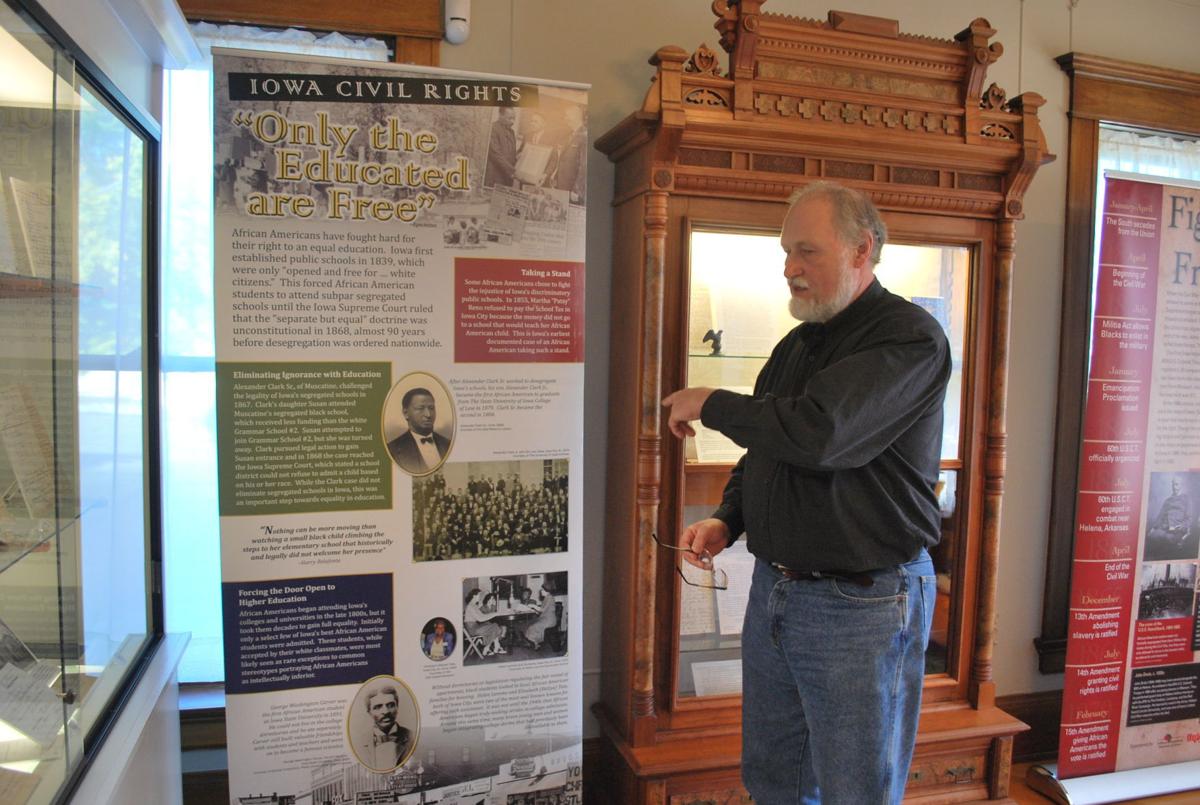 Participants can join historian Daniel Clark on a walking tour of the Alexander Clark district near downtown today. 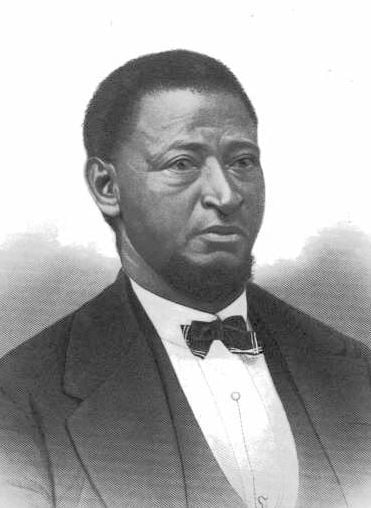 MUSCATINE — More than 150 years ago, an African-American man who settled in Muscatine challenged segregation in local schools and won. Starting Sunday, events will be held around town to celebrate and remember Alexander Clark for his contributions to civil rights and the community.

"We were the home of an important figure," said Dan Clark, local historian and member of the Alexander G. Clark Foundation, "not only in local and state history, but arguably national history, as well."

Clark's most well-known act occurred in the late 1800s when he helped his daughter, Susan Clark, sue the Muscatine school board for admittance into the all-white Grammar School No. 2, closer to the Clark home than the school for black students.

The Muscatine Board of Directors argued "separate but equal," based on her race, in denying 12-year-old Susan entry to the school. The Muscatine District Court ruled in her favor, and the board appealed. The case went before the Iowa Supreme Court, which also ruled in favor of Clark, declaring "separate but equal" unconstitutional under the equality provisions of the Iowa Constitution.

The 1868 case, Clark v. Board of Directors, was a turning point that resulted in integration of Iowa schools and came more than 86 years before the landmark Brown v. Board of Education case in which the U.S. Supreme Court ruled racial segregation in public schools was unconstitutional.

"There's a lot of good in our race-relations history," Clark said. "We're a part of it, and we're proud of it."

At 2 p.m. Sunday, a ballroom on the west side of the sixth floor of the Merrill Hotel and Conference Center will be officially dedicated to Clark, sponsored by the hotel and the Alexander G. Clark Foundation. Views from the room include his 1878 home and the Clark House apartments built on the home's original site.

"We dedicated all of our meeting spaces to important companies and people who we believe had a significant impact on Muscatine," said Rebecca Kerwin Howe, president of Riverview Hotel Development, the hospitality company responsible for the Merrill.

"I think it speaks to the history of Muscatine," she said, "and serves as a reminder of some of the significant history that exists in Muscatine."

Kent Sissel, preservationist and Clark historian, will discuss an exhibit of photographs. Sissel is the owner of the Alexander G. Clark House and founder of the Clark Foundation.

Adrien Wing, associate dean for international and comparative law programs and professor at the University of Iowa College of Law, will also speak during the dedication. Wing has taught at the law college for 32 years and has been a past speaker in the Alexander Clark Lecture Series.

She said naming a room at the hotel for Clark is a "wonderful decision" because of its public nature.

Wing plans to summarize the contributions of Alexander Clark and his son, Alexander Clark Jr., during her remarks. The Clarks graduated from law school at the University of Iowa. Clark Jr. was the first black graduate from the college in 1879, and just a few years later in 1884, Clark Sr. became the second black graduate. They opened the door for black law students in the late 1800s. But that doesn't mean black people "just walked through the door," Wing said; there were and are barriers to education.

"Work done back in the 1800s was just the beginning of maybe an infinite process of giving black children educational opportunities," she said.

Ahead of the planned events, Mayor Diana Broderson will sign a proclamation at Thursday's Muscatine City Council meeting marking Feb. 25 as Alexander Clark Day in the city. Clark was born 193 years ago Monday in Washington, Pennsylvania, and settled in Muscatine when he was 16 years old.

Another presenter from the University of Iowa will give the annual talk for the Alexander Clark Lecture Series at 7 p.m. Monday evening at Muscatine Community College. Dwain Coleman is a teaching assistant and Ph.D. candidate at the university and will present "The Legacy of Alexander Clark and Black Activism in Iowa." His lecture will discuss the ways black activists, including Clark, fought discriminatory laws through Colored Conventions.

The lecture series has been presented every year since 2012 when a documentary about Clark was released on Iowa Public Television.

"I hope that our attendees take away a renewed appreciation of what Clark contributed with his decision to advocate for his daughter, and a curiosity to learn more about black history in Iowa and the U.S.," said Naomi DeWinter, president of MCC.

The final event planned to honor Clark will be Thursday, Feb. 28, at the Muscatine Art Center. Sissel will present "Alexander Clark: Genealogy and Early Life" at 5:30 p.m. The talk coincides with the last day the "Alexander Clark: Civil Rights Leader" exhibit will be on display at the art center.

Dan Clark said it's important to have these events for the community to remember the ways Alexander Clark fought for civil rights, but to also dig deeper to examine the state of rights today.

"We champion Clark as a figure of equality," he said. "What's equality today?"

Dedication of ballroom and presentation

All events are open to the public and free to attend.

The Muscatine County Board of Supervisors approved the first reading of changes to the county zoning codes and a comprehensive plan to accommodate utility-scale alternative and renewable energy production.

Participants can join historian Daniel Clark on a walking tour of the Alexander Clark district near downtown today.