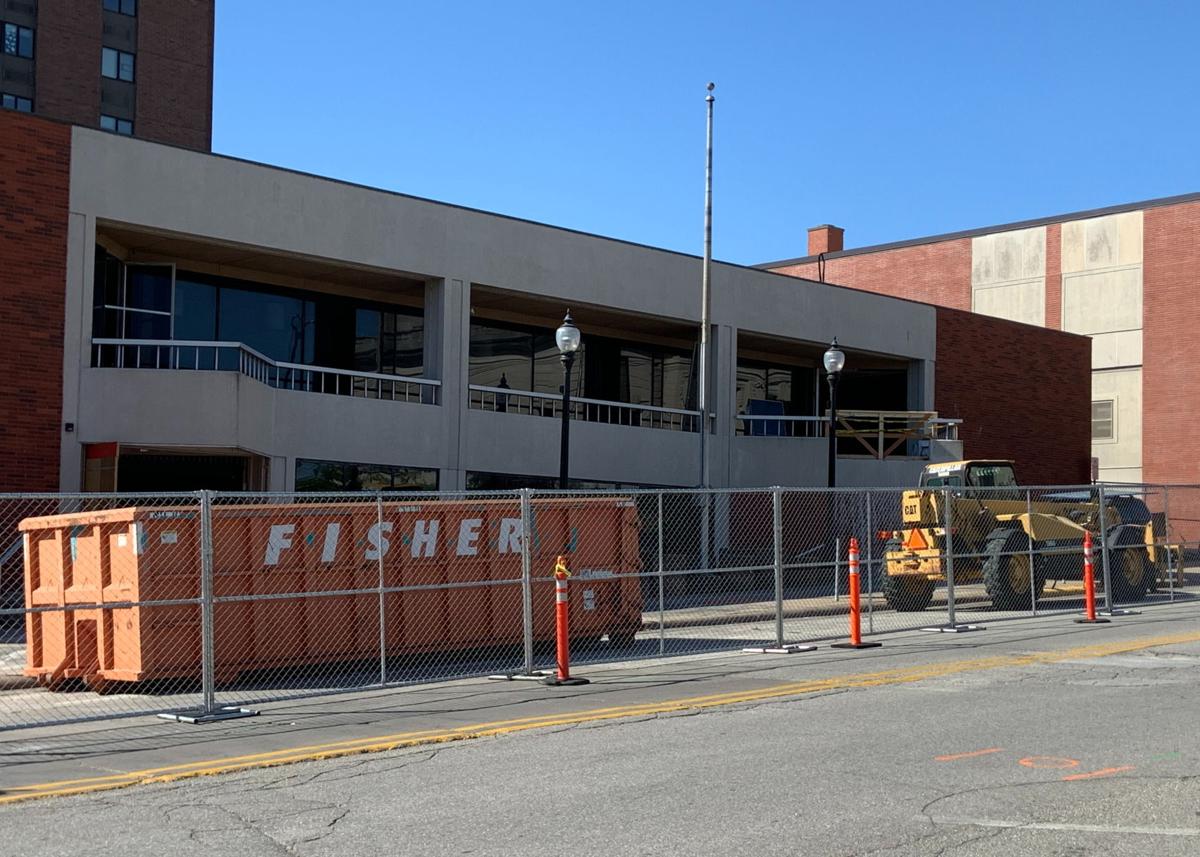 Construction crews have been seen at the site of Stanley Center's new headquarters. According to Stanley's vice president, Mark Seaman, several walls and parts of the ceiling have already been taken down, with much more work still to be done. 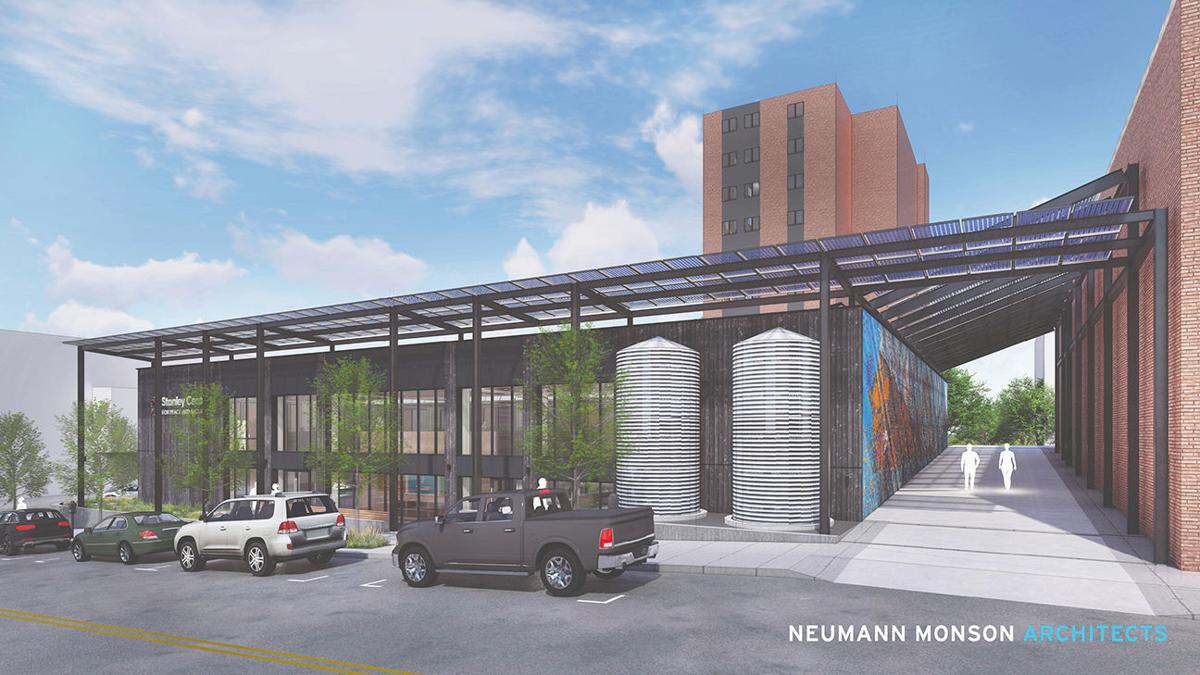 This artist's rendering shows what the new Stanley Center for Peace and Security headquarters is expected to look like. According to the schedule given by the organization, the building should be open sometime in fall 2022.

MUSCATINE — Although its “groundhealing” ceremony was on Sept. 17, the construction team is finally making its way onto the site of the former Musser Public Library, soon to be the new Stanley Center for Peace and Security headquarters.

The Stanley Center purchased the building from the city in October 2020 and has spent the past year preparing its latest project, converting the former library at 304 Iowa Ave. into its headquarters. It will be the first “living building” in Iowa upon completion and one of the most environmentally friendly buildings in the state.

With only 30 certified living buildings in the world, Mark Seaman, vice president and director of communications for Stanley, said that the organization hopes to make its headquarters No. 31.

“Our construction team will be there for the duration of the project,” Seaman said. “They’ve just begun demolition on the interior. The ceilings and some of the walls have come down in places, and they’re just continuing to remove a lot of the interior of the building.”

Seaman said the interior of the former library won’t be completely gutted, but there will still be a significant transformation both inside and out.

One of the biggest changes will be completely removing a portion of the current building. In its place will be an outdoor courtyard for its 24-member staff to use.

The new headquarters will have a dedicated space for Stanley to partner on programming with local resources such as the new Musser Library, the Muscatine Art Center, and local schools and visitors groups.

Skylights will also be put in, so some of the roof will be removed.

“The building really will be transformed and will look quite different,” Seaman said.

The demolition phase is expected to last through November, and construction will begin in December. For the last phase of the project, crews will construct a solar canopy, which will generate power to the facility through on-site solar panels. This canopy will be located in the alley next to the Muscatine Center for Social Action. Seaman said the alley will remain open for public use and that the canopy will provide shade for those who walk under it.

Construction, interior fitting and landscaping on the new Stanley Center headquarters is expected to take a full year and officially open in fall 2022. During all of this construction, Seaman assured that residents traveling through the area shouldn’t have to worry about much.

Portions of Iowa Avenue and 3rd Street will be closed, but traffic will remain open in both directions.

Seaman said the construction trailer will be on-site this week in the grassy area by CBI Bank, which is across the street. "So that won’t be in the way either,” Seaman said.

One thing that residents might look for are dumpster bins full of debris that could become art materials, to be used for a statue that will be placed inside the completed building. Nancy Judd will be the lead artist on this statue.

“We’re reclaiming some of the interior products to use in an art project so that they don’t end up in a landfill. We’re being really mindful of how much of the things that are being demoed can be reused in different kind of ways, and an art project is one of those ways,” Seaman said. “We’re trying to reduce waste and recycle as much as we can, and we just continue to be excited about what the project’s doing for the environment and for Muscatine.”

For more information on the new Stanley Center headquarters and the Living Building Challenge, go to stanleycenter.org/livingbuilding.

“Our construction team will be there for the duration of the project,” Stanley Center Vice President Mark Seaman said. “They’ve just begun dem…

Construction crews have been seen at the site of Stanley Center's new headquarters. According to Stanley's vice president, Mark Seaman, several walls and parts of the ceiling have already been taken down, with much more work still to be done.

This artist's rendering shows what the new Stanley Center for Peace and Security headquarters is expected to look like. According to the schedule given by the organization, the building should be open sometime in fall 2022.