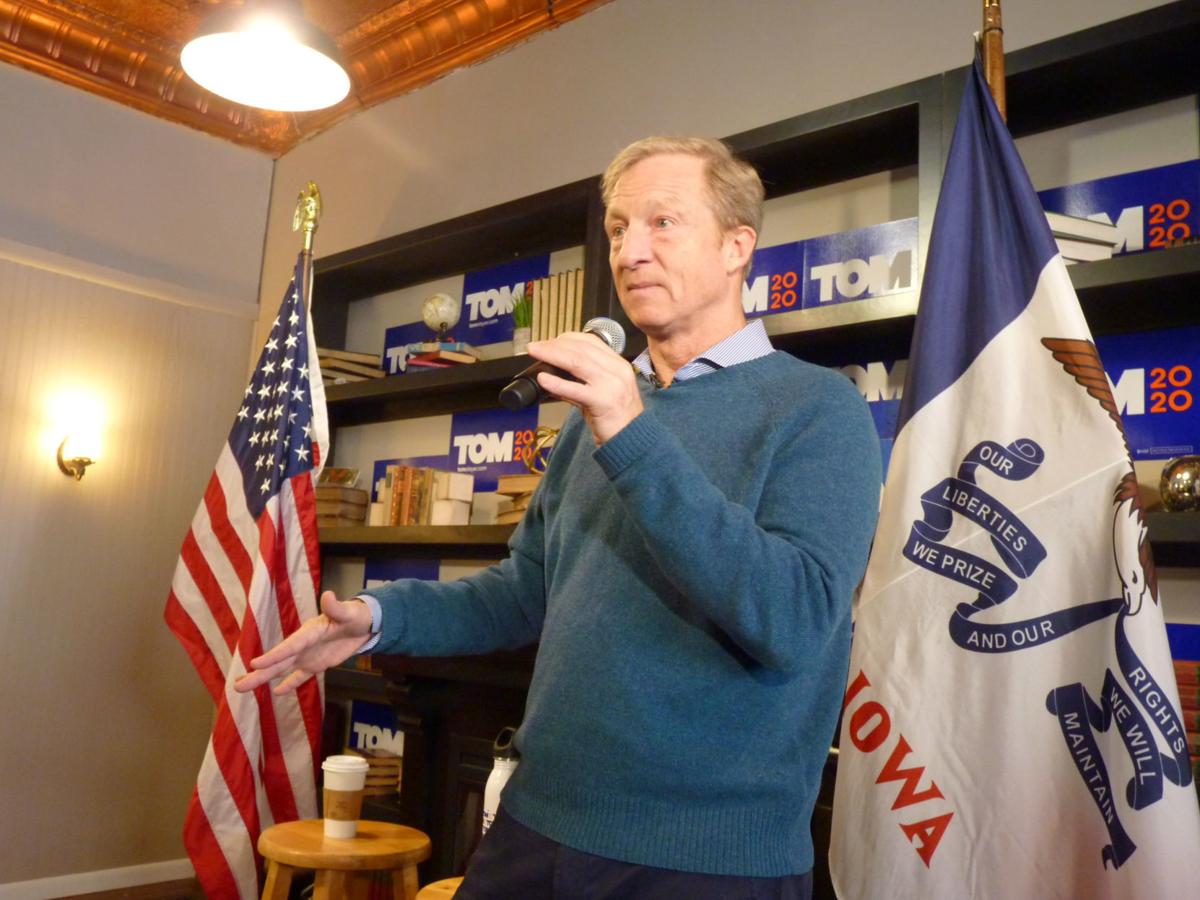 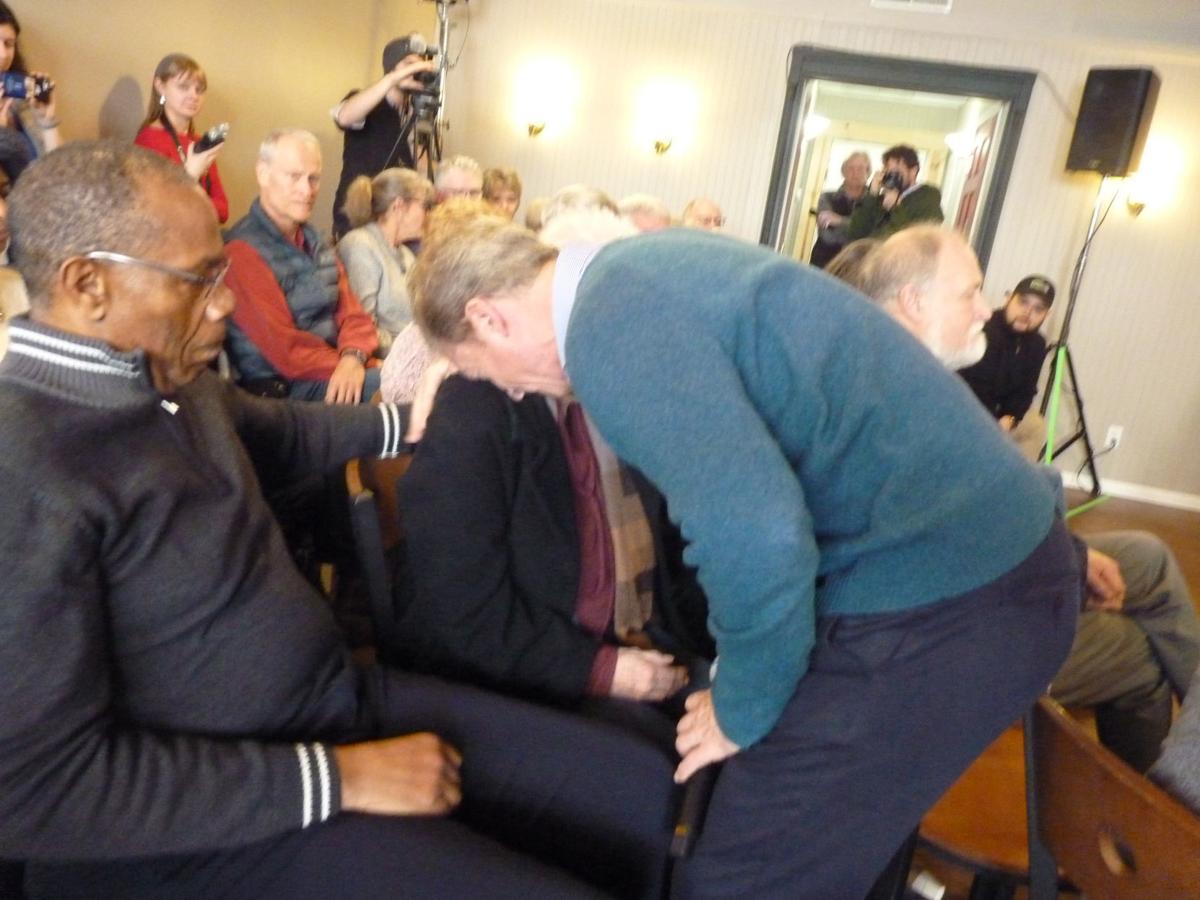 Presidential candidate Tom Steyer comforts audience member Sherry Leonard during Steyer's stop in Muscatine. Leonard had been asking about the mental health issue in Iowa and commented seven people in her family had taken their own lives.

Presidential candidate Tom Steyer comforts audience member Sherry Leonard during Steyer's stop in Muscatine. Leonard had been asking about the mental health issue in Iowa and commented seven people in her family had taken their own lives.

MUSCATINE — As he was taking questions from an audience of about 80 people at the Black Pearl Café, presidential hopeful Tom Steyer stopped to comfort a woman who was moved to tears by the subject at hand.

After answering a question regarding gun control, audience member Sherry Leonard began asking a question regarding mental health. Steyer had just gotten done explaining that while people pay a lot of attention to mass shootings, there are also cases of gun violence in domestic situations and that suicide is responsible for over 60% of gun deaths in the country. Leonard explained that in her family seven people had taken their own lives. She asked about Steyer’s views on mental health.

“One thing I’m really strong on specifically in Iowa is putting more resources, money and attention …,” Steyers began before seeing her begin crying. He moved to comfort her. They whispered a few words to each other before Steyer continued.

Steyer had spoken with people in Iowa regarding mental healthcare being the biggest issue facing the state as long as two years ago. He had been told people are depressed and sad, the state didn’t have the resources to care for them, and mental health clinics are closing throughout the state.

Saying he knows the numbers, Steyer commented farmers were killing themselves at a rate higher than veterans – which is about 200 per day.

During the event, Steyer said he wanted to keep his own comments to a minimum and hear from the people in the audience. He did speak about the reasons why he is running for office.

“I’m running because the system is broken,” he said. ‘It has been bought by corporations. It isn’t really trying to solve the problems Americans are facing. Until we take back the government from those corporations and get back to the government of, by and for the people, we aren’t going to get any of the progressive policies everyone in this room wants.”

He talked about the right to education, clean water and air, to a living wage and to healthcare. Steyer also said people deserve an equal vote, alleging the Republican party had been trying to suppress votes in the African American community in the country.

Steyer said people in the Democratic party are becoming afraid they will lose the coming presidential race. He said there are millions more people who wanted the changes he was proposing. He also said the important part was organizing people to vote.

For several decades, Steyer said, he has built coalitions to take on unchecked corporate power and said for a decade he has been winning. He said he has beat oil and tobacco companies.

Steyer also said he has an advantage for the Democratic nomination to run for president because he had pushed for President Doanld Trump’s impeachment early.

Which season suits you best?

Which 'Peanuts' character are you?