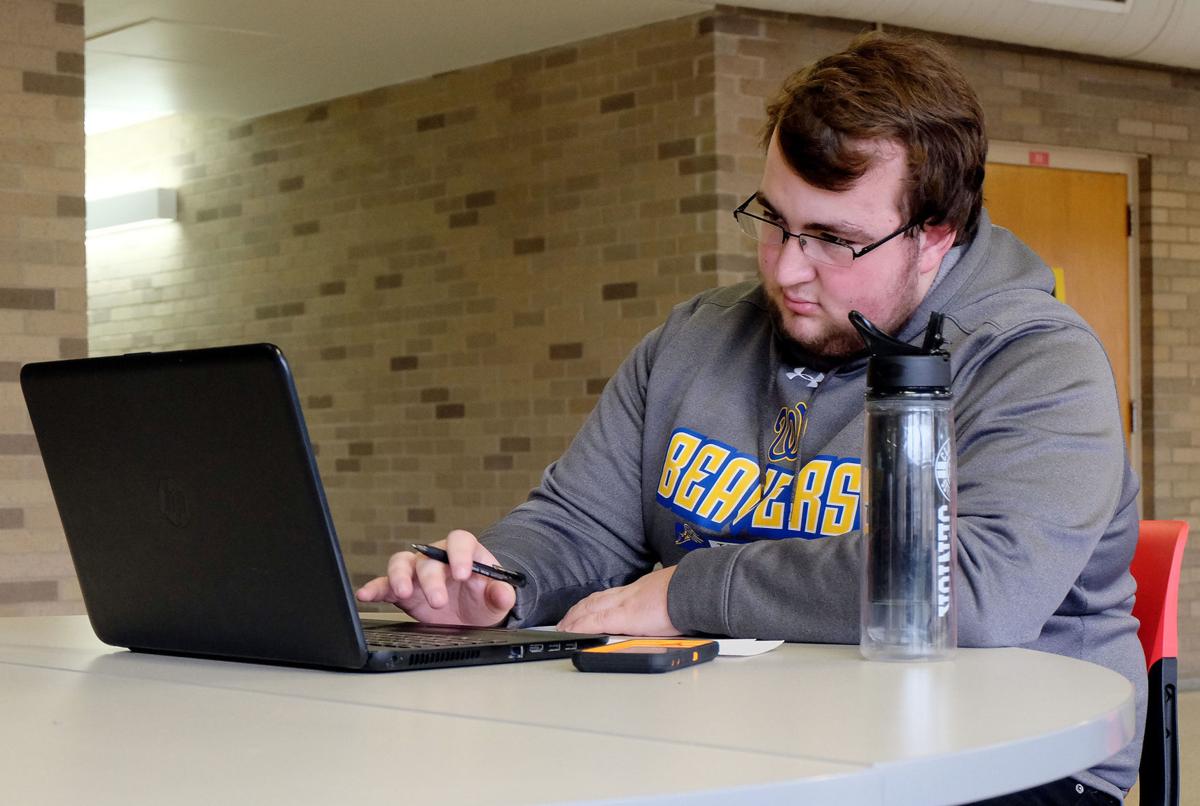 Dylan Ormsby is busy preparing to give a speech. He studies anthropology at Muscatine Community College. He said that though the tuition hike will not stop him from taking classes, it will put pressure on his budget. 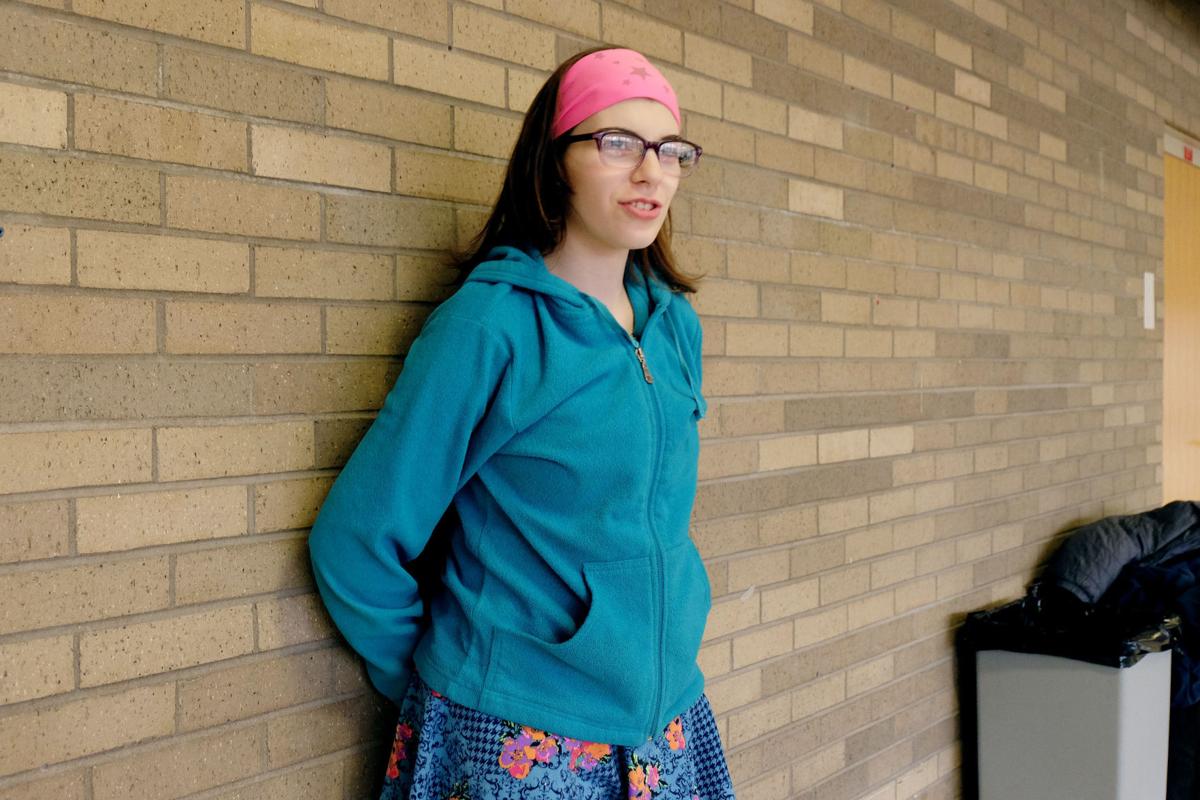 Brianna Wegmann studies music at Muscatine Community College. She said she worried about how the recent tuition hike will impact her fellow students. 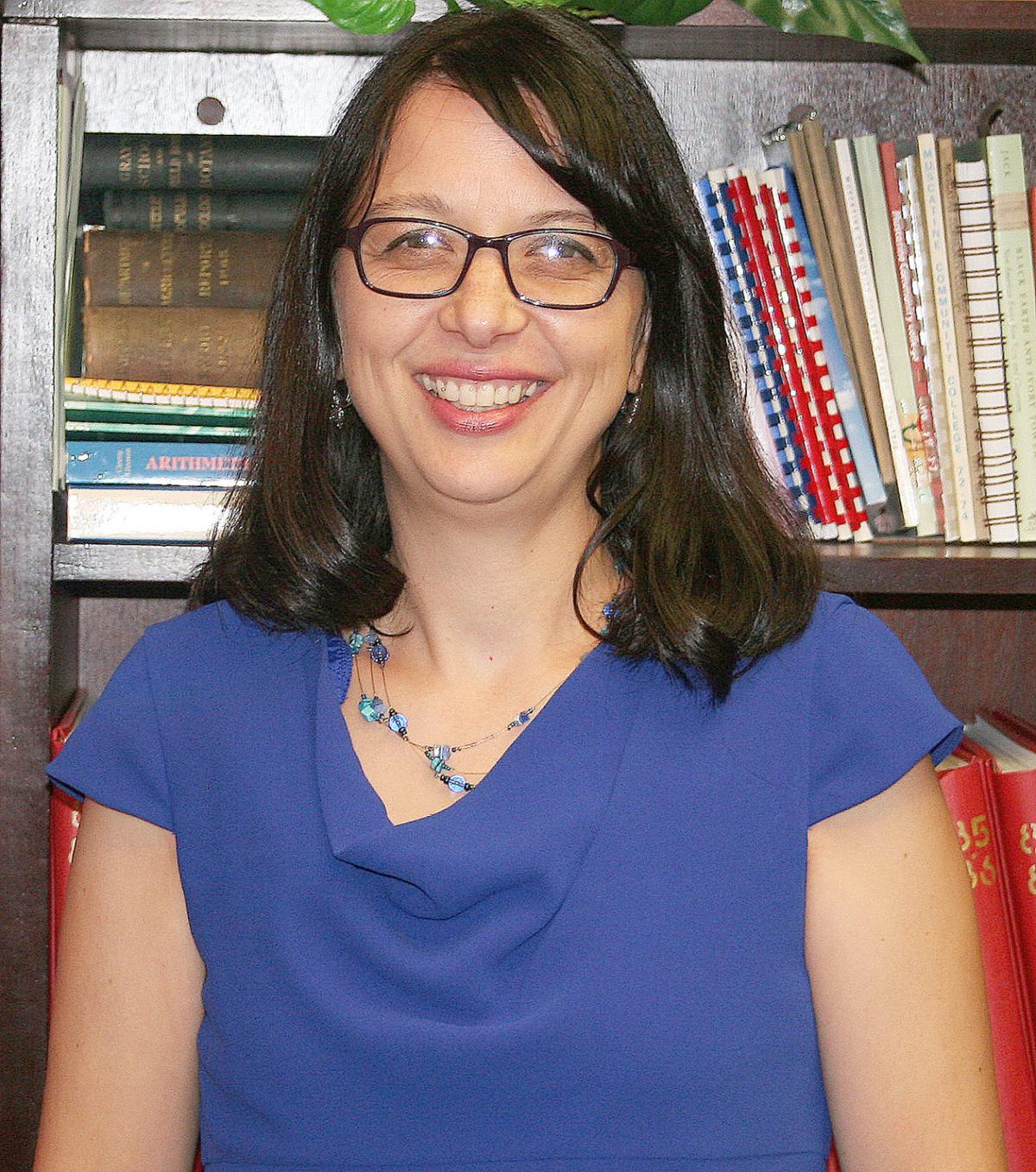 New MCC President Naomi DeWinter explained her goals for the college to The Calument newspaper.

MUSCATINE — In the face of declining state funding, Donald Doucette, chancellor of Eastern Iowa Community Colleges, recommended a $7-per-credit-hour tuition hike to the EICC Board of Trustees at their Monday meeting.

Doucette could not be reached by press time.

Alan Campbell, spokesperson for EICC, said that the colleges have been managing cuts for the last two years.

"Each of the last two years, the state legislature has cut our funding. And that's during the year. Those are midyear cuts," Campbell said. "We still don't know what funding will be from the legislature because they haven't determined what that will be. At best, we are expecting it to be what it was a year ago. But it may even be worse than that."

Campbell said that before considering tuition hikes, they worked the budget to find efficiencies.

"It really does concern us to have to do this. But it is difficult for us to make the budget in any other way," Campbell said. "We have consistently over the last few years worked to trim and cut our budget down. We think we've done a good job of that, but unfortunately we are getting to the point where there is only so much more you can cut."

He said the institution wants to keep its coursework accessible.

"We've worked really hard throughout the history of the colleges to be one of the most affordable options throughout the State of Iowa," Campbell said. "It's important for us to try and keep that at a point at where students can afford to come to college."

Brianna Wegmann studies music at Muscatine Community College. She worries about her fellow students and how a tuition hike will impact their ability to afford classes.

"A lot of kids are on their own with this," Wegmann said. "I have help paying for tuition, but a lot of students have to work for that money. A lot of jobs around here don't pay enough to cover the hours they go to school already."

Dylan Ormsby is one of those students. He works shifts at Menards to pay for his courses in anthropology. Though he said it will not prevent him from taking classes, it does impact his financial stability.

"It's hard enough paying for tuition already, but the hike is just more an inconvenience than devastation," Ormsby said. "It will make things harder though."

Naomi DeWinter, president of Muscatine Community College, said that she can see how this will be felt by students.

"It's going to impact students," DeWinter said. "Anytime tuition increases, it is felt in students' pockets."

She explained that while $7 may not sound like a lot, if a student takes a three-hour course, they will be paying an additional $21. If a student takes more than one classes, she said this increase quickly begins to stack up.

"At the same time, you are faced with this reality of the importance of a college degree and offering students the best coupled with declining state contributions," DeWinter said. "That's the difficulty that we find ourselves in."

DeWinter said that about 40 percent of students are eligible for financial aid. She explained that between last fall and this fall they increased the scholarship amount offered by $25,000.

"That's really in anticipation of the need to assist more students," DeWinter said. "I think those go hand-in-hand. Our ability to assist students has increased while our tuition has increased."

MUSCATINE — The Asphalt Overlay Program for the 2020-21 fiscal year is set to begin this week, with a planned 18 different streets or alley se…

Wildcat Den State Park reported over the weekend that several morel mushrooms were found by hikers in the park.

Dylan Ormsby is busy preparing to give a speech. He studies anthropology at Muscatine Community College. He said that though the tuition hike will not stop him from taking classes, it will put pressure on his budget.

Brianna Wegmann studies music at Muscatine Community College. She said she worried about how the recent tuition hike will impact her fellow students.

New MCC President Naomi DeWinter explained her goals for the college to The Calument newspaper.