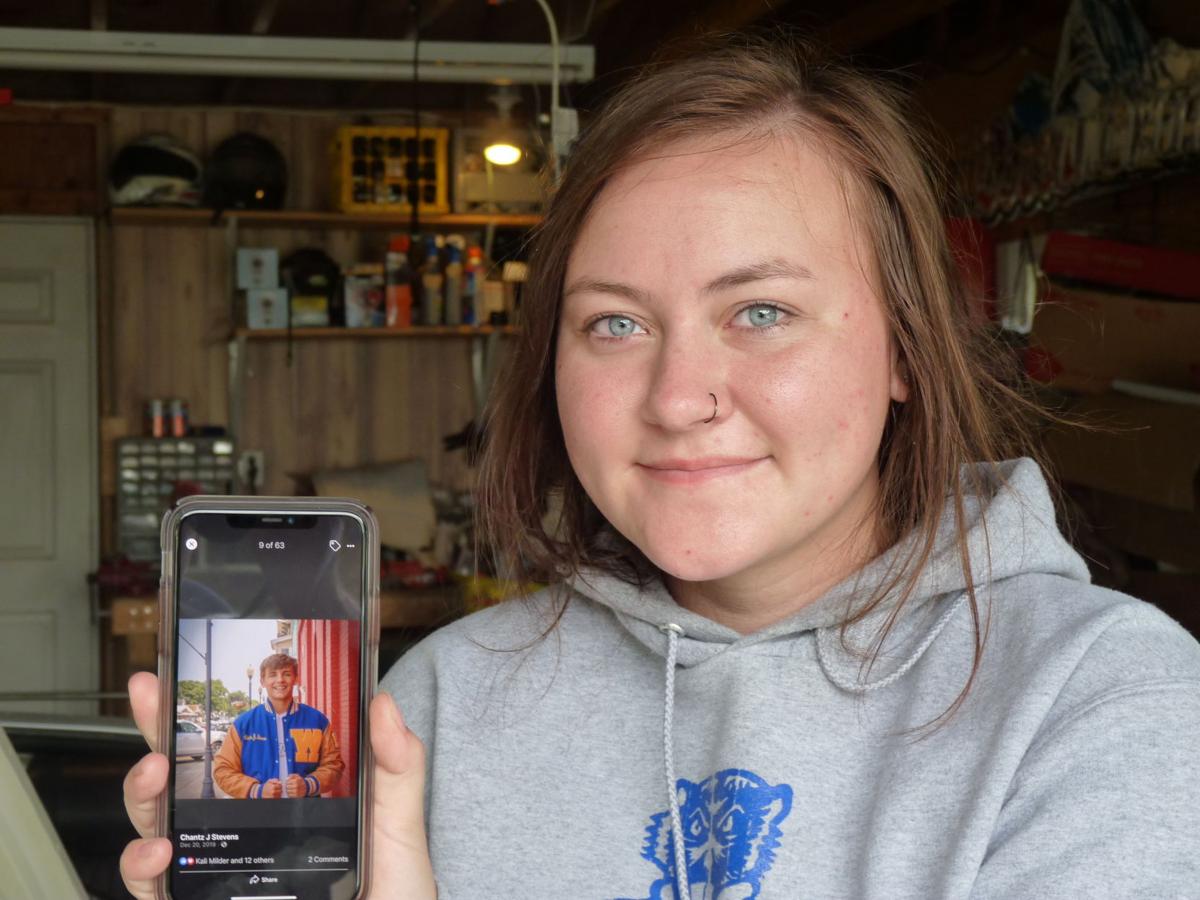 Cheyenne Rae of Wilton shows a photo of her friend Chantz Stevens. Stevens died Saturday night in Clarence after being stabbed. 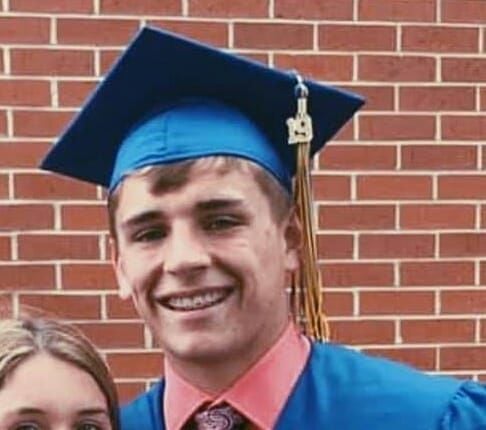 WILTON — On Monday morning, Cheyenne Rae looked on her phone at the photo of her friend, Chantz Stevens, shedding a tear in his memory. Her thoughts went to what may have happened if she had joined him at the party in Clarence on Saturday night.

At 5 a.m., as she was getting up for work, she learned Stevens had been stabbed to death at that party.

Several of her friends were still at the house giving statements to the police. She learned after the stabbing they had tried desperately to aid Stevens, removing a shirt and attempting to stifle the blood coming from his chest where he had been stabbed. The efforts were in vain. Stevens, 19, died on the scene.

On Sunday, the Muscatine Police Department took Milton Jermaine Cole Serrano Jr., 21, of Muscatine, into custody and transferred him to Cedar County where he is charged with first-degree murder.

“I didn’t think it was real,” she said. “I didn’t take it seriously … I just didn’t want to believe it.”

A believer that everything happens for a reason, she is struggling with why this would happen to her friend, she said.

Rae remembers Stevens' wonderful sense of humor. The first time they had met, in class in Wilton, Stevens was making fun of her nickname “Chey Rae,” saying he did not believe Rae was really her last name. The two quickly became friends, a friendship that stood for five years. She last saw Stevens Friday when they were hanging out with friends before going out. Rae recalled he was having a great time.

“He didn’t want to leave,” she said with a smile. “He was having too much fun.”

She also recalls Stevens always talking about his plans for the future. An athlete who loved playing football and baseball, Stevens had spoken many times of being a coach. On the internet, a video of his touchdown run against Van Buren can be seen. Rae said Stevens was going to college next month. She also said he had spoken of starting a family and hoped to be the father of both a son and a daughter.

Rae had planned to attend the party in Clarence, she thought there would be a lot of people there she knew. As it happened, she woke up from a nap Saturday and reconsidered, because she did not know the person having the party.

Rae’s father, Ivan Rae, said Stevens was a good person. As a parent, when he learned of what happened, he had to wonder what would have happened if his daughter had been there.

“We live in these small towns and we don’t expect things like this to happen,” he said. “You have these kids who grow up together and spend their entire school years together and then to have something like this happen, it really does affect every single person in one way or another.”

Ivan Rae said the story around town is that during the party, several people posted on social media. This brought many uninvited people to the party. One group was allegedly trying to sell drugs and was asked to leave. One was about to get into a fight with the host and Stevens tried to stop it when when the stabbing happened.

A GoFundMe to raise $10,000 to help with Stevens’ funeral had close to 400 donors after 17 hours, raising $20,570 by Monday afternoon. Many comments spoke of his positive attitude and the impact he had on many people in the community.

Rae said she is sure her friends will do something soon in honor of Stevens.

“I feel like all of them are just trying to slow down right now,” she said. “They just keep thinking it’s all going to be different so no one wants to do anything together right now.”

Cheyenne Rae of Wilton shows a photo of her friend Chantz Stevens. Stevens died Saturday night in Clarence after being stabbed.