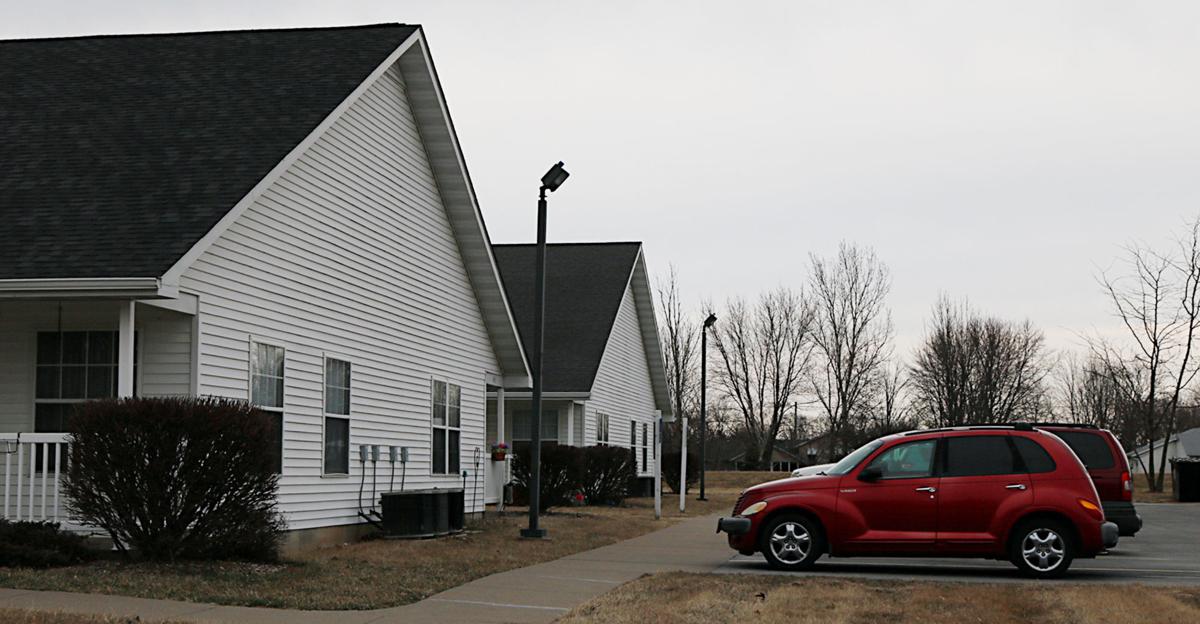 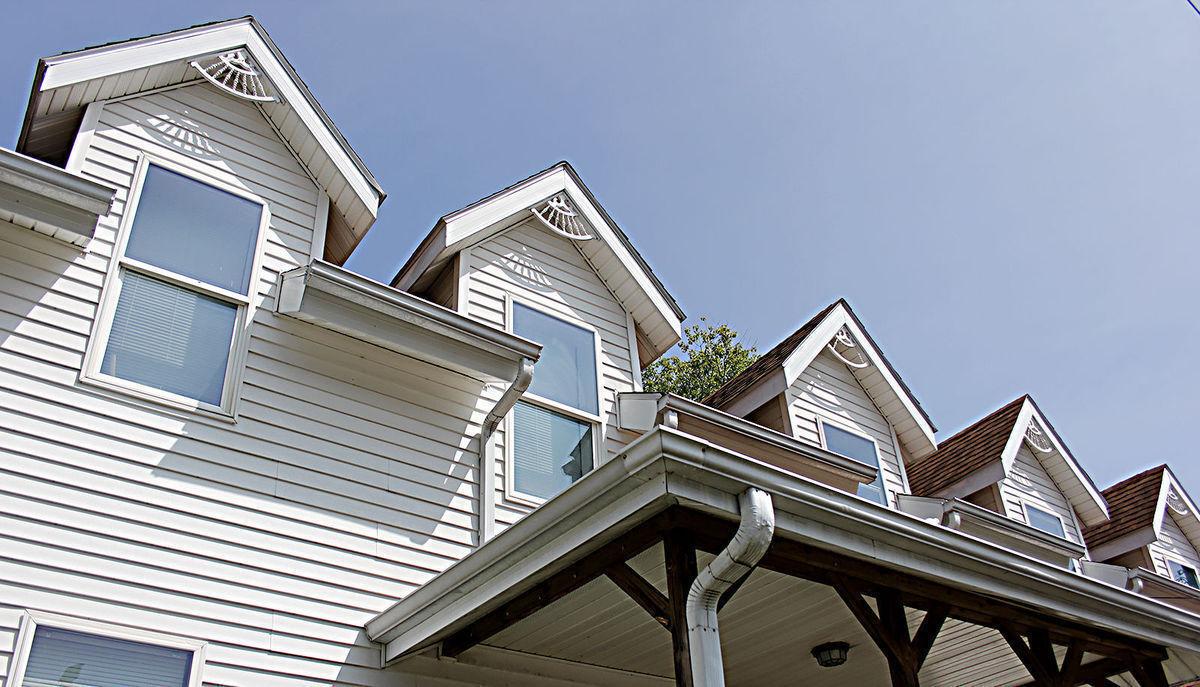 The Iowa Finance Authority announced it will allocate more than $750,000 in federal housing tax credits for the development of 48 senior housing units in Muscatine. 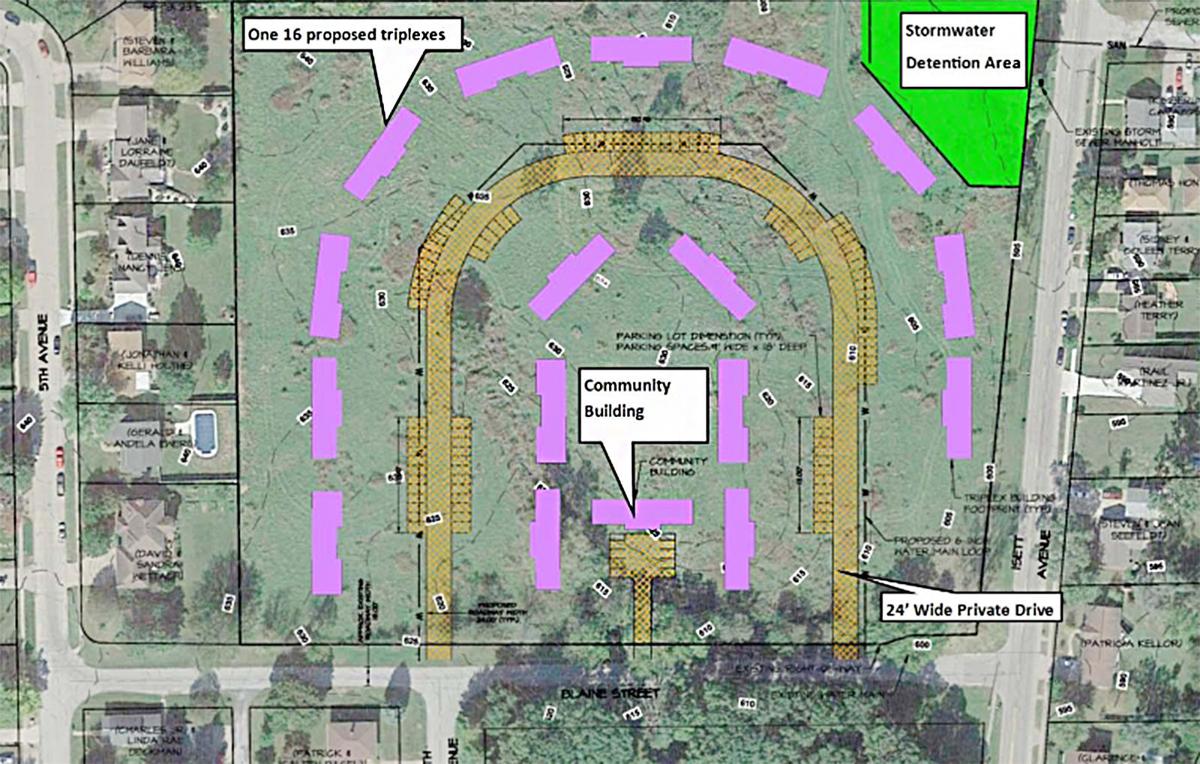 Pioneer Property Management is looking to build 48 senior housing units at the corner of Isett Avenue and Blaine Street in Muscatine.

MUSCATINE — More than $750,000 in federal tax credits will boost the development of 48 housing units for seniors in Muscatine.

"We could not be more thrilled to have been selected," said Brian Fritz, president of Pioneer Property Management, which is overseeing the development. "The city of Muscatine was great to work with and there's a strong need for affordable housing in the area. We're proud of the fact that we can bring 48 more units to town."

Fritz is looking to build 16 triplexes with 48 two-bedroom apartments, at 901 Blaine St., to accommodate low-income senior residents. Renters will be older than 55, and income-restricted to no more than 60 percent of the local median income, about $31,320.

Rent will be approximately $600, and the new triplexes would also include a community room for residents.

"It will be three-unit buildings, and each will have its own front door entrance," he said. "There will be a community building on site, with a site manager and maintenance staff, so it'll be a great group of amenities for tenants."

The developer is also receiving 12 Section 8 Project Based Vouchers from the Muscatine Housing Authority, in addition to tax increment financing assistance. The project was included in the city's recently updated urban renewal plan, which said the Oak Park development would receive up to $498,000 in TIF assistance.

Last year, the city rezoned around 10 acres of real estate at the corner of Blaine Street and Isett Avenue to accommodate the development. The area was previously a single-family residential zone, and the council approved rezoning the land for large-scale residential development.

According to the initial proposal, Fritz estimates the project will cost around $8.1 million, which he said is now made possible with the help of the federal tax credits.

While the Iowa Finance Authority Board announced the allocation of $7.2 million in housing tax credits, the actual awards exceed $72.6 million because the credits are committed annually for a 10-year period, according to a news release.

"We were extremely fortunate we were one of the projects selected to be funded with this year's allocation of credits," Fritz said. "It was an extremely competitive round so we're very excited."

The Iowa Finance Authority received 29 applications requesting housing tax credits. Each year, the Internal Revenue Service makes a per capita allocation of federal tax credits to each state, and the developers who receive tax credits sell them to investors to generate equity for the housing developments, according to a news release.

Construction on the Oak Park senior living development could begin as early as this summer, but Fritz said the project is still in the planning stages.

Muscatine Police ask people to be vigilant due to attempted burglaries

MUSCATINE — The Muscatine Police Department is warning residents to remain vigilant after a series of attempted burglaries were reported.

Two charged with terrorism in Muscatine after early morning incident

WAPELLO — A Wapello man was arrested Tuesday morning in Cedar Rapids on a Washington County warrant for third-degree sexual abuse.

The Iowa Finance Authority announced it will allocate more than $750,000 in federal housing tax credits for the development of 48 senior housing units in Muscatine.

Pioneer Property Management is looking to build 48 senior housing units at the corner of Isett Avenue and Blaine Street in Muscatine.