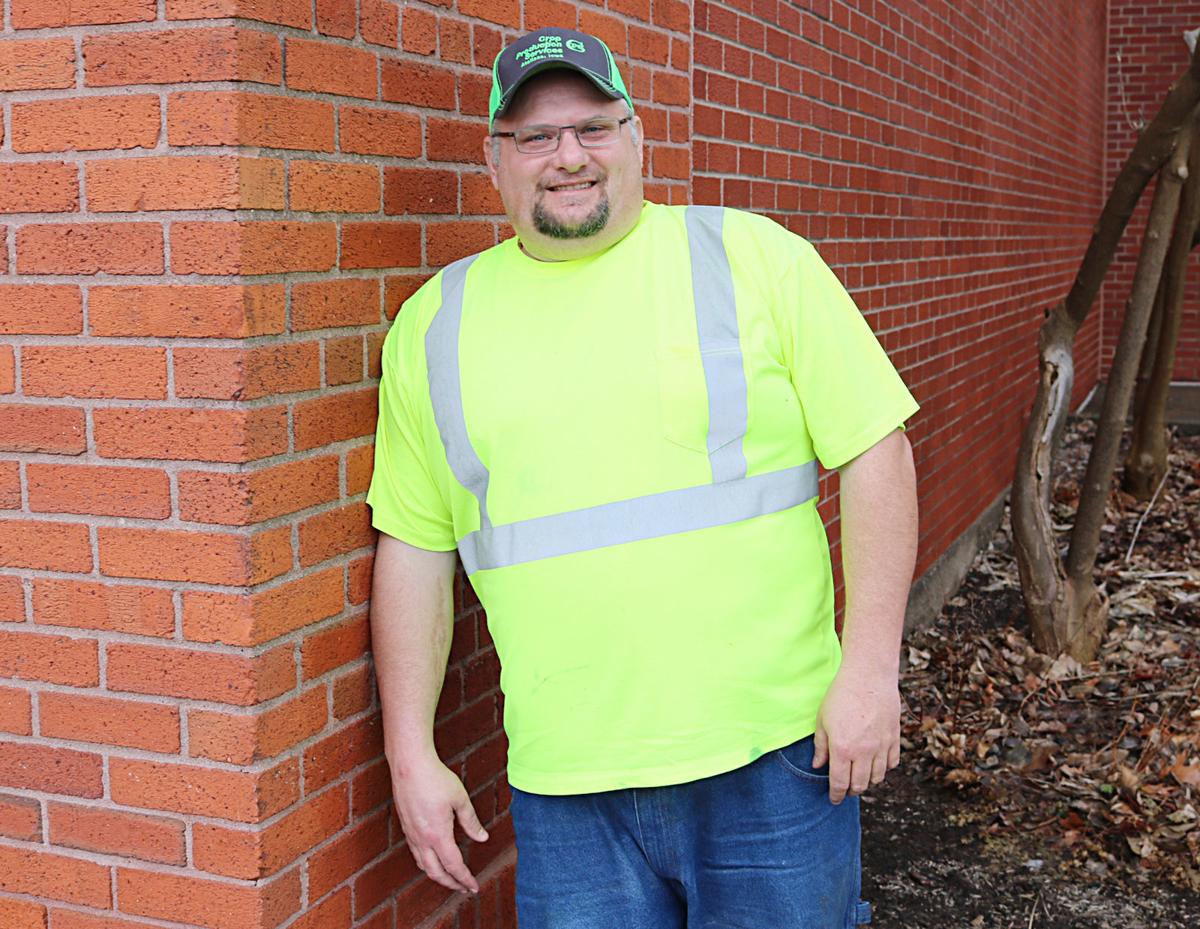 Now back at work, Matthew Carlson continues his recovery and healing process after being struck by a train in 2016. 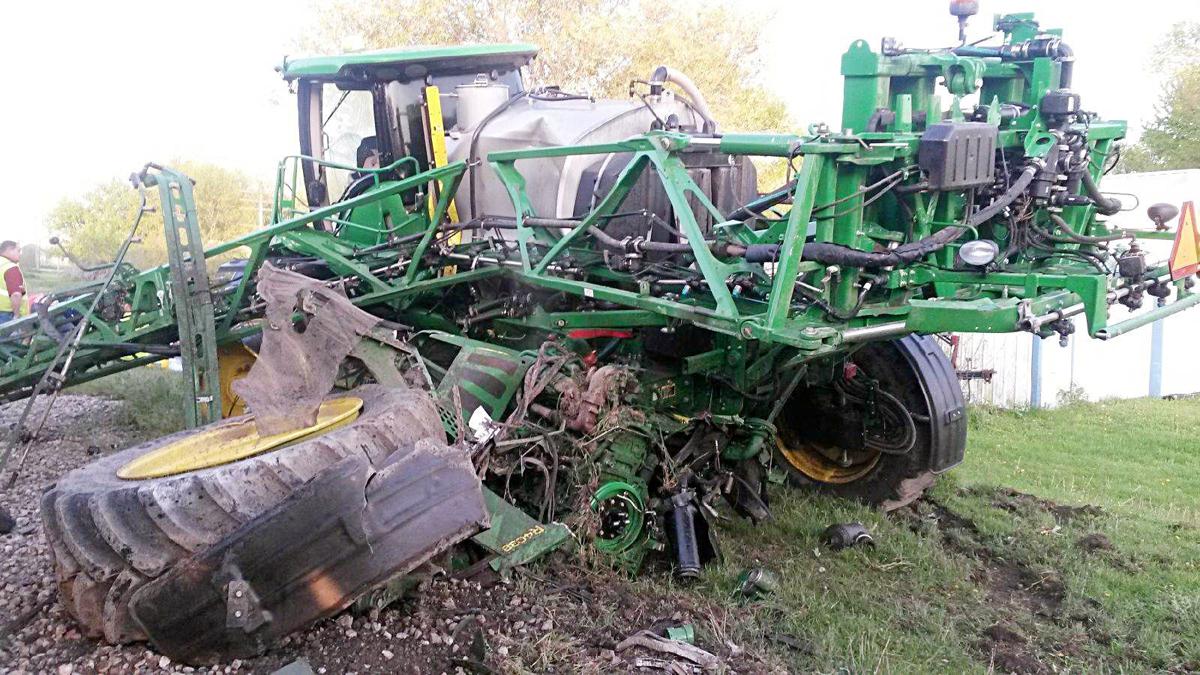 A John Deere fertilizer sprayer was demolished after Matthew Carlson was struck by a train in Atalissa in 2016. 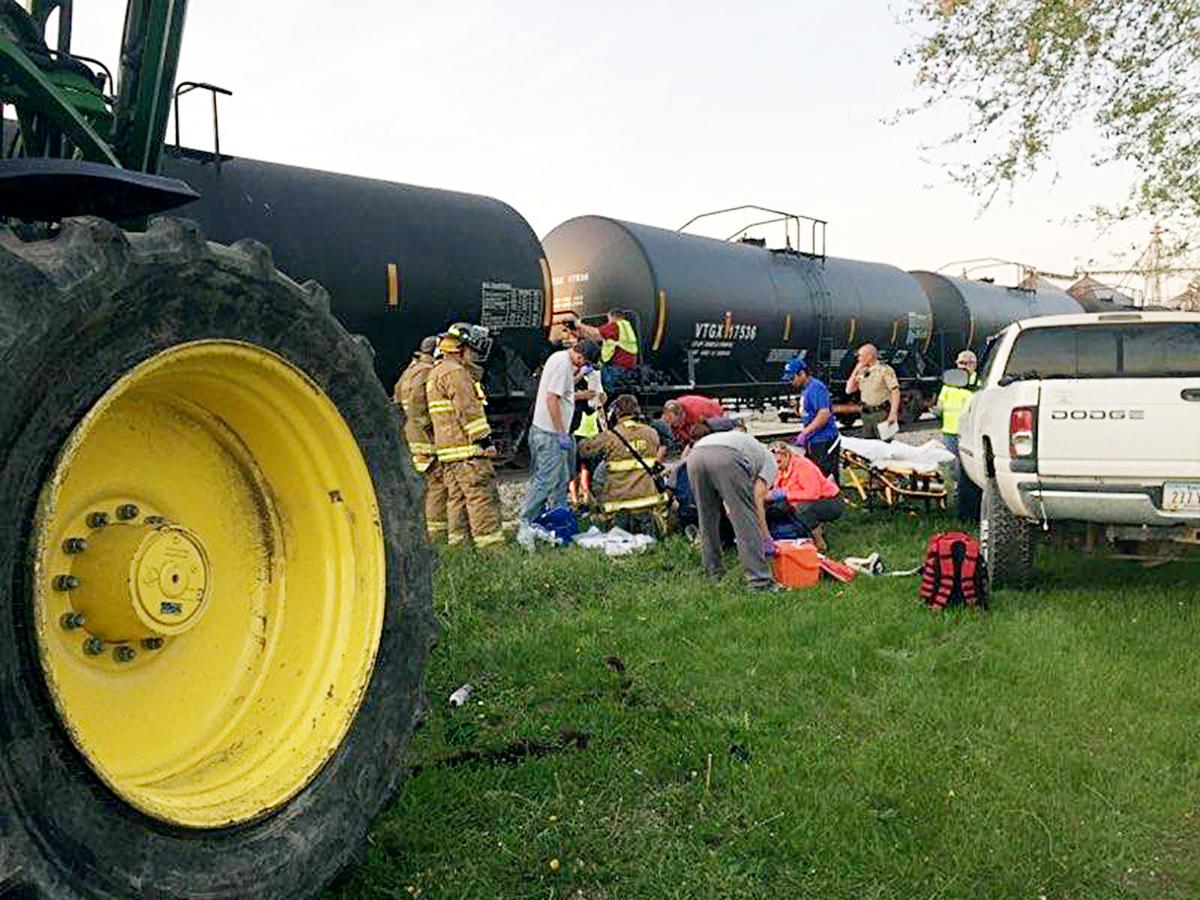 Local police and fire departments respond to a call of a train striking resident Matthew Carlson, who was riding a John Deere fertilizer sprayer when crossing the tracks on May 5, 2016. 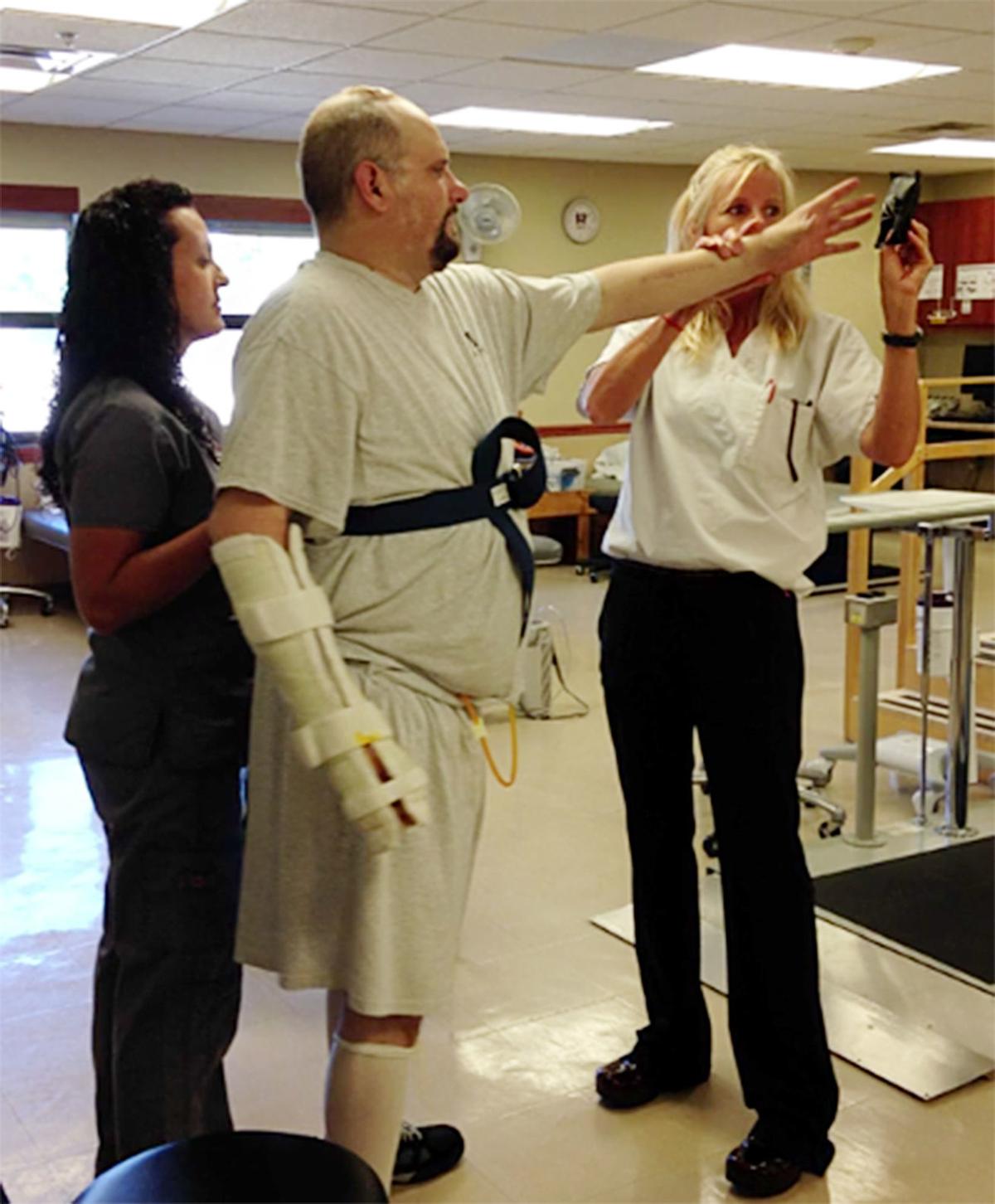 MUSCATINE — Matthew Carlson refers to May 5, 2016, as his "bad day" — arguably an understatement, considering it was the day he suffered severe brain trauma after being struck by a train in Atalissa.

Around 7 p.m., Carlson, who was 40 at the time, was working for Crop Production Services in Atalissa, riding a John Deere fertilizer sprayer when he crossed the Oak Street railroad tracks, as he did every day.

"I was going to refuel so I could go home for the day,” Carlson said. “But my day got a whole lot longer.”

In what he said felt like a "split second," Carlson was struck by an eastbound Iowa Interstate Railroad train, ejecting him from the sprayer.

"I was being very complacent that day and that's what happened to me," he said. "It's not hard to be complacent in the industry I'm in because you're doing the same thing over and over again. I probably crossed those tracks — I don't even want to know how many times. That day, there was a train, and we fought, and he won."

Local fire and police departments, including from Atalissa and West Liberty, arrived at the scene and Highway 6 was blocked to traffic until midnight, according to the police report. Carlson was taken by helicopter to University Hospitals, Iowa City.

"Where they found me, they had to wait until the train stopped to get to me because I was on the opposite side of the tracks from the office," Carlson said. "I just can't figure out what those guys were thinking that day. They had to hear it, had to see it. I'm guessing all they could think was, 'he's a goner.'"

Carlson stayed in the intensive care unit in Iowa City for two weeks, where doctors learned he had broken his arms, shoulder blade, collar bone, neck, plus both rib cages, collapsing his right lung.

"My first time in the hospital, that first 24 hours, there was no guarantee," he said. "I'm sure they were warning my family."

When doctors learned he suffered damage to his entire brain, he was transferred to Madonna Rehabilitation Hospitals in Lincoln, Nebraska, according to spokeswoman Lora Vohl.

The accident, plus the three months that followed, are blank in Carlson's memory, he said. After being hit by the train in May, the first thing he remembers is waking up on the Fourth of July.

"The first thing I can remember after my accident was I heard fireworks outside my hospital window in beautiful Lincoln, Nebraska," Carlson said.

The doctors at Madonna Rehab explained what had happened and the severity of his brain trauma.

"Honestly, I didn't understand it," he said. "I think they had to tell me multiple times that I injured my entire brain."

Carlson spent the next three months working with physical therapists and a neuropsychologist, who led him through physical, occupational, speech and vision therapies.

"Matthew remained in our continuum of care through late October 2016," Vohl said. "A big focus of Matt's treatment program was getting him back to work, so during his time at Madonna, he serviced motorized wheelchairs through our Work Re-Entry program."

The doctors offered Carlson opportunities to tinker with tractors and other farm equipment, hoping to get him back to work. And on Oct. 22, Carlson was released from the hospital.

"It was the first time I had been in a vehicle or with my mom and dad for I can't tell you how long, well over a year," he said. "I was going home that day. I climbed in my dad's pickup proud as a peacock and got to ride home."

Back in Iowa, Carlson continued vision, physical and speech therapy. Continuing to build his strength, Carlson said he will always remember the first day he was able to drive again.

"I didn't get to drive until over a year after my stay at the hospital, and I drove back to Lincoln," he said. "I took my mom and sister for a one-year check-up and I passed with flying colors."

Now back on the job, Carlson is slowly working his way back to his old position.

His job has gotten somewhat easier, he said, with now most of his company's offices located on the same side of the train tracks. But he's still recovering. His right hand feels numb most of the time and the healing process continues, he said.

Throughout his company, Carlson has spoken at safety seminars and other events to share his experiences, which he considers one of the most therapeutic parts of his recovery.

"You just have to take a couple seconds and think about what you're doing," he said. "The biggest thing now is think about your family and how they're all going to go through it. I might have got hurt, but I sure put my family through a lot."

Now hearing stories from the night of the crash, Carlson admits, “I must be one tough son of a gun, if I made it through that mess.”

INGSTAD: The future of energy production in Muscatine

As a longtime resident of Muscatine, I always have believed in our community’s ability to grow and change for the better. It is because of thi…

MUSCATINE — According to court documents, a lawsuit filed by former Muscatine City Administrator Gregg Mandsager against the city and four cou…

Girl, 12, airlifted after fall on houseboat

MUSCATINE – During a “Coffee with the Mayor” event Saturday morning, Mayor Diana Broderson announced her intention to seek re-election to her …

Meeting the public at the Muscatine County Fair

MUSCATINE — While director of operations and co-owner Josh Sargent acknowledges The Pointy End Picks and Pawn is a pawn shop, he says he only …

Now back at work, Matthew Carlson continues his recovery and healing process after being struck by a train in 2016.

A John Deere fertilizer sprayer was demolished after Matthew Carlson was struck by a train in Atalissa in 2016.

Local police and fire departments respond to a call of a train striking resident Matthew Carlson, who was riding a John Deere fertilizer sprayer when crossing the tracks on May 5, 2016.