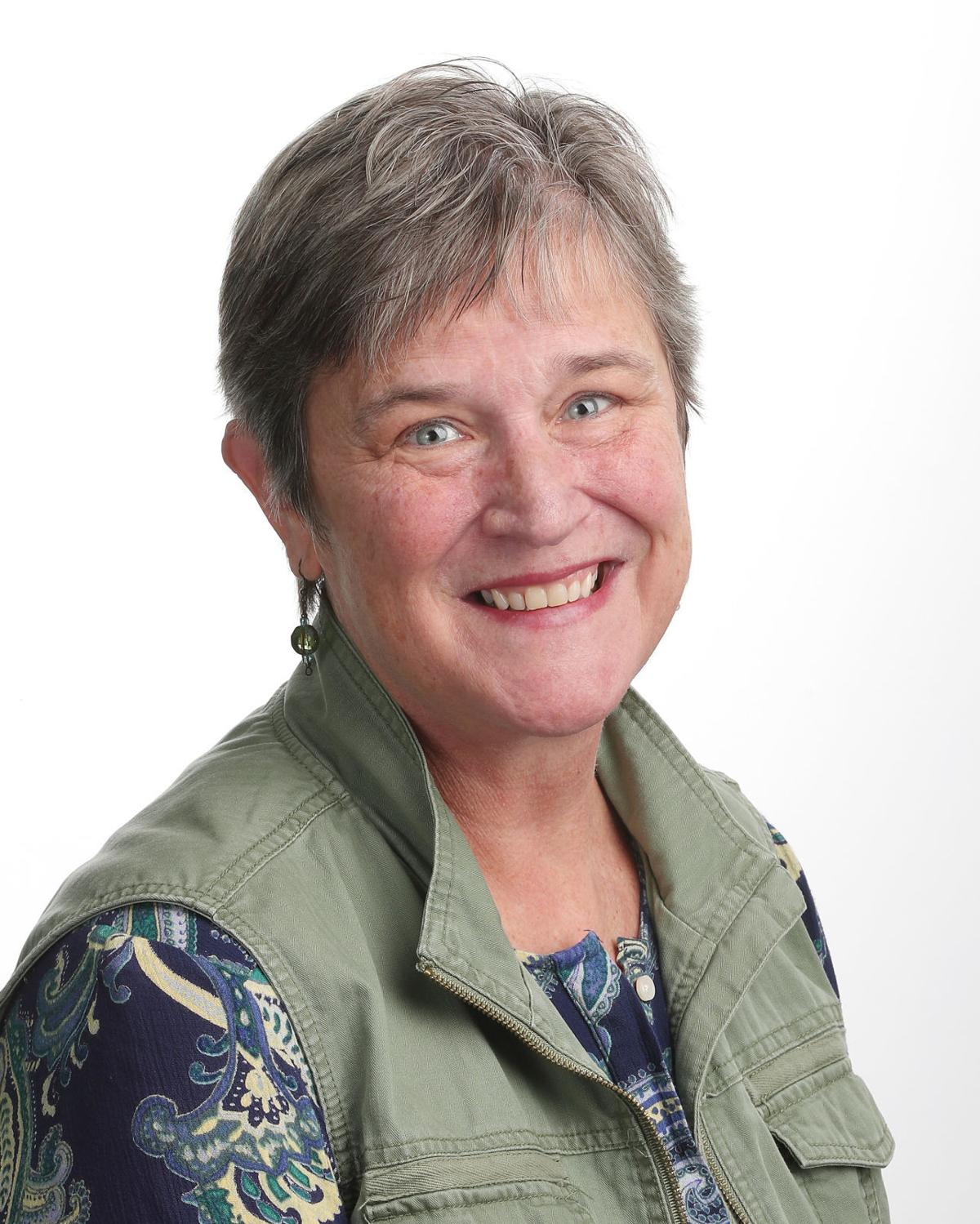 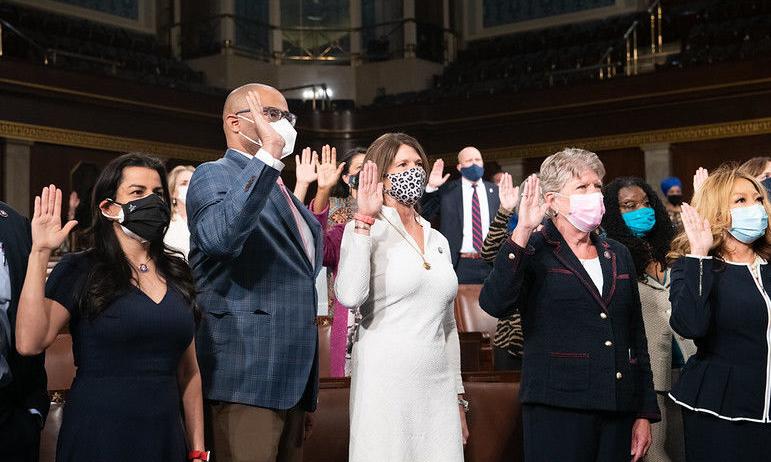 Until he got the text message Wednesday afternoon, the sheriff had no idea his congresswoman wife was hiding from armed rioters on the floor of the U.S. House of Representatives.

Rock Island County Sheriff Gerry Bustos wasn't near a computer or a TV when all hell broke loose on Capitol Hill. He didn't know until he got a two-word text message from his wife, U.S. Rep. Cheri Bustos, that her life and the lives of many others were in danger.

In a phone call Thursday afternoon, Cheri Bustos told me what happened, how she got word to her family and how a flight back home to the Quad-Cities on Thursday was nearly as harrowing as those terrifying minutes in the Capitol.

The job of the day was to certify the election of President-elect Joe Biden, of course, and a couple dozen members of both parties were spread throughout the chamber — some in the gallery and some on the floor. Bustos was on the House floor.

"Maybe an hour into the debate, you could start hearing noises outside," she said. "It kept getting louder and louder."

A nearby colleague had a news site on a cell phone and shared with Bustos an image of "a mob, running up the Capitol steps."

Then, someone whispered into the ear of House Speaker Nancy Pelosi, and she left the dais. Next, the majority leader and majority whip were taken out. This all happened quickly.

"Capitol police got on a microphone and said we should be prepared to get on the floor," Bustos said. "There were a lot of emotions you could see or hear — members crying, a member screaming. We have combat veterans among us, and they were absolutely great, because they kept us all calm."

Another announcement came: "The mob was in the (nearby) Statuary Hall, headed our way, and we should get our gas masks out."

Few knew how to use a gas mask, she said, but one of the veterans stood up and demonstrated. Bustos said her mind was racing, trying to stay a couple of steps ahead of what was happening, mentally, so she was prepared to respond. She calculated whether she would fit under her seat, but she's too tall at 5 feet. 9 inches.

"Our freshman from Texas, Colin Allred, was right in front of me, and he's a former NFL player," she said. "I said, 'Colin, I'm going to stay by you.'"

In describing her location inside the House chamber, Bustos said she took a picture with her phone of the broken glass in the window of the door that many Americans recognize as the door from which the president emerges at the start of the State of the Union Address. It is the broken window through which police inside the chamber were pointing their guns in an image widely circulated.

"I was literally a few rows from that," she said. "We were told we were being escorted to a secure location, and I was helping a couple of the older women. Everybody looked out for each other. It was a bleak, horrible moment in our history, but what I'm most proud of is that we went back in there, and we stayed until 3:30 in the morning.

"Democracy prevailed through mob action. And, if somebody started firing on us ... we'd have taken care of each other."

But she had others to think about, too; her husband, Gerry, sons, Tony, Nick and Joey, and their wives. She sent a message to all seven through the family's text chain: "I'm safe."

But her husband of 34 years didn't know she'd been in danger. One of the daughters-in-law texted him a headline, which got him quickly up to speed. As a longtime law-enforcement official, Gerry Bustos knew better than most the situation was life-threatening.

"It was different for me in that she was in there," he said Thursday. "I was like the rest of America, and it was very stressful and surreal.

"I got to talk to her for a second. I remember saying, 'Don't give out your location.' You never know who's reading or listening, and I'm not naive to those things."

The sheriff was frustrated, he said, because the capitol police clearly were "ill prepared." Officers at the Capitol did a heroic job of protecting people, but there weren't enough of them, and they weren't sufficiently equipped to do battle with an angry mob.

"It was great those veterans were there, but most members aren't veterans,"he said. "They are business people, mothers, former reporters. They've never thought: Am I going to die today?"

But it wasn't entirely over.

The flight from D.C. to Chicago on Thursday morning was "the most outrageous and dangerous flight" she's ever been aboard, Rep. Bustos said. The plane was full, and many of the passengers were wearing MAGA hats and clothes and were standing up and shouting, telling people to remove their masks and harassing one Asian passenger, she said.

She was grateful she wasn't still wearing the Congressional pin that members wear to identify themselves on the Hill. The passengers were so intimidating and close to inciting violence, she said, police met the plane at O'Hare.

After the last leg home, her husband/sheriff met her at the airport in Moline.

"This isn't over," Gerry Bustos said. "It wasn't a one-time deal, as Cheri told you about the flight home."

Miller-Meeks: Trump should stay and 'plenty of blame to go around' for US Capitol riot 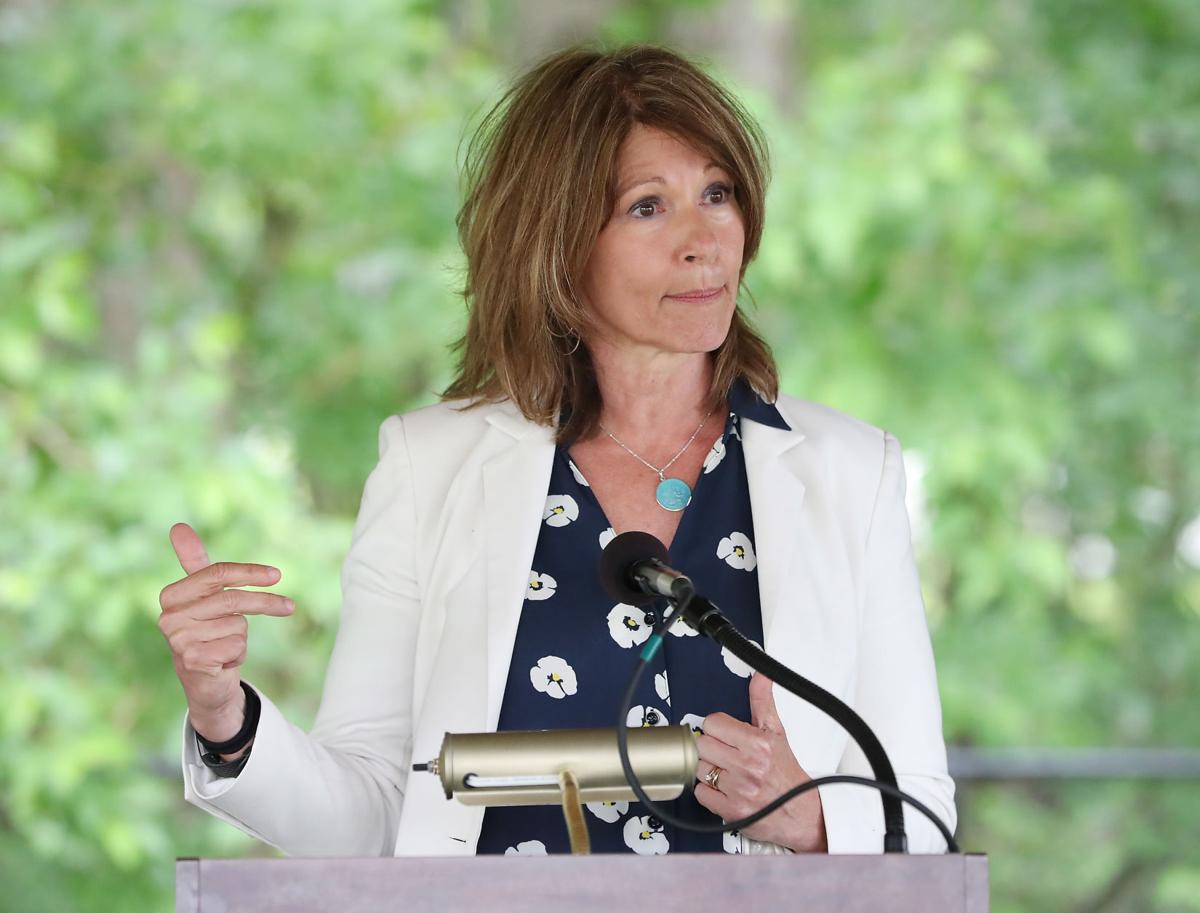 U.S. Rep. Cheri Bustos, D-Moline, has been named chair of the subcommittee on General Farm Commodities and Risk Management for the 117th Congress.