World Series: Follow updates and scores as the Astros face the Braves

Bring the family to Boonies
Share this
{{featured_button_text}}
1 of 2 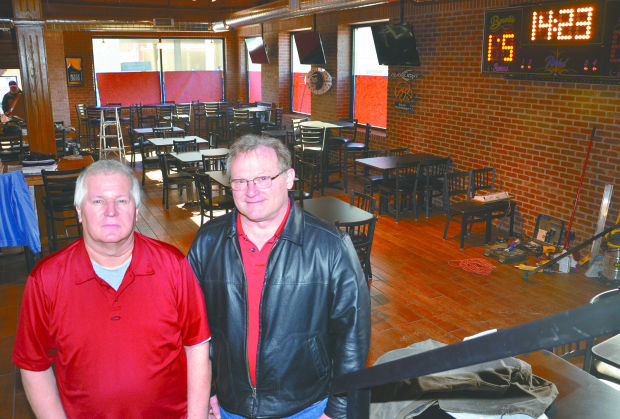 Mike “Boonie” Kleist, left, and Tom Meeker are working on last-minute touches as they get ready to open a new restaurant and bar in downtown Muscatine. 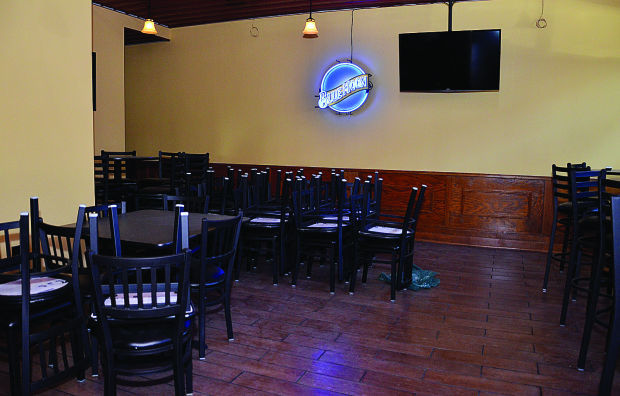 Boonies, located at 214 Iowa Ave., will feature new, expanded rooms for big parties, as well as updated bathrooms and wall-to-wall coverage of sports on their numerous flat-screen televisions.

MUSCATINE, Iowa — Starting April 1, Mike Kleist’s new restaurant and bar  will bring him back to  214 Iowa Ave. after 20-plus years away.

And Kleist, 58, is using his nickname, “Boonie” as the name of the new restaurant, Boonie’s On the Avenue.

The wheels for the new, industrial-looking business started turning late last summer. Tom Meeker, who owns the property as well as the Button Factory building, said he was interviewing people for the Button Factory when Kleist told him his idea for a restaurant downtown with a bar.

“I decided it [the Button Factory building] was too huge for his idea but then told him I wanted to do something nice with the old MVP’s Lounge location,” Meeker said.

The two worked out a deal where Kleist would lease the building from Meeker and would be the owner/manager of the retaurant.

“In no way are we similar to MVP’s,” Kleist said.

The restaurant, which is filled with 11 flat screen televisions, light-up beer signs and a personalized scoreboard, includes a menu of chicken wings and specialty burgers. He also opened up a side room for bigger parties and an upstairs.

“The most repeated remark we got was to update the bathrooms,” Meeker said with a laugh.

Kleist said there was a need for this downtown, “emphasizing on the family friendly atmosphere with sports obviously a big theme.”

Kleist said the restaurant will carry all sports packages through its cable provider.

“If someone is sitting and watching a west coast game, we won’t close until the game is over,” Kleist said.

Kleist has owned five bars in Muscatine, the first being Boonies Basement, which he opened when he was 22. He said he knows a lot of people in town, which helps preserve his “customer is always first” motto.

“There’s going to be a no smoking area in front of the bar,” Kleist said. “And my son and I are going to police that. I know that won’t sit well with some people but because of the family environment, we don’t want people walking through a cloud of smoke as they come in.”

Kleist’s son, Cord, will serve as the assistant manager, while doing “a little bit of everything.” One day, he’d like his son to maybe even take over.

“I would say I’m grooming him to take over one day or I hope he has something of his own,” Kleist said.

Opening Monday, April 1. Along with specialty burgers, the bar will include microbrews from Quad Cities and, Kleist hopes, Iowa City breweries.

Hours of operation include Sunday-Thursday

NASA and SpaceX count down to Halloween launch

NASA and SpaceX count down to Halloween launch

Court injunctions are part of the gamesmanship of strike negotiations, experts say.

Fired up: Applications for gun permits in the Quad-Cities increased during the pandemic

Gun sales have increased across the country and in the Quad Cities during the COVID-19 pandemic.

'Work smarter, not harder': How Davenport plans to use a $700K federal grant to address gun crime

When it comes to reducing a gun crime rate that reached an all-time high in 2020, Davenport city and police officials say the motto is "work s…

Mike “Boonie” Kleist, left, and Tom Meeker are working on last-minute touches as they get ready to open a new restaurant and bar in downtown Muscatine.

Boonies, located at 214 Iowa Ave., will feature new, expanded rooms for big parties, as well as updated bathrooms and wall-to-wall coverage of sports on their numerous flat-screen televisions.