McBride was sentenced to three years on probation during a hearing on April 30, 2020, after pleading guilty to trafficking in crack cocaine, heroin and ecstasy in Scott County District Court.

Sarah Marie Thompson, 38, of Davenport, is on probation until Oct. 15, 2022, after pleading guilty to a charge of operating a vehicle without the owner’s consent. She was sentenced Oct. 15, 2020, during a hearing in Scott County District Court.

Thompson is charged with:

According to the arrest affidavits filed by Bettendorf Police Sgt. Joshua Paul, Bettendorf police officers were conducting a methamphetamine investigation on Thompson.

At 9 a.m. May 18, Bettendorf officers were watching 1202 Brady St., Apt. 2, as Thompson was driving a black Dodge Charger. Officers then observed a 2007 Silver Grand Prix, driven by McBride, show up. Thompson got into McBride’s vehicle for about a minute and got out. McBride then drove away. Officers took Thompson into custody on a warrant. At that time she was in possession of a quarter-pound of methamphetamine, which Thompson stated came from McBride. Thompson said she met with McBride to pay $1,000 of a $3,000 drug debt. A text message confirmed the transaction. Thompson admitted to obtaining between 1 and 4 ounces of methamphetamine a day from McBride for the previous six months.

On Tuesday, officers went to Thompson's apartment, 1202 Brady St., in connection with the meth investigation and placed her under arrest. In a satchel that Thompson had around her shoulder officers found 95 grams of crystal methamphetamine.

At 8:37 a.m. Tuesday, officers searched McBride’s home and vehicle. He already had been arrested while at Walmart on West Kimberly Road in Davenport. At McBride’s home, officers seized 30 ecstasy pills in a baggie that weighed 17 grams. From McBride, officers seized some cocaine that McBride had on him for personal use. From the vehicle, officers seized a loaded Ruger handgun. McBride admitted to police he had taken the firearm earlier in the day from the residence of the mother of his baby.

Both McBride and Thompson are scheduled for preliminary hearings on June 18 in Scott County District Court.

McBride was being held Wednesday night in the Scott County Jail on cash-only bonds totaling $115,000.

Thompson was being held Wednesday night in the Scott County Jail on cash-only bonds totaling $75,000.

Watch Now: Why are there more floods?

Gross! An up-close look at the secret world of banana slugs

Gross! An up-close look at the secret world of banana slugs

Iowa State Penitentiary inmate Ray Gene Triplett, 57, has died, likely due to complications related to COVID-19 and other preexisting medical …

A traffic stop late last night Saturday by Clinton Police led to the arrest of a man in possession of methamphetamine, marijuana and mushrooms…

A Davenport man who died in a motorcycle crash Friday evening has been identified by the Davenport police department.

A man serving four years and wanted on a Davenport charge for trafficking in methamphetamine was returned to the Scott County Jail on Wednesday.

A man and woman from Moline died Sunday after a teenage driver crossed the center line, police said.

A Davenport man was arrested early Tuesday morning in relation to the shooting death of an East Moline man Sunday.

Davenport Police are investigating the shooting death of a man in the 2200 block of Nevada Avenue.

A shots-fired investigation early Sunday led to the arrest of a Davenport man on charges of selling methamphetamine and “crack” cocaine, Daven… 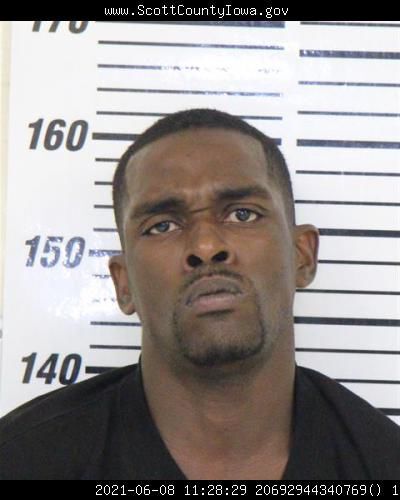 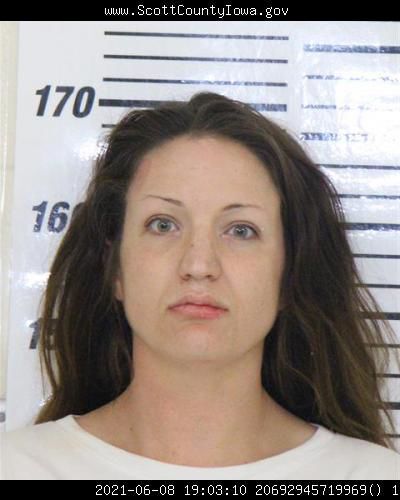