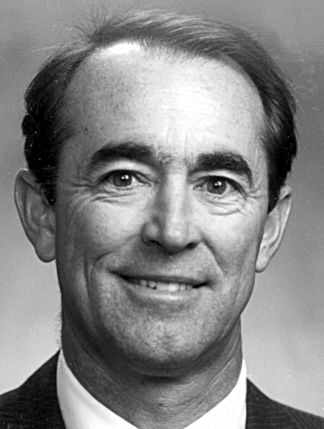 MUSCATINE, Iowa — Muscatine’s garbage pickup could, in the next few years, resemble the way recycling has been handled here over the past two years: with a machine.

Public Works Director Randy Hill and Laura Liegois, the city’s solid waste manager, briefed city council members Saturday during a budget meeting on a proposal to forego spending $150,000 on a new two-person garbage truck during the coming fiscal year and instead spend part of the money on an experiment.

The idea is to use a trial area — including about 730 households and a commercial area as well — and outfit two of the city’s five garbage trucks with two tippers each. The machines  would hoist city-provided garbage containers into the truck.

If the experiment works well, only trucks designed to pick up the wheeled containers — such trucks require only one employee to operate, rather than the current two — would be purchased in the coming years.

When the garbage system is fully automated, the city’s refuse collection program would begin to save money, City Administrator Gregg Mandsager said, in part due to positions that would be eliminated through attrition.

Like it did when the recycling program was begun in April 2011, the city will provide residents and and small businesses the wheeled garbage containers for free. There’s $34,000 in the proposed budget for the initial set of containers, and $26,000 for the tippers.

“If (the trial)  doesn’t work, fine,” Hill said. “But I think that people will find this cleans things up.”

It it’s approved, the new program would not increase current garbage and recycling charges, Hill said, which are, for residential service, $15 for seniors and $20 for non-seniors.

Council members made no decision on the plan Saturday.

After that, the city council could begin discussing the proposed budget. Those discussions are expected to continue during the next meeting, at 5:30 p.m. Thursday, Feb. 14, at City Hall.

That meeting will be held in place of the city council’s in-depth meeting, which has been cancelled.