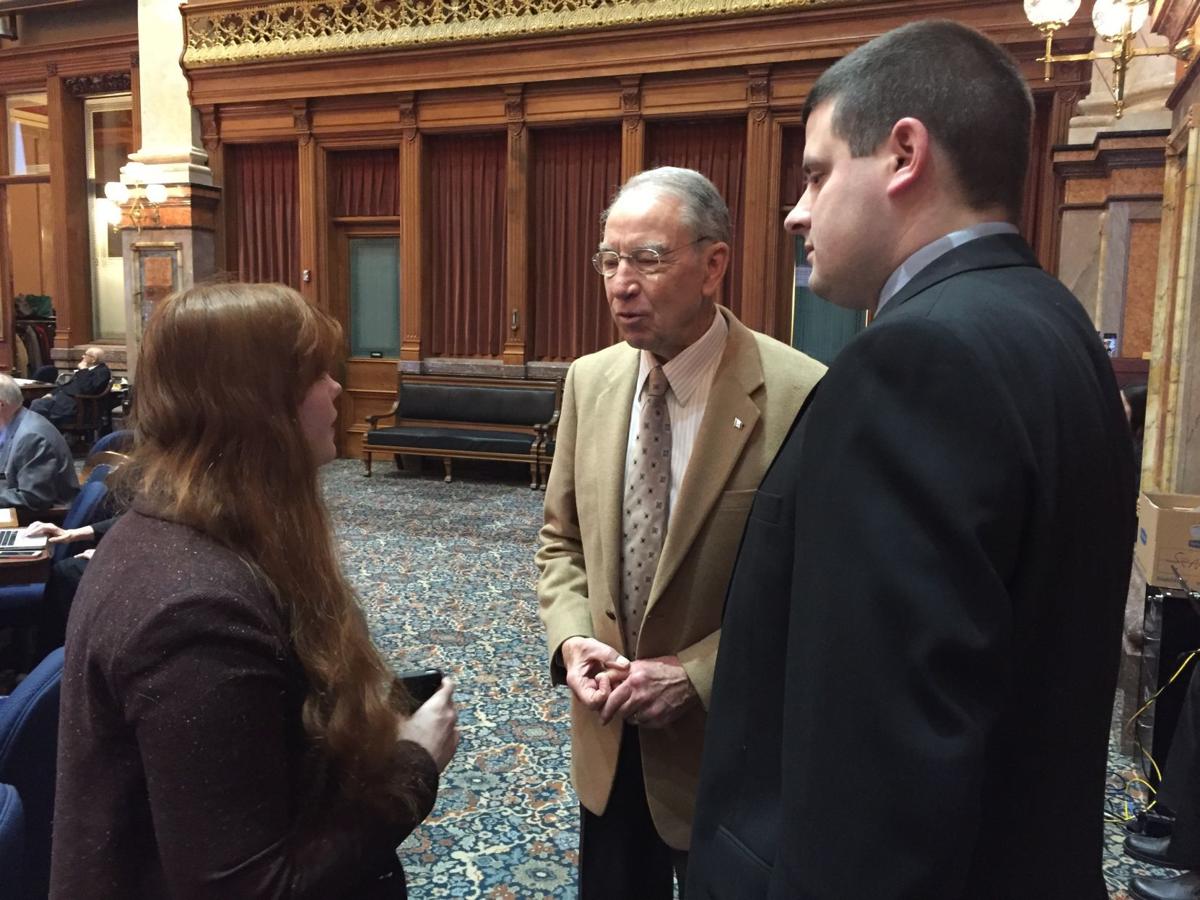 Abbie Flanders, left, visits with U.S. Sen. Chuck Grassley and his grandson, Rep. Pat Grassley, R-New Hartford, during the senator’s Jan. 2017 visit to the Iowa House where he served more than 40 years ago. Flanders is a clerk in the House. 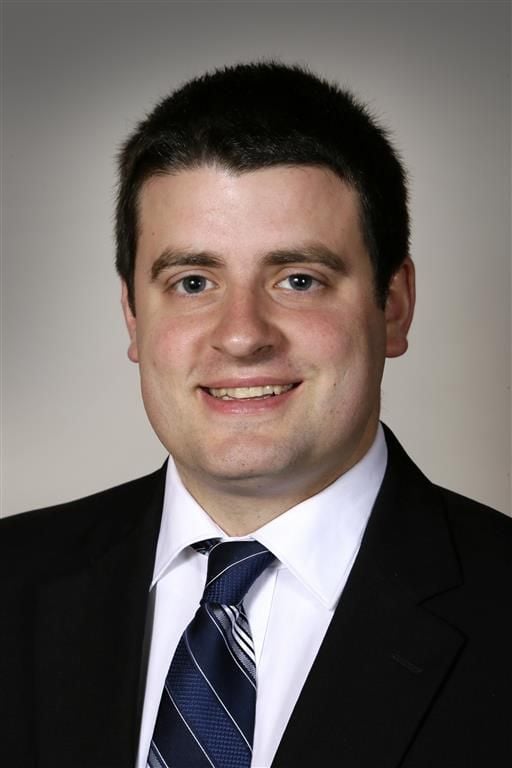 DES MOINES — Sixty-one years after he was sworn in as a freshman member of the Iowa Legislature, U.S. Sen. Chuck Grassley was on hand Monday to watch his grandson get sworn in as the 72nd speaker of the Iowa House.

Sen. Grassley, who served in the Iowa House from 1959 until 1975 when he became a member of the U.S. House, escorted New Hartford Republican Pat Grassley to his installation as speaker. The young Grassley succeeds former Speaker Linda Upmeyer, a Clear Lake Republican who announced in September she would step down from leadership.

With his wife and three children, parents, grandparents and in-laws in attendance, Pat Grassley’s installation highlighted an opening day that saw members of the 88th General Assembly brave slippery roads and even winter fog to bring their visions to the Statehouse for a scheduled 100-day session of the 2020 Legislature.

In remarks to his colleagues, Speaker Grassley encouraged them to be “creative and purposeful” in finding solutions to the challenges facing the state.

Grassley also wants to show Iowans that unlike their federal legislative counterparts, “when there are opportunities to work together, we actually do work together.”

“Much of the work we do here is bipartisan,” said Grassley, whose words carried added emphasis with his grandfather watching. “I want this body to demonstrate that when we come to Des Moines, we are here to address the issues that Iowans have brought to us.”

His said his hope is for a session with “less partisan games, less political theater” and more results for Iowans.

“Iowa is working and Iowa is on the move,” she said. “As we move into this decade, we have an opportunity to build on our success and shape Iowa’s future for decades to come,” Reynolds said in remarks that may be a harbinger of her third Condition of the State address she is slated to deliver Tuesday morning to a joint session of the General Assembly.

Grassley also expects lawmakers to work to decrease child care costs for families and improve access to providers, and create “an off-ramp” for Iowans who want to advance in their careers and phase out their need for government assistance. He said Republicans would work with the governor to pass a “conservative budget that funds our priorities in a responsible way” while providing more money for rural broadband, workforce development and education.

Republicans, who hold majorities of 32-18 in the Iowa Senate and 53-47 in the Iowa House, touted their accomplishments during their three years of Statehouse control.

Senate Majority Leader Jack Whitver, R-Ankeny, used terms like “productive, historic, and transformational” to describe recent legislative changes. But he vowed to colleagues that “our work is not done.”

Whitver and leaders from both parties opened the 2020 session with floor speeches outlining various priorities, touting “bold” leadership and promising bipartisanship where possible against a presidential election-year backdrop.

Senate President Charles Schneider, R-West Des Moines, pointed to the state’s surplus in warning colleagues “in times like this there’s a pressure to spend.”

But he said Republicans would stay the course by limiting government spending and regulations while addressing needs and still returning surplus dollars to Iowans in the form of lower taxes.

“It is time to start sending a message that Iowa will once again be a friendly, inclusive state for everyone,” she said. “Iowans shouldn’t have to worry that their human and civil rights are on the line when the Legislature is in session.

House Democratic Leader Todd Prichard of Charles City likened Monday’s opening pomp and ceremony to the start of a decadelong journey to build a better future for Iowans.

To that end, he expected Democrats would introduce legislation to “put education first again” by expanding preschool, investing in job training and quality professional training programs, assuring that health care is accessible and affordable in all parts of Iowa.

Rep. Matt Windschitl, R-Missouri Valley, who commenced his role as House majority leader, summed up his 2020 focus into one word: “freedom.” He invited all 100 House members to look for the opportunity to cross the political divide and find common ground.

“Yes, Iowa is in a great place financially, economically, educationally, and by many other metrics, but our work is not done. I guarantee you there is more freedom to be found for our constituents if we only apply ourselves and look,” Windschitl said. “Iowans deserve a government that works for them, not against them. If we, as the Iowa House of Representatives, hold the principles of freedom and liberty high and use them as the balance and the scales by which we judge the proposals before us, then Iowans will have the state government they need and deserve.”

They can be watched live on the legislative website at legis.iowa.gov.

What time period do you belong in?