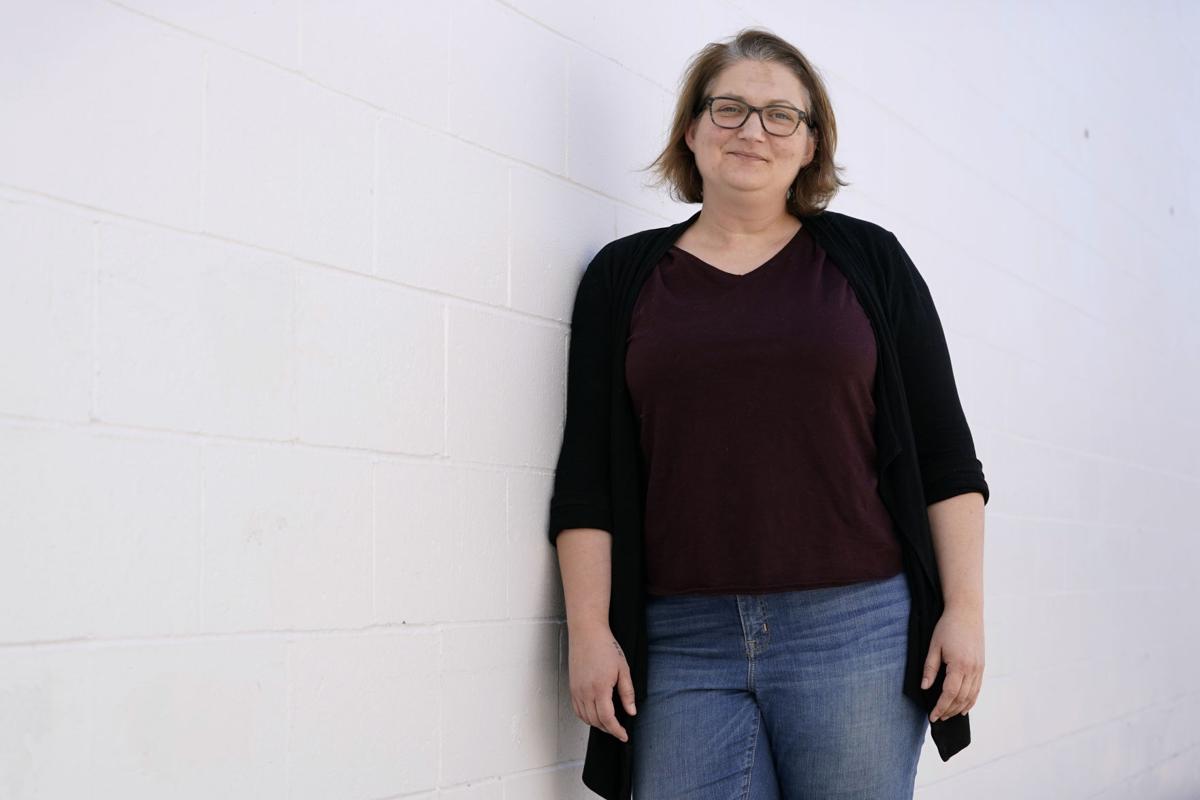 Elesha Gayman, Democratic chairwoman in Scott County, stands outside her office, Wednesday, May 26, in Davenport, Iowa. 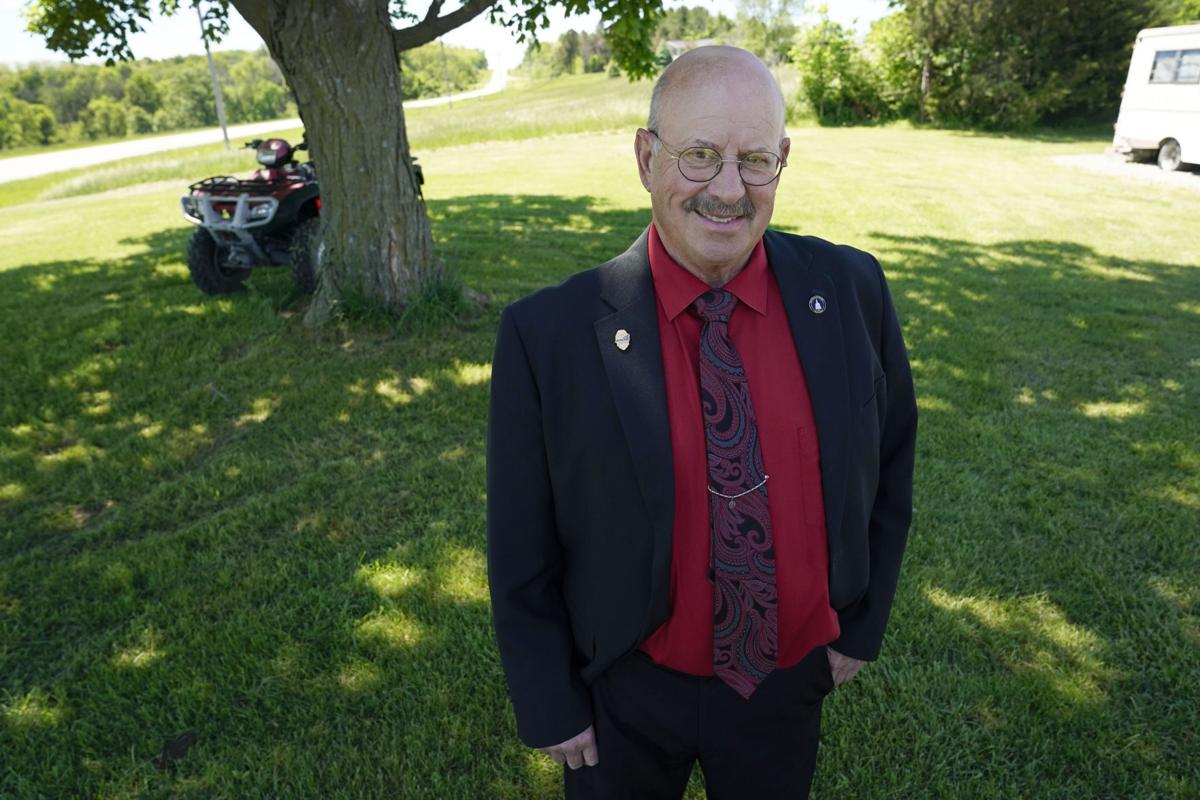 Former Democratic state senator Rich Taylor stands outside his home on Wednesday, May 26, in Mount Pleasant.

KEOKUK — Democrats lost last year's election for Iowa's 2nd Congressional District by the narrowest margin in a House race in almost 40 years. After the six-vote heartbreaker, some expected Democrat Rita Hart to immediately declare a rematch in the southeast district long held by her party.

So far, no Democrat has stepped up to run.

The hesitancy to jump into a district now as competitive as they come is one measure of Democrats' fatigue in a state viewed for decades as a true battleground. Even as the coronavirus pandemic gradually wanes and President Joe Biden's job approval remains strong, Iowa Democrats say they can feel their party receding, particularly from the industrial river towns they once claimed as bastions.

"I kind of think we're past the point of no return," said Rich Taylor, a former Democratic state senator who lost last year after eight years representing economically struggling Lee County, which hugs the Mississippi River in the state's southeast corner. "I believe that the people of southeast Iowa will wake up. But I don't think it's going to make a difference for the next 20 years."

It took years to reach this point. For more than a decade, Democrats have watched their ranks in farm communities dwindle. At the same time, their once-dominant strength in the state's factory towns was undermined by shrinking union power and population loss. Republican Donald Trump's popularity among the white working class in those areas to some feels like a final blow.

"The big question is: Can we bring it back?" said Matt Pflug, a Democrat on the board of supervisors in Lee County. "I don't know if we can."

Democrats' fight to defend a six-seat majority in the House next year could come down to battles for similar river districts. In western Wisconsin, Republican Derrick Van Orden is seeking a rematch against 13-term Democrat Ron Kind, who held his seat by just 10,000 votes in 2020. Across the Mississippi, Minnesota Democrat Angie Craig won by a similarly narrow margin and will face a rematch from Republican Tyler Kistner.

Further south, Republican Esther Joy King is running again in the western Illinois district that includes the Quad-Cities area, where five-term Democrat Cheri Bustos has decided against seeking reelection. Bustos won by just 12,000 votes in 2020, after winning by more than 55,000 in 2018 and almost 60,000 in 2016.

National Democrats, and some local activists, say they expect a competitive candidate to emerge in both districts. Neither Hart nor Finkenauer responded to requests for comment.

Democrats argue that the Biden administration's economic agenda will be the key to winning these races. His proposed infrastructure and family aid initiatives — $4 trillion in new spending on top of the $1.9 trillion COVID-19 relief package passed in March — will "deliver unprecedented resources to underserved and rural communities in a way that can really provide a generational shift," said Sam Cornale, executive director of the Democratic National Committee.

"But it's not good enough, though, to simply deliver good policy," he said. "I think we also have to communicate how it can impact everyday Americans."

Since February, Biden has traveled once to Wisconsin and twice to Pennsylvania and Michigan, all states he narrowly won last year. He has not been to Iowa, where Trump beat him by 8 percentage points.

Iowa was once a top political battleground. For the past two decades, the state has swung back and forth in presidential elections, while the parties traded control of the governor's office. For 30 years, it sent liberal Democrat Tom Harkin to the Senate, as well as conservative Republican Chuck Grassley. Harkin's seat is now occupied by Republican Joni Ernst.

Those Democratic victories relied on support from union laborers, a progressive rural farm tradition and backing in the state's small and midsize metro areas.

Democrat Dave Loebsack, a college professor, won seven consecutive House terms in Iowa's 2nd Congressional District until his retirement this year, chiefly by posting big margins in Johnson County, home of the University of Iowa and a growing suburban corridor.

But the once-robust Democratic union base has dwindled as manufacturing jobs have left cities such as Burlington, Fort Madison and Keokuk along the river. The trend has left onetime industrial areas with disproportionately older voters without college degrees, voters who lean Republican.

In 2016, Trump carried 9 of 10 Iowa counties along the river, missing only Scott County, the most metropolitan. Notably, Trump was the first Republican since Dwight D. Eisenhower to carry Dubuque County, for decades a union stronghold.

Last year, Republican Mariannette Miller-Meeks beat Hart in the congressional race by surging dramatically in the district's vast stretches of farmland west of the Mississippi River. There just weren't enough Democratic votes in the river towns.

"We used to be able to count on the union vote here," said former state Sen. Jerry Kearns of Keokuk, in Iowa's southeastern corner. "Not anymore."

Kearns was president of his United Steelworkers local for 20 of his 38 years working at Henniges automotive parts manufacturer. Today, only about 500 union employees remain of the 1,500 Kearns once represented.

Union voters are younger than 20 years ago and don't "realize what the Democratic Party has done for organized labor," he said.

Union leaders see Biden's agenda as a benefit to workers, but workers themselves aren't as engaged in the policy, Kearns said, "and are more interested in things like guns and rights they want to blame Democrats for trying to take away."

Up the river in Des Moines County, Case International's farm equipment plant in Burlington maintains a union workforce of about 350, down from the 2,300 who worked there 20 years ago. Des Moines and Lee counties had among the state's highest unemployment rates in April.

There are few signs of growth in Keokuk. Faded, white clapboard Civil War-era homes and once-stately prewar brick businesses that descend Main Street and its side streets to the Mississippi River stand as monuments to more prosperous days.

Biden's economic aid could provide Democrats ammunition to campaign in places like this. But it will have to compete with the perception that the party has been taken over by "socialists."

Tom Courtney, a former state senator and longtime union official, said he thought more voters than just a decade ago struggled to separate Democrats they know from those who speak nationally for the party. When he sought a comeback campaign last year, his opponents linked him to liberal New York Rep. Alexandria Ocasio-Cortez and Vermont Sen. Bernie Sanders, an independent who ran for president as a Democrat.

"I think there are a large number of people that liked me and my policies but just didn't want a Democrat because they didn't like AOC or didn't like Bernie Sanders," Courtney said. "We didn't fight that national message."

Construction is about to begin on the Quad Cities Rehabilitation Institute, a state-of-the-art, 40-bed rehab hospital to assist patients as they recover from an injury, surgery, stroke or other debilitating illness.

Elesha Gayman, Democratic chairwoman in Scott County, stands outside her office, Wednesday, May 26, in Davenport, Iowa.

Former Democratic state senator Rich Taylor stands outside his home on Wednesday, May 26, in Mount Pleasant. 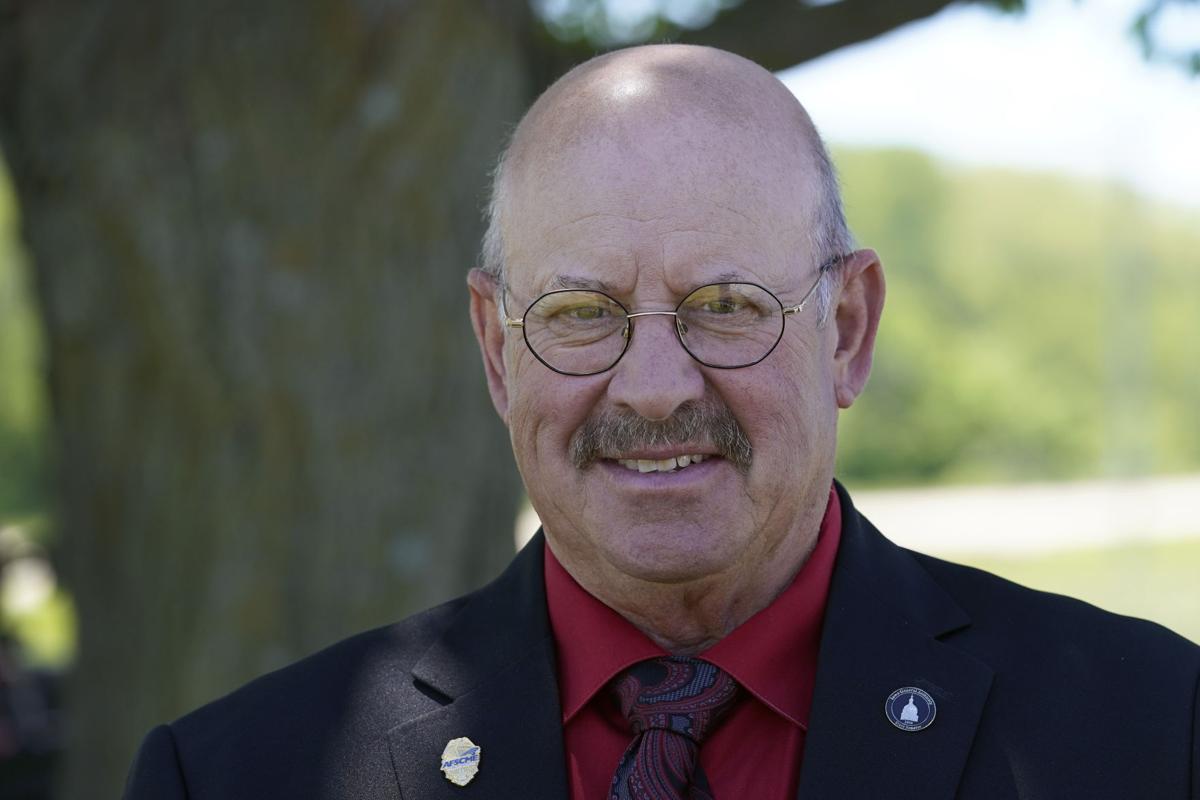 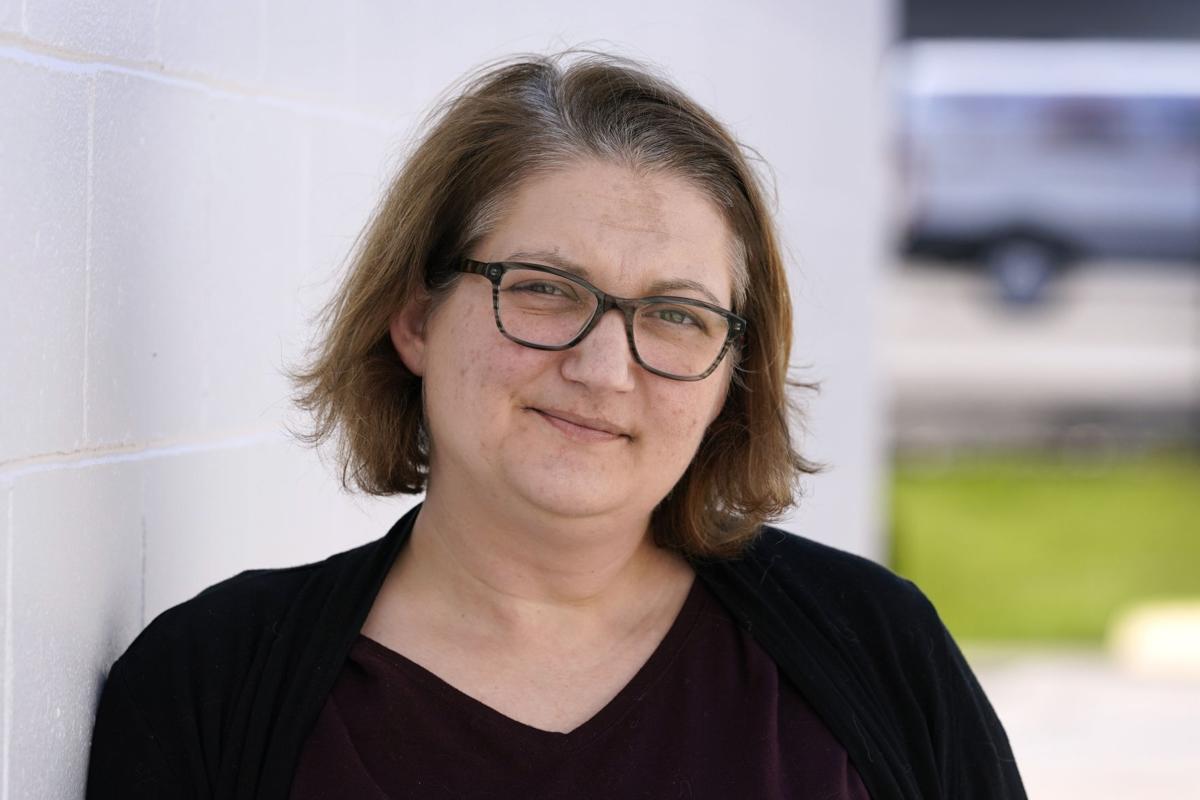