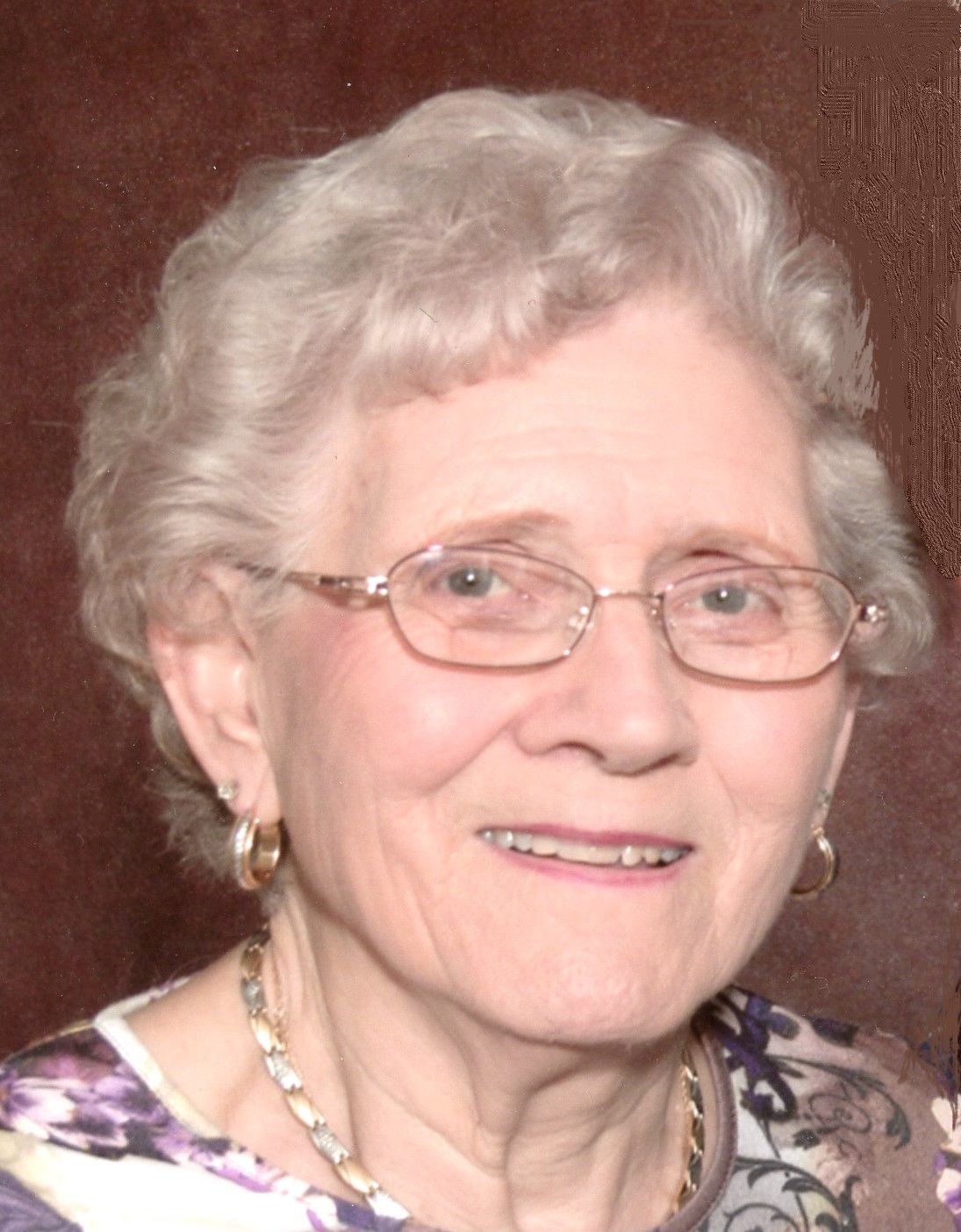 She was born August 21, 1925 in Eliza, Ill., to Perry and Bessie Turner Whitney. She graduated from Joy High School as valedictorian of her class in 1942. Emogene attended Western Illinois State Teachers College and graduated from Marycrest College in Davenport, Iowa, where she later received her master's degree in education. She married John Kimball December 22, 1944, in Buffalo Prairie. He died November 2, 2011.

Emogene was employed as a school teacher, retiring from the Rockridge School District in 1985. She was a member of Buffalo Prairie Presbyterian Church, William Dennison Chapter of the DAR, Mercer County Retired Teachers Association, Mercer County Quilters and was a 75-year member of the Order of the Eastern Star Chapter #516.

She was preceded in death by her parents; husband; one daughter, Joann Kenneston; and one sister, Eileen Hampton.

The family would like to extend a sincere thank you to the nurses and staff at Mercer Manor in Aledo.

MUSCATINE - Mildred M. Smith, 87, of Muscatine, formerly of Burlington, Iowa, went to be with her Lord and Savior on Wednesday, December 4, 2019, at the Lutheran Living Senior Campus in Muscatine.

She owned and operated a body shop along with her husband and renovated houses.

She enjoyed gardening, raising flowers and vegetables. She loved the Lord.

She was preceded in death by her parents and two brothers.

The funeral service for Mrs. Smith will be 2 p.m. Saturday, December 7, at Lunning Chapel. Pastor Kendall Adams will officiate. Interment will be in Aspen Grove Cemetery. Visitation will be one hour prior to service on Saturday, where the family will receive friends.

A memorial has been established for Burlington Baptist Church. 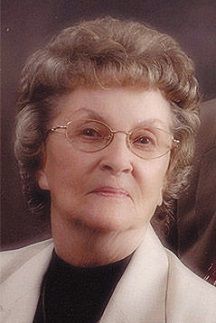 MUSCATINE - Vivian M. Buster, 94, of Muscatine passed away Tuesday, December 3, 2019, at her daughter's home. Services will be 10 a.m. on Saturday, December 7, 2019, at the Zion Lutheran Church. Burial will be in the Greenwood Cemetery. Visitation will be held on Saturday, December 7, 2019, from 9 to 10 a.m. at the church. In lieu of flowers, memorials may be directed to the Zion Lutheran Church in memory of Vivian. Online condolences may be left for the family at www.sandhfuneralservice.com.

Vivian Mae Paul was born June 8, 1925, in Muscatine, the daughter of Clifford and Gladys (Hagens) Paul. Vivian was first married to Robert Sharrar and later divorced. On April 30, 1955, Vivian was united in marriage to Richard R. Buster in Muscatine. She was a member of Zion Lutheran Church. Vivian enjoyed cooking, watching Lifetime and spending time with her family. She always took care of others and will be remembered as a good mother, grandma and great-grandma.

Vivian was preceded in death by her parents; husband; and brothers, Clifford and Leonard Paul.

The family would like to thank the nurses and staff of the Clarissa C. Cook Hospice House of Bettendorf and Heartland Hospice for the care they showed Vivian. 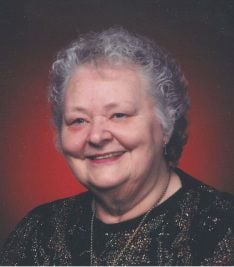 MUSCATINE - Mavis Shouse, 92, of Muscatine passed away on Sunday, December 1, 2019, at Lutheran Living. Funeral services will be held on Thursday, December 5, 2019, at 11 a.m. at the Geo. M. Wittich-Lewis Home for Funeral and Cremation Services. Interment will be in Overman Cemetery. Following the interment, a time of food and fellowship will be held at the Muscatine American Legion Post #27. Visitation will be Thursday, December 5, 2019, from 9 to 11 a.m. at the funeral home. In lieu of flowers, a memorial fund has been established at the funeral home in memory of Mavis. Sympathy notes may be left for the family at www.sandhfuneralservice.com.

Mavis Jean Lattin was born on July 28, 1927, the daughter of William and Doris (Shroeder) Lattin. On December 31, 1945, she was united in marriage to Virgil Shouse in Fort Madison. She was employed at Heinz. Mavis was a member of Calvary Baptist Church. Mavis enjoyed bingo, bowling, watching old westerns, crocheting, cooking and most of all spending time with her family. 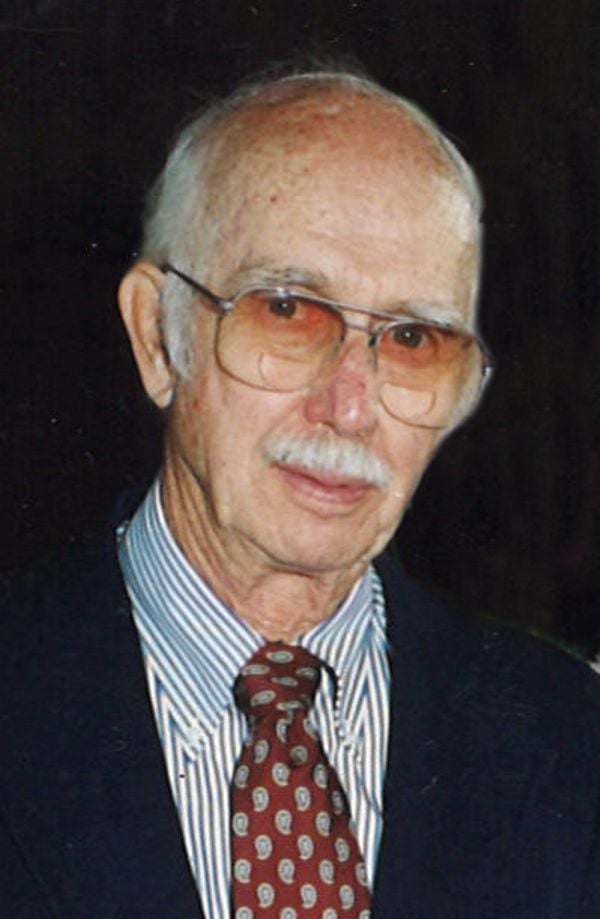 Funeral service will be held at 10:30 a.m. on Friday, December 6, 2019, at the Ralph J. Wittich-Riley-Freers Funeral Home. Reverend Hai Dinh will officiate. Military honors will be conducted at the burial in Greenwood Cemetery. A time of food a fellowship will be at Gannon Hall following the burial.

Visitation will be from 4 until 7 p.m. on Thursday, December 5, 2019, at the funeral home. Memorials may be made to the Muscatine Food Pantry. Online condolences: www.wittichfuneralhome.com.

Bill was the son of Gertrude and Robert Wilson, born on June 20, 1923. He grew up in Muscatine and graduated from St. Mathias School. Bill joined the Navy in 1942, serving 4 years on the USS Inch as a gunner's mate 3rd class. He was united in marriage to Barbara Cockerill on May 17, 1947. They had three daughters (Nancy White, Gail Blaesing, and Mary Aull). Upon returning from the Navy, he joined the family business, Wilson Shoe Store, as co-owner and remained there until retirement at age 70.

He enjoyed hunting, fishing, golfing and swimming. He had many memories of family times spent at his cottage on Pike Run and in Spirit Lake. Barb and he loved to travel especially to Hawaii, Lake Havasu, Las Vegas, and Europe. He loved spending time with his grandchildren sharing his favorite activities.

Bill was preceded in death by his wife, parents, and son-in-law, James White. 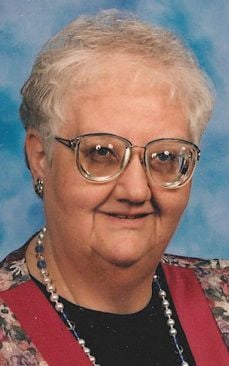 MUSCATINE — Rose M. Morrissey, 83, of Muscatine, passed away on Sunday, November 24, 2019, at Lutheran Living. A Celebration of Life will be held on Saturday, December 7, 2019, at 2 p.m. at the Muscatine American Legion. Snyder & Hollenbaugh Funeral & Cremation Services is caring for Rose's family and the arrangements. In lieu of flowers, a memorial fund has been established at the funeral home in Rose's name. Sympathy notes may be left for the family at www.sandhfuneralservice.com.

Rose Marie Morrissey was born on February 20, 1936, in Muscatine, Iowa, the daughter of Robert and Marie (Watkins) Morrissey. Rose graduated with her Bachelor's Degree from Marycrest College. She began her teaching career in Montpelier and then spent a year teaching in a one room school house at North Star School. She later went on to teach in the Buffalo school system for another 38 years. She attended Lincoln Blvd. Baptist Church and was a member of both the Eagles and Moose Lodge. Rose enjoyed playing bingo, casinos and loved children devoting her career to children education.

Rose was preceded in death by her parents; brother, John Morrissey and niece Melody Morrissey. 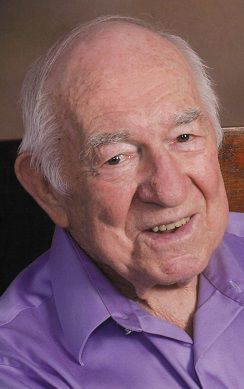 Visitation will be from 4 until 7 p.m. on Wednesday, December 4, 2019, at the Ralph J. Wittich-Riley-Freers Funeral Home. Memorials may be made to New Hope United Methodist Church. Online condolences: www.wittichfuneralhome.com.

He worked at John Deere for 33 ½ years. After he retired, he worked for Happy Joes, delivering pizzas for 25 years. Paul was a member of New Hope United Methodist Church and a Veteran of the United States Army.

He was preceded in death by his parents; his wife, Phyllis; and three sisters, Norma, Virginia, and Shirley. 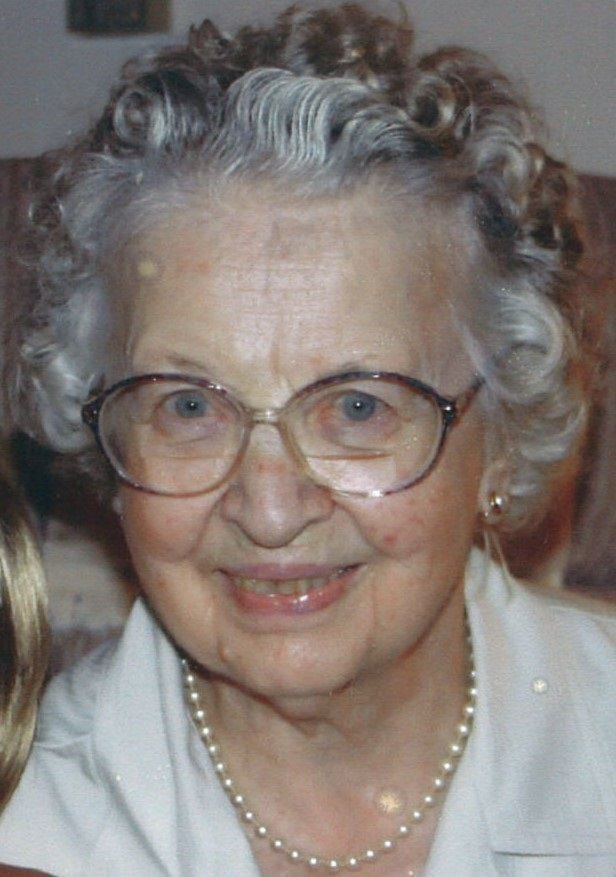 Mrs. Mann was Postmaster at Ardon, Iowa, from 1948 to 1954. She taught at Garfield School in Muscatine from 1954 to 1959, before moving to Springfield, Ill., where she taught for two years. In 1961, she moved to Northbrook, Ill. She taught grade school at Rugen School and Hoffman School in Glenview for many years. Dolores and her husband were founding parishioners of St. Catherine Laboure Parish in Glenview.

Services will be held at a later date in Iowa. In lieu of flowers, memorials may be made to Covenant Village Benevolent Fund, 2625 Techny Road, Northbrook, IL 60062.

Services will be held at a later date in Iowa 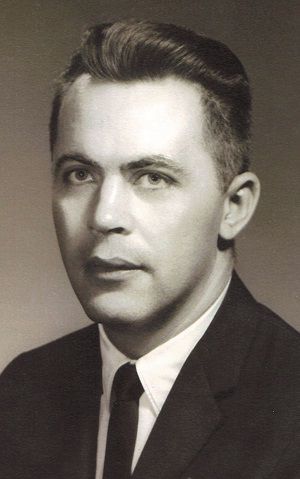 Memorial Service will be held at a later date. The Ralph J. Wittich-Riley-Freers Funeral Home is in charge of arrangements. Online condolences: www.wittichfuneralhome.com. Memorials may be made to the memory care unit at Lutheran Homes in Edwards's name.

Edward was born on February 3, 1929, in Kansas City, Missouri, the son of Lawrence and Louise Warner Molis. He married Marcia Janet Wagner on June 12, 1955. She preceded him in death in 1984.

He graduated from Muscatine High School in 1947. He graduated from the U.S. Merchant Marine Academy at Kings Point in Long Island, New York, in 1951, with a BS in Mechanical Engineering. Edward worked at Bendix in Davenport and later retired from the Rock Island Arsenal. He had a personal and professional interest in aeronautics and space programs, including several patents, one being an altimeter in an Apollo Lunar space module. Edward was a veteran who traveled the world serving in the United States Navy.

Edward was a lifelong St. Louis Cardinal fan and he has a brick outside Busch Stadium. He loved to garden, he had a green thumb and could make anything grow.

He was preceded in death by his parents and wife.

Get local Crime & Courts updates directly in your inbox!

We're wherever you are. Get 90% off when you join today!