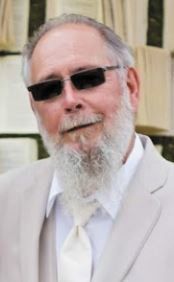 He had been employed by Caterpillar and Harley Davidson from which he retired in 2009.

His passions were cars, motorcycles, and traveling to see friends and family. He enjoyed tinkering in his garage and working on his Model A, watching football (Philadelphia Eagles and Iowa Hawkeyes), and spending time with family and friends.

He was preceded in death by his parents; his brother, Frank Norris; sister, Robbie Wolfe; and son Isaac "Cole" Norris.

A celebration of life will be held from 1-3 p.m. on Saturday, November 23, 2019, at Boonie's on the Avenue (upstairs), Muscatine. A burial will take place in Greenwood Cemetery with military honors at a later date. 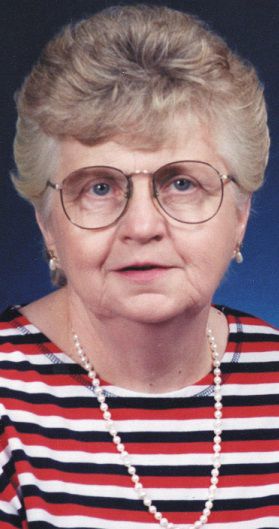 DAVENPORT - Helen T. Jorgenson, 85, of Davenport, passed away Monday, November 11, 2019, at her home surrounded by her loving family.

Funeral Mass will be held on Friday, November 15, 2019, at 10 a.m. at Our Lady of Victory Catholic Parish, Davenport, Iowa. Visitation will be held on Thursday, November 14, 2019, from 4-7 p.m. at Weerts Funeral Home, Jersey Ridge and Kimberly. Burial will be at Davenport Memorial Park following mass. In lieu of flowers, memorials in Helen's name may be made to Humility of Mary Shelter, Davenport, Iowa.

Helen was born in 1934 to John and Anna Wilson in Davenport, Iowa. She graduated from Alleman High School in 1952. On May 25, 1957, she was united in marriage to Elmer Jorgenson, he preceded her in death in 2002. Helen was an active member of Our Lady of Victory Catholic Parish. Helen loved being with her family and had a very close bond with her sisters. She was very independent and loved to travel; she was an avid reader and enjoyed keeping up with current events. Helen made many lifelong friends through her card clubs.

She was preceded in death by her husband, parents, two brothers, and a sister.

Online condolences may be made to Helen's family by visiting her obituary at www.weertsfh.com 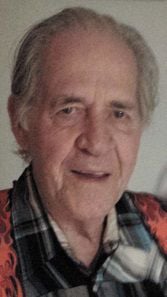 Chuck was a man of many talents. He had a quick wit and loved rock 'n' roll music. He enjoyed woodworking, restoration projects, old radios and vacuum tubes. He was a thoughtful person who was always on the lookout for things that would make those important to him smile. He found satisfaction in life's simple things — a cup of coffee enjoyed on a porch swing; time with family and friends; and caring for his beloved dogs. But he also liked a little flair and will always be remembered for his infectious smile, flame suspenders, and black-and-red skull shoes. More than anything he was a caring person who left behind a legacy of love.

He is survived by his wife of 64 years, Virginia "Ginny" (Radech) Schwartz; children, Cindi (her husband Mike and children, Jennifer, Nathan, and Michelle), Lynn (her partner Carmen and son, Erik), Cheryl (her children, Amanda and Alyssa), and Bill (his children, Cooper, Brody, and Callahan); many great-grandchildren and great-great-grandchildren; in-laws; step-family; nieces; nephews; and friends too numerous to list, but not forgotten.

He was preceded in death by his parents, Frederick Henry Schwartz and Esther Ellen Smice; stepfather, Jake Smice; brother, Freddie; and sister, Ruth.

Charles will be interred at Pine Hill Cemetery in Davenport. A Celebration of Life was held by his family and close friends Sunday, November 3, 2019.

NICHOLS - Claude Louis Job, 80, of Nichols passed away on Tuesday, November 5, 2019, at Mercy Hospital in Iowa City. A Celebration of Life Service will be held at later date. A memorial has been established at the funeral home in Claude's name. Online condolences may be left for the family at www.sandhfuneralservice.com. The Snyder and Hollenbaugh Funeral and Cremation Service is caring Claude's arrangements and family.

Claude Louis Job was born on March 11, 1939, in Canton, Missouri, the son of Henry and Leora (Tompkin) Job. On June 13, 1959, Claude was united in marriage to Sandra Johns in Muscatine. Claude worked for the Highway Maintenance Department for 28 years. He and his wife, Sandra, attended the Methodist Church in Muscatine. Claude enjoyed hunting, fishing and riding his motorcycle, but he dearly enjoyed visiting with his friends.

Claude was preceded in death by his parents and two sisters, Nellie Miller and Ruth Dahl. 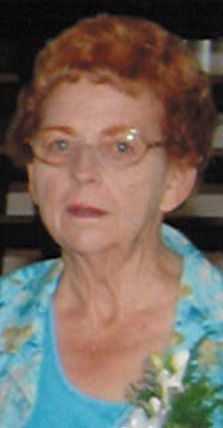 A Memorial Service will be held at a later date. The Ralph J. Wittich-Riley-Freers Funeral Home is in charge of arrangements. Memorials may be made to Hospice Compassus in Joyce's name. Online condolences: www.wittichfuneralhome.com.

The family would like to thank the staff at Lutheran Living and Hospice Compassus.

Joyce was born October 6, 1940, in Conesville, the daughter of Lennox and Isabelle McCormick Buser. She married Fred Wookey on August 4, 1962, in Conesville.

She worked for the Muscatine School System and attended the Grace United Church of Christ of Conesville. Joyce enjoyed birds and working in her yard.

She was preceded in death by her husband; parents; one brother, Richard Buser; and one sister, Audrey Staley.

Local News. Wherever you are. JOIN TODAY for 90% off.