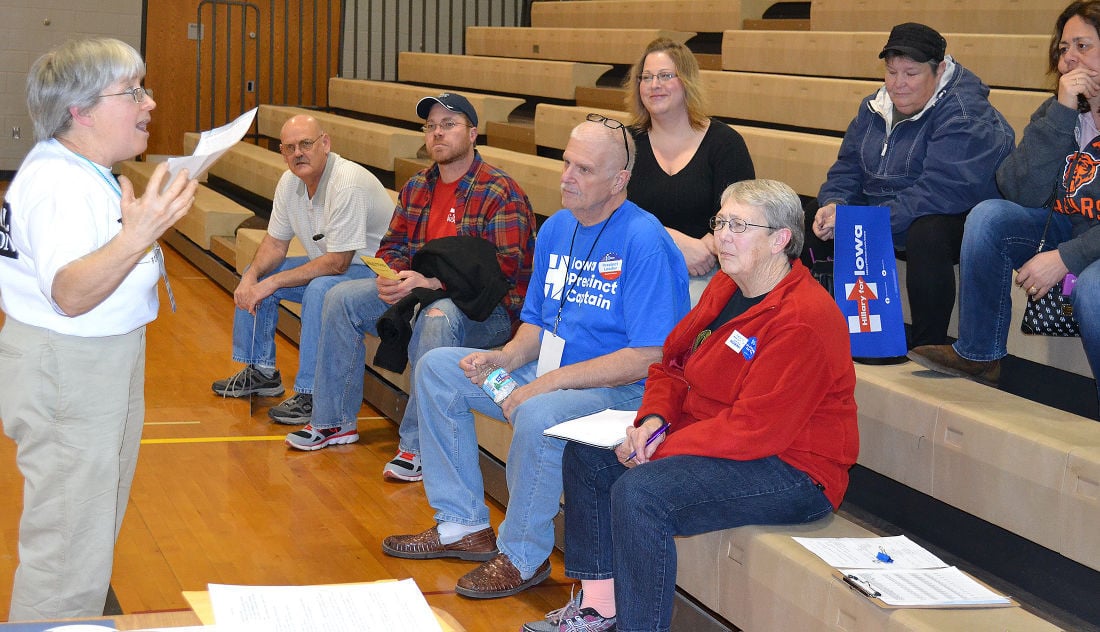 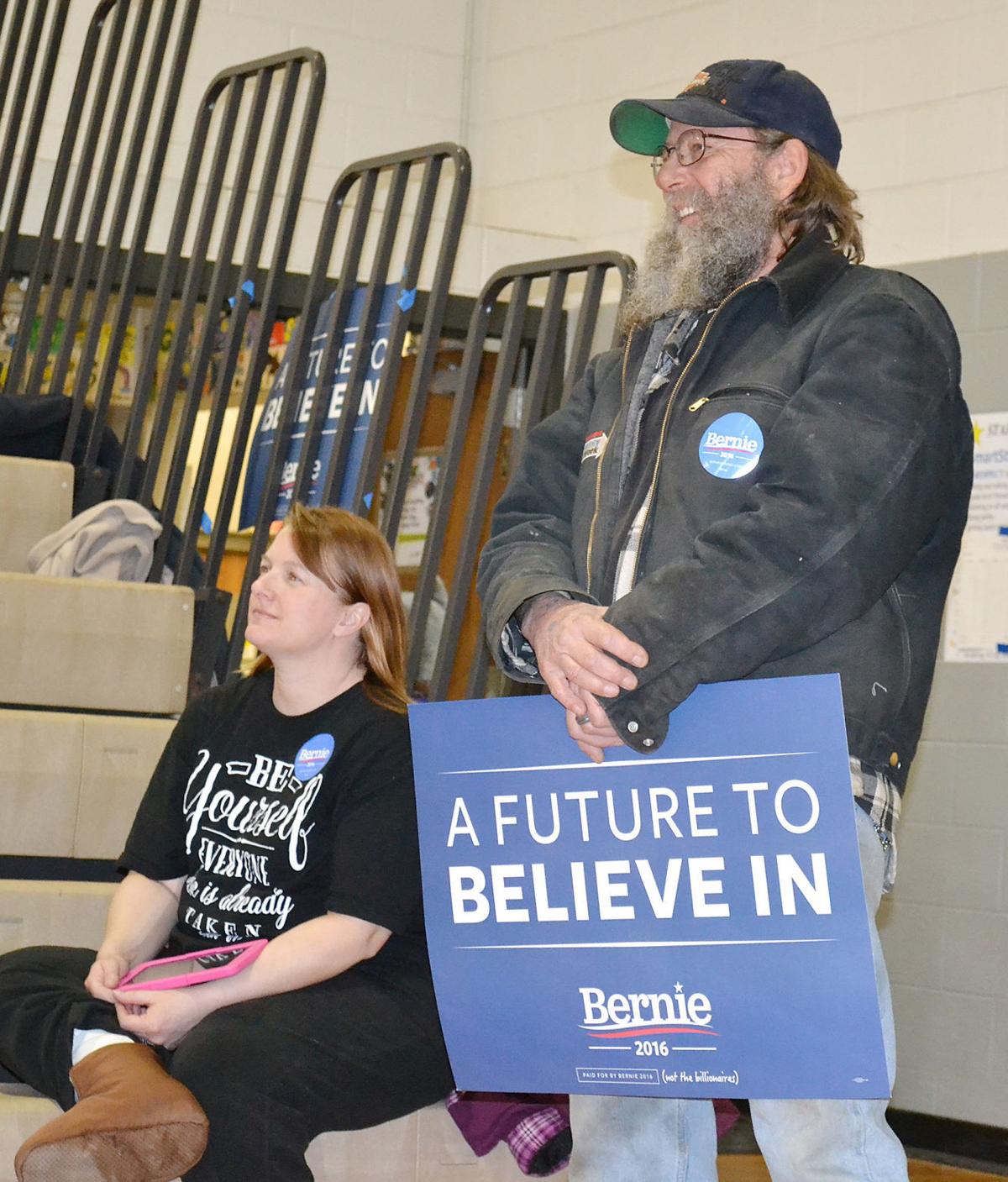 Charlie Chelf, a Bernie Sanders supporter, holds a sign while listening to speeches at the Democratic Caucus in Letts. Chelf was elected to be a delegate for Sanders at Iowa's county conventions held in March.

LETTS, Iowa — Caucus night is important in Louisa County because the majority of voters there are registered as Independents, according to Don Foor, chair of the county’s Democratic Central Committee.

“You never know what to expect until you start getting into the nuts and bolts of it,” said Foor, the Grandview-Port Louisa precinct chair. “They (Independents) control the election. But tonight they had to register as Democrats to participate in the Democratic Caucus.”

Seventy-one people attended the Democratic Caucus at Louisa-Muscatine Elementary School, one of five Democratic precinct locations in Louisa County. Hillary Clinton garnered 36 supporters, Bernie Sanders, 24, and Martin O’Malley’s group barely became a viable with 11 supporters. The precinct chose 10 delegates — five for Clinton; four for Sanders and one for O’Malley — to represent the candidates at Iowa's county conventions held in March.

“I supported Barack Obama because I thought it was time to have a black president and now I support Hillary because I think it’s time for a woman president,” said Mike Fuller, Caucus leader for Clinton supporters.

The friendly Caucus was full of people with personal reasons for taking part in the event.

“I am for Bernie because he is more for the American people than the others and he will fight for us and keep our rights,” said Charlie Chelf, one of the delegates nominated Monday night to represent the Sanders campaign.

Chelf said he has worked hard all of his life but is now disabled and brings home only $536 per month in Social Security. He would like to see the end to Obamacare and wants a president that will do what is right for all people, not just the rich.

Sanders supporters Ken and Hazel Hammell, of Wapello, said they caucus because they believe it is important to be involved in the process even though they feel that Louisa County doesn’t necessarily have a voice due to its size and the way the Caucus process works. Still, they say that Sanders is in line with their small-town ways.

“I like the way he is getting his funding,” Ken Hazel said of Sanders’ assertion that his campaign is funded on small contributions. “Big Business can’t vote for me.”

Noah Canady, of Grandview, was the precinct captain for O’Malley supporters. Canady said he was surprised that the group was able to become viable because O’Malley is not a front runner in the polls. Canady, who has done an internship for the Maryland governor, said that he expects O’Malley can gain momentum. He appreciates O’Malley’s willingness to do “as much as he can to help everyone” and his ideas on immigration reform.

Jake Shoppa, of Grandview, is an O’Malley supporter who said his second choice would be Sanders.

“O’Malley makes the most sense because he is down-to-earth and listens to what people say,” Shoppa said. “I could support Bernie because of his Socialist views, even though people don’t want to hear that. I think the world works best when we all work together.”

Charlie Chelf, a Bernie Sanders supporter, holds a sign while listening to speeches at the Democratic Caucus in Letts. Chelf was elected to be a delegate for Sanders at Iowa's county conventions held in March.