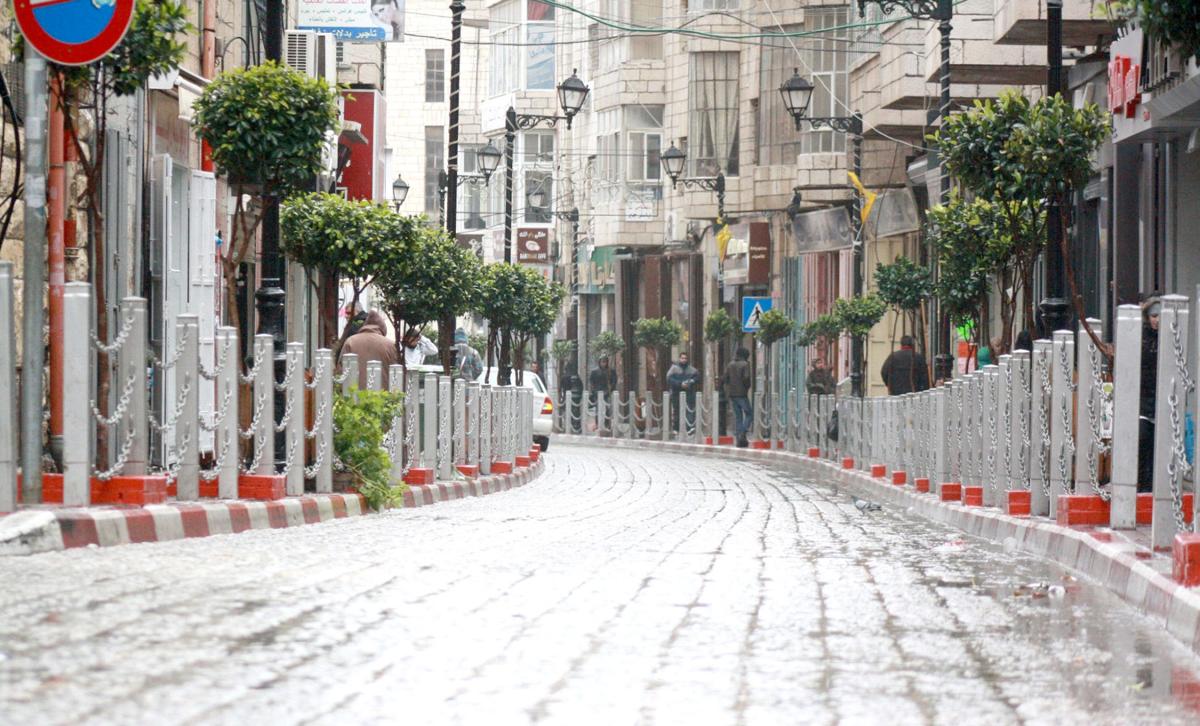 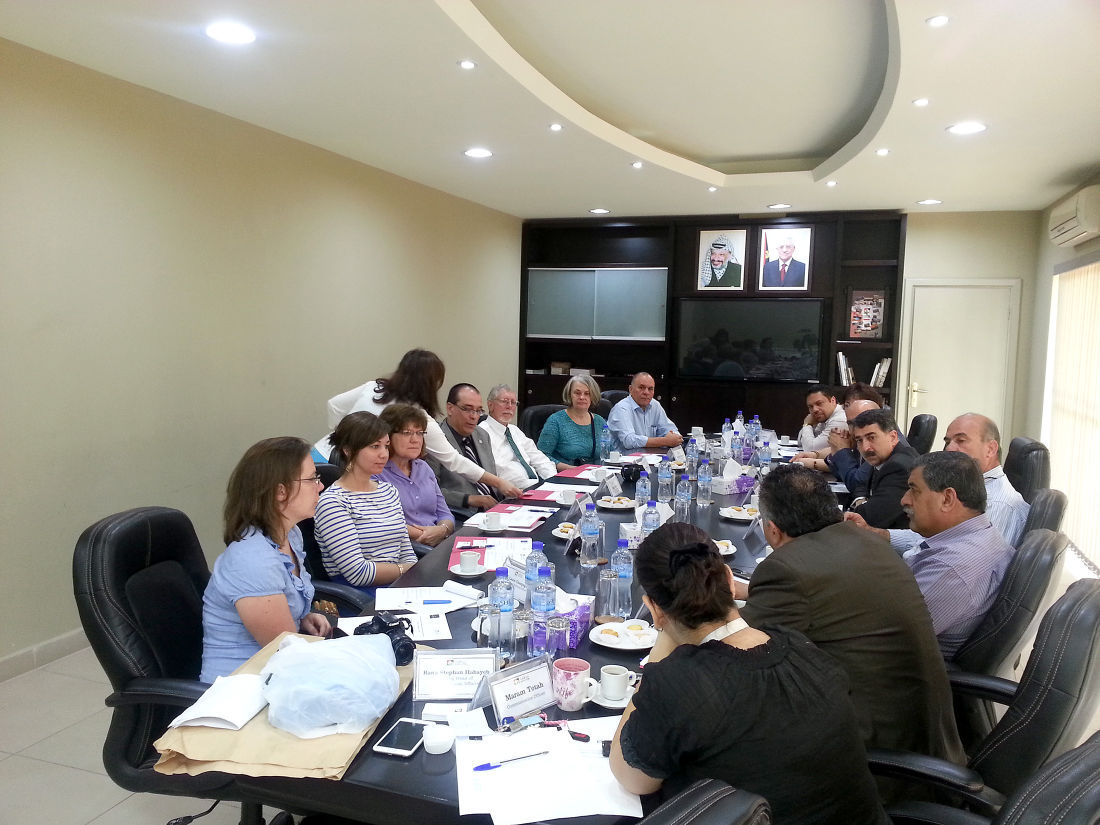 Muscatine Sister Cities Delegation meeting with the Mayor and City Council of Ramallah at City Hall in Ramallah, Palestine.

Editor's note: Muscatine has several sister cities in various countries in the world. Members of the Muscatine Sister Cities Board will be providing articles about each on a regular basis. —

Ramallah is a Palestinian city located ten miles north of Jerusalem at an elevation of 875 meters above sea level. Ramallah is composed of “Ram,” an Aramaic word that means “high place or mountain,” and “Allah,“ the Arabic word for God; thus, it means “the hill of God.” With a population of nearly 400,000, Ramallah District enjoys a Mediterranean climate of a dry summer and mild, rainy winter with occasional snowfall. Ramallah is the home for the Palestinian Authority and serves as a headquarters for most international NGOs and embassies. The Ramallah construction boom is one of the most obvious signs of economic growth, estimated at an annual rate of eight percent.

Ramallah is generally considered the most affluent and cultural as well as the most liberal of all Palestinian cities. It is home to a number of popular Palestinian activists, poets, artists, and musicians, as well as several colleges and universities. It boasts a lively nightlife with many restaurants. The First Ramallah Group, a scout club for both boys and girls, holds a number of traditional dance (Dabka) performances and is also home to men's and women's basketball teams that compete regionally. International music and dance troupes occasionally make a stop in Ramallah. The Kahlil Sakakini Cultural Center, founded in 1996, is a popular venue for such events. The Al-Kasaba Theatre is a venue for plays and movies. In 2004, the state-of-the-art Ramallah Cultural Palace opened in the city. The only cultural center of its kind in the Palestinian-governed areas, it houses a 736-seat auditorium as well as conference rooms, exhibit halls, and movie-screening rooms. Ramallah hosted its first annual international film festival in 2004.

Two major projects are in play for 2016. Teachers from Ramallah will be visiting Muscatine for two weeks to go through special education training sessions. An art piece representing Muscatine will be permanently placed at the Garden of Nations in Ramallah. Projects like this will strengthen the two cities’ relationship and lead to a better understanding between us.

Muscatine Sister Cities Delegation meeting with the Mayor and City Council of Ramallah at City Hall in Ramallah, Palestine.