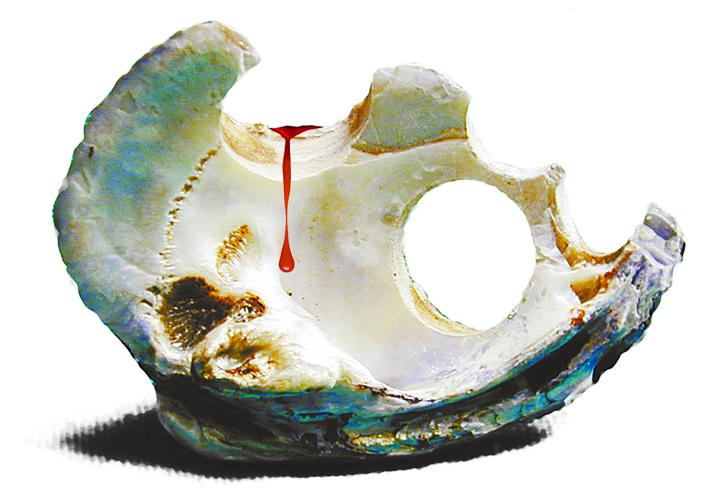 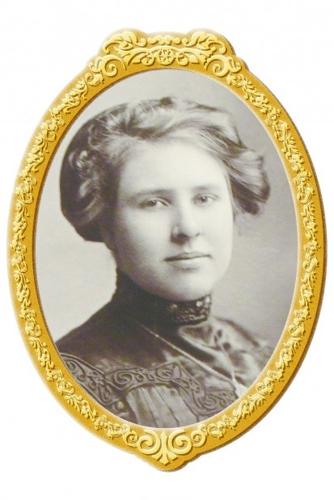 Pearl McGill’s story isn’t one that can be buttoned up neatly and filed away in the black and white words of a standard history book. Before her life was cut short by murder, she walked into Muscatine’s booming button industry as an industrial spy

to expose ‘shiftless and lazy’ button workers, but she walked out as an advocate for those same workers. Now, a new book adds some color to Muscatine’s own Pearl of wisdom.

MUSCATINE, Iowa — In his 26th book, Jeffrey Copeland has penned a true tale of intrigue, romance, friendship, strife, espionage – all set a century ago in Muscatine.

“Shell Games” is the account of Pearl McGill, Muscatine’s labor activist and industrial spy, who was murdered – perhaps by her ex-husband, although Copeland says it was almost certainly someone else – on April 30, 1924, when she was 29.

Copeland, 58, a professor and head of the Languages and Literatures department at the University of Northern Iowa, writes in the style of literary nonfiction. While the book reads like a novel, the events – if not the dialogue – are all true.

Copeland said he spent a year researching the book and six months writing it.

“Anybody can report the bare facts,” he said, “but why did the people do what they did? The real message of this book is that things are never completely black and white. No one’s completely right or wrong. Like Pearl says, if people would just sit down and talk, most things can be resolved.”

Born near Grandview in 1894, McGill came to Muscatine as a teenager to work in what Copeland calls the Blanton Button Co. The company name is the one major fact that Copeland had to make up in order to avoid offending any descendents of the three real factories where McGill actually worked.

Originally recruited by her uncle’s friend, “Richard Blanton,” owner of the Blanton Button Co., to feed him information on thefts and possible union organizing by her fellow workers, McGill soon learned from her roommates, Mattie and Viola, as well as her love interest, “Gunboat” Gaston, that button workers are not “lazy and shiftless, the way the owners described,” as Copeland put it. “They’re good, God-fearing people trying to eke out a meager existence.”

“I thought this was great about Pearl,” Copeland said. “She didn’t take sides. She ended up helping workers because she felt it was the best way to get both parties to the table to talk. For her the good fight was to get good working conditions for the workers and a decent profit for the owners. She was way ahead of her time.”

Copeland’s research turned up several episodes of violence leading up to the button workers’ strike of 1911, violence stemming from the presence of the Pinkertons, or Pinks, “an agency that was like an army for hire,” Copeland said, and had “questionable legal status.” Worse, he said, were the Sluggers, stockyard workers from St. Louis and Chicago who came to Muscatine and “were bad, bad folks, and that’s when the violence truly started.”

Also permeating Copeland’s research was just how truly awful Muscatine’s air quality was a century ago.

“I hate to say it, but the place just reeked,” he said. “The meat inside the clamshells was just piled up in clamming camps under High Bridge and all over town, too. The standard remedy was camphor under the nose. Some people said they got used to it, but Pearl never liked it.”

When McGill left Muscatine in 1912, she was recruited by the Women’s Trade Union League, which “took her to Chicago, cleaned her up, polished her, and taught her how to dress and speak and do fundraisers. She had a good career as an industrial spy, but word got out and she was blacklisted.”

She ended up at UNI, then called Iowa State Normal School, and received a scholarship from none other than Helen Keller to study for her teaching credential. Her career ended with teaching assignments in and around Muscatine, although Copeland’s research indicates McGill was thinking of resuming her spying career and ended up, he concluded, being murdered for it.

According to “Shell Games,” Coroner J.D. Cantwell issued an “open verdict” following his investigation of McGill’s murder, adding the cause of McGill’s death came from “hands of a party unknown to (the) jury.”

But Copeland wrote in his book that, after completing his own investigation, “I believe, because some of Pearl’s former friends and acquaintances from her days in union activity had recently been murdered, ... Pearl was ‘assassinated’ by those who feared her potential involvement in union activity.”

Copeland said he’s indebted for all the help given to him from many sources, including Jean Burns of Muscatine, McGill’s niece, and Kristin McHugh-Johnston, the former director of Muscatine’s History and Industry Center.

“I tell people there never would have been a Norma Rae without Pearl,” he said. “As I travel around (most recently Copeland was on a book tour in Costa Rica, a country that still produces pearl buttons), I still see a lot of strife between owners and workers. The more things change, the more they stay the same.”

Trees and power lines knocked down by Ian