This week's local crime and court updates from The Muscatine Journal. 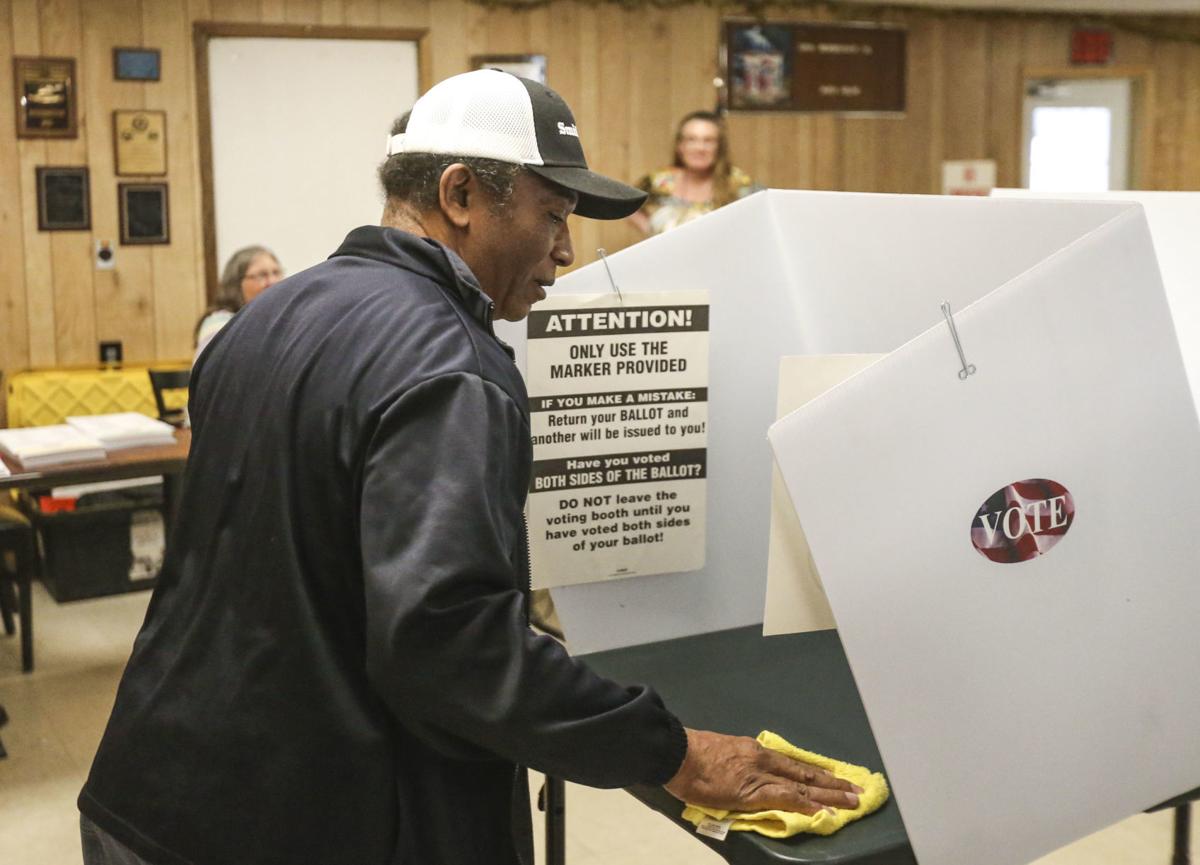 Concerns over COVID-19 did not stop voters from casting ballots Tuesday in Rock Island County.

Karen Kinney, the Rock Island County clerk, said Wednesday morning she did not believe COVID-19 had an effect on the election. All of her polling place judges were present and did an excellent job, and the voters came, she said.

“It was constant,” Kinney said. “It was steady all day at every location I went to.”

That was about 24% turnout, which is in the typical range for a primary election, Kinney said.

Data on previous primaries during presidential voting years back through 2008 are available on the county’s election website.

These were the numbers for previous general primaries during a presidential election year:

Compared to these three primaries, 2020 did have the lowest turnout.

Chief Deputy County Clerk Nick Camlin said later Wednesday, while looking over the previous election numbers, that COVID-19 did have some effect Tuesday, but so did other factors, including the large number of presidential candidates.

“And I did notice that throughout the day, many of the judges brought their own cleaning supplies,” Kinney said.

“It was wonderful,” she said.

REVIEW: Now you can see the controversial, darkly funny 'The Hunt'

"The Hunt” just couldn’t track down a good release date.

I saw the film a few days ago, just before the COVID-19 pandemic closed theaters.

The original Sept. 27 release date was postponed after the film became so controversial and another set of tragic events delayed it.

Written by Nick Cuse and Damon Lindelof, and directed by Craig Zobel, all from the HBO television series “The Leftovers,” the story is about a group of wealthy liberals, known as the Elites, who kidnap, hunt and kill bewildered people they consider to be “deplorables” — as a sport.

Early on, some TV networks decided not to run the trailer because it was too soon after mass shootings in El Paso, Texas, and Dayton, Ohio.

Universal Pictures eventually canceled plans to release the movie because of its timing.

And so this ill-fated picture hit the big screen just a few days before theaters closed across America.

Now Universal has plans to stream the film, along with several other recent theater releases, as early as Friday. Maybe that’s where “The Hunt” will find an audience, particularly with millions of people seeking something to watch (please note: This is not for families or for the squeamish.)

This social-statement horror flick from Blumhouse Productions, of “Get Out” and “The Purge” fame, never takes itself seriously. It’s always obvious who the bad guys and who the good guys are in a tongue-in-cheek approach to the horrible “game” led by Athena, played by Hilary Swank.

Gary (Ethan Suplee, television’s “My Name is Earl”), one of the hunted, rants about immigration.

The center of the movie is Crystal (Betty Gilpin, “Isn’t It Romantic?”). She’s tough as nails, knows how to handle a gun and doesn’t suffer fools gladly. She doesn’t care about the politics involved: She just knows someone is trying to kill her, and she needs to use every ounce of her strength and ingenuity to fight back.

Gilpin gives it everything she has. This is a terrific performance. I love the way she looks around every environment, hyper-aware, with every move so intense you can almost hear her thinking while she tries to stay alive and keep at least one step ahead of the predators, who have no idea what they face in the wily Crystal.

This darkly funny story is not always easy to watch. It is soaked in graphic violence, gore and profanity, which deservedly earns the movie its “R” rating.

Curiosity seekers and those who enjoy gritty horror and dark comedy will have an entertaining time with a movie that never seemed to find its release timing.

"(Monday) I received an email from the Iowa Department of Human Services — which is our licensing agency, said Jeremy Kaiser, Director Scott County Juvenile Detention & Diversion Programs. "As of 3 p.m. (Monday) we have implemented all of the recommendations.

"We have also started a screening process for all new intakes, which includes a questionnaire and taking their temperature. If they shows signs or symptoms, they are being isolated from the larger group and seen by a member of our nursing department."

Kaiser said only " ... staff, law enforcement, and medically imperative visitors" will be allowed into the 16-bed facility. He said juvenile inmates will have the opportunity to make an additional phone call per day because of the suspension of family visits.

According to Kristin Konchalski, a program planner at IDHS, all facilities should take the temperatures of staff at shift change, or when they come in for a shift. If a staff member has a fever, they should not be working and should be sent home.

If a client has a fever or a cough, the child should be masked as soon as possible and a medical professional should be contacted.

Last week the Iowa Department of Corrections has canceled visitation at all state prisons until further notice in an effort to prevent the spread of COVID-19.

All volunteer activities at the state prisons also are suspended until further notice.

The DOC is exploring other methods of visitation for prisoners, including reduced-cost or free phone calls and establishing video connections, according to the release.

"Our staff are taking every precaution within our power to ensure that the prisons are ready to prevent and respond to the introduction of COVID-19," said Iowa DOC Director Beth Skinner. "We are working closely with all relevant state agencies, such as Iowa Dept. of Public Health and Homeland Security Emergency Management, to ensure that we're taking every step we can to minimize the impact that this virus will have on our population."

Be the first to know with news alerts sent to your inbox as the story breaks! Sign up:

Available whenever you are ready to read! Check out today's newspaper in E-Edition format: