World Series: Follow updates as Dodgers and Rays face off in Game 4

MURPHY: Do Iowans think Gov. Reynolds is doing a good job with the COVID-19 pandemic? It depends on the poll.
0 comments
Share this
{{featured_button_text}}
1 of 2 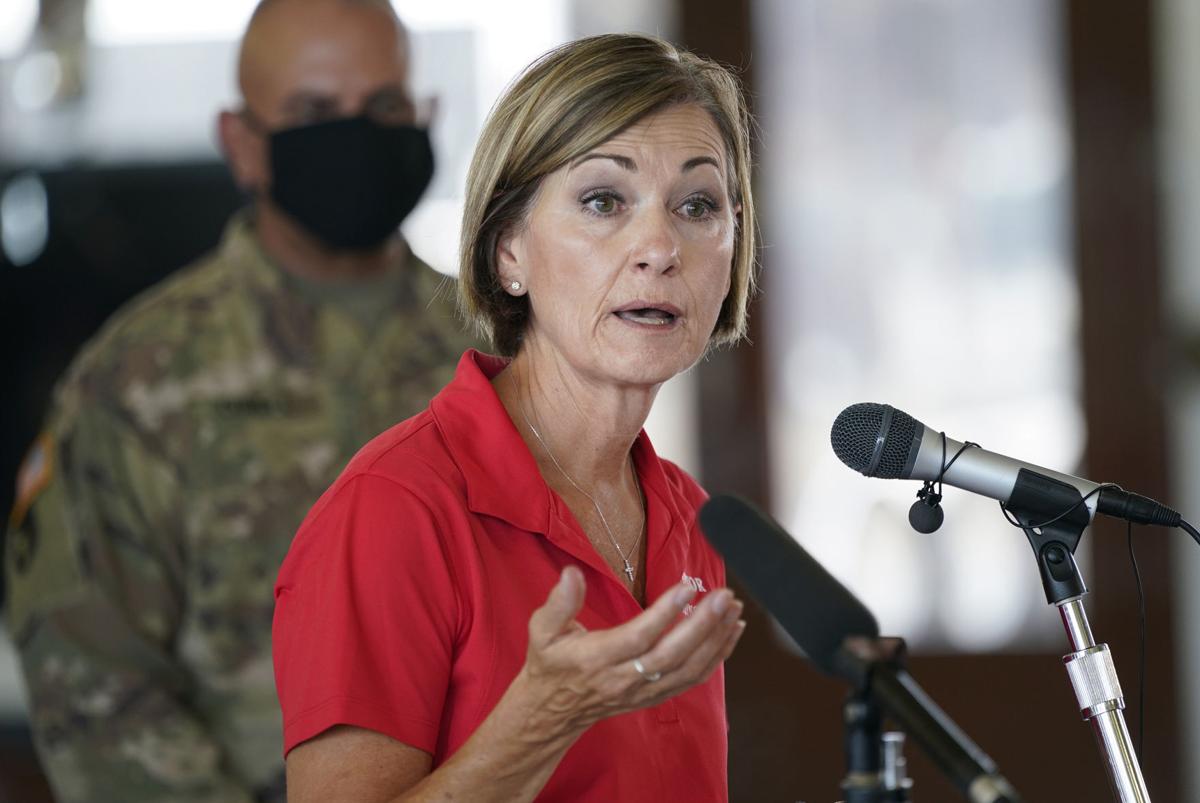 Gov. Kim Reynolds indicated Friday she may take early action next week to lift her order that closed all bars, taverns, breweries and nightclubs in six counties because of spikes in coronavirus cases. 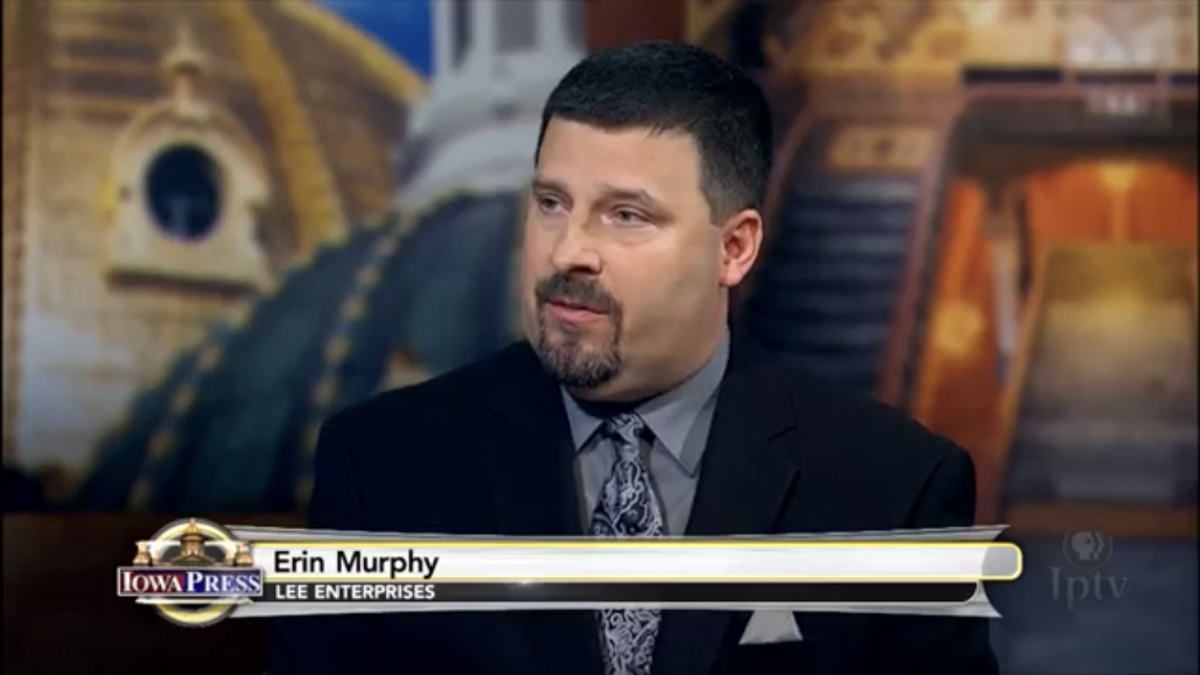 Pollsters have sent mixed messages about Iowans’ approval of how Gov. Kim Reynolds has managed the new coronavirus pandemic.

Earlier this month you may have read in this space that a poll showed a mere 28% of Iowans said they approved of the way Reynolds was handling the pandemic, that the number was worse than any other U.S. governor, and that the number had plummeted 26 percentage points in 3 months.

Well, recently another poll arrived that asked the same question and got a decidedly different answer.

In the newer poll, 58% of Iowans said they thought Reynolds was doing a good job handling the pandemic.

That’s an easy-to-calculate difference of 30 percentage points between the two polls. That’s not margin for error; it’s a canyon for error.

The first poll, published in July, was part of the COVID-19 Consortium for Understanding the Public’s Policy Preferences Across States, a joint project of Northwestern, Harvard, Rutgers and Northeastern universities. The project has been surveying Americans on the pandemic since April.

For that most recent report, the project surveyed more than 19,000 Americans across all 50 states from July 10 to July 26. The margin for error for Iowa’s results was plus or minus 6 percentage points.

The more recent poll, published on August 5, came from Monmouth University. It surveyed 401 Iowa registered voters from July 30 to August 3, and its margin for error was plus or minus 4.9 percentage points.

It would be great if you, the loyal reader, were about to be treated to a remarkable and crystalizing explanation of how two polls asking the same question so close to each other could get two answers so far apart.

Prepare to be disappointed. I can’t explain it. I was kind of hoping you could explain it to me.

I also hoped some Iowa political scientists who I’ve turned to in the past could help. They had some ideas, but even those were couched.

I tweeted out my confusion to Christopher Larimer, at the University of Northern Iowa, and Christopher  Budzisz, at Loras College. Surely between two Christophers I could come up with one good answer.

Both said the disparity was likely at least partly due to the different ways the polls were conducted. The COVID-19 Consortium was an online survey, while Monmouth’s was a mobile and land line phone survey.

So it would appear that Monmouth used the preferred methodology of our two-person Iowa political science focus group. Although that still doesn’t explain the huge drop from April to July in the COVID-19 Consortium survey.

Regardless, we’re left with a 30-point gap and a bunch of questions.

I want to use this opportunity to pass along my highest praise for and most heartfelt well-wishes to my colleagues in journalism at The Gazette newspaper in Cedar Rapids. Their work covering the derecho and its aftermath has been amazing and inspiring.

Gazette reporters have done a masterful job covering the devastation from all angles for their community, all while having to deal with power and communication issues on the job, not to mention whatever unfortunate destruction happened at their homes.

The Lee papers have a content sharing agreement with The Gazette, so I occasionally collaborate with Gazette reporters and editors. I was swapping emails with one recently when he closed with, “Gotta run for the day, hoping to get a tree off my house!”

Yet they’re still putting out papers and serving their readers every day. Bless each and every one of them.

Erin Murphy covers Iowa politics and government for Lee Enterprises. His email address is erin.murphy@lee.net. Follow him on Twitter at @ErinDMurphy.

DES MOINES — The voting rights of roughly 35,000 felons in Iowa who had completed their sentences were restored this summer by an executive or…

Hospitalizations of Iowans with COVID-19 are at record highs

JOHNSTON — The worst of the COVID-19 pandemic in Iowa appears to have moved from college campuses to more rural pockets, particularly in north…

CLEAR LAKE, Iowa — At the top of Monday night's Iowa Republican Party event at the Surf Ballroom & Museum in Clear Lake, there was an urgi…

CEDAR RAPIDS — With Iowa’s economy bouncing back from a COVID-19 gut punch, Gov. Kim Reynolds says she is “definitely” looking to revive her s…

Twitter, along with Facebook, took steps to limit the spread of a New York Post story that reported on emails it said were found on a laptop computer that might have belonged to the presidential nominee’s son, Hunter Biden, at a computer repair shop.

DES MOINES — For the past four years, Iowa’s state lawmaking process has been under total Republican control.

Trump’s campaign rally Wednesday night was the first event to feature either presidential candidate in Iowa during the 2020 general election campaign.

Gov. Kim Reynolds indicated Friday she may take early action next week to lift her order that closed all bars, taverns, breweries and nightclubs in six counties because of spikes in coronavirus cases.