In honor of Independence Day, The Muscatine Journal is providing unlimited access to all of our content from June 28th-July 4th! Presented by Quad City Bank & Trust Member FDIC

The Winnebago Tribe of Nebraska said an environmental impact study should be completed before any permits are granted to a pair of carbon dioxide pipelines in several Great Plains states.

In a May 27 letter to the Dakota County Board of Commissioners, the tribe said it had concerns the projects — the Midwest Carbon Express by Summit Carbon Solutions and the Heartland Greenway by Navigator Ventures — may negatively impact reservation lands.

“Any pipeline project is a risk,” Jennifer Bear Eagle, an attorney from Winnebago representing the tribe, wrote in the letter. “As a permit-issuing body, neither you nor the general public can make an informed decision without (knowing) the potential environmental impacts.”

Until that is done, the Winnebago Tribe — which approved calling for an environmental study in a March 24 resolution — “opposes any permit that could negatively impact its lands or water or that of its neighbors.”

Similar letters were sent to the U.S. Army Corps of Engineers’ office in Omaha, the Woodbury County Board of Commissioners in Iowa, as well as the Iowa Utilities Board,  to be included as part of the consideration of Summit Carbon Solutions’ permit application.

Announced last year, the projects by Summit and Navigator would build thousands of miles of new pipelines across the region, transporting carbon dioxide captured from ethanol plants to sequestration sites deep underground in North Dakota and Illinois.

By sequestering carbon dioxide, Summit Carbon Solutions and Navigator Ventures could take advantage of the 45Q tax credit, which will provide $50 for every ton of carbon stored for up to 12 years.

Ethanol plants have been eager to sign up for the project, too, because it will reduce their “carbon-intensity” scores, maintaining access in consumer markets with strict standards for fuel producers.

Plus, they said it will help Nebraska corn farmers, who supply ethanol plants with roughly 280 million bushels of corn each year.

Critics of the pipelines have said the technology of burying carbon dioxide deep underground hasn’t been proven and will not do enough to curb greenhouse gas emissions, and have characterized the projects as a cash grab.

According to project maps, neither project would enter the Winnebago Reservation in Thurston County, instead tracking across Dakota County. A representative of Summit said the pipeline avoids more than 60 reservations across its footprint.

But in a news release Tuesday, Winnebago Tribal Secretary Lorelei DeCora said members of the tribe had concerns about being downstream from the planned route.

“The pipeline construction path is placed on the ancestral lands of the Nebraska tribes,” DeCora said. “What happens when they disturb our ancestors’ burial sites? There is just too much unknown for these pipelines. That’s why it’s important for this study be conducted.

“It’s our duty to protect Mother Earth,” she said.

Both Summit and Navigator have yet to obtain permission to begin construction, but Summit has started to obtain easements from landowners in several Nebraska counties as it advances the project through various regulatory processes across several states.

In an interview earlier this month, Summit officials touted the outreach the Iowa-based company had done with tribes and local governments before the review of its permit applications had finished.

“I’ve worked on a lot of pipeline and transmission line projects over the last 30 years or so,” said Troy Eid, outside counsel on tribal matters for Summit. “This is a project where, more than any other I’ve worked on, we got out very early in the process.”

Eid, a former U.S. Attorney under President George W. Bush and chairman of the Indian Law and Order Commission under President Barack Obama, said federal approval required for the carbon dioxide pipelines is not currently required.

But the nature of the projects will trigger requirements that governmental agencies and tribal entities consult with one another on the project, he said.

Summit has attempted to get ahead of that trigger by engaging with the tribes in the five states where the pipeline will operate, Eid added, in order to share what it sees as the benefits to the environment, and economy, as well as how the tribes may benefit.

“We want them to be involved, so that when that consultation does occur, you’ll have your own information and you can ask your own questions and draw your own conclusions,” he said.

Chris Hill, a senior project adviser, said Summit has also pledged to do a cultural survey across its proposed route, which he said goes beyond what previous projects have done.

“This is one of the first times when a pipeline project has started that dialogue before a preconstruction notice was sent out,” Hill said.

Still, the Winnebago Tribe’s resolution and letter come as the projects have hit resistance in several states and counties, particularly from landowners concerned that eminent domain could be used to secure land needed to complete the route.

No counties in Nebraska have followed the lead of those in Iowa and South Dakota that have voiced wholesale opposition to the pipelines, but there have been some discussions at the county level about enacting new zoning rules governing the projects.

Dakota County held a hearing on proposed regulations for pipelines May 16, according to minutes of the board of commissioners.

Those regulations would have required the pipeline to be installed no less than 1,320 feet from a residence and at least 6 feet below ground, and 8 feet below ground in county road rights of way.

Several people who testified at the May 16 commissioners’ meeting — including representatives from both Summit and Navigator, as well as natural gas companies —  opposed the proposed regulations as too onerous and pledged to work with the county on revisions.

In March, the same day the Winnebago Tribe said it would oppose any pipeline projects without an environmental impact study, officials in Holt County — which enacted pipeline regulations during the proposed Keystone XL tar sands project — rejected a proposed moratorium on new pipelines.

Holt County supervisors, echoing several people who spoke during a public meeting, said the moratorium sent the wrong message that the county was closed for business.

Tribal leaders, on the other hand, said that the projects could wait until it was demonstrated the pipelines would not have an adverse effect on the environment.

“The Winnebago Tribe stands in solidarity with area farmers who oppose these pipelines and the use of eminent domain to acquire access to lands without landowner consent,” Chairwoman Victoria Kitcheyan said. “The health, well-being, and rights of everyone is important to us all.”

"We are headed down a dangerous spiral that will erode our democracy," Pritzker said.

Though abortion will remain legal in Illinois, a steady influx of out-of-state patients may unleash "a massive ripple effect" that could potentially impact access.

"We are headed down a dangerous spiral that will erode our democracy," Pritzker said.

Lowering prescription drug prices and protecting rural pharmacies are the main goals of a new state law that adds regulations of companies that serve as a sort of middleman between pharmacies and insurance companies.

Inside Dubai center where sick turtles recover before returning to sea

Inside Dubai center where sick turtles recover before returning to sea

More than 2.2 million people in the U.S. live without running water and basic indoor plumbing

More than 2.2 million people in the U.S. live without running water and basic indoor plumbing 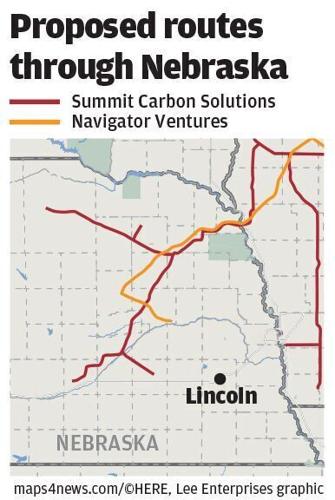 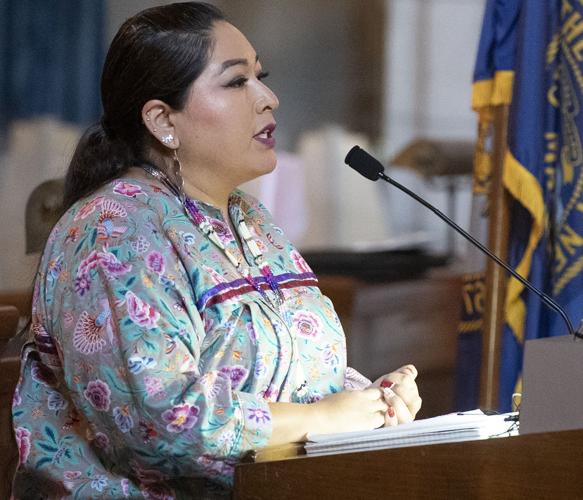 Victoria Kitcheyan, chairman of the Winnebago Tribe of Nebraska, speaks at the dedication ceremony for the flags of the four tribes headquartered in Nebraska as part of Indigenous People's Day in 2021 in the Warner Chamber at the Capitol.