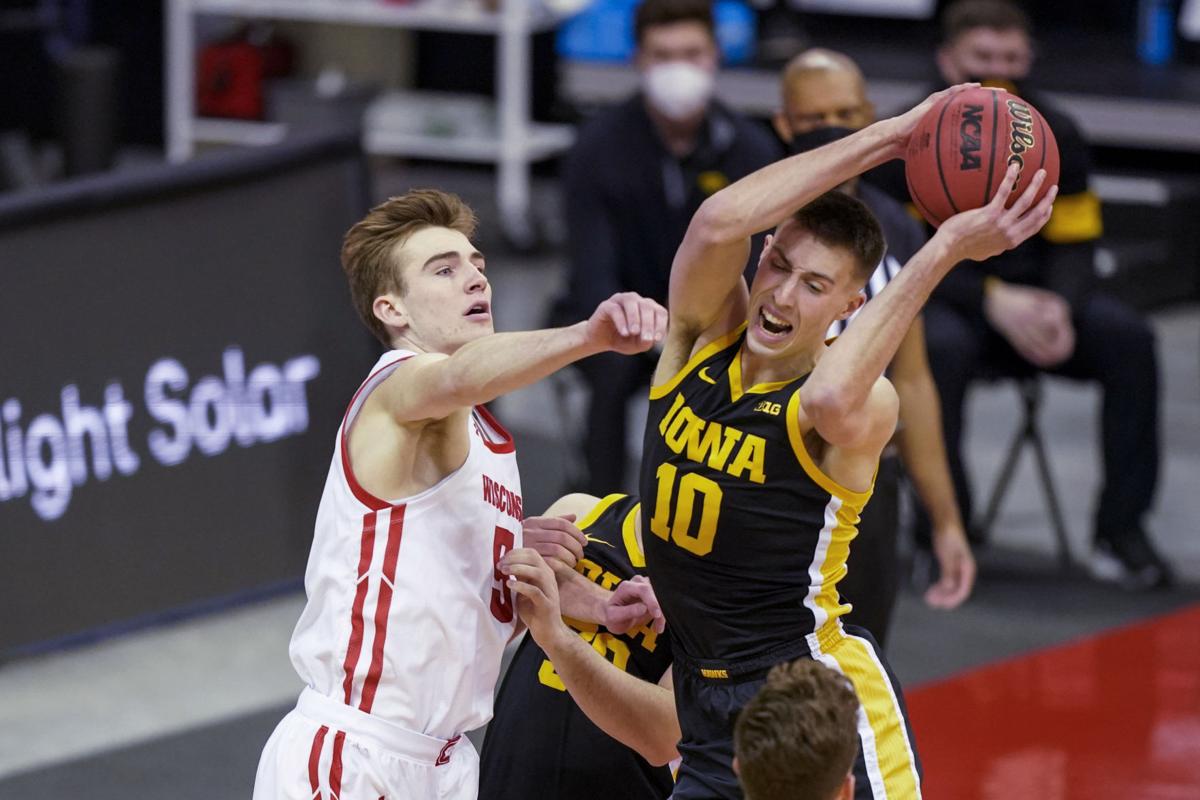 Iowa's Joe Wieskamp (10) pulls down a defensive rebound against Wisconsin's Tyler Wahl (5) in a game last week. Wieskamp has been named one of five finalists for the Jerry West Shooting Guard of the Year award. 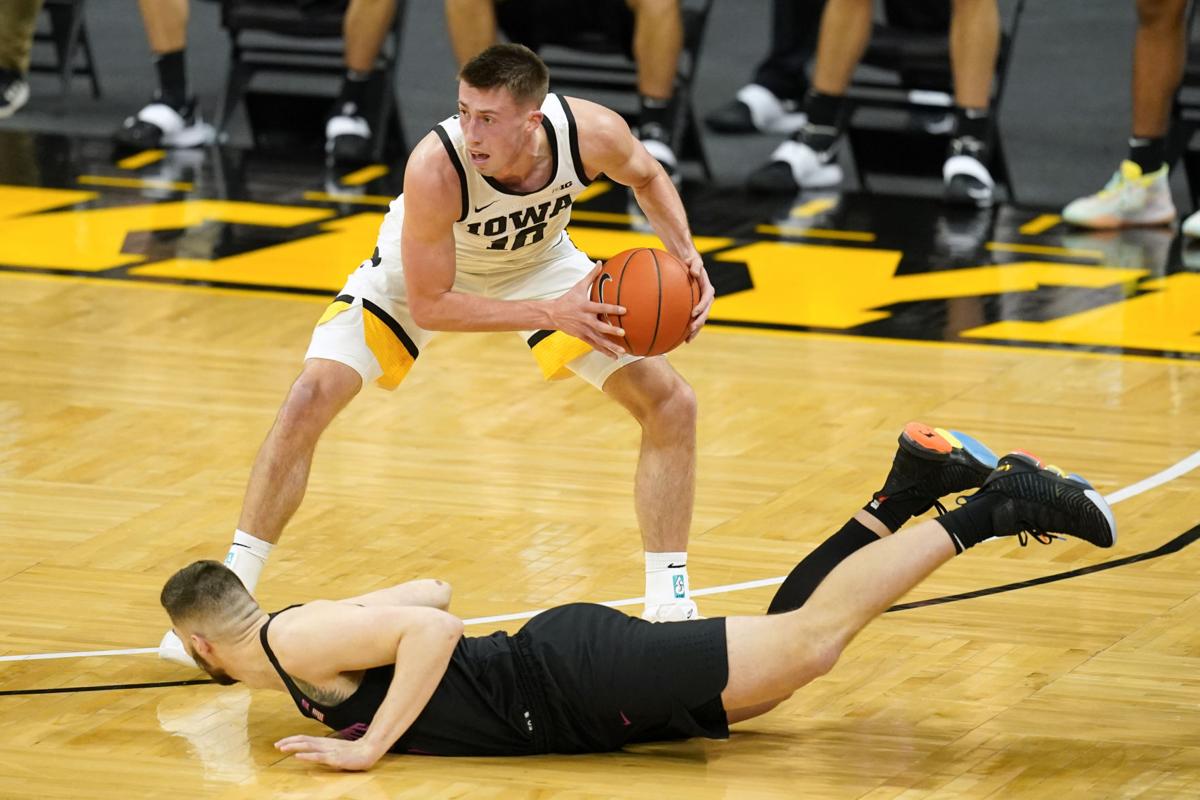 As the Iowa basketball team embarked on what is almost certainly its most challenging week of the season, the awards continued to flood in for the ninth-ranked Hawkeyes.

Junior Joe Wieskamp was named one of five finalists for the Jerry West Shooting Guard of the Year award Tuesday, just a day after center Luka Garza received three national and conference honors.

But the Hawkeyes’ focus is fixed firmly on what lies ahead of them this week.

They will take on two teams currently projected to be No. 1 seeds in the NCAA tournament, both on the road in nationally televised battles. They visit third-ranked Michigan on Thursday, then play at fourth-rated Ohio State on Sunday.

It’s a daunting task but one the Iowa players are eagerly anticipating.

"It’s not often you’re going to play the third and fourth-ranked teams in the same week," Wieskamp said. "It’s definitely a great opportunity for us and we’re looking forward to the challenge."

Teammate Jordan Bohannon used that same word: Opportunity. He said the Hawkeyes (17-6, 11-5 Big Ten) felt they had Ohio State beaten in an 89-85 loss in Iowa City on Feb. 4. And they’ve been waiting all season to play a Michigan team that has only one loss on its record.

In the meantime, the Hawkeyes’ top players continue to be recognized nationally.

Garza on Monday was named the Naismith Trophy and Big Ten player of the week and also was named one of 10 finalists for the Senior CLASS award.

The former Muscatine High School star is the second Iowa player to be a West finalist, joining Peter Jok in 2017. He currently is second on the Hawkeyes in scoring (15.3) and rebounding (6.9) and leads the Big Ten in 3-point accuracy in conference games, making 50.6%.

"It’s something I definitely will look back on after the season and be proud of," Wieskamp said of the West recognition. "But I think my mindset and the team’s mindset is just on finishing the season strong. We have a great opportunity this week to play Michigan and Ohio State so those are things that are at the front of my mind."

Iowa coach Fran McCaffery said he was very proud of both Garza and Wieskamp.

"To be recognized on a national level is something that I think makes all of us happy to see," he said. "But the key for both of them — and they would both tell you this — is not to be satisfied. We're still hungry."

Garza gets record and Hawkeyes hold off Penn State

IOWA CITY — Luka Garza has said over and over that he came back for one more season at Iowa to win games, not to set records and collect awards.

Iowa at Wisconsin at a glance

Iowa's Joe Wieskamp (10) pulls down a defensive rebound against Wisconsin's Tyler Wahl (5) in a game last week. Wieskamp has been named one of five finalists for the Jerry West Shooting Guard of the Year award.