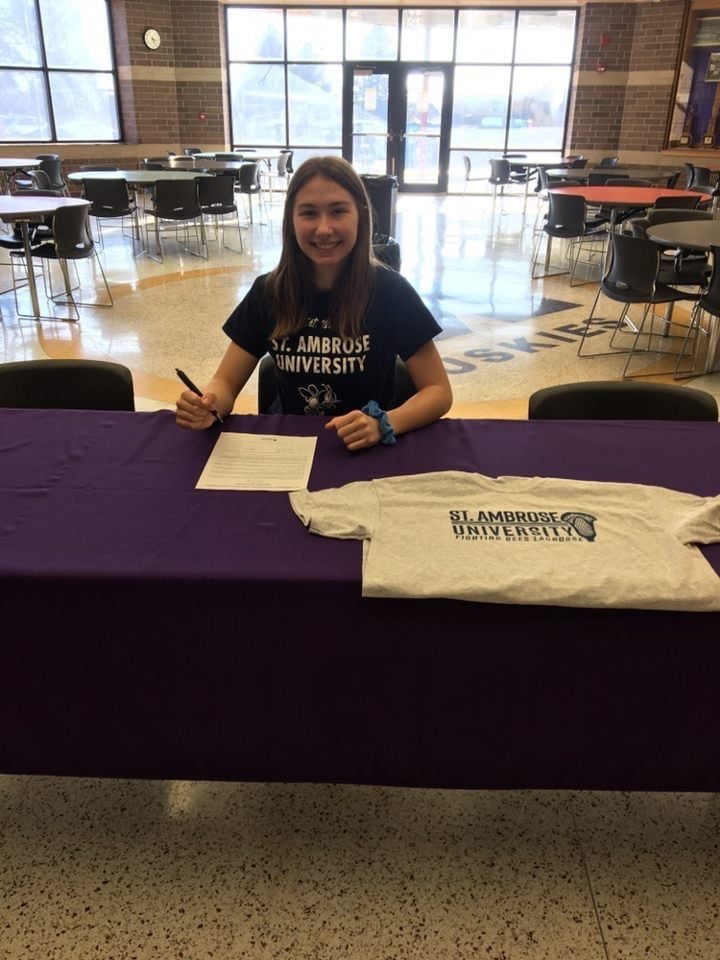 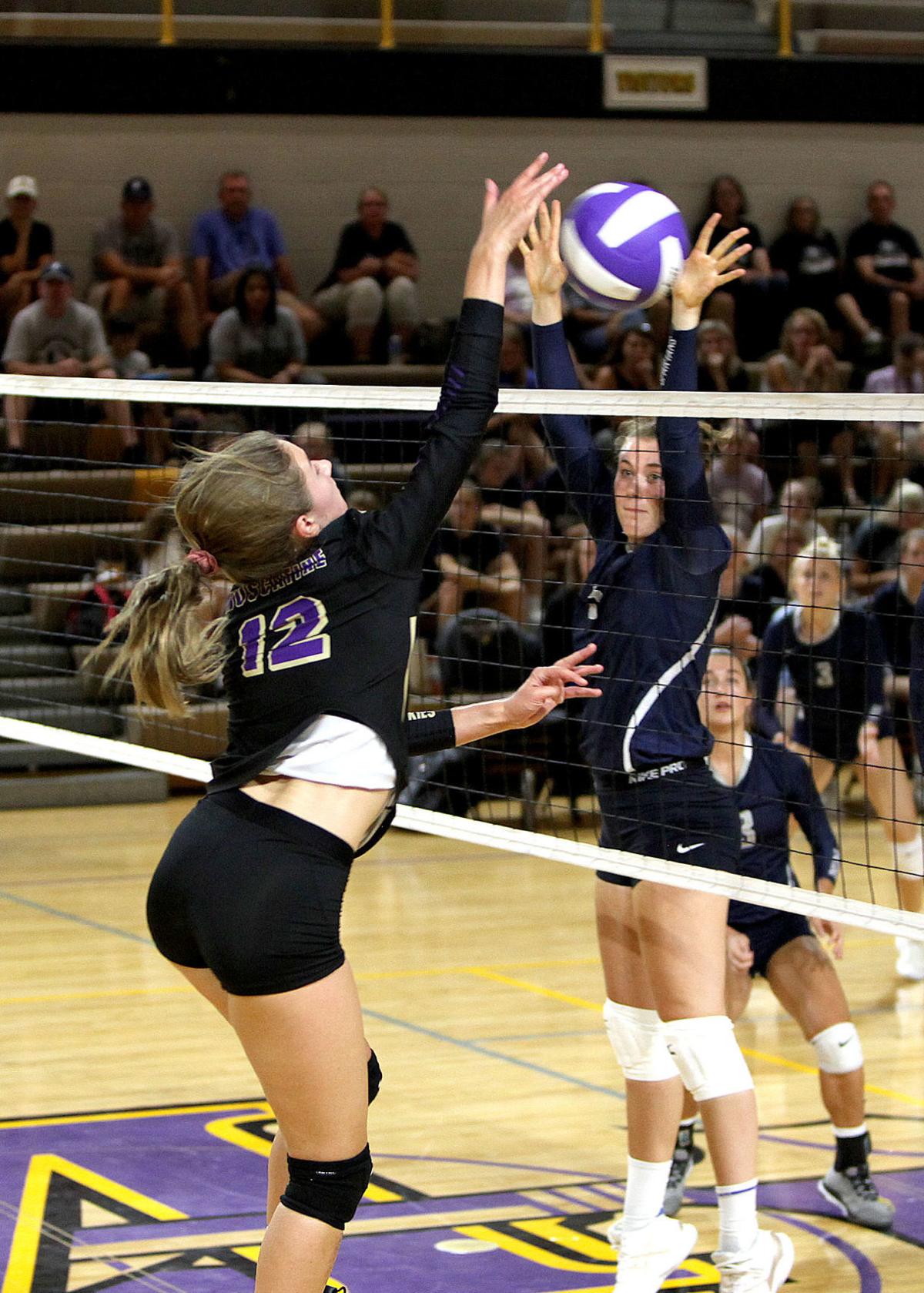 Hannah Reynolds of Muscatine drives the ball past Erica Brohm of Pleasant Valley on Tuesday.

From fifth grade to playing on the Iowa Rockets travel team to taking the court last fall as a senior at Muscatine High School, Reynolds enjoyed a sport that was a big part of her life.

But when the Muskies’ season ended, it was a time for a change.

"I just wanted to experience something different, something new," Reynolds said.

She learned online about a clinic that was being hosted by the Quad City Lacrosse Association, an organization which fields travel teams for players ages 10 and younger through high school.

Reynolds attended the clinic, found it intriguing and decided to dive deeper into the sport. She read up on it online and attended camps that will lead her to hopefully play for a club team later this spring and summer.

As Reynolds discovered the sport, St. Ambrose coaches discovered Reynolds and found her to be an intriguing prospect in a sport she had never played before.

She was offered a scholarship by the NAIA program in February and signed a letter of intent earlier this month, making Reynolds the first athlete from Muscatine to sign with an intercollegiate women’s lacrosse program and the first Iowa high school athlete to sign with the three-year-old Fighting Bees program.

Reynolds, who has also played golf for the Muskies and was practicing with the girls track team this spring before that season was halted, initially planned on attending Iowa State next fall.

"I was just planning to be a college student, but now I’m getting ready to play lacrosse and it’s something I think is going to be super fun," Reynolds said. "It’s something totally new for me, but something I am really interested in."

St. Ambrose recruited Reynolds as a defender and midfielder, positions she is learning as she learns the sport.

"Her experience as a volleyball player has given her very good footwork and reaction times," Rogers said. "We are excited to see what she can do over her four years at St. Ambrose."

Reynolds, who plans to major in graphic design at St. Ambrose, shares that excitement.

"I had played volleyball for a long time and had a lot of fun doing it on and off the court, but I felt it was time to try something new," she said. "I’m excited about learning the sport and being a college student-athlete. It’s something I’ve always thought about and to get a chance to do it, it’s going to be great."

She became convinced of that during her recruiting visit to St. Ambrose, touring the campus, meeting future teammates and learning about the program.

"I really wasn’t thinking about a scholarship then, and when they offered, it was like this is really happening," Reynolds said. "I know it’s going to take a lot of work and I’m going to give it everything I have. It was pretty cool to sign that letter of intent and realize that I’m going to be part of the St. Ambrose lacrosse program."

With an unanticipated break from school and the girls track season, Reynolds is spending time working to improve her lacrosse skills. She said she is concentrating on her stick work, training to become proficient in using it with either hand.

"I have a lot to learn, but I’m learning every day," she said. "I am excited to see where this can lead."

John Clay: The NCAA is finally acting on the FBI college basketball investigation

Never mind those stay-at-home orders, the NCAA has been making news. Basketball news. Infractions committee news. The Indianapolis enforcers are finally following up on the FBI's college basketball corruption scandal in 2017. Notice of allegations have been issued. Some responses have been made. More of both are sure to come. So, updates: - Louisville: U of L received its notice of allegations ...

Hannah Reynolds of Muscatine drives the ball past Erica Brohm of Pleasant Valley on Tuesday.