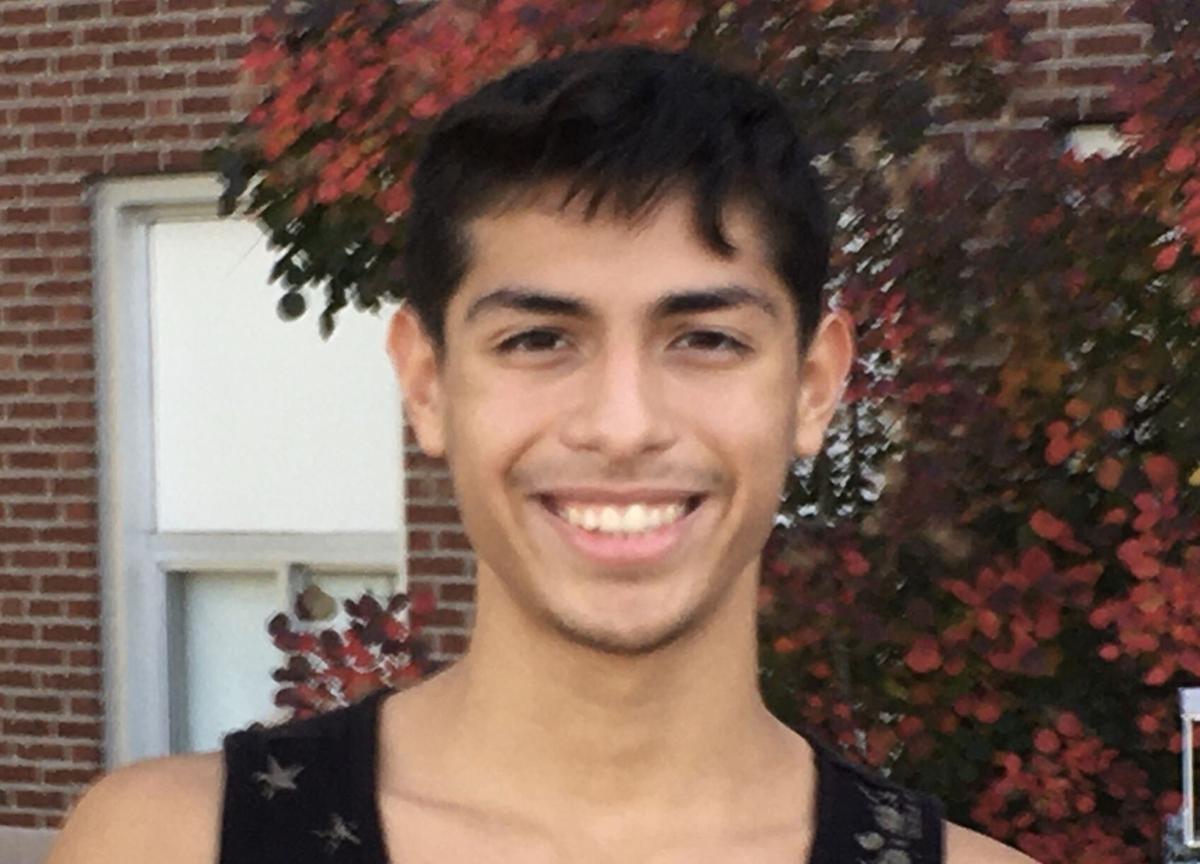 COLUMBUS JUNCTION, Iowa — Isaac Acosta’s inability to talk about cross country without talking about his team may be a little surprising, given the nature of the sport and what the Columbus junior has accomplished as an individual. However, it makes more sense in the context of some of Acosta’s other decisions.

Acosta’s team-first attitude will soon be on display as a country-first attitude, as the Columbus junior recently enlisted in the National Guard and will report to boot camp next summer.

Enlisting has been on Acosta’s mind for a while, but making it official was exciting for him.

“I’ve been thinking about it since I’ve been like 15,” he said. “(An older friend of mine) enlisted and I had the idea already, but he’s the one who initiated it.”

And Columbus cross country coach Steve Riley has noticed that since joining became a realistic path, even before the official decision, Acosta has matured both as a runner and person.

As for the remainder of this season, Acosta has his sights set on becoming a state-qualifier, something the Wildcats haven’t had since Josh Keller raced at state in 2016.

“Yes, this is an individual sport as well,” said Acosta, “but I don’t want just me to be successful. I want the entire team to be.”

Riley is hopeful the rest of the squad can follow Acosta’s lead and the team can make it to state as a unit. Columbus hasn’t produced a team state-qualifier since 2005.

“(Isaac) has always been very energetic and personable,” Riley said. “When he was a freshman, he would tend to miss things, he was inconsistent, but has always had a lot of talent. But he’s become very consistent. Some of the goals he has comes from the discipline that’s been instilled in him through the National Guard. Some of his goals are things like never missing a day of school, or be late to a class.

“He was actually talking about this year possibly applying for the National Honor Society. He’s very driven now, in terms of personal qualities, he’s really improved.”

Columbus had a strong showing at the Southeast Iowa Super Conference meet, placing third in the meet held on Oct. 8 and hosted by Van Buren County High School. At that meet, Acosta set a personal best time of 17:34.

And the Wildcats followed that by winning their home meet, the Mike Jay Invitational. Acosta took fifth at 18:42.6.

“He’s obviously gotten better as a runner,” said Riley. “He was very good as a freshman, but kind of plateaued a bit last year. … But he came back this year a lot better as a runner. He’s right on the cusp of qualifying individually for state, but he’s really become a great team player and he wants our team to get there, too.”

The SEISC race provided Acosta, and the team, an opportunity to show where - and how - the team stacks up to its competition. The results produced an encouraging sign if the squad hopes to send a team to Fort Dodge for the Class 1A state competition.

“I haven’t had a runner’s high at every meet, but I’ve had it at some meets,” Acosta said. “It’s just a burst of energy that comes out of nowhere. For me, that usually happens toward the beginning and end of a race. When I have to sprint against people, that’s when I get the runner’s high, it shoves me into a different mindset.

“It really is all about willpower. The first 100 meters of sprinting is fine, but the rest is willpower. It’s telling yourself ‘you have to keep at this pace’ or ‘you have to go faster to catch that guy,’ all that stuff is in your head. People might not think that we’re not thinking about stuff while we’re running, but that’s when we’re thinking the most.”

Columbus has proved to have a state shot as a team. The Wildcats’ state-qualifying meet will be on Thursday, Oct. 22, hosted by Pekin. Of the 18-team field, only the host Panthers rank in the state’s top 15 in 1A.

Plus, the Wildcats just went up against Pekin at the SEISC meet and fared pretty favorably. Pekin, ranked No. 5, took second at the conference meet with a score of 65. Danville-New London, the top-ranked team in 2A, won the SEISC, scored 28 to win.

Columbus ended the day with a team score of 91 and ahead of four teams (Holy Trinity, Mediapolis, Wapello and Winfield-Mount Union) that will be at the Pekin-hosted state-qualifier.

At all state-qualifying sites, the top three teams and first 15 individuals to finish advance to the state meet, which will be held at Lakeside Municipal Golf Course in Fort Dodge, on Oct. 31.

Acosta’s love of running didn’t diminish at all over a summer that brought on a COVID-19 quarantine, a lost track & field season and a feeling of uncertainty as the junior prepared for a season that wasn’t a certainty to even come.

In fact, over the summer is when Acosta really buckled down and held himself accountable to not only himself and his sport, but to his team.

“It was definitely difficult to get prepared,” Acosta said. “With the coronavirus, we weren’t able to run together as a team so we had to run independently, and that was like the most difficult thing for us. Not just me, but the others as well. Because the will to get up and run … it’s not there (when you’re by yourself), but when you’re running with a team, it’s better.

“I did the best I could at what I could, ran as much as I was able to, I put my will into it, and it’s showing progress - I had a very good meet at conference - but I had to do (the offseason work).”

The hosting Wapello Indians left little doubt as to the outcome of Friday’s Class A first round playoff game, rolling to 35 first-half point e…

CASCADE, Iowa — Things started out bad for the Wilton Beavers on Friday night in Cascade and only got worse.

3A No. 8 Comets conquer Anamosa in straight sets

WILTON, Iowa — With a three-set win over the Wilton Beavers, the Class 3A ninth-ranked West Liberty Comets not only won the River Valley Confe…

DURANT, Iowa — Nate Dierickx got plenty of attention last baseball season when he pitched more than 40 innings and gave up a paltry three earn…