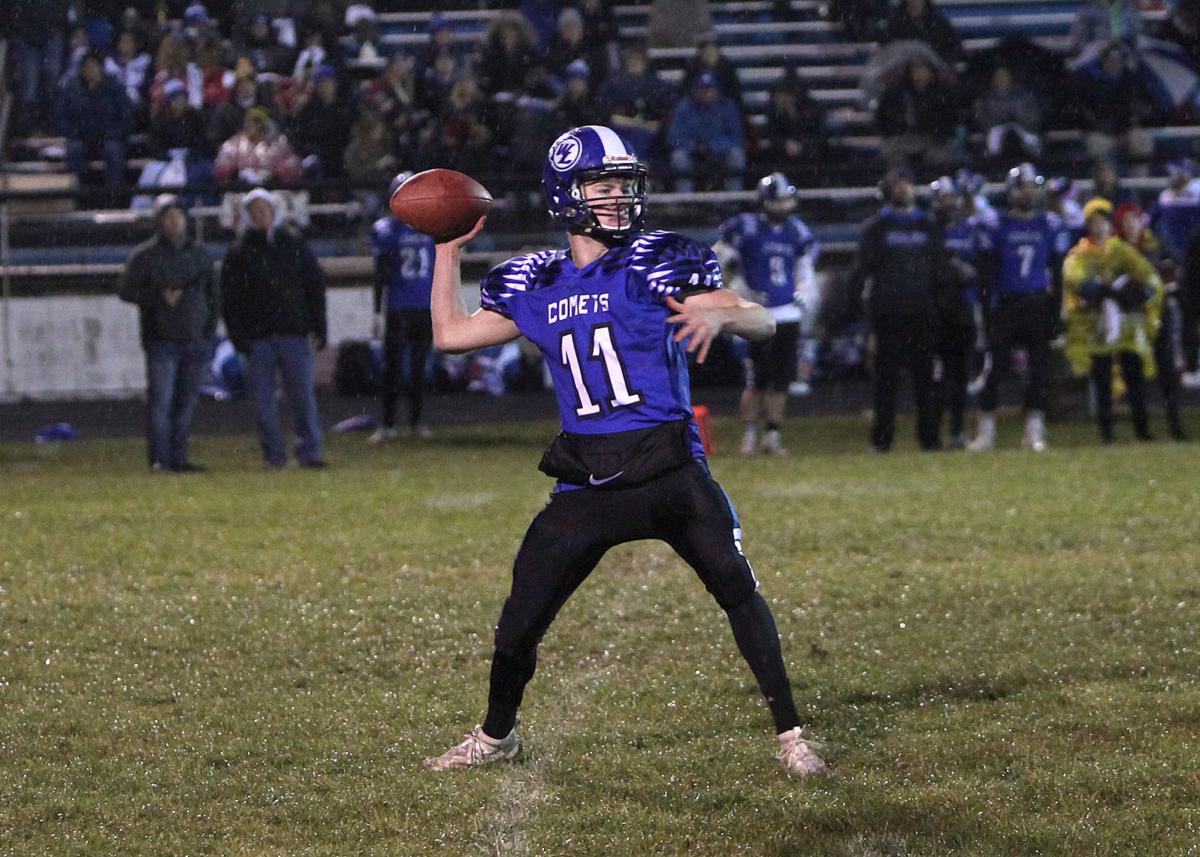 West Liberty's Talen Dangler throws a pass during the first half of the Comets' first-round playoff game against Monticello. 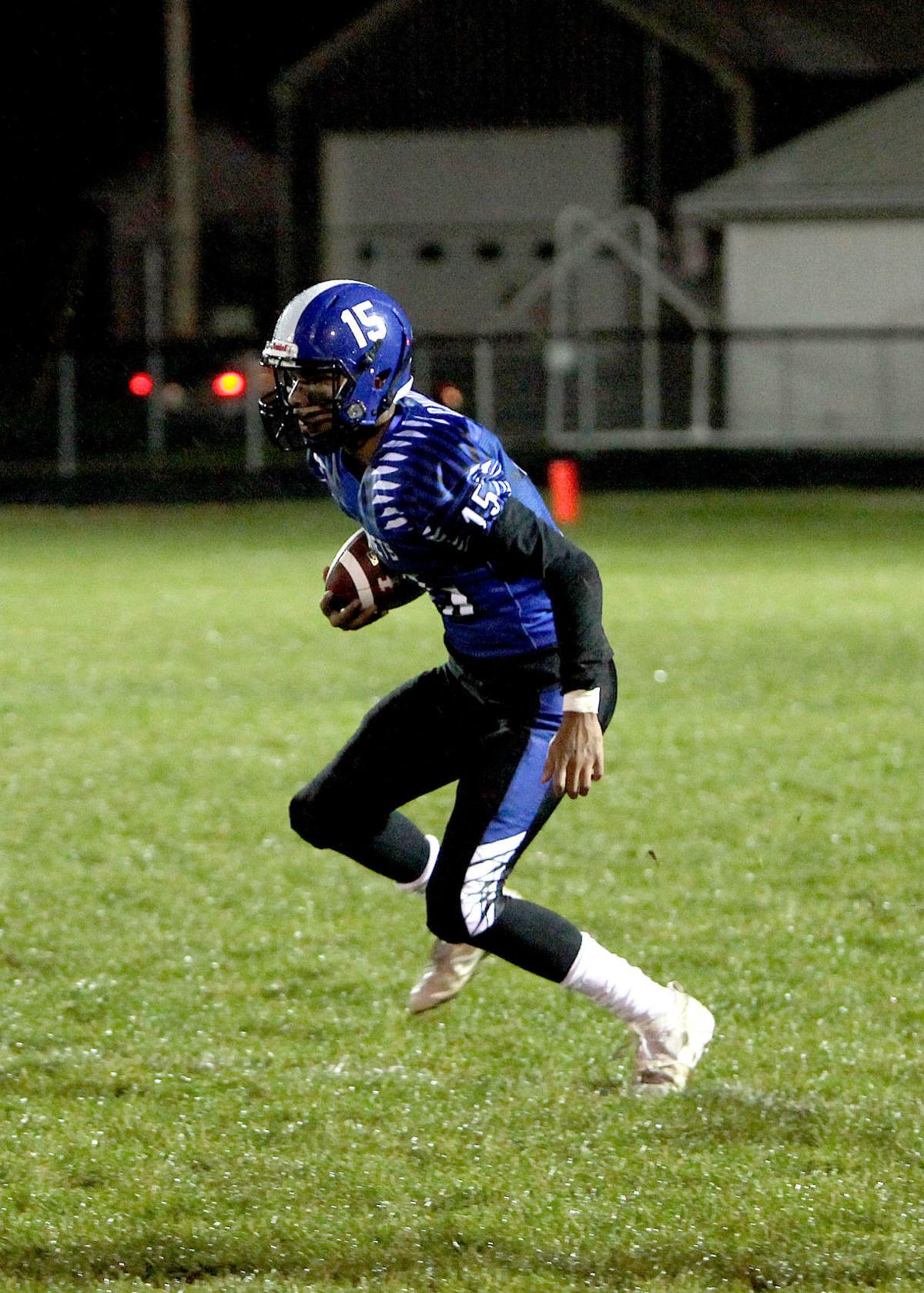 West Liberty's Jahsiah Galvan returns a punt during the first half of the Comets' first-round playoff game against Monticello. 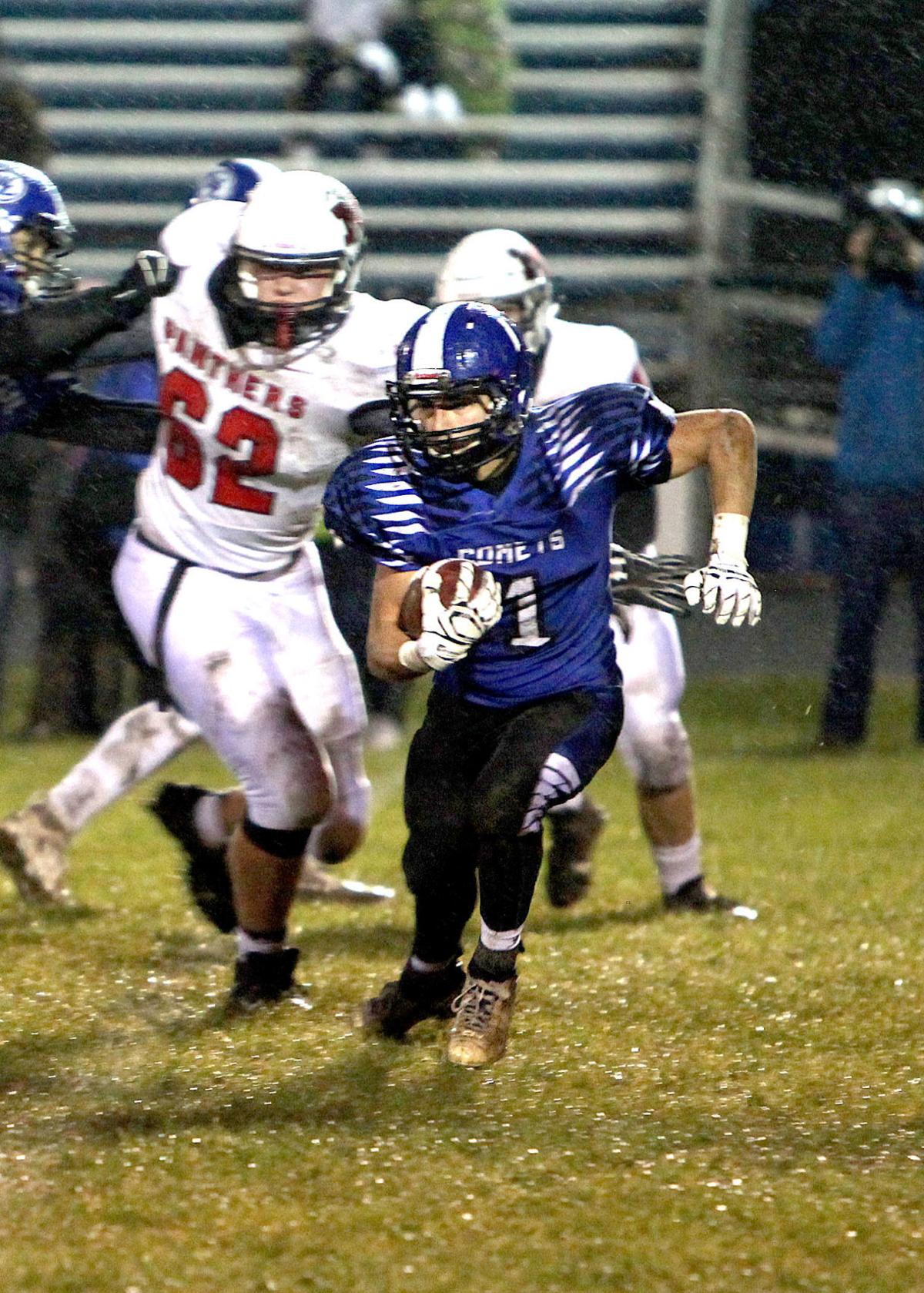 Will Esmoil of West Liberty cuts across the field for a 5-yard gain during the second quarter of West Liberty's first-round playoff win over Monticello on Friday. 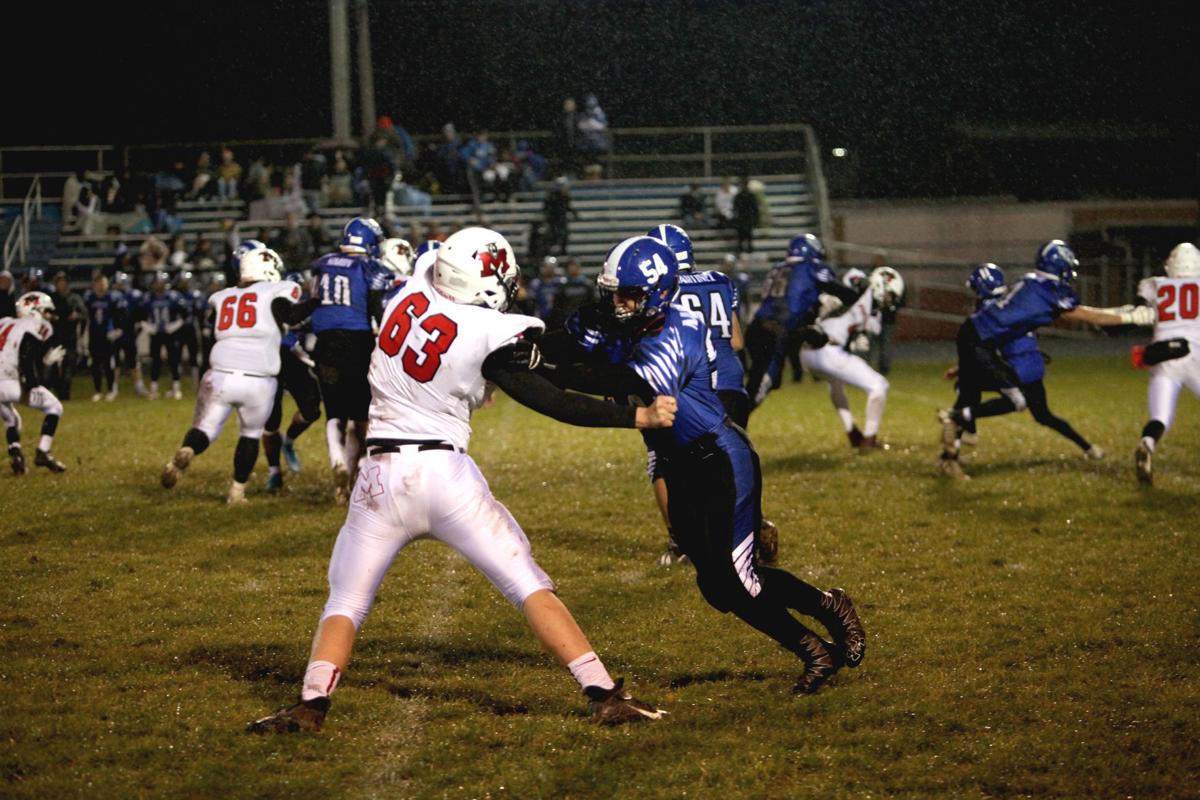 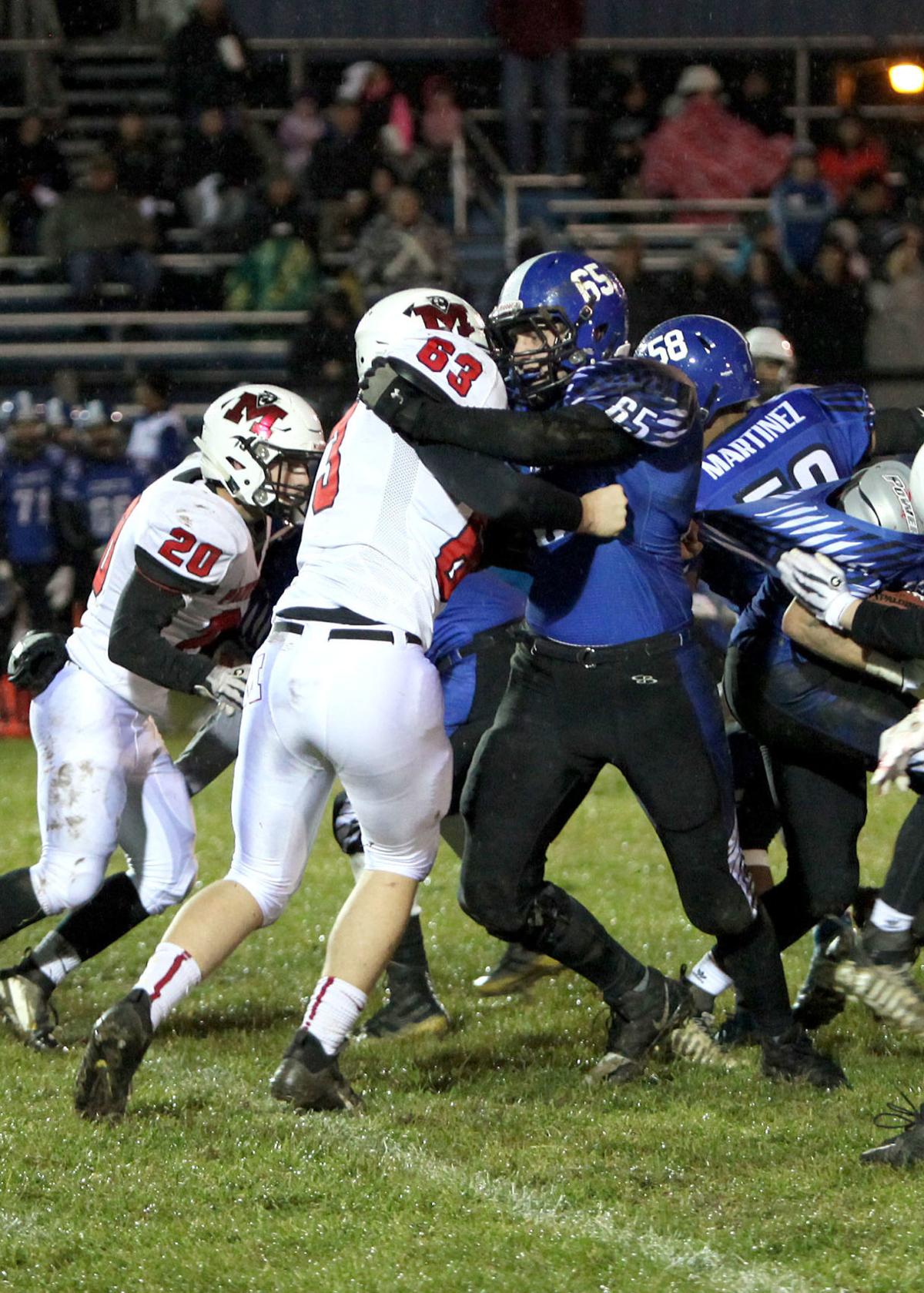 Gage Snider of West Liberty holds back Brayden Cleeton of Monticello during the first quarter of their first-round playoff game Friday. The Comets advanced with a 6-0 victory.

West Liberty's Talen Dangler throws a pass during the first half of the Comets' first-round playoff game against Monticello.

West Liberty's Jahsiah Galvan returns a punt during the first half of the Comets' first-round playoff game against Monticello.

Will Esmoil of West Liberty cuts across the field for a 5-yard gain during the second quarter of West Liberty's first-round playoff win over Monticello on Friday.

Gage Snider of West Liberty holds back Brayden Cleeton of Monticello during the first quarter of their first-round playoff game Friday. The Comets advanced with a 6-0 victory.

WEST LIBERTY, Iowa — The West Liberty football team has not only accepted their roles on the team, they've embraced them.

That's a hard thing to do when egos and individual goals can cloud, if not totally eclipse, the objectives of the team.

But the Comets have accomplished as much, and they feel like that mindset has been a big reason why they're still playing. But their next opponent, top-ranked Waukon, poses the toughest test for West Liberty yet, as the two sides will face each other in Friday night's Class 2A quarterfinal game.

Offensively, the Comets' (7-3) success revolves around Will Esmoil's running ability. But even there, it takes carefully choreographed play design and execution to allow for running lanes. Esmoil is coming off a 148-yard effort that included the game's only score in last week's 6-0 win over Monticello in the first round of the playoffs.

Defensively, West Liberty's whole-is-greater-than-the-sum-of-its-parts mindset really takes hold. There, their confidence in one another is boundless. They feel like any member of the team could make a game-changing play at any time, and they welcome the opportunity to rally behind whomever that may be.

"I think that's been a product of how the season has gone," West Liberty head coach Jason Iske said. "We've had some guys fill in different spots. And playing different teams that run different offenses, depending on the week, we have different guys move into different spots."

From a late defensive stand to slide past Anamosa by a single point for their first win of the season, to Brodie Kilburn's blocked field goal to deliver a district title near the conclusion of their regular-season finale against Tipton, to Caleb Wulf's diving interception to end a Monticello drive before it got going, the team isn't wrong in thinking there are any number of capable players to make game-changing plays when they need them.

"It's kinda been a whirlwind, a little chaotic I guess," said Iske. "We knew for the last couple weeks of the season we controlled our own destiny, so that was kinda nice. We've basically been in the playoffs for the last three weeks, so one more week is just par for the course.

"We feel comfortable with our routine and how things have been going."

As the stakes keep getting higher for West Liberty and the caliber of opponent gets better every week, it's no wonder the team feels confident ahead of their game against undefeated Waukon.

The Comets have been proving people wrong all season. But if there's any doubt about the talent they're about to go up against, look no further than their last common opponent. That same Tipton team that the Comets needed the last-minute blocked kick to beat was ousted by West Liberty's next opponent 52-16 last Friday to open the playoffs.

Waukon (10-0) has a stingy defense in their own right. The Indians have only allowed more than 21 points once all season. In that game against North Fayette Valley, where they gave up 36, they still won by 20.

Waukon quarterback Creed Welch has thrown for 1,947 yards on 117 completions this season, as well as ran for 156 yards. The Indians also boast three different running backs that average around double-digit yards per carry: Pat Hennessy (390 yards on 36 carries), Ethan O'Neill (714 yards on 69 carries) and Dawson Baures (907 yards on 91 carries).

"I think (our) guys know what's expected," Iske said, "and they accept it. It's nice to have a selfless group like we do where everything is about getting a win."

What: Class 2A playoffs, quarterfinals

Stay in the game with our High School Sports newsletter!