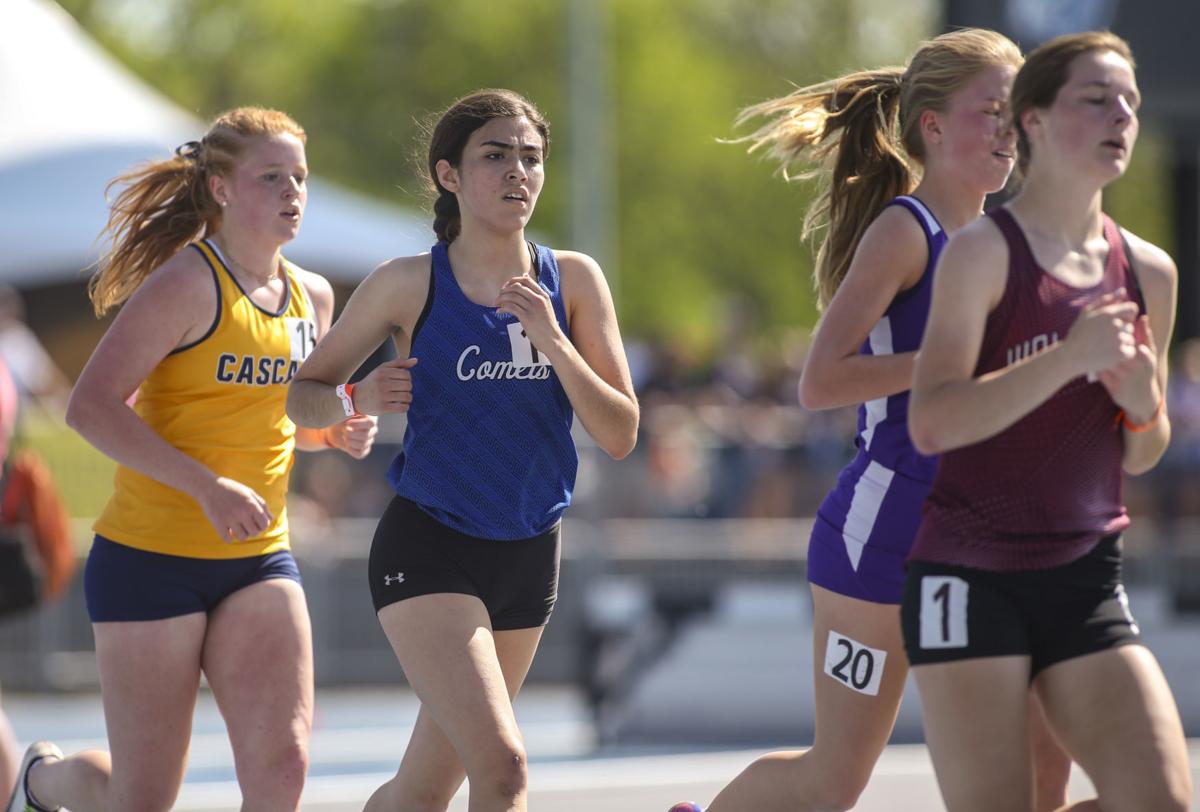 West Liberty’s Jimena Fierro competes in the 2A girls 3000-meter run during the Iowa coed state track and field meet at Drake Stadium in Des Moines last May. She hopes to make it back to state cross country this fall. 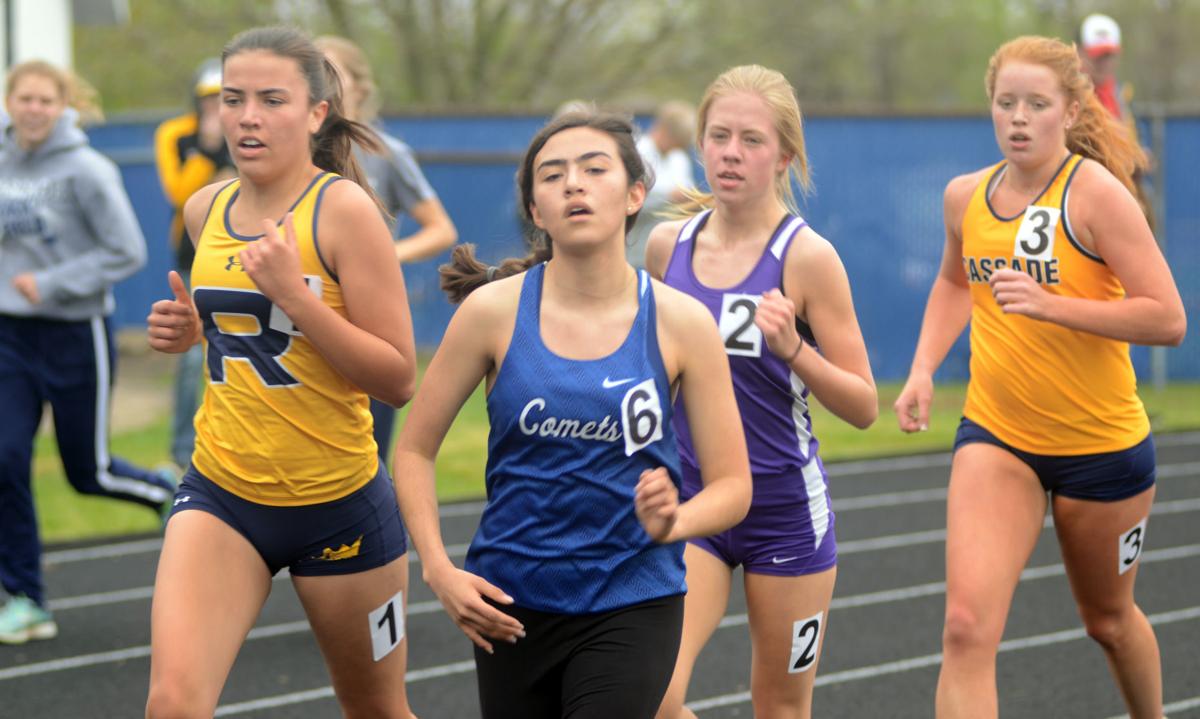 It doesn’t matter what course, track, obstacles or competition put in front of Jimena Fierro, she thrives on the challenge of finishing first. Or, if nothing else, she competes against herself and the clock, trying to be faster than the last time she ran.

Fierro, a senior, has been West Liberty’s top cross country runner on the girls side for some time now. So it’s been a bit of a challenge for the program to even find enough in-house competition to feed her need to compete.

“I’ll run with her and then the guys are pretty comfortable (running with her) too. So she’s always got a pretty good group with her to push her,” said West Liberty cross country coach Michael Hart, who ran cross country at the University of Iowa.

The Comets also found competition from an unlikely source, which came all the way from Norway.

“Annmarie Erikson (a foreign exchange student from Norway) came in, she wasn’t sure about cross country, she was a sprinter back in Norway, she’s working hard and actually able to push Jimena in workouts,” Hart said.

The Comet senior is fresh off a second-place finish Tuesday night in Tipton, finishing with a time of 20:45. She also recently cracked the top 30 in the Class 2A individual rankings, coming in at 29th.

She’s already had one of the more accomplished careers the school has had in cross country and track, but Fierro doesn’t dwell on that, because it’s all about the next race.

“When I came here several years ago, (Jimena) was an underclassman and a decent runner, but state was a pipe dream,” said Hart.

But it didn’t take long for Fierro to prove her coach wrong. As a sophomore, she placed 30th at the state meet. After not qualifying as a junior, she’s on a mission to get back to Fort Dodge.

“I really want to qualify for state in cross country,” said Fierro, “that’s something I always look forward to. I have some new competition this year because a lot of it graduated, so I’m recognizing a whole group of new girls.

“Catching up to them, staying with them or beating them is something that is always keeping me going.”

She did, however, make it to state in both the 1,500 and 3,000-meter run in track to close her junior year. She placed 20th in the former and 18th in the latter. She's also been selected to the Quad-City Times' all-area teams for both cross country and track.

While she hasn’t made a decision on where she’ll be going after graduation at the end of the school year, wherever it is, Fierro and running are a package deal.

“I am looking into running in college,” the Comet senior said, “that’s a must for me because I can’t let go of competing. If I run on my own, it’s a different aspect than running with a team that’s motivating you.”

True to form, Fierro has goals for running after high school, but those aren’t as important – at least in the present – as the races she has yet to run in a West Liberty uniform.

“I really competing a lot, that’s kind of what drives me. It’s so hard for some people to start running because they don’t really have anything to motivate them,” Fierro said. “But for me, it’s just about catching the girl ahead of me. That’s honestly what motivates me the most.”

West Liberty’s Jimena Fierro competes in the 2A girls 3000-meter run during the Iowa coed state track and field meet at Drake Stadium in Des Moines last May. She hopes to make it back to state cross country this fall.