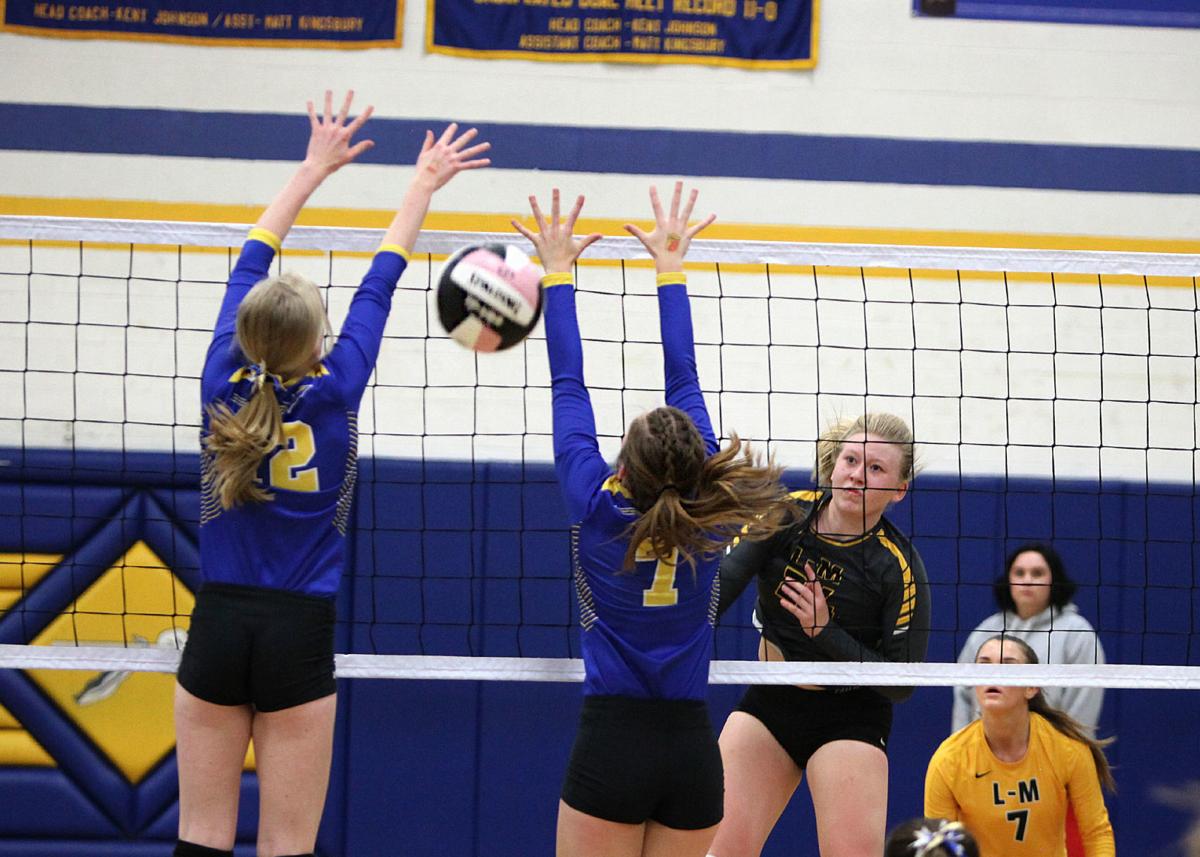 Louisa-Muscatine's Shadyn Bishop (24) drives the ball over the net between Lindsy Massner (12) and Aliyah Lolling (7) of Wapello during the second set of the Class 2A Region 6 match Monday night. 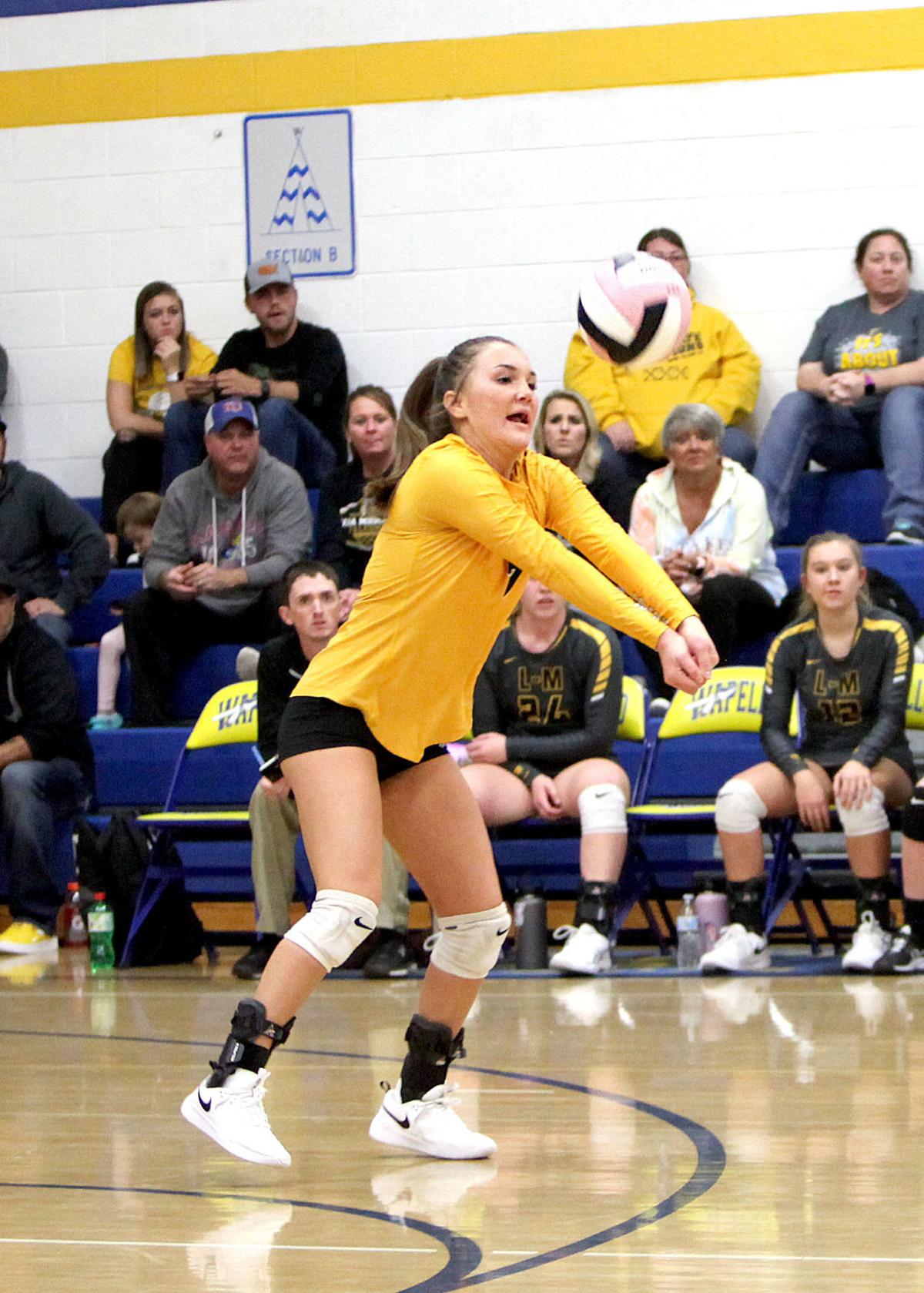 WAPELLO — It took four sets to decide the first match between Louisa-Muscatine and Wapello earlier this season, and that's what it took again.

On Monday night, however, there was a little more on the line than the first time around.

The end result was the same, though, with the Falcons taking home a win in the Class 2A Regional 6 tournament match. Louisa-Muscatine won the first two sets before Wapello managed to snag the the third, but L-M wouldn't be denied in the fourth and deciding set, winning the match by scores of 25-18, 25-22, 17-25 and 26-24.

"We really worked as a team tonight," L-M's Kylee Sanders said. "We wanted to work on servicing and we struggled with that in the third set, but ... since this was the second time we've seen them we knew they cross-court and and communication was key."

It was a back-and-forth affair through most of the action. Wapello's 10-point lead when it was up 18-8 was the largest lead of the night by either side.

But it was consistently just a little easier for Louisa-Muscatine (16-12) to get points when it needed. Its attack was led by the setting of McKenna Hohenadel and the big swings by Kylee Sanders.

"They're both really good players and have done a nice job for us all year," Louisa-Muscatine coach Ken Spielbauer said.

In the first set, Wapello (16-15) was down two when it looked like it could have snatched some momentum after a huge unassisted kill by Lindsy Massner pulled the Arrows to within one.

But L-M had answers for whatever the Arrows threw at them. The Falcons scored a big point to go up 22-15 when Hailey Sanders got her hand on an Arrow kill attempt, then went back up a second time to put it away for a kill of her own.

The second set played out closer than the first, but the Falcons found a way to pull it out late, much like in the first.

With Wapello trailing early a Gracie Gustison tip found a hole in the L-M defense to tie things at five, which was the first of three ties (not including the 0-0 start) over the course of the second set. The Arrows found themselves down 16-10 at one point, but rallied behind Massner's serving to pull even at 16. But by the time the Arrows got their 17th point, they were down by five.

In the third, the Arrows looked as if they had figured some thing out after getting that double-digit lead, but L-M made it tough on them. The Falcons outscored Wapello 9-7 after allowing it to get to 18-8, but it proved too little, too late as the Arrows scored their first — and only — set win of the night.

The fourth set was a replica of the first two: Louisa-Muscatine would take a small lead, Wapello would come back to some degree, but they couldn't stop the Hohenadel and Kylee Sanders connection enough times.

"It's always hard to play the first (tournament) game, especially against a good team" said Spielbauer. "The first one is always the hardest to win and we lucked out and got that. We'll take it."

Louisa-Muscatine advances to play Mediapolis (40-1) in a regional semifinal Thursday night at Mediapolis.

Louisa-Muscatine's Shadyn Bishop (24) drives the ball over the net between Lindsy Massner (12) and Aliyah Lolling (7) of Wapello during the second set of the Class 2A Region 6 match Monday night.