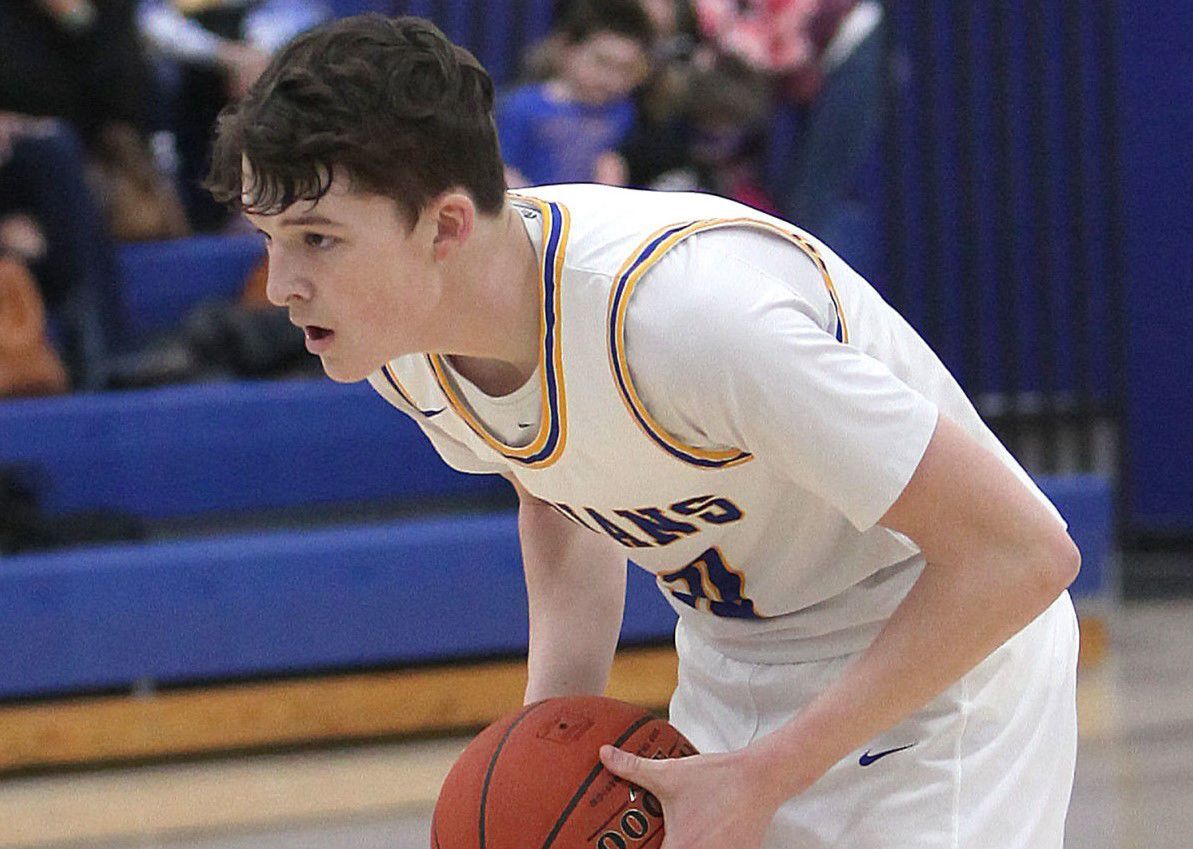 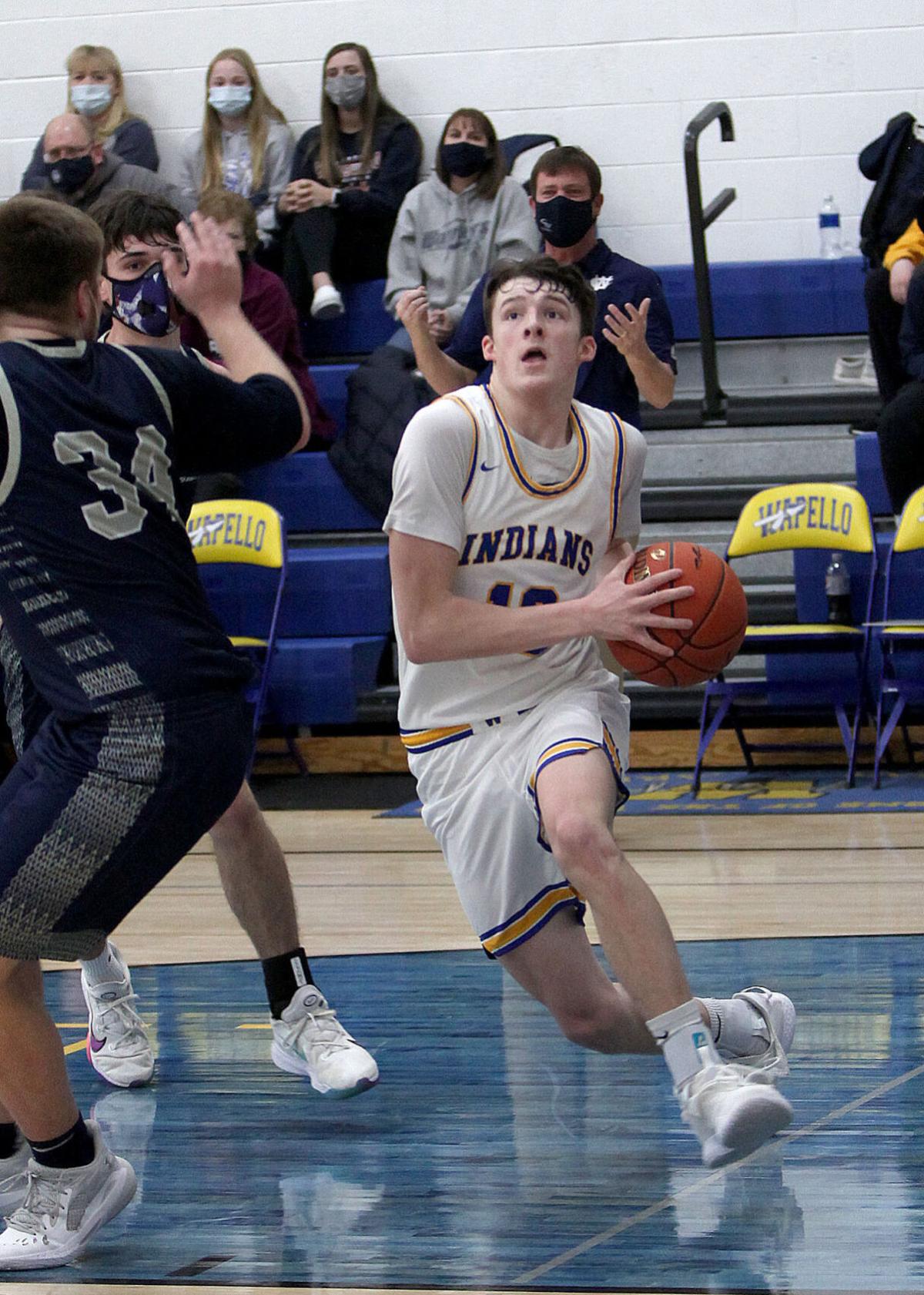 Maddox Griffin of Wapello drives to the hoop during the first half against Calamus-Wheatland on Feb. 18 at Wapello High School.

The Wapello senior made the decision last week after the recruiting process ran its course and left Griffin with the impression that Upper Iowa was the best place for him to go after he’s done at Wapello High School.

That happened after a trip to Fayette sealed the deal.

"I went there on a visit there and it just felt like home," Griffin said. "I liked the small town, the small campus ... I didn't have much of a timeline, it just felt right. I like the way they play and everything, so I pulled the trigger.

"They play at a high level and at a really fast pace. That's how I like to play, get up and down the floor. That fit was really appealing."

Upper Iowa plays at the Division II level as a member of the Mid-America Intercollegiate Athletics Association. Last season, the Peacocks had four players average 14 or more points per game, which suites the 6-foot-3 point guard from Wapello's team-friendly game.

Griffin emerged a sophomore, going for 16.2 points per game and 6 ½ rebounds to go with almost six assists.

At Wapello, Griffin has is a year-round athlete.

"With lower numbers, I remember having to step up as a sophomore in football," he said. "All the upperclassmen help you through it and other sports are the same way."

But his junior basketball season further established him as a premier player in Class 1A. His effort made him a second team all-state selection, as well as being named the Muscatine Journal’s Player of the Year for the 2020-21 season.

He averaged 17.6 points per game, 8.2 assists and just over seven rebounds per game last season.

It also helps to know people.

"I know some people up there already, and the basketball coaches were all really nice," Griffin said. "It just felt really good."

Now with the decision behind him, Griffin can focus not only on a Wapello football team that is 5-2 and fresh off solidifying a spot in the Class A playoffs, but the senior can also play the upcoming basketball season without having to worry about the recruiting process anymore.

"We've had a lot of kids (at Wapello) go on to play in college in just about every sport," he said. "It's cool to be able to be a part of that. Coach (Ken) Spielbauer and coach (Todd) Parsons put a lot into our programs. We're just there trying to take it all in and work hard.

"It does feel kind of nice having (the decision) done with. I can just go out and play now, just have fun ... We're going to see if we can get another conference championship and hopefully make a run at the state tournament."

While the playoffs aren't in the cards for the Muscatine football team this season, the postseason was on the minds of many Friday.

Maddox Griffin of Wapello drives to the hoop during the first half against Calamus-Wheatland on Feb. 18 at Wapello High School.