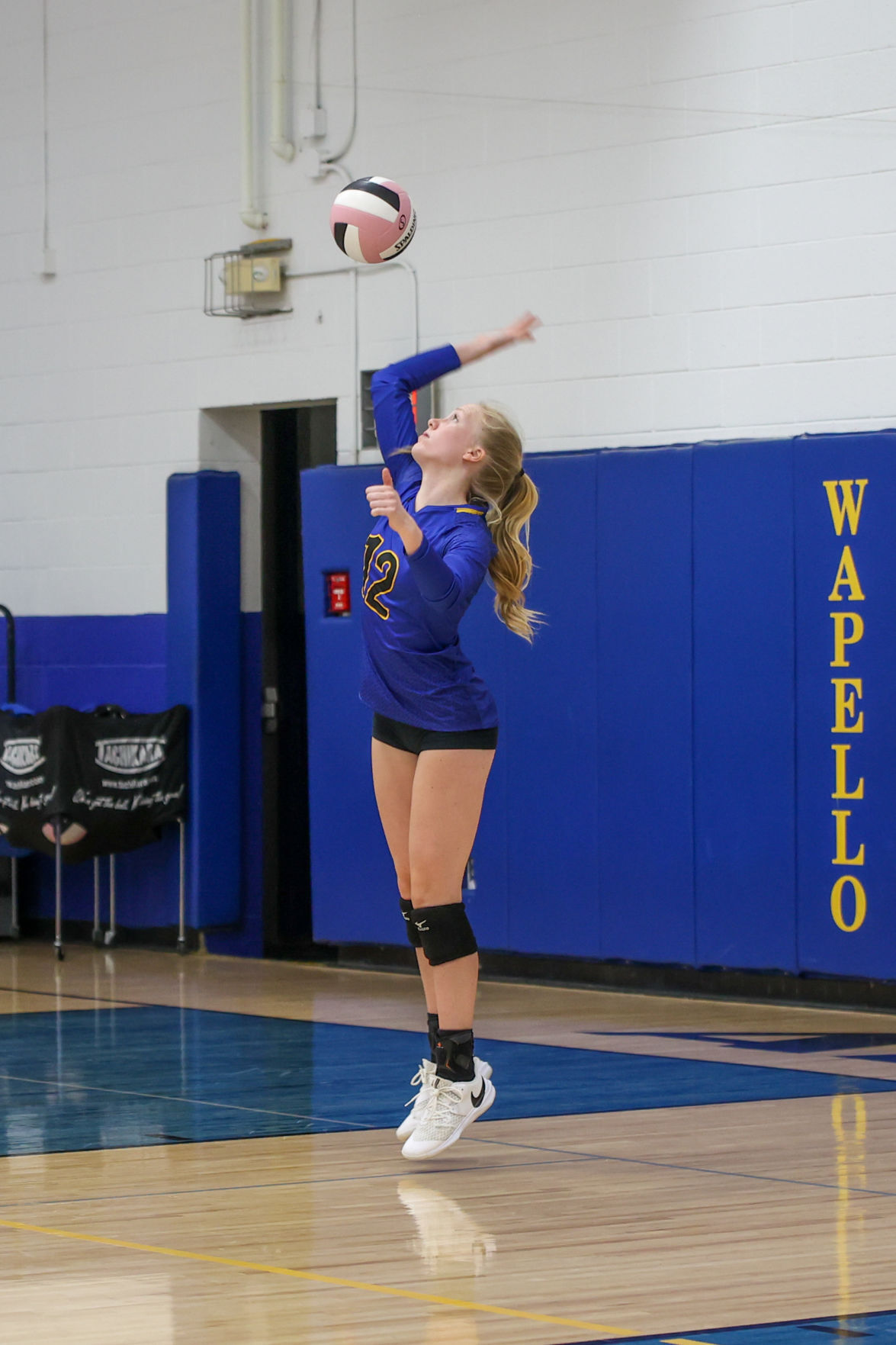 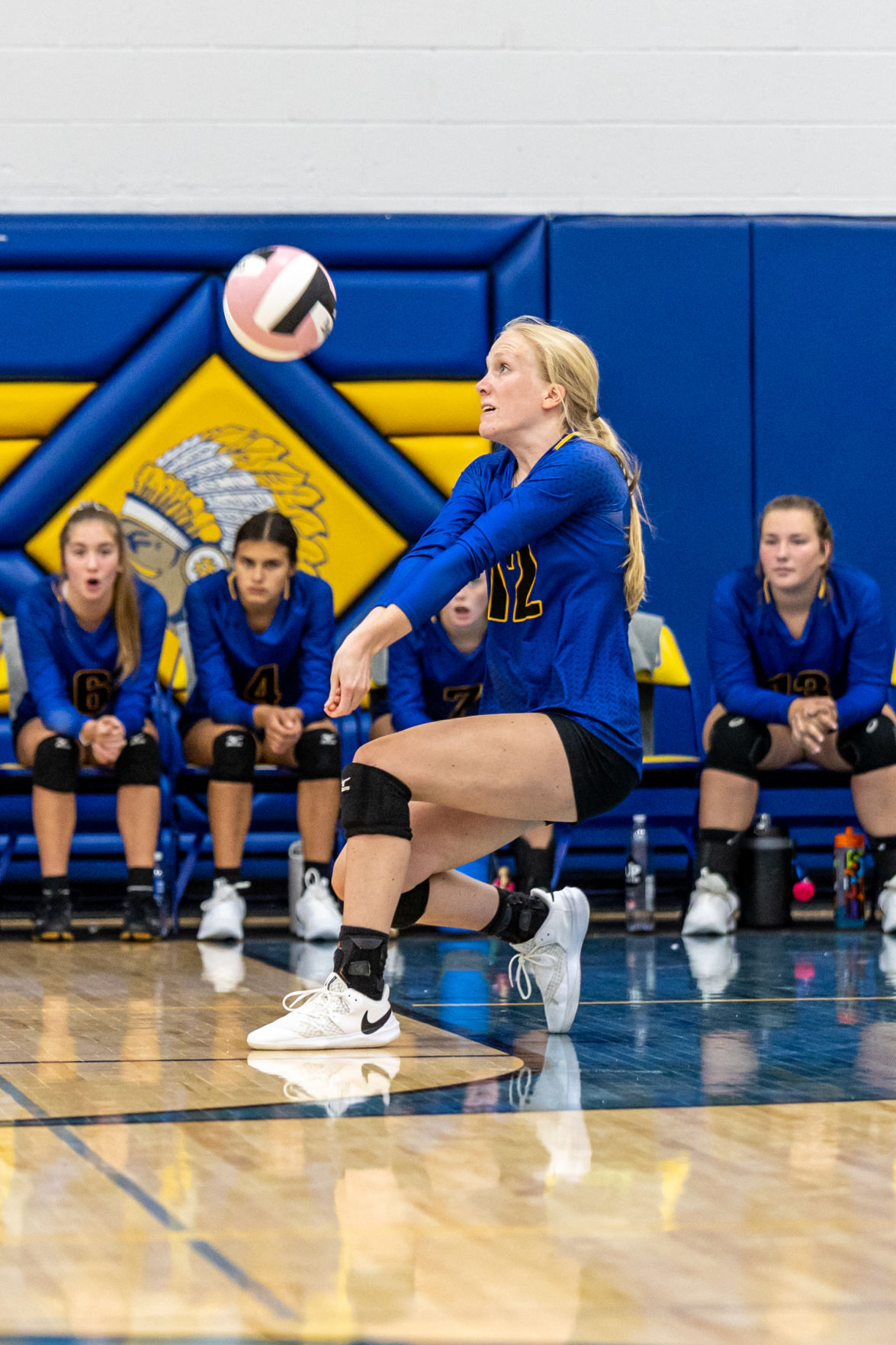 With one game remaining, the Wapello Arrows sit at 24-10 overall and 7-0  in the Southeast Iowa Super Conference North Division, the only team in the North without a loss in conference play.

The Arrows' regular season concludes Thursday night with a conference match at Lone Tree High School. After that, Wapello starts Class 1A Region 7 play at home against Morningstar Academy on Oct. 18.

"It's awesome to be in this spot where we can show our town and (the conference) what we're all about," said Massner, this week's Prep of the Week. "You can have successful seasons and everything, but to be able to have a conference title to that is proof."

Wapello has gotten the best of Winfield-Mount Union two of the three times the sides have played, with the two sides splitting a pair matches during separate weekend tournaments.

In that all-important match in early September, Massner led Wapello in kills as her and teammate Patricia Hank combined for 31 of the Arrows’ 43 team kills. Massner also added a team-high three ace serves, a handful of digs, a pair of blocks and an assist.

"(Lindsy) reads the floor really well," Wapello head coach Kenna Greiner said. "She sits back and guides the girls in the middle back and front row. She's handled being the leader of the team really well along with some of our other seniors. She understands the game and it shows."

But over the years, that kind of all-around performance has become more of the norm than an anomaly for whatever Wapello team Massner is on.

The senior multi-sport athlete qualified in the maximum number of events at the Class 1A state track and field meet.

"I think every sport helps you for the next one," Massner said. "Volleyball improves my basketball, both help with track, it all flows together. I love being in several different things and they all benefit me in different ways.

"Small schools offer great opportunities to be involved in a lot of things."

Massner also qualified for state in the 4x200 as a sophomore before losing her junior track season to the COVID-19 pandemic. In that race, she got to run with her older sister, Holly.

Between volleyball and basketball, Massner has been named to several all-SEISC teams and stays involved in activities outside of athletics as she plays trumpet in the Wapello band, is on student council and is a National Honor Society member.

"In basketball I don't like to tell people what to do, I just go to practice and work my hardest ...  But in volleyball, I feel like I know the game a little better, so I try to guide players a little more," the senior said. "And in track, I feel like everyone has to be their own leader to get the most out of it."

Between the six children in the family, the Massner family has left a mark at Wapello High School.

Older brother Trenton was a highly-decorated multi-sport athlete as well, and after a couple college stops, he’s set to play his first season of basketball Western Illinois.

That comes after spending two seasons at Northwestern State in Louisiana, making it easier for family and friends to go watch.

"I like that he's closer to home now. It's a great accomplishment for him," Massner said of her older brother. "I look up to him because he works so hard. He always wanted to play college sports and worked a long time to get to that point."

Though the basketball skills have been passed on — Massner led the team in scoring last season and was third in scoring as a sophomore behind Holly and Eryka Dickey — she’s flourished on the volleyball court.

Despite the Arrows' basketball team reaching the regional semifinal in 2019-20, the team hasn’t produced a conference winner during Massner’s stay, but hopes are high the momentum from the volleyball season will carry over into the winter.

As a freshman trying to find her way in volleyball, Massner shared setting duties with Holly and went for over 100 assists while also recording 57 kills and 15 aces.

This season, Massner leads the team in aces with 54. If that holds, it’ll be the second year in a row she’s led the team in ace serves, collecting 92 over her four-year career.

"She's an all-around great athlete," Greiner said. "I've watched her with all of our sports ... This year she's really stepped up her game and pushed herself to get better and is presenting herself the way she needs to on the floor."

She’s also done so with a success rate in excess of 80% on serves as she’s proved not only capable of producing big numbers, but doing so efficiently.

On kill attempts, her .107 efficiency mark as a freshman stands as the lowest of her career. Since then, that number has been .220 or better, converting 568 of 1,520 kill attempts over her career heading into the Arrows’ last regular season match.

With plans on attending Indian Hills Community College with the intention of becoming an Occupational Therapist assistant, the youngest of the Massner clan hopes there's an impression left in and outside of athletics at Wapello.

"I hope I left a mark not just with my play, but with my character," Massner said. "With (my family having success at Wapello) I hope we left more of an impact outside of sports. Hopefully we'll be remembered for working hard every day and being nice people, sports just gave us an outlet."

While the playoffs aren't in the cards for the Muscatine football team this season, the postseason was on the minds of many Friday.