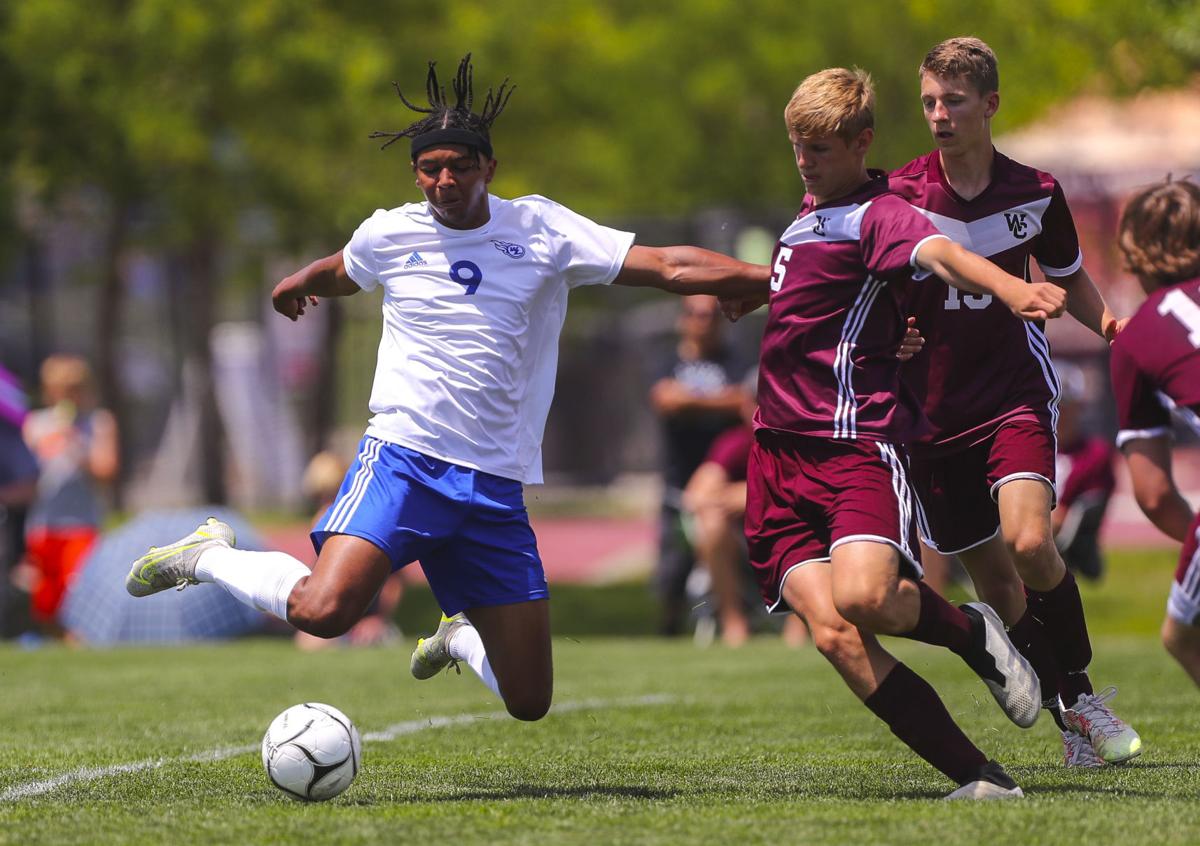 West Liberty junior Jahsiah Galvan takes a shot on the Western Christian goal Thursday during the semifinal round of the Class 1A boys state soccer tournament at the Cownie Soccer Complex in Des Moines. Western Christian prevailed 2-1. 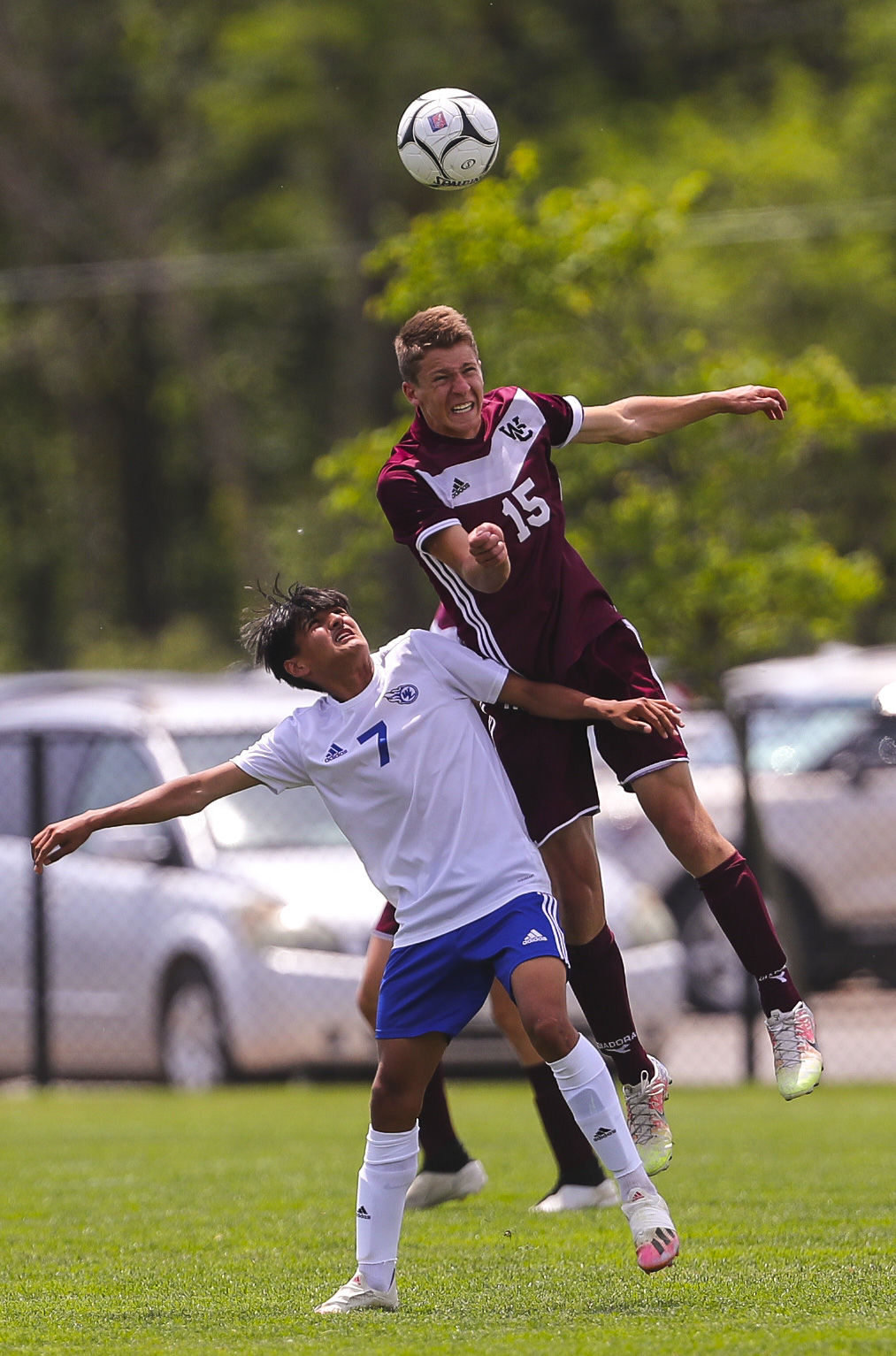 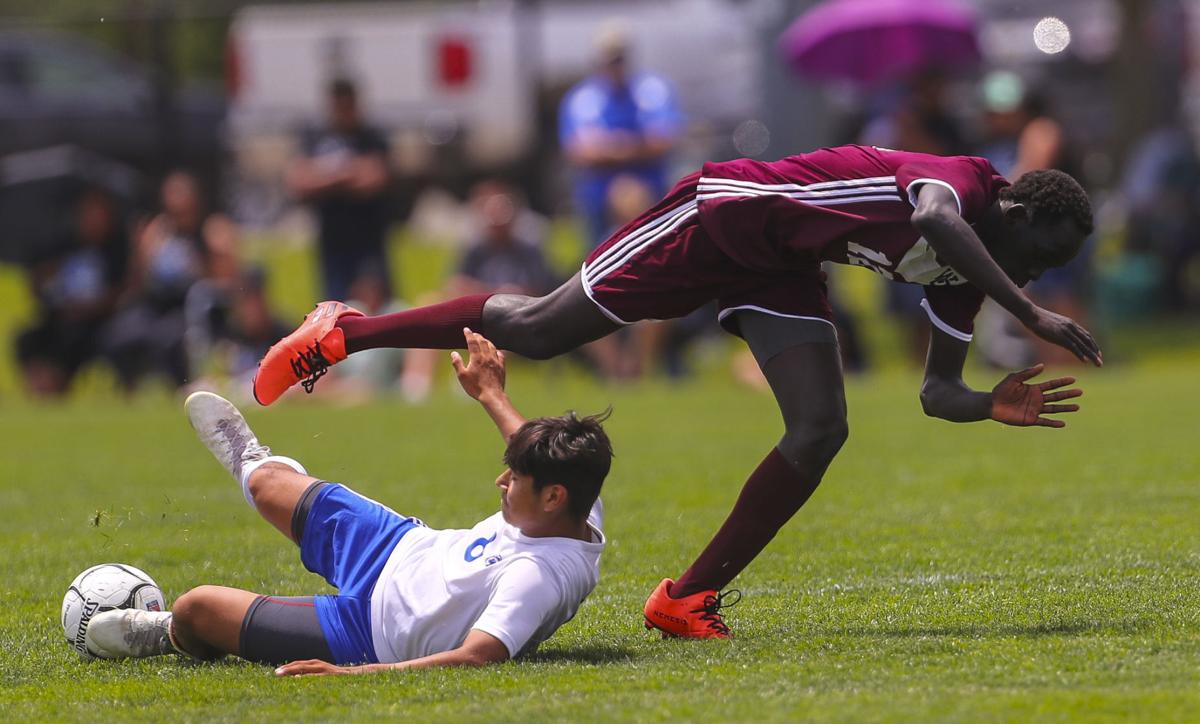 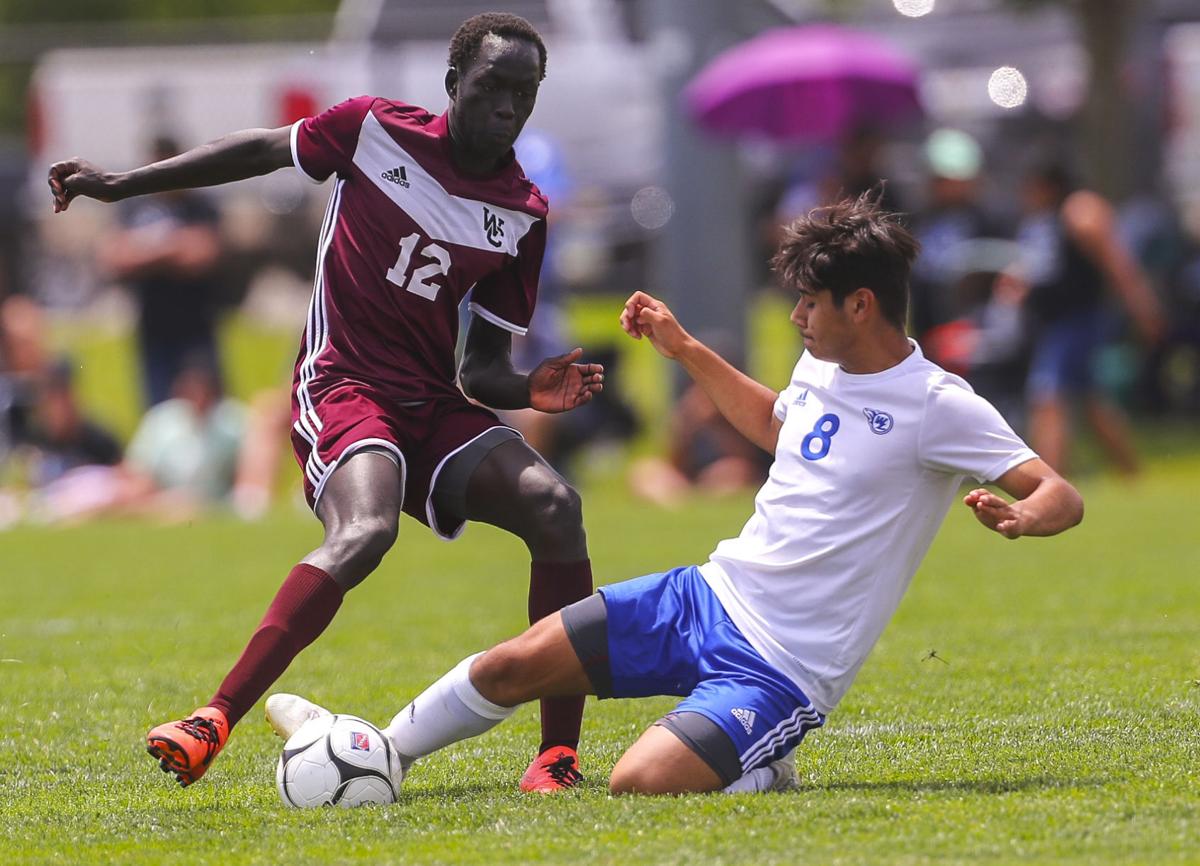 DES MOINES — As the final buzzer sounded on a humid Thursday afternoon at the Cownie Soccer Complex, nearly all of the players on the field for West Liberty’s boys soccer team tumbled to the ground.

They were exhausted. They were heartbroken.

The semifinal round of the Iowa state tournament continues to be a nemesis for the Comets.

“I’m just really sad,” sophomore Juan Mateo said. “This is the best team West Liberty has ever had, and to end like this in a bad way, it is really tough.”

West Liberty (16-4) has made five appearances in the state tournament since 2012. This was the fourth time the Comets have lost in the semifinal round.

“We’ve got to get over that hump,” Ponce said. “The boys have put so much time and effort into this. We will regroup. We have good players coming into the program, but we need to make it past this step next time.”

The Comets felt like this was their chance to make that leap.

Despite Western Christian having plenty of more scoring opportunities in the first half, West Liberty had the lead at intermission.

Off a short corner, Western Christian couldn’t get the ball cleared. Jahsiah Galvan did a low turn and booted it through for his 38th goal of the season in the 35th minute.

The tide turned in the second half.

West Liberty was called for a foul in the box in the 50th minute. The Wolfpack’s Bailey Baccam capitalized on the penalty kick to even the match.

“The PK call at the beginning of the second half changed the momentum of the game,” Ponce admitted.

West Liberty had only three shot attempts in the second half.

After coming up empty on several chances, Western Christian delivered the winner in the 73rd minute. Baccam’s free kick from just outside the box went off the hands of West Liberty’s keeper. Western Christian’s Eli Van Essen was there for the rebound and score.

“There are some things we’ve got to improve on for next year and come back stronger.”

Western Christian subbed players frequently throughout the match. West Liberty didn’t have the depth to match that on a humid afternoon.

“We knew it was going to be an uphill battle for six or seven of our players,” Ponce said. “We gave it our all. It was just a bounce here or there.

“We defended very well and made sure we were compact and not giving them anything easy.”

It was West Liberty’s only loss of the season to a 1A school. The Comets started the season in the top five and remained there throughout the spring.

“There were a lot of good memories with his team,” defender and captain Kevin Martinez said. “We would laugh a lot, we had a good bond and good chemistry between each other.

“This, though, is not what we wanted. We wanted to play in the state finals. We’re not there yet (as a program).”

Disappointment aside, West Liberty returns a strong nucleus for next season.

Galvan and Mateo, who combined for 72 goals this season, are back. So too are forward Diego Sanchez, middle Diego Hernandez, goalie Ruben Merez and defenders Bryan Martinez and Alexis Garcia.

“For us freshmen, sophomores and juniors, it is amazing we have another season to play,” Mateo said. “For the seniors, unfortunately, it is over.

“Next year, I’m hungry. (We're) going to go after that state title. We're going to make the most out of it.”

West Liberty junior Jahsiah Galvan takes a shot on the Western Christian goal Thursday during the semifinal round of the Class 1A boys state soccer tournament at the Cownie Soccer Complex in Des Moines. Western Christian prevailed 2-1.