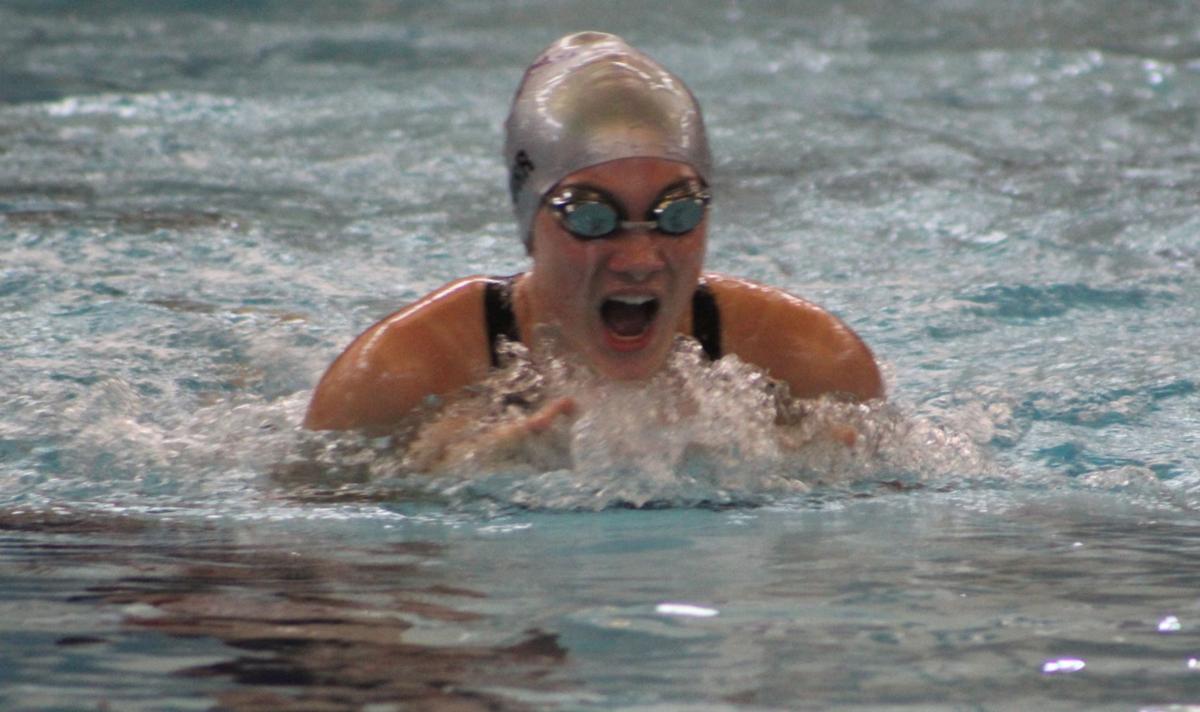 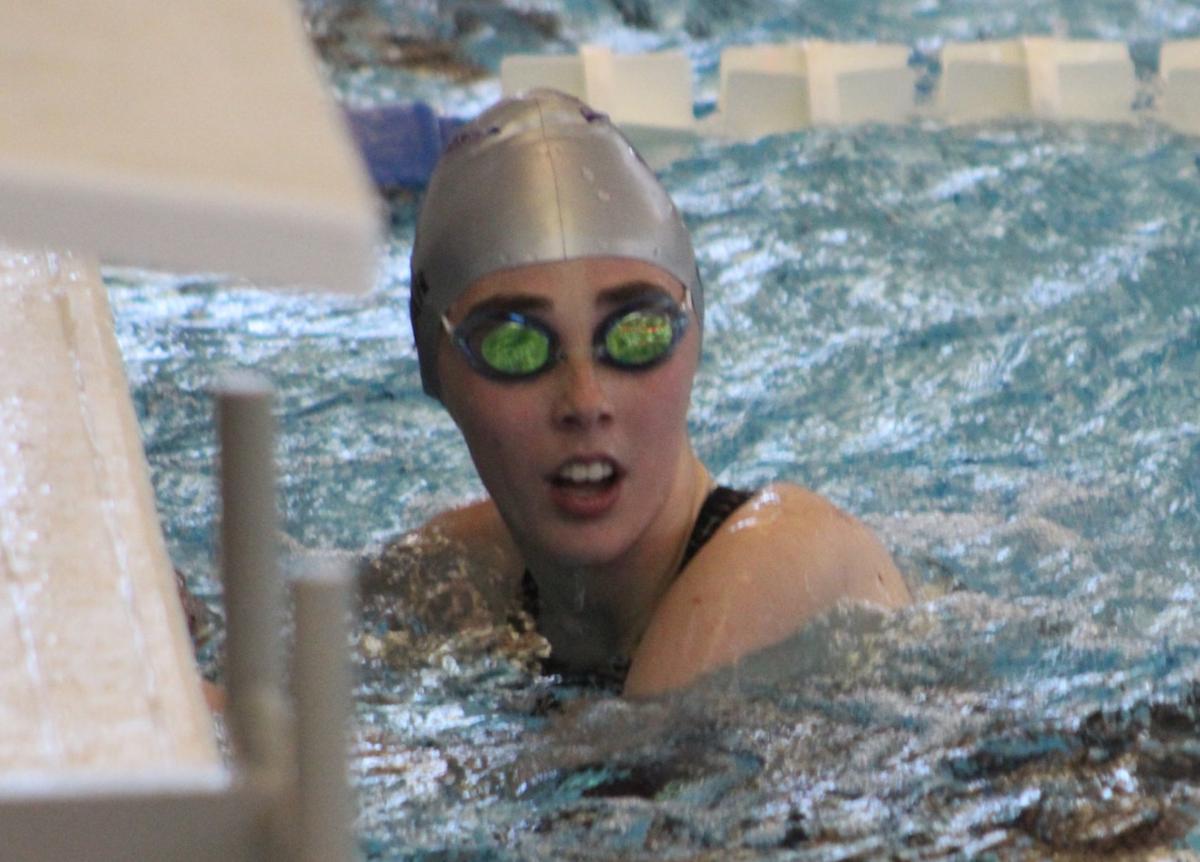 Muscatine's Abby Lear turns to check her time after reaching the wall in the 50 freestyle at the regional swim meet in Grinnell last year. Lear is coming off a season in which she qualified for state in three events. 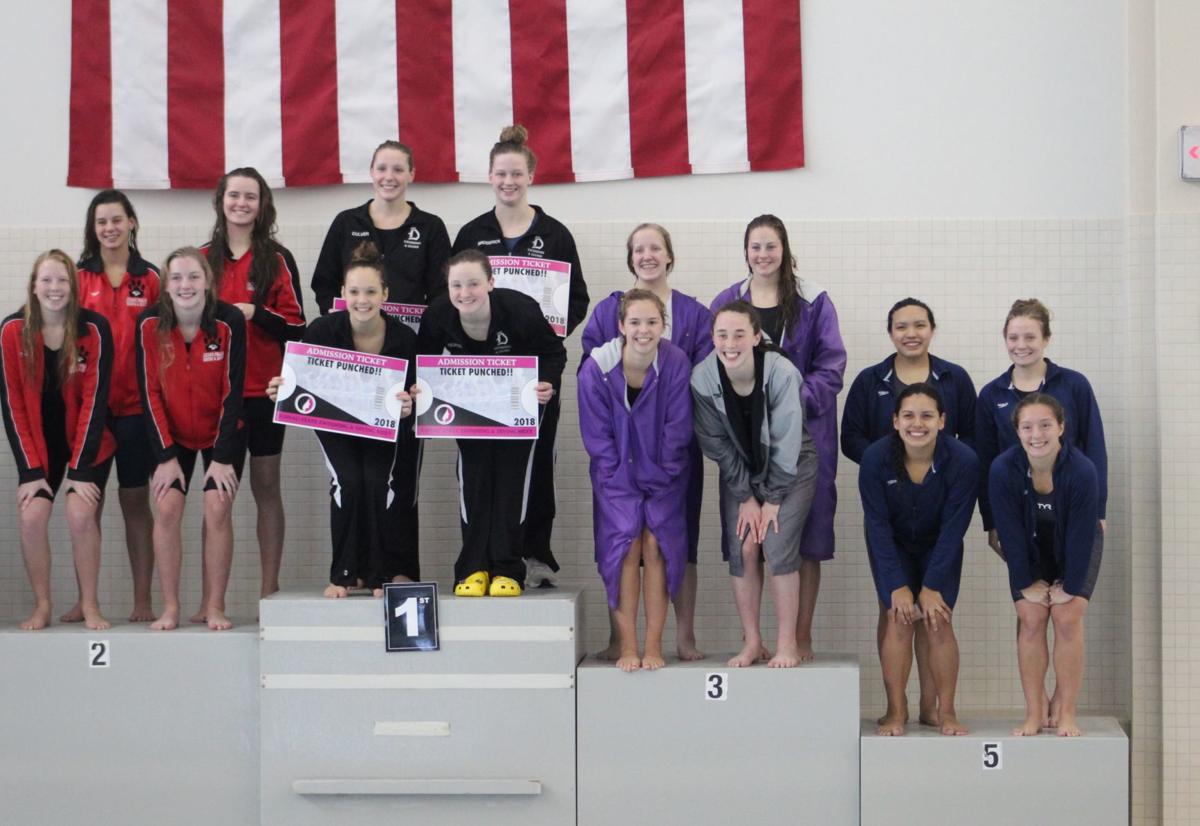 Muscatine's Abby Lear turns to check her time after reaching the wall in the 50 freestyle at the regional swim meet in Grinnell last year. Lear is coming off a season in which she qualified for state in three events.

Not only had freshman Abby Lear secured a guaranteed spot at the state meet in the 50 freestyle and 100 freestyle, but Muscatine’s 400 freestyle relay team of Lear, Hope Reichert, Sarah Schoer and Jillian Hilbrant put themselves in a good position to qualify, and significant time drops were a common theme throughout the day for the Muskies.

Starting with a sixth-place finish in 2 minutes, 2.82 seconds by a 200 medley relay team of Reichert, Ellie Storr, Hilbrant and Hannah Michaelsen, the Muskies dropped time in 88.5 percent of entries. Collectively, they dropped 2 minutes, 18.83 seconds from their seeded times across 23 of the 26 entries.

“We had some fantastic results up and down the line,” Anderson said. “Everybody dropped huge amounts of time. I can’t wait to see the results, compare and analyze. … I couldn’t have been happier with the performances.”

In the end, it was certainly worth the early-morning and more than 100-mile trek from Muscatine to Grinnell College.

“It feels really nice just working together as a team and always having them behind my back to really push me and give me the emotional support and physical support,” Lear said of qualifying for state. “It’s great.”

While Lear’s times in the 50 and 100 met the automatic qualifying standards, the 400 relay team would have to wait until later in the day to find out if its 8.68-second time drop would be enough to punch another ticket.

The time was good for 28th out of 32 qualifiers in the event, according to the tentative list that the Iowa Girls High School Athletic Union released Saturday evening.

“I think (Lear’s) happy because she’ll have some buddies there with her at the same meet,” Anderson said. “She’s been swimming probably since she was born. She’s from a swimming family. Her great-grandfather was my assistant coach for many years, her mom swam, her grandma swam for me and her aunts and uncles swam for me.”

Genevieve Millage added a fifth appearance on the podium for the Muskies, finishing fifth in the 500 freestyle in 5:40.34 and was a member of the 200 freestyle relay team that also included Lear, Schoer and Michaelsen, and finished fifth in 1:47.96.

But the start of the program-wide improvements for the Muskies started before Saturday. Lexi Hirt finished sixth in the 1-meter diving competition Thursday with a 336.65 score and missed qualifying for state by less than five points in her first season diving.

“(Hirt’s) very courageous,” Anderson said. “She’s willing to go out there and try anything. I think we watched her hit flat on her back 25 times in a row one time. She was determined she was going to do it, and we need all these kids to get that kind of a approach.”

As a team, Muscatine finished fourth overall with 232 points. Dowling Catholic won the title with 539 points.

The state swim meet will take place Friday and Saturday at the Marshalltown YMCA.

Never miss a score. Get your first 3 months for $3!