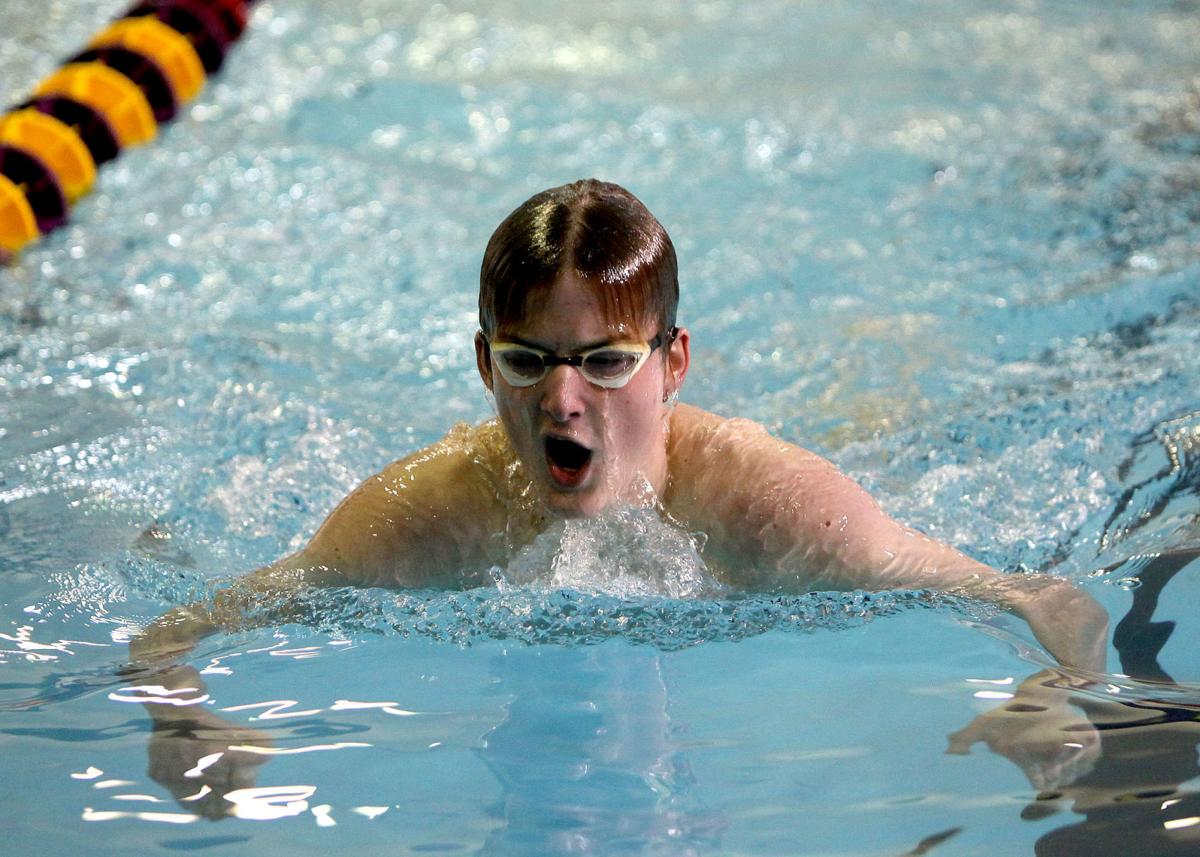 Muscatine's Ethan Heth swims the breaststroke leg of the 200 individual medley during the Muskies' home triangular against Davenport West and Williamsburg earlier this season. 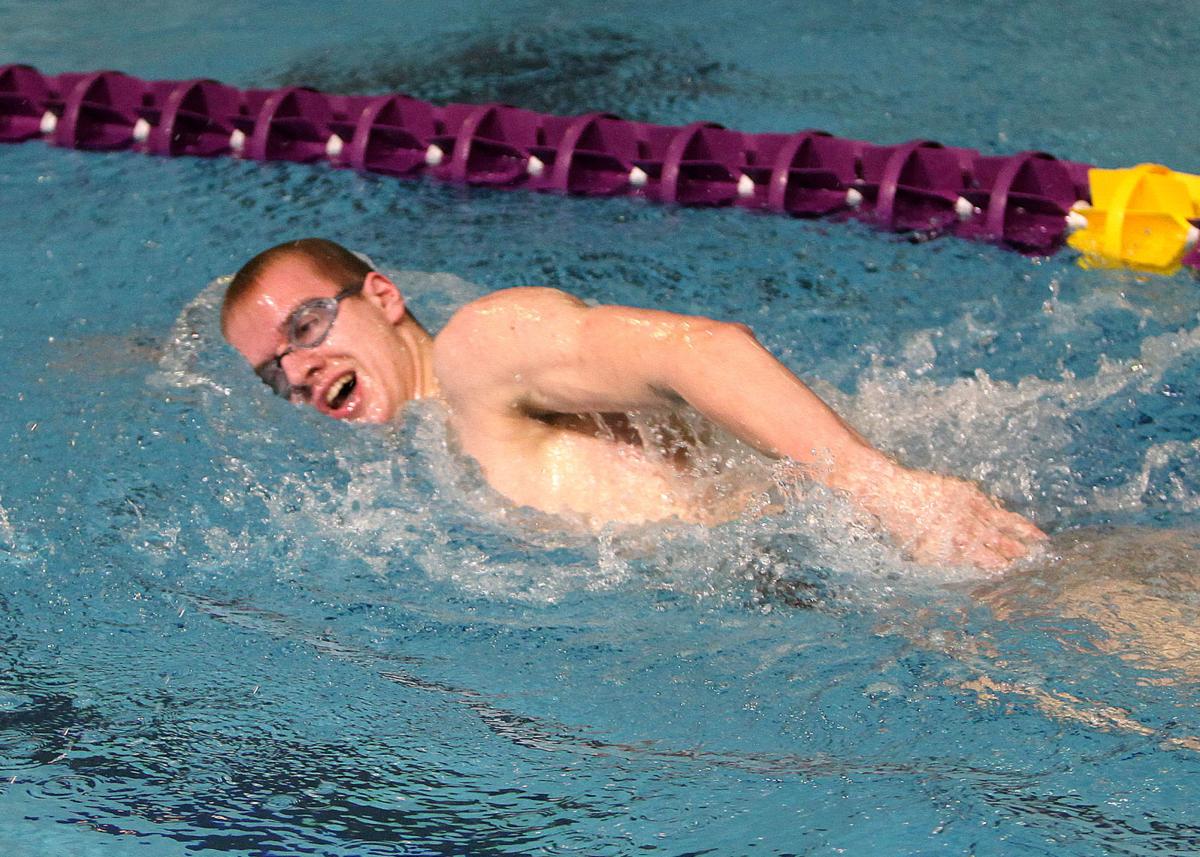 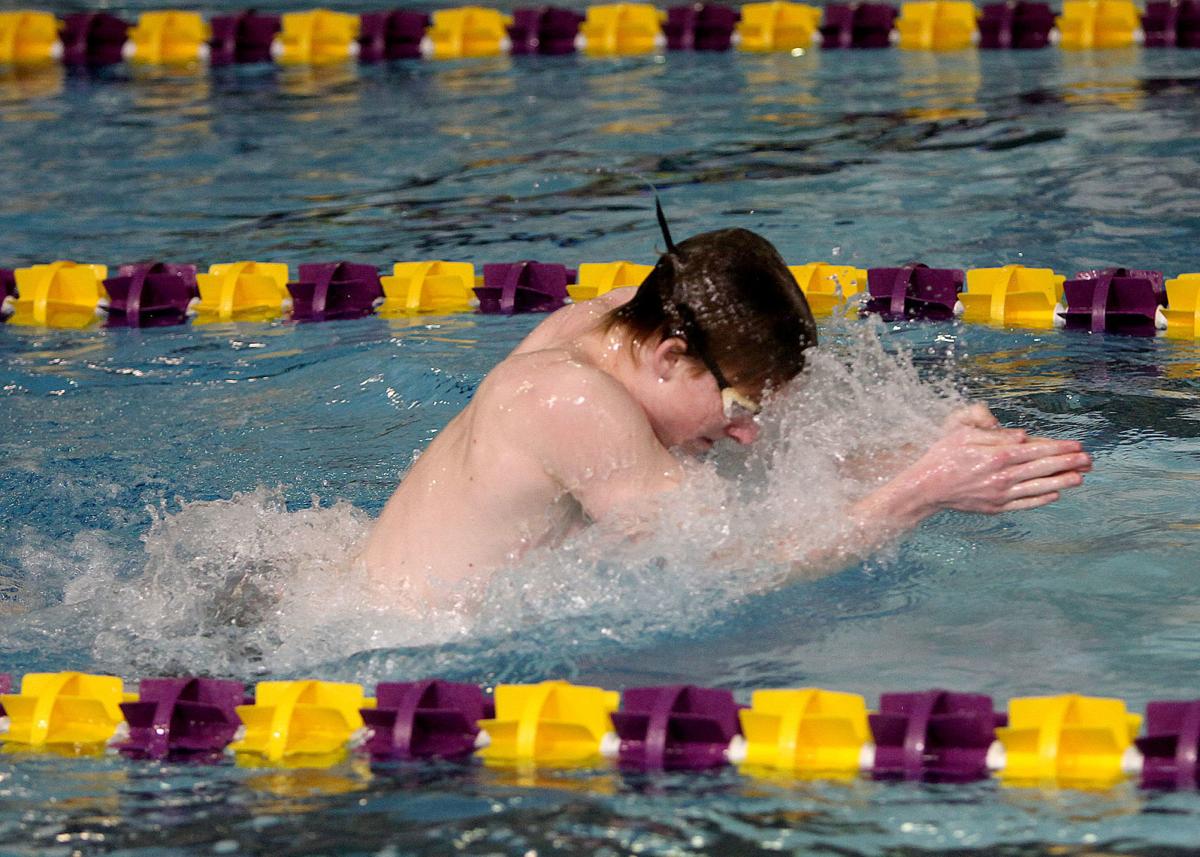 This season, only one of the swimmers from that group wasn't lost to graduation and healthy enough to make it back to state.

However, Muscatine equaled last season's output by qualifying in the same number of events this season as they did a year ago.

Junior Ryan Boeding, who is the lone Muskie swimmer making a return trip to state, will compete in four events. It will mark Boeding's third trip to state.

"Ryan's sort of the veteran (as far as going to state)," said Muscatine head coach Judd Anderson. "But we also have three seniors that will be going for the first time."

A third-place finish at the district meet in Clinton in the 50 free, in a time of 21.31, and a fourth-place 48.59-second finish in the 100 free were both enough to advance Boeding.

The Muskies will send a group to compete in the 200 freestyle relay for the second consecutive year.

At the 2019 state meet, the Muscatine relay took 13th in the 200 freestyle relay, finishing with a time of 1:29.83. Then, Boeding was swimming with Will Zililg, Wade Whiteside and Daylon Shelangoski. Three of the four graduated and Shelangoski was unable to compete this season following an injury suffered during football season.

This year, he enters the 50 free with the fourth-fastest seed time (21.31 seconds) behind Bettendorf seniors Charlie Bunn (who enters with the fastest seed time of 20.76) and Sam Mitvalsky as well as Diggory Dillingham, a freshman from Iowa City West, and senior Drew Hawthorne of Ames.

Seniors Ethan Heth and Lucas Burkamper, as well as sophomore Nolan Recker, make up the 2020 version of the Muskie 200 freestyle relay.

Heth, the only other Muskie to qualify for an individual event, will compete in the 100 breaststroke after his third-place finish at Clinton, in 1:01.85 (a personal best time), propelled him to state.

"But the times were very good and the kids were really excited. It was a really positive, upbeat meet with all the good performances we had (at Clinton)."

Alongside Boeding and Heth, senior Isaac Nichols and sophomore Nolan Recker will round out the 200 medley relay team.

"Nolan was a pretty good football player this past year," said Anderson. "We hope the two sports compliment each other (because) we'd like to have him to come back and be one of our go-to guys next season after we lose six seniors from this year."

Like the other relay squad, the 200 medley took fourth at Clinton, finishing with a time of 1:41.21.

The state meet will be held at the Health & Wellness Center on the University of Iowa campus on Saturday. It's the third straight year the university campus will be host to the event. The event starts at noon, with the competition starting after a presentation of events and teams.

Tickets: $10, cash only, can be purchased day of event

Muscatine's Ethan Heth swims the breaststroke leg of the 200 individual medley during the Muskies' home triangular against Davenport West and Williamsburg earlier this season.