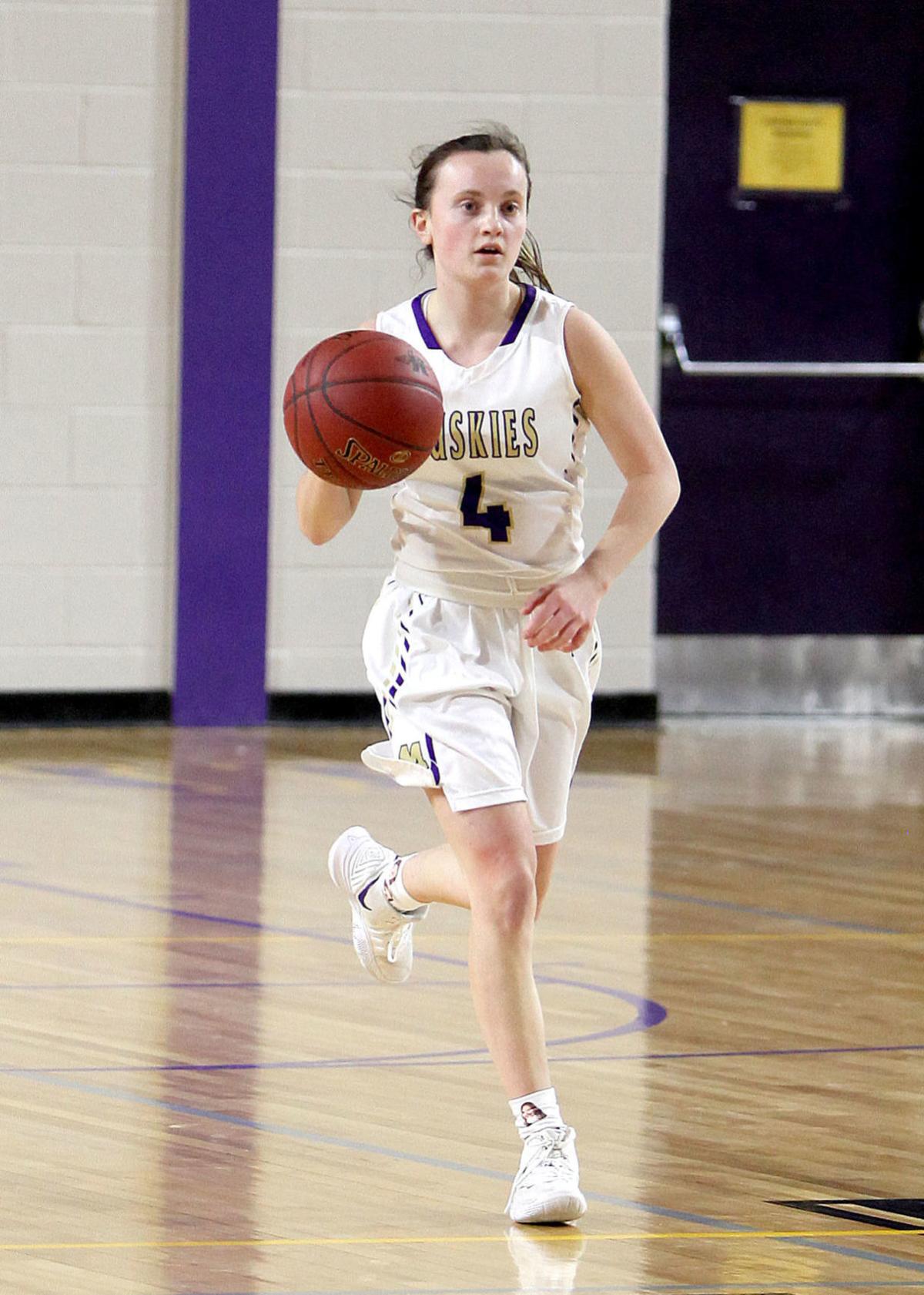 Zoey Long of Muscatine brings the ball up the court during the second quarter against Bettendorf on Tuesday. Long scored 27 points in the Muskies' 49-45 victory. 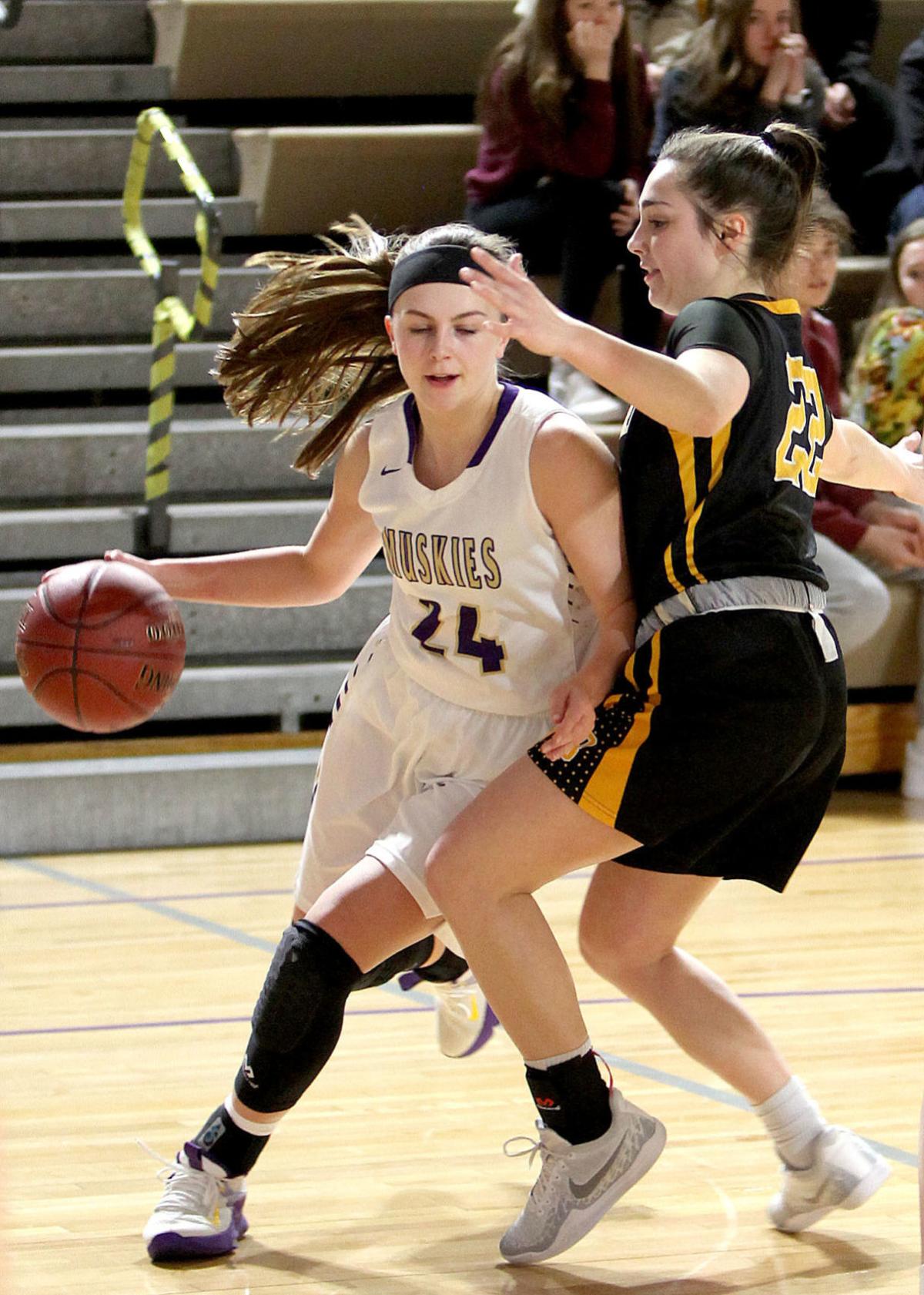 Emily Woepking of Muscatine drives the baseline during the first half Tuesday against Bettendorf. 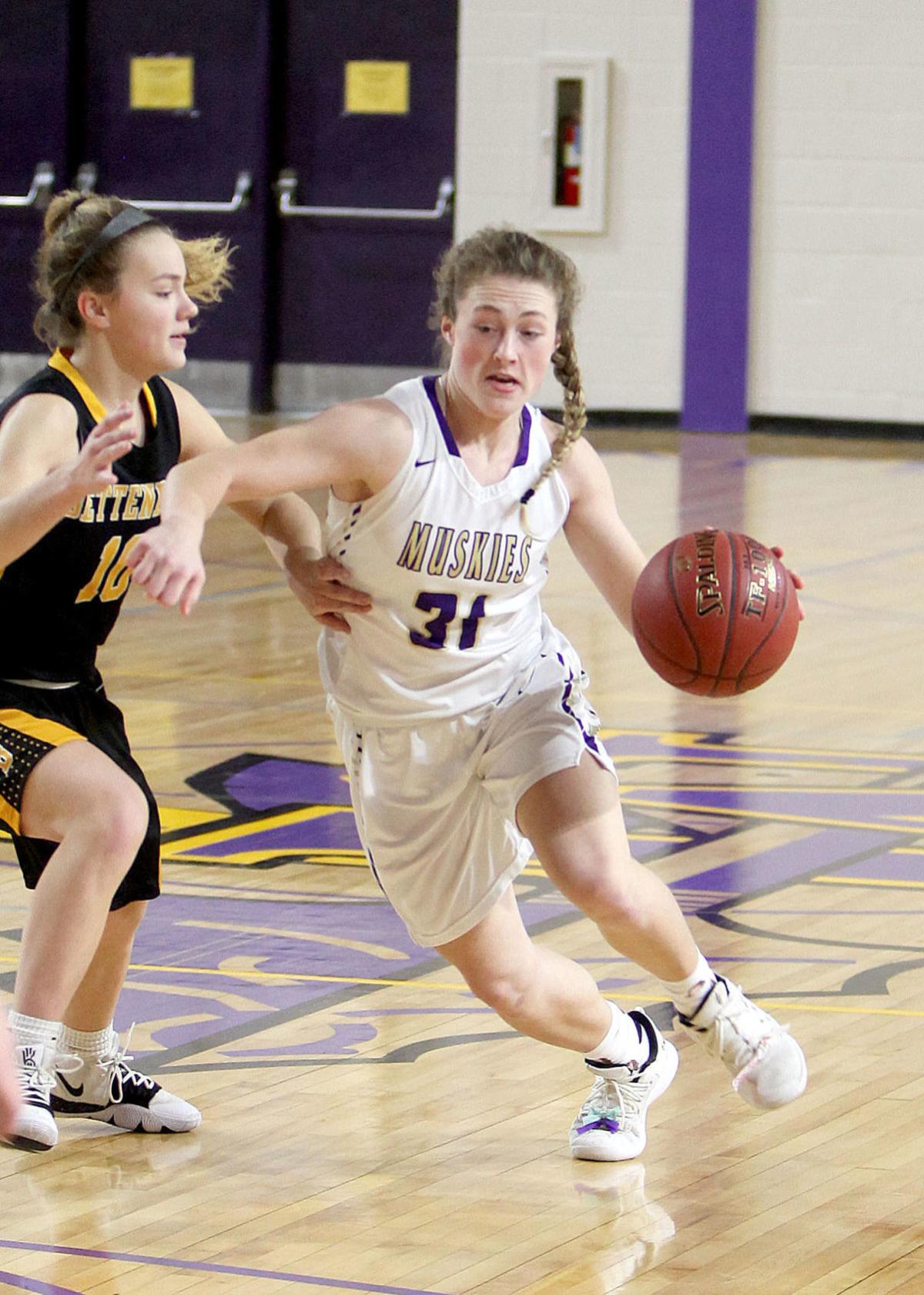 Rylie Moss of Muscatine drives the lane during the first quarter against Bettendorf. 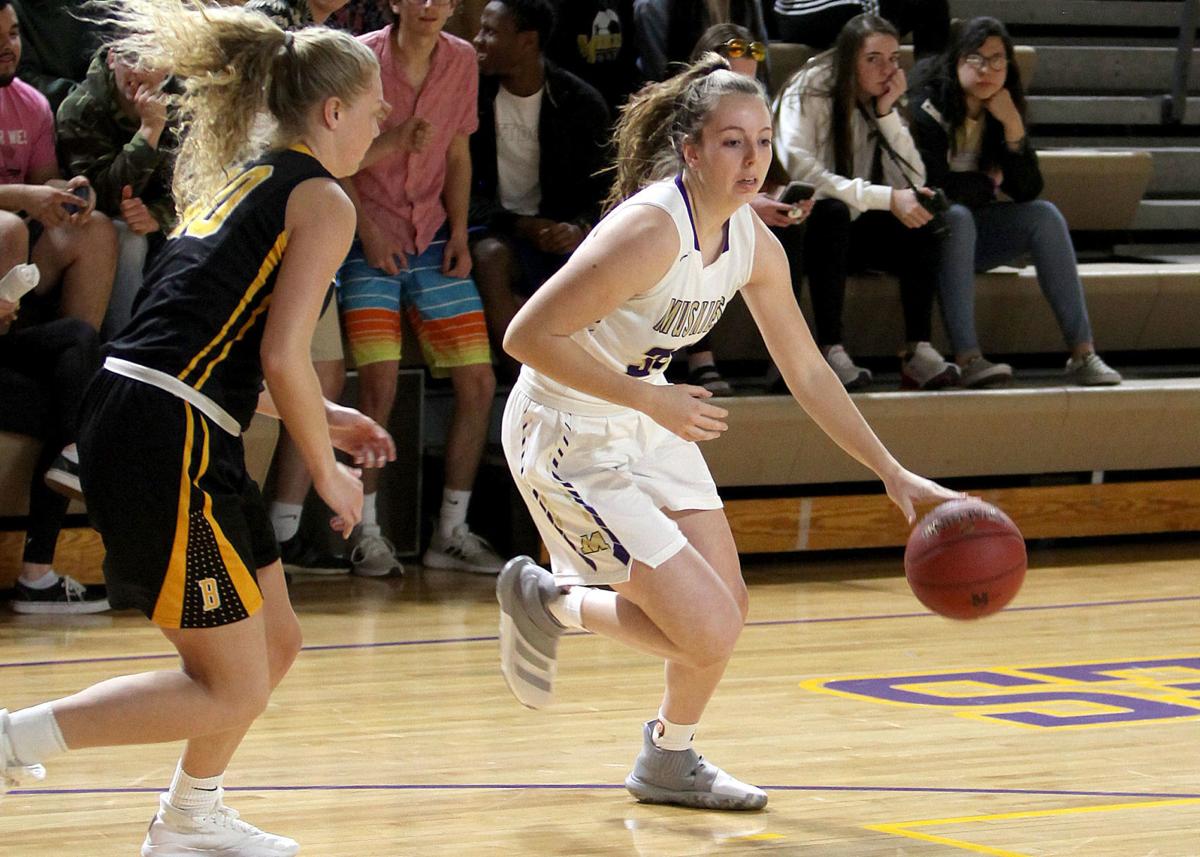 Avarie Eagle of Muscatine works the ball around the 3-point line during the first quarter Tuesday against Bettendorf.

Perhaps one reason is they’ve been a young team that’s relied on underclassmen.

Regardless, the Muskies played their last regular-season home game of the season against Bettendorf on Tuesday. The Muskies celebrated the career of senior Emily Woepking beforehand. And by the end, they may have found some of the confidence they’ve been missing in close games.

Tuesday night’s game featured nine ties and seven lead changes. However, despite all the back-and-forth, there was only one tie score in the third, and the Muskies never held a lead for those eight minutes. But Muscatine found their rhythm in the fourth, outscoring Bettendorf 18-10 in the final period to escape with a 49-45 victory.

“Hopefully this gives us some confidence,” Muscatine head coach Susan Orvis said. “We’ve taken a couple of hard lessons in late-game situations this year and it was nice to apply those. We’ve learned from those and they see the value in those hard lessons. But I thought we guarded well down the stretch (and) took care of the basketball.”

Muskie junior Zoey Long did much of the offensive damage for the Muskies in the final eight minutes. Long finished with a game-high 27 and was a perfect 3-of-3 from the field, all 3-pointers, and 4-for-4 from the free-throw line with all of those coming in the final 32 seconds of play.

“My teammates kept on telling me to shoot it,” Long said, “and they found me in good spots. I was just lucky enough to make them. We wanted to get this win for Emily and we were able to pull it out.

“Knowing that we didn’t beat (Bettendorf) the first time, this boosts our confidence now that we know we can play tough teams and win.”

Through the first three quarters, the Bulldogs held the lead at the end of every quarter, but could never manage to get any amount of separation from the Muskies.

Muscatine (11-9, 8-7 MAC) scrapped their way to stay within reach of Bettendorf throughout, turning small moments into plays that ended up meaning more than they seemed to at the time.

“A lot of the close games we’ve played before came down to free throws and turnovers,” Woepking said. “We did better at keeping the ball and closing out with those free throws tonight.

“I was glad this could be a team experience.”

Those small things added up, especially since the Muskies were playing without junior Madi Petersen, the team’s leading rebounder at 8.6 per game and third-leading scorer with 6.8 points per game.

Early in the first, Muskie junior Avarie Eagle missed a shot, but Woepking, surrounded by Bulldogs, was able to tap it out for junior Rylie Moss to secure. Moss got it to Long for her first 3 of the game to tie the game at five.

Despite leading for a majority of the game, the biggest lead Bettendorf (13-7, 10-5 MAC) could mount was four points, which they had with 7:16 left in the fourth. But that’s when Muscatine junior Emma Zillig drove the left side of the lane for a hoop and foul, making it a one-point game after converting the free throw.

Junior Ashley Fountain led the Bulldogs in scoring with 13.

“I’m so proud of our kids,” Orvis said. “They finally handled just one more detail tonight and finally got the result that they’ve earned. They really handled the situation well on both sides of the ball and I’m just really pleased with how they executed throughout the game tonight.”

Zoey Long of Muscatine brings the ball up the court during the second quarter against Bettendorf on Tuesday. Long scored 27 points in the Muskies' 49-45 victory.

Emily Woepking of Muscatine drives the baseline during the first half Tuesday against Bettendorf.

Rylie Moss of Muscatine drives the lane during the first quarter against Bettendorf.

Avarie Eagle of Muscatine works the ball around the 3-point line during the first quarter Tuesday against Bettendorf.