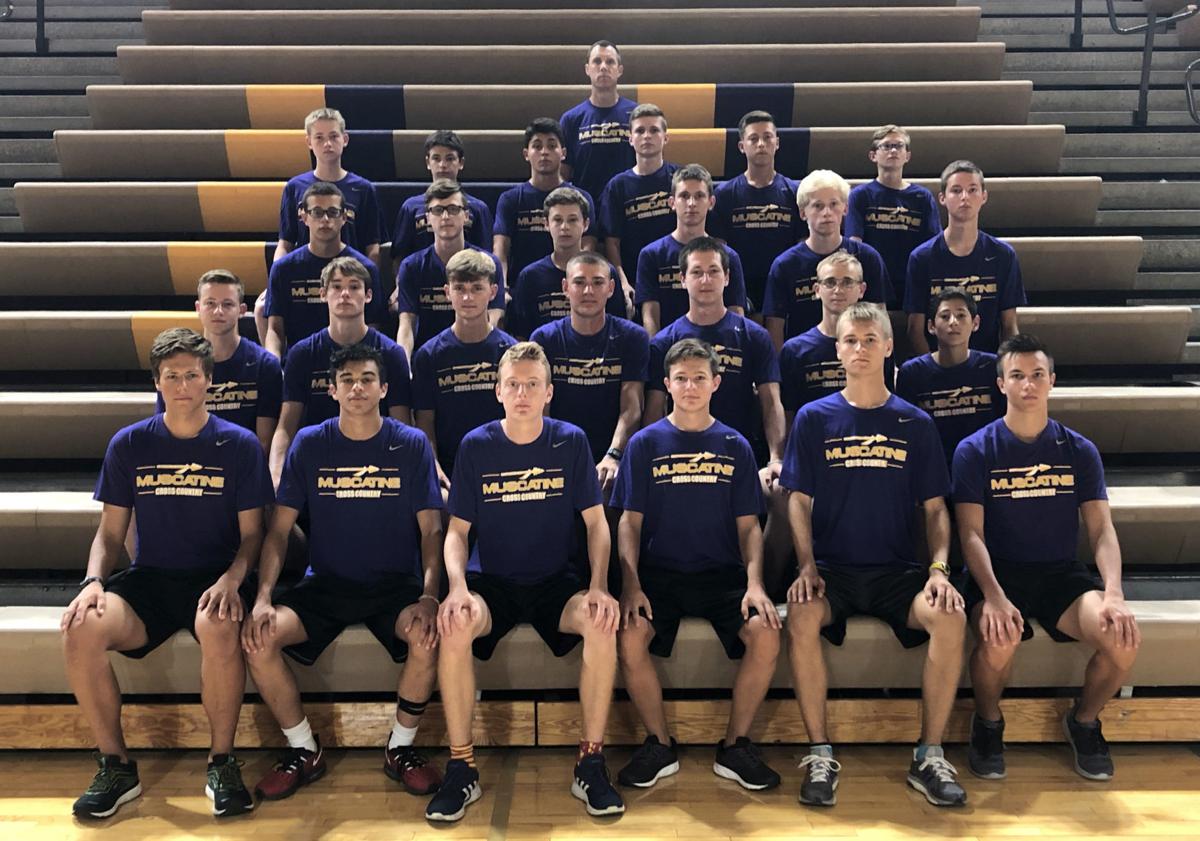 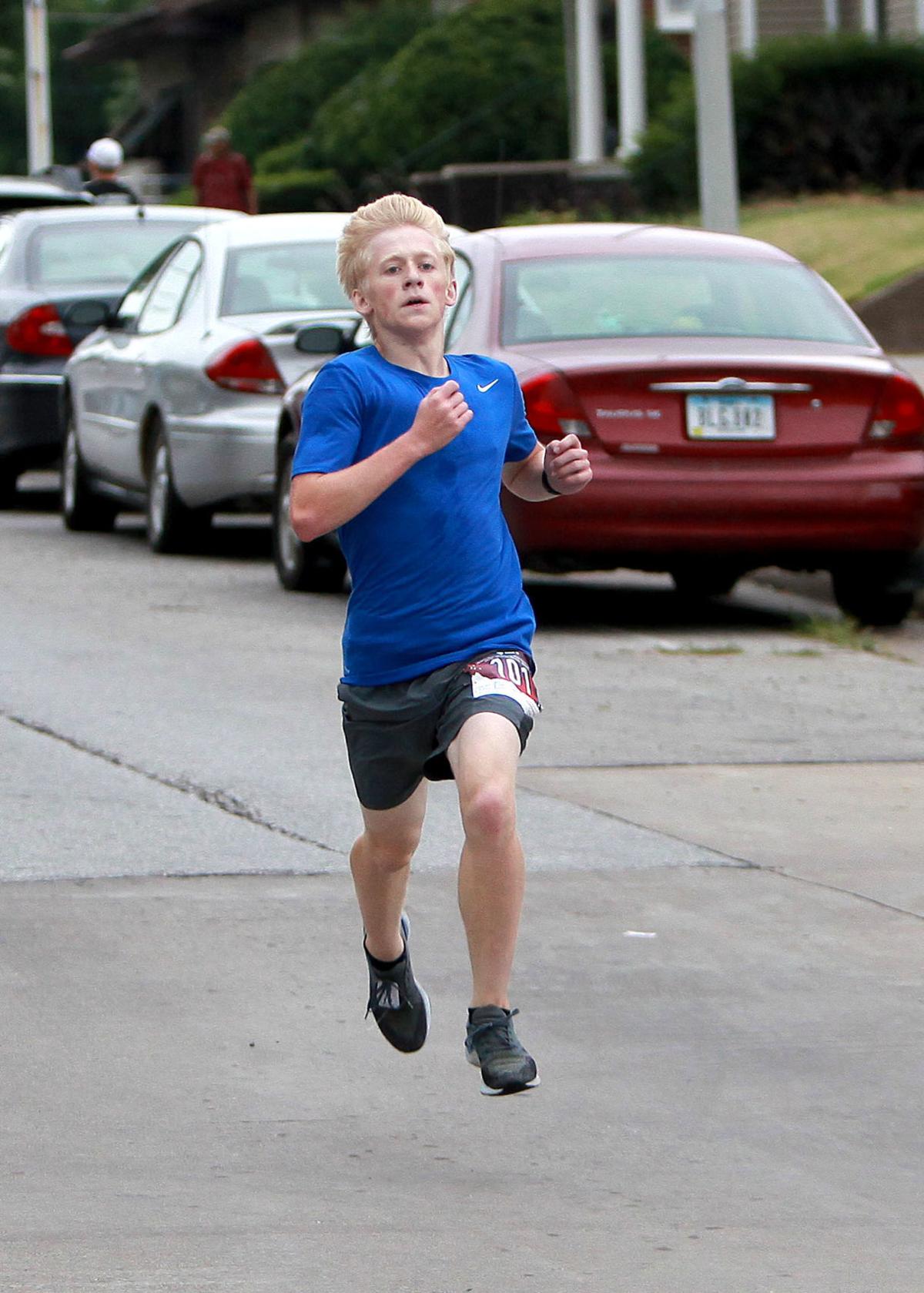 Muscatine High School sophomore Sam Gordon runs the Watermelon Stampede through downtown Muscatine on Saturday. Gordon was the top finisher in the under-39 5k male division with a time of 17:32.

Whatever the reason, believing you've underachieved is an unsettling feeling.

The Muscatine boys cross country team enters this season thinking it should have done better at the end of 2018, particularly with its fifth-place finish at the Mississippi Athletic Conference meet.

"Last year, maybe my expectations were out of place, I thought we were better than fifth place in the MAC," head coach Chris Foxen said. "One thing people overlook ... we got second in freshman/sophomore division last year, which is a good indicator. Now those kids are older."

Those who ran in that meet last season feel the same way.

"Our biggest team goal is to beat a few more teams that finished ahead of us last year at MAC," senior Eli Roeth said. "We got handled last year, so this is kind of a comeback year. We want to beat a couple teams that got us last year."

Muscatine failed to have any runner place in the top 20 at MAC. The top Muskie finisher was Tevin Tovar, who graduated and will leave a big spot to fill for this year's team. The Muskies were consistent with their slowest runner placing 29th.

Ideally, the team would like to keep that consistency with across-the-board time improvements.

Thus far, the Muskies believe they've put in the offseason work to make their goals happen.

"I think we only had like three kids who didn't show up to summer running," junior Trevor Diederichs said, "so that means the program is really building up and kids really want to be here."

In order to build it up, however, there's a shared responsibility on the Muskies squad to pick up the slack left by graduated teammates of last season.

"I think we have a lot of consistent kids this year," senior Aiden Daufeldt said. "We just want to come in and practice hard every day and keep in that mindset."

To get to where they want, the upperclassmen already have some specific times to beat in mind.

"My personal goal, since it's my last season, is to get under 17 minutes," Roeth said.

And the Muskies didn't waste time seeing where they measure up to their goals. The team used Muscatine's Watermelon Stampede race earlier this month to test where they're at fitness-wise.

"We had seven guys under 18:30 (at the Watermelon Stampede), and that's a great indicator this time of year," Foxen said. "We need to carry that over to the grass. The grass adds a little more difficulty."

But Muscatine welcomes that difficulty with open arms.

The journey to where the Muskies want to get this year will undoubtedly bring unforeseen obstacles. However, Foxen thinks Muscatine has the right mix to get there.

"This team is pretty diverse," the Muskies head coach said. "We have some young guys that bring enthusiasm and we have real leadership from our upperclassmen. We have really good depth this year compared to years past.

MUSKIES AT A GLANCE

Fast fact: The Muskies had nine members of their team finish the city's Watermelon Stampede 5K race in under 19 minutes, including their coach, who ran the course in 18:18.

Muscatine High School sophomore Sam Gordon runs the Watermelon Stampede through downtown Muscatine on Saturday. Gordon was the top finisher in the under-39 5k male division with a time of 17:32.