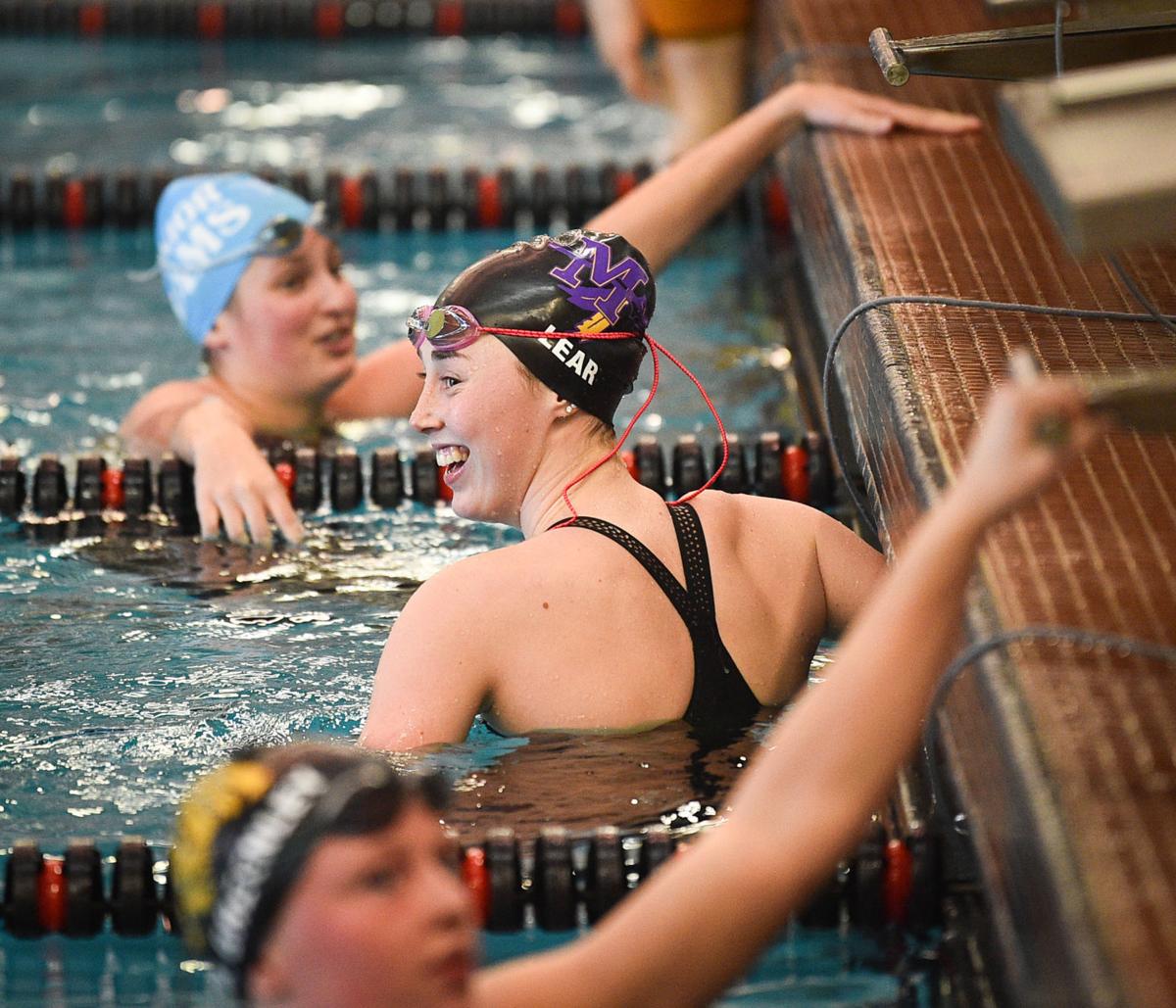 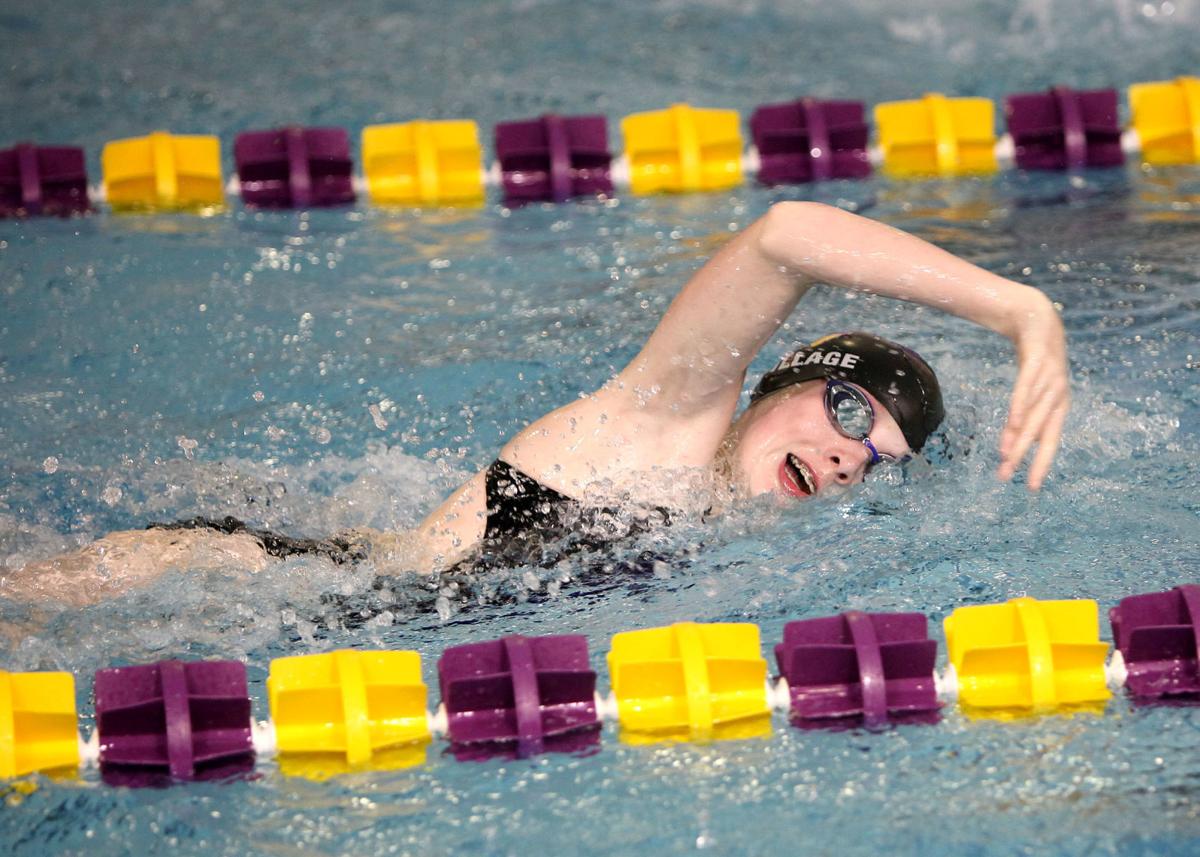 Genevieve Millage of Muscatine swims the 200 freestyle at a Muscatine home meet earlier this season. 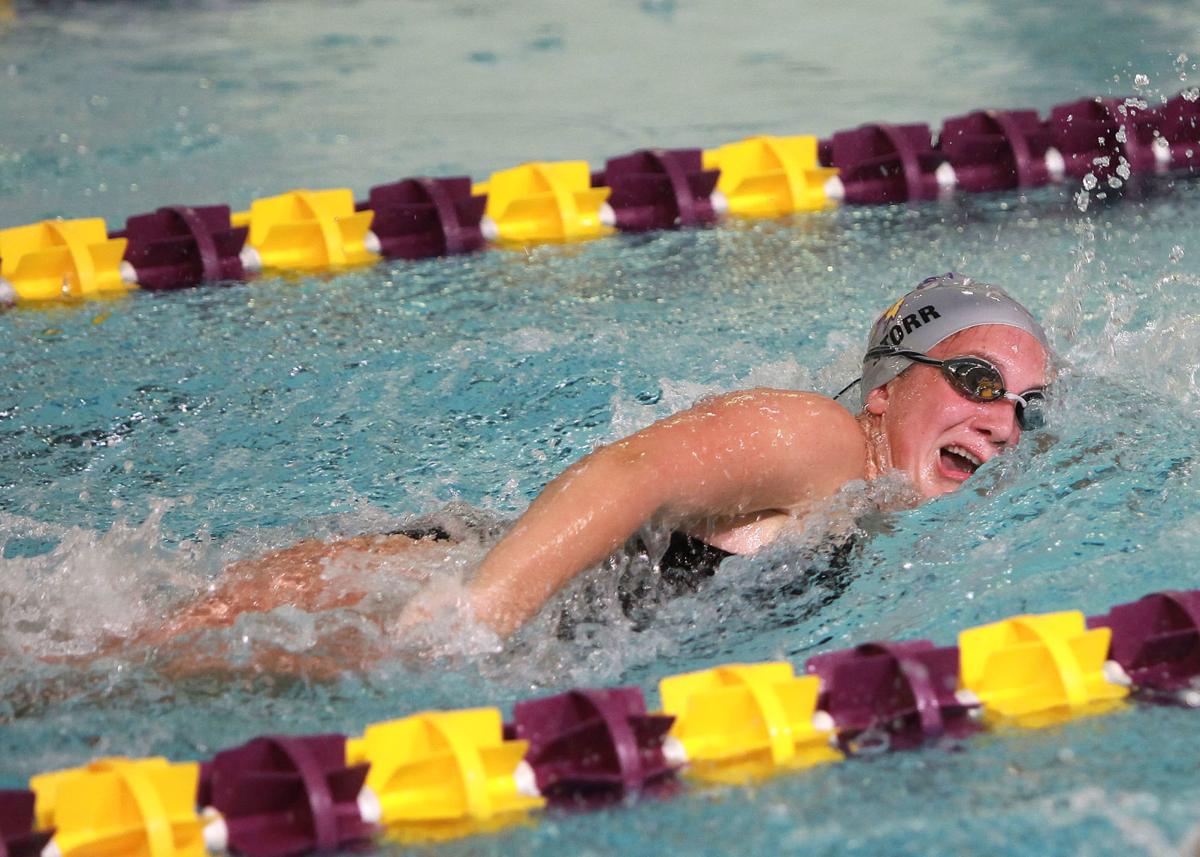 Ellie Storr of Muscatine takes first place in the 50 freestyle with a time of 27.35 seconds during a Muscatine home meet earlier this season. 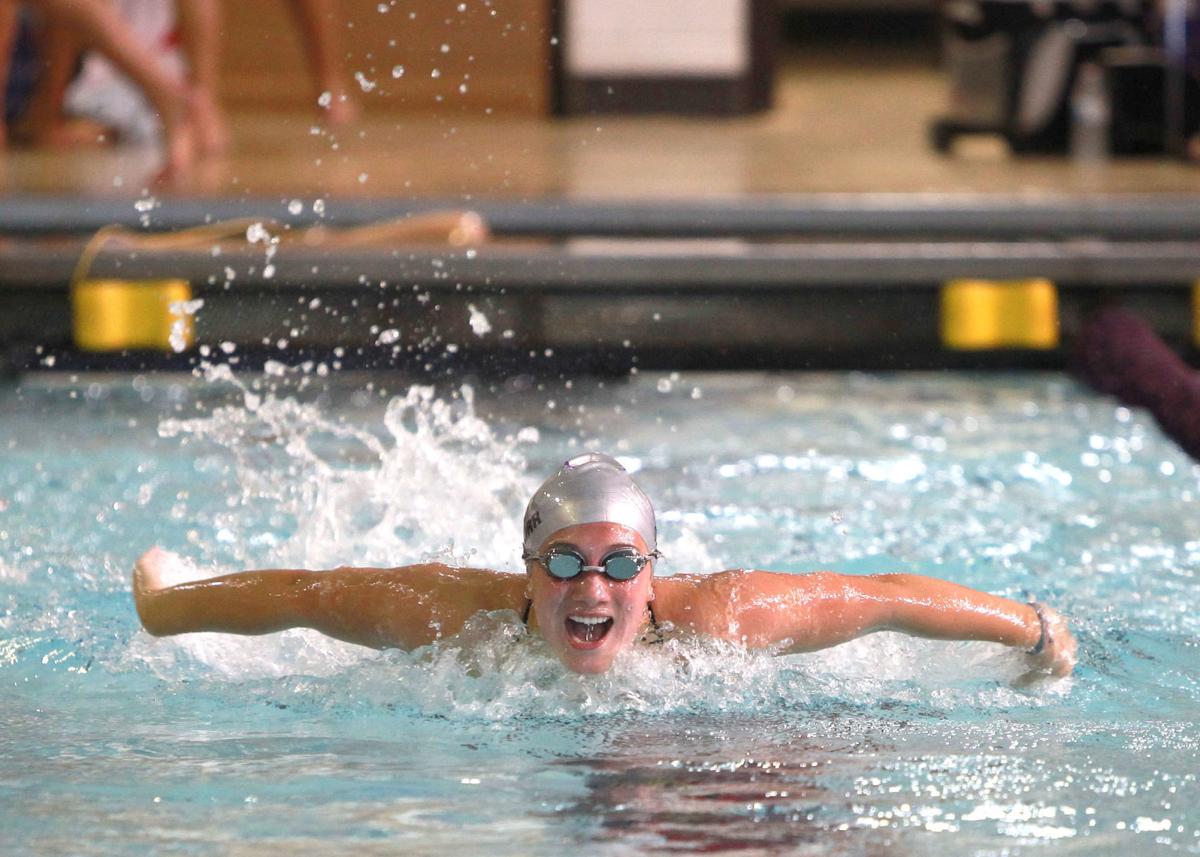 The Muskies' Ellie Storr swims the fly stroke in the 200 IM during a Muscatine home meet earlier this season.

Genevieve Millage of Muscatine swims the 200 freestyle at a Muscatine home meet earlier this season.

Ellie Storr of Muscatine takes first place in the 50 freestyle with a time of 27.35 seconds during a Muscatine home meet earlier this season.

The Muskies' Ellie Storr swims the fly stroke in the 200 IM during a Muscatine home meet earlier this season.

The Muscatine girls swimming and diving team has accomplished quite a lot given how young the team is.

For proof, look no further than the fact they are sending five athletes to compete at the state competition, which starts at 11 a.m. on Friday in Marshalltown. Furthermore, none of those five are seniors.

“I’m really proud of everybody,” sophomore Abby Lear said. “It just feels like a really big accomplishment, especially as a team. It feels good to get there.”

Muscatine will be sending two juniors and three sophomores.

To top it off, the Muskies feel as if they are just now hitting their stride, as the team set several personal bests at the state qualifying meet in Clinton last Saturday.

“You can’t ask for anything more than that,” said Muscatine head coach Judd Anderson. “It was a very tough region.”

“I think it showed how hard we worked,” junior Lexi Hirt said. “Last year, I missed state by (about) eight points, so this year, to qualify, it was really big for me.”

Lexi Hirt, a junior, qualified in the diving competition. Her qualifying score of 395.85 has her seeded 21st out of 32 competitors.

The state diving competition includes three rounds and cuts from the initial 32 to 20 after the first five attempts, then down to 16 after three more dives for the final round. So divers must balance doing dives to make sure they can advance while still saving something should they indeed move on.

“Our goal is to really concentrate on the first five dives (at state),” Muscatine diving coach Triscia Klein said.

Lear will compete in three events at state. She qualified in the 50-yard freestyle with a time of 24.10; the 100-yard freestyle, which she swam in 53.20 seconds in Clinton, and as part of a 400-yard freestyle relay that also includes Ellie Storr, Jillian Hilbrant and Genevieve Millage. Lear ranks in the top-10 qualifiers in both individual events she’ll be competing in.

In the 50 freestyle, Lear's qualifying time is just 0.8 seconds slower than the favorite going in, senior Jasmine Rumley of Ankeny.

Last season at state, Lear finished 13th in both the 50 free and 100 free as a freshman. She was also part of a 400-yard freestyle relay that also included Hilbrant and finished 22nd with a time of 3:47.80. The relay team’s qualifying time this year is 3 1/2 seconds faster than its state time a year ago.

“We are so, so excited to get to go,” said Hilbrant, a junior. “All of us have been swimming for a really long time. So being so young is cool, but we’ve also been training for this for such a long time.”

Besides the relay, Storr will also be competing in the 200-yard individual medley.

While the Muskies are off to state without a senior in sight, sending a robust number has made things a little easier on the Muskies as they prepare for state.

“It’s nice to go (this season),” Hirt said, “but it’s exciting to know we have another year or two to reach our potential.”

WHERE: YMCA in Marshalltown, IA