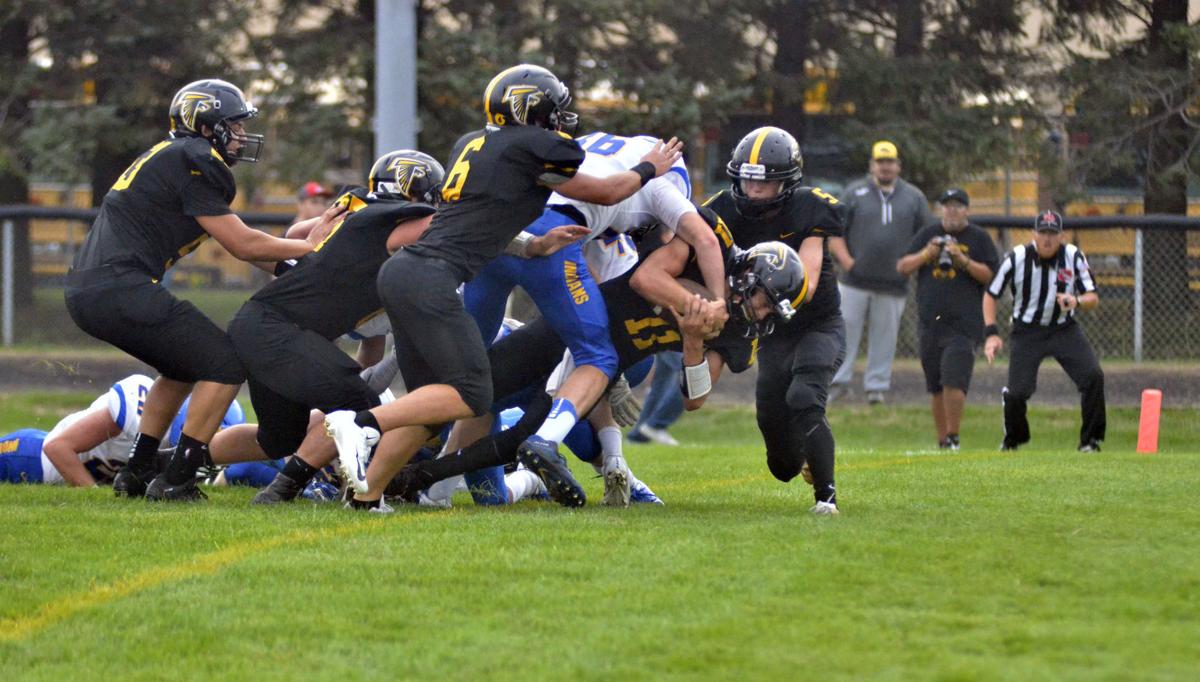 Louisa-Muscatine quarterback Chase Kruse (11) bullies his way into the endzone in a game against Wapello last season. 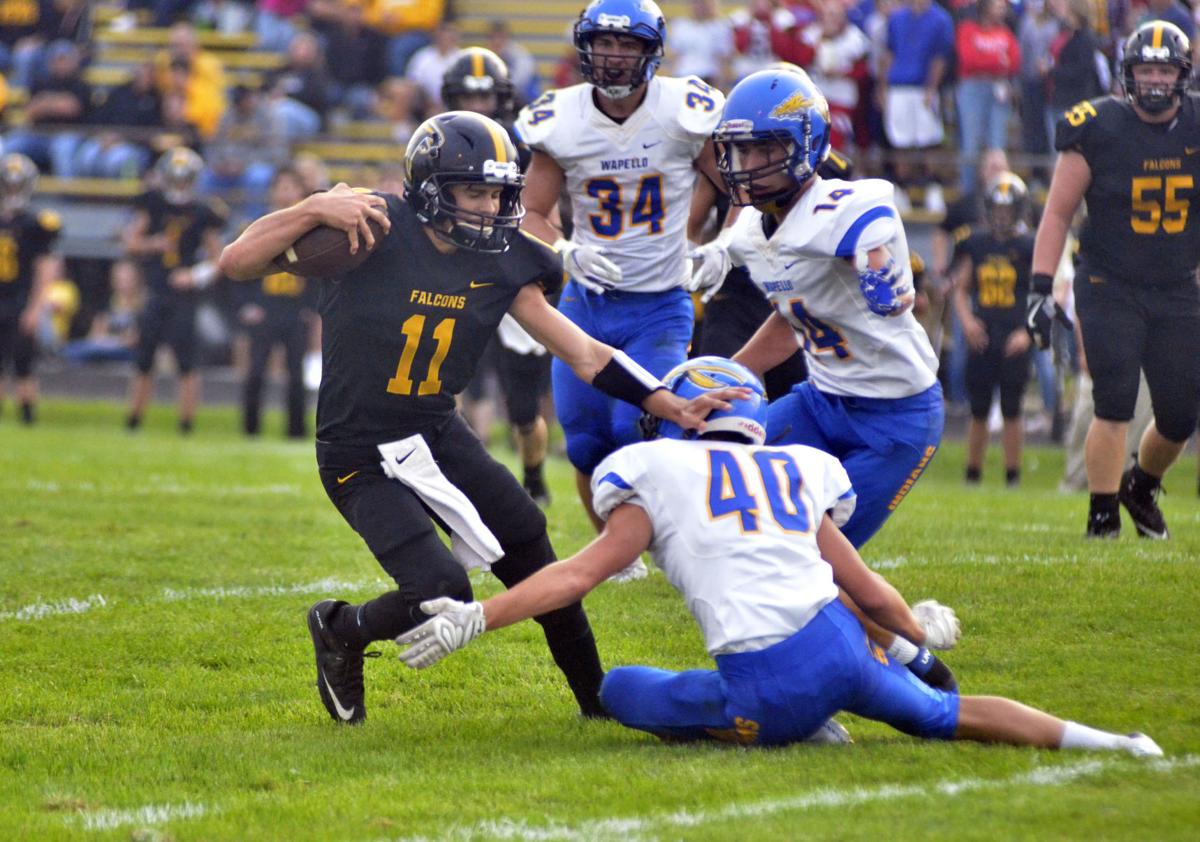 Bringing in a new varsity quarterback comes with a lot of unknowns.

But it doesn’t necessarily have to be coupled with nervous anxiety. Ushering in a new era of signal-callers can come with exciting anticipation and endless possibilities.

Several area schools are dealing with just that situation. Many teams have aspirations of postseason play. But in order to get there, they will need to find a measure of consistency from their new quarterbacks.

Louisa-Muscatine is the area’s lone exception.

The Falcons will have the luxury of bringing back Chase Kruse under center. Last season, Kruse completed 68.2 percent of his passes. However, the Falcons quarterback did a lot of his damage on the ground, running for a team-best 872 yards.

Kruse threw seven touchdowns to eight interceptions. L-M may opt to stick with the run-heavy attack, but they may need that touchdown-to-interception ratio to improve on 2018’s 3-6 record.

At this point, West Liberty appears to be the only other school that isn’t entirely decided on which of their new quarterbacks will be under center when they play their first game Friday night.

“We’re fortunate to have two quarterbacks we feel comfortable with behind center,” Comets head coach Jason Iske said. “Talen (Dengler) is a senior who has never really played QB, but brings good leadership and intelligence. Caleb Wulf, a sophomore, is a more experienced quarterback who is getting used to running a varsity offense against faster varsity defenses.”

For the Wilton Beavers, they believe their next quarterback is somewhat of a replica of their old one, which should make filling the hole left by the graduated Jerome Mays a bit more manageable.

“Mason Ormsby (sophomore) will be our starting QB. His skill set is very similar to Jerome’s,” head coach Ryan Hetzler said. “He’s extremely explosive and throws a nice ball. He has really emerged as a leader for our team early this season.”

For Columbus, Durant and Wapello, their quarterback entering the season was relatively clear-cut. And each hopes that their new signal-caller can find similar success to the players who occupied the position in the past.

Columbus brings in Bawi UK to replace Chance Colby, who is now playing at William Penn. Though the Wildcats didn’t throw much last season and used Colby essentially as an additional running back, new head coach Tyler Kibbee may want to be less dependent on his quarterback to generate yards on the ground.

Wapello looks to replace Noah Holland, who completed 68 of 139 passes a season ago for 812 yards and nine touchdowns against six interceptions. Holland also added 148 rushing yards on 28 carries.

Sophomore Tade Parsons will step into that role surrounded by lots of returning players around him. The Indians finished last season with a winning record and aim to improve on a 5-4 mark. Parsons is an integral part of that.

Lafrenz threw 20 touchdowns a season ago with just six interceptions on 1,734 passing yards. Head will have a tall task filling that role, but Durant is confident in their new quarterback.

“(Keagan is a) very intelligent and heady player that both can run and pass,” head coach Joel Diederichs said.

Louisa-Muscatine quarterback Chase Kruse (11) bullies his way into the endzone in a game against Wapello last season.