Saints vs. Buccaneers: Follow the latest scores and highlights from the NFL playoffs 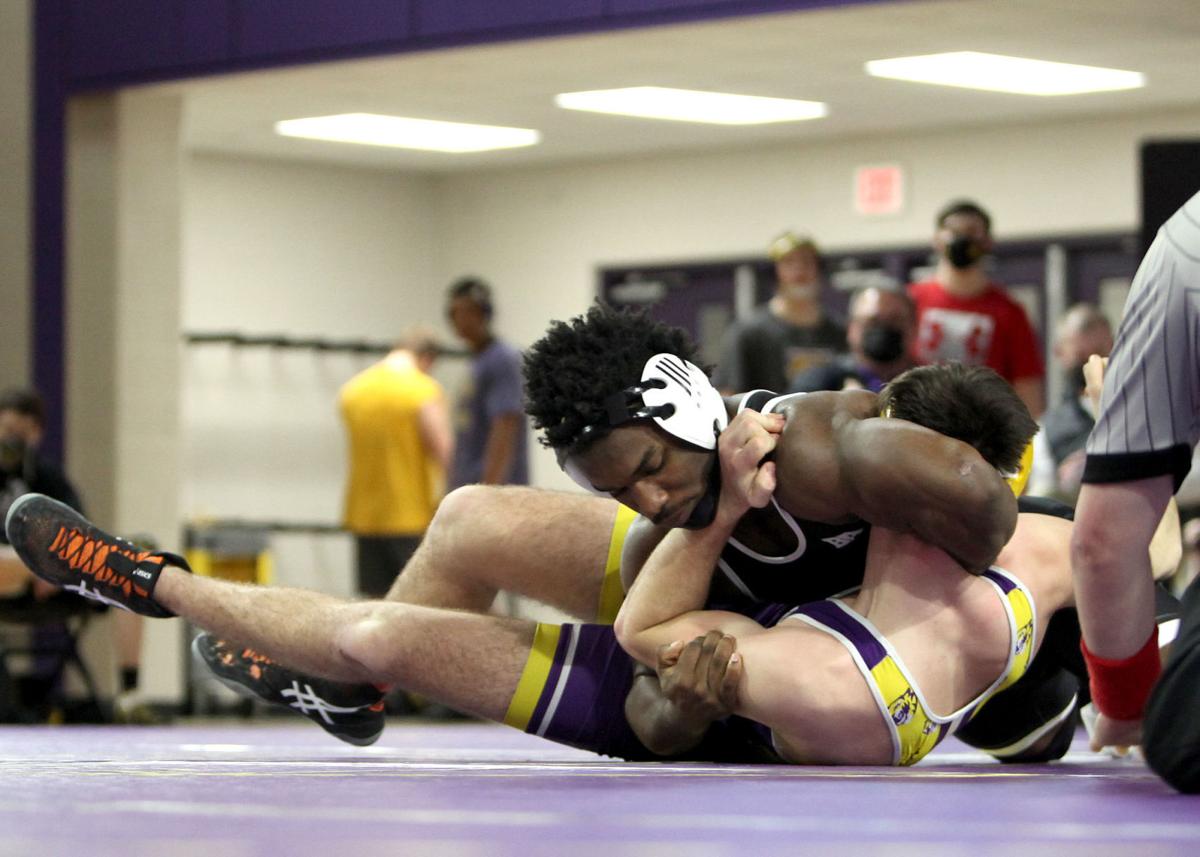 Muscatine's Tim Nimely scores the back points on his way to a pin of Central DeWitt's Peyton Morgan in 36 seconds during their 170-pound matchup Thursday. 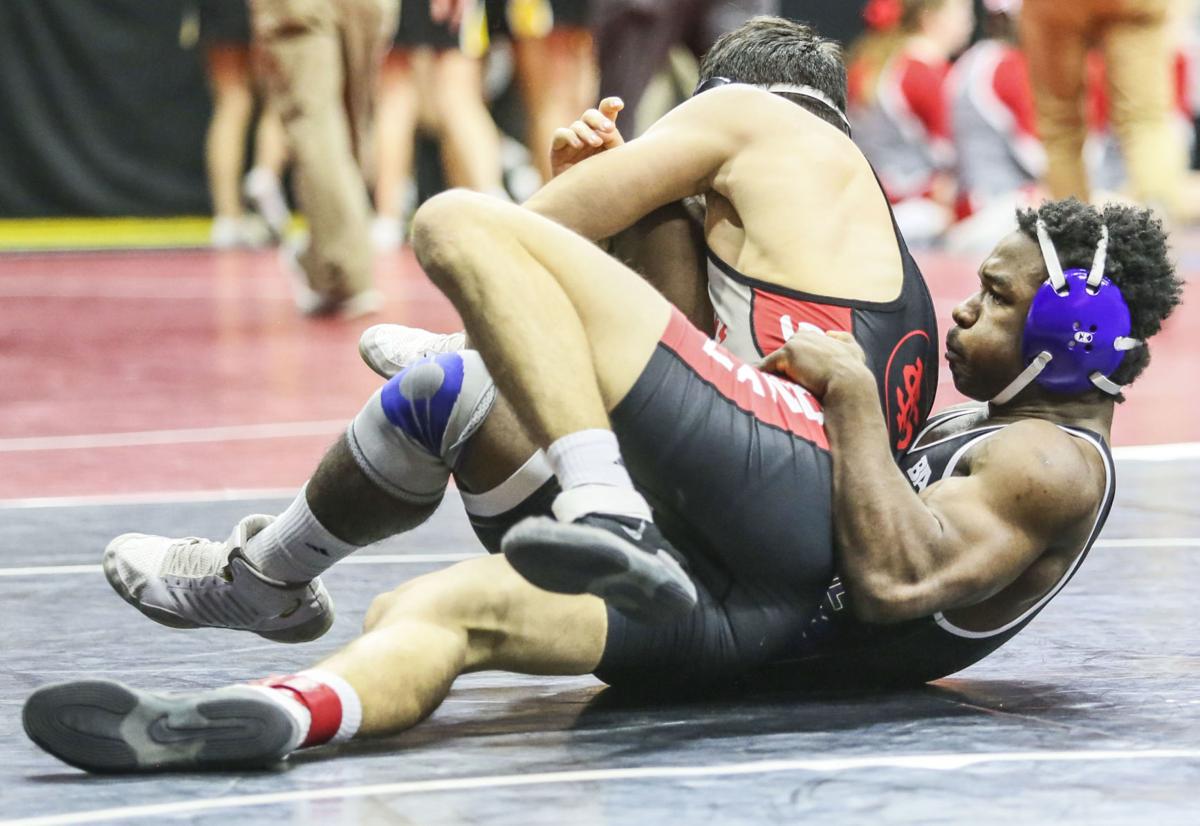 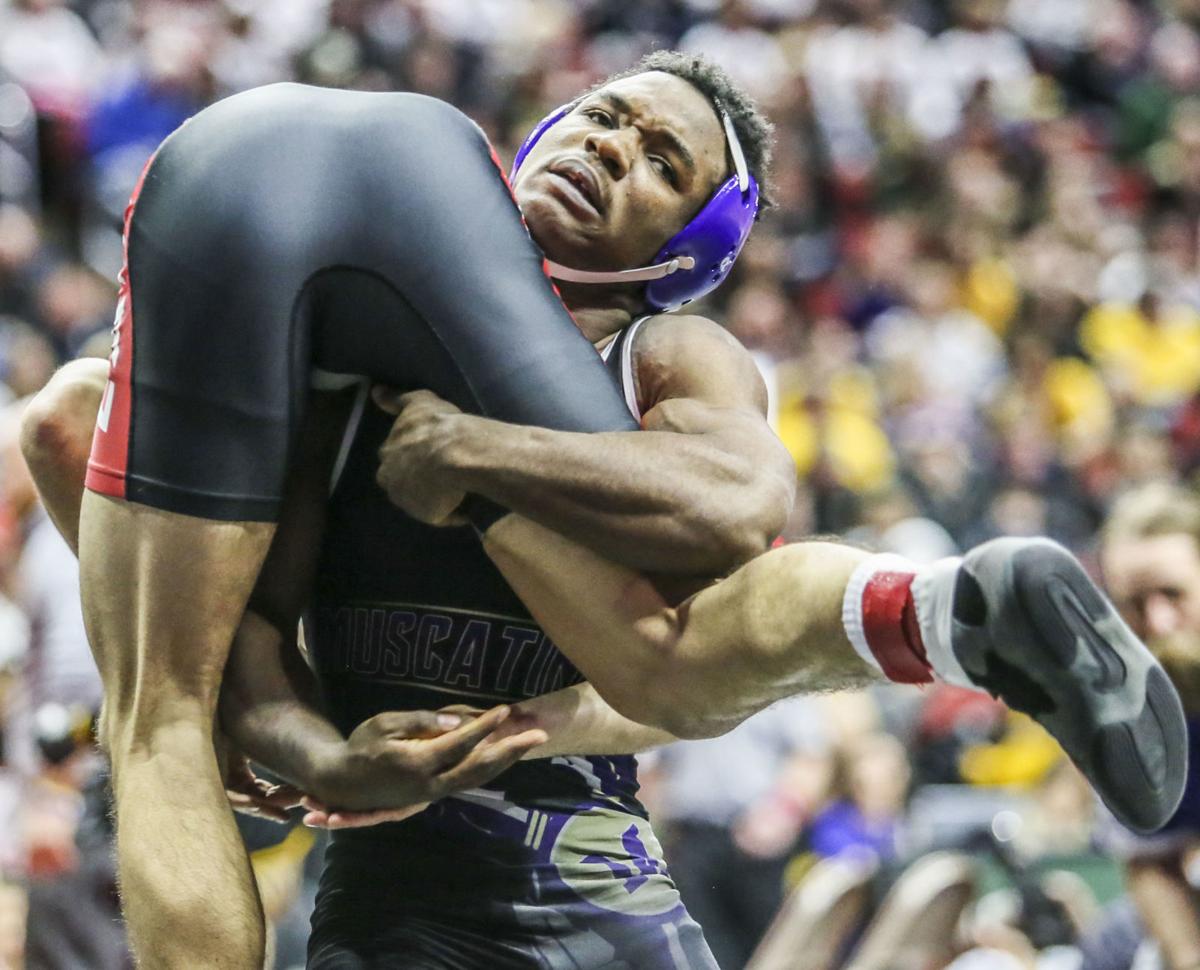 Muscatine's Tim Nimely picks up North Scott's Zach Campbell during their 170-pound match last year at the Class 3A state tournament in Des Moines. Nimely, a two-time state qualifier, is coming off a fifth-place finish a season ago. 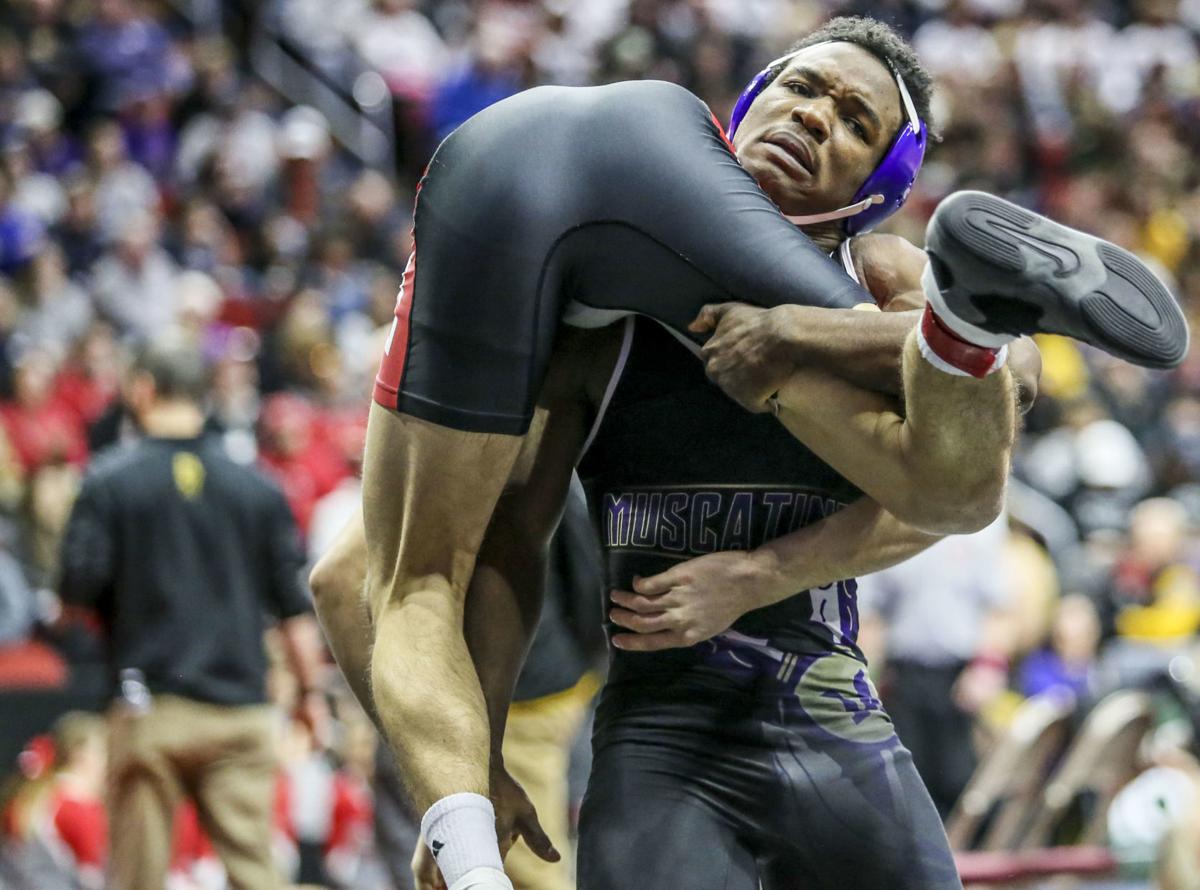 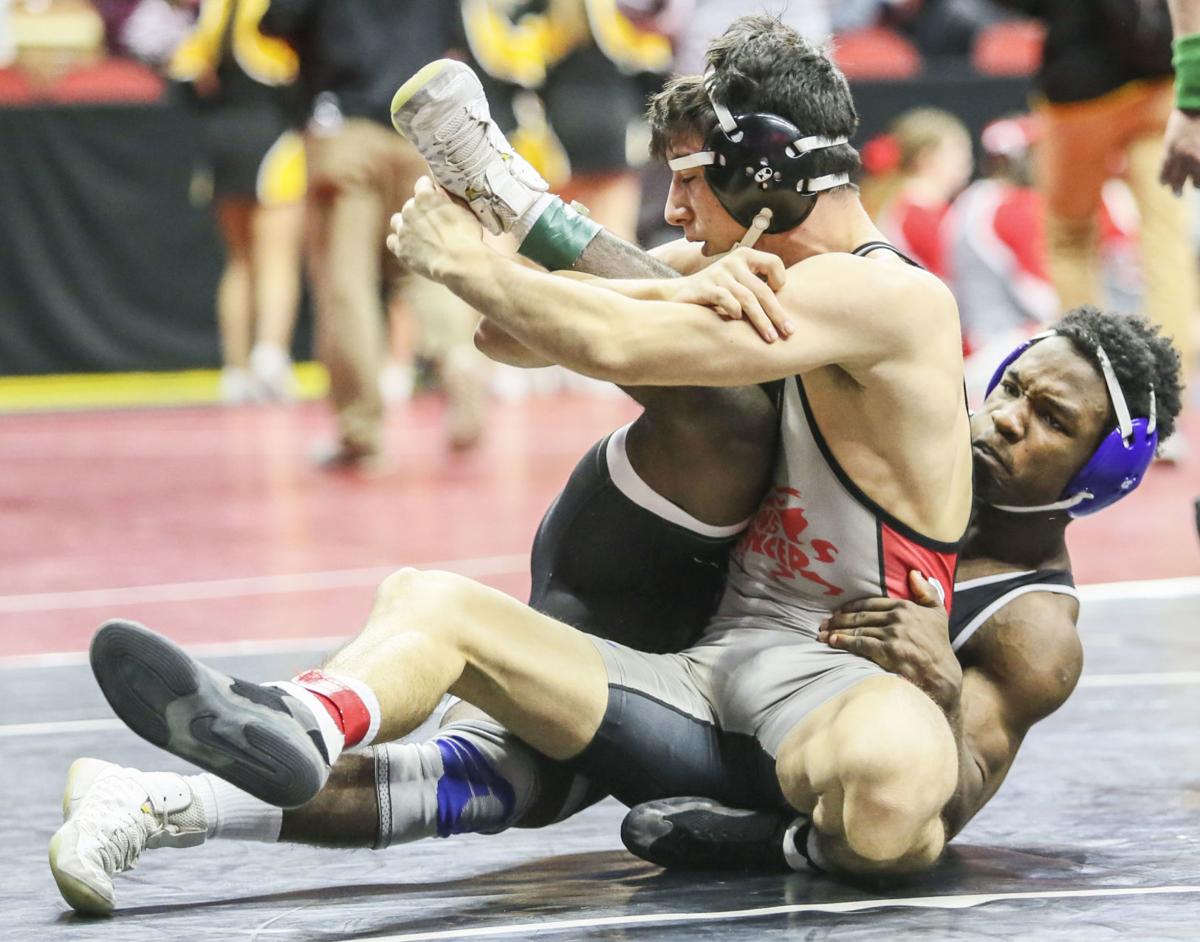 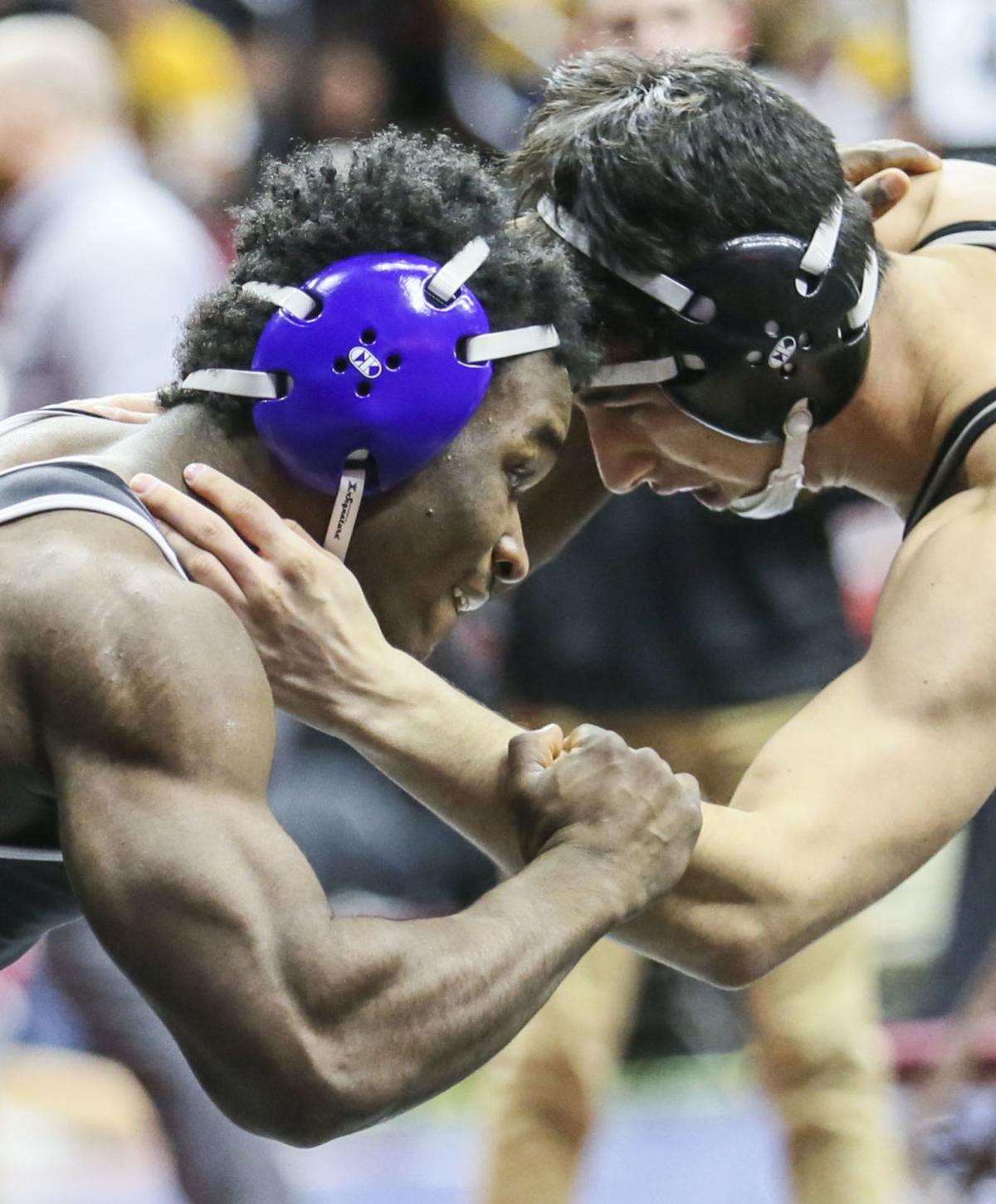 A senior, Nimely did so by claiming an 11-4 decision over Burlington’s Trestin Sales during the nightcap of a triangular at Muscatine High School.

Nimely was quick to credit those that came before him and hopes he can leave a similar mark on the program.

“There’s a lot of guys who have contributed to this,” Nimely said. “Seniors before me — I watched Brendan Broders, I watched Nolan Bell and Shane Dalton. I just hope to leave a print on Muscatine and have the younger guys follow me the way I did them.

“The program has potential. I hope more guys can do what I did.”

The 182-pound match that put Nimely in triple digits was the last of the night, punctuating a 63-6 team victory over Burlington after the Muskies lost 36-27 to Central DeWitt in the opening dual of the meet.

Nimely needed only 35 seconds to pin Saber Peyton Morgan in his first match Thursday for win No. 99.

While certainly a naturally gifted athlete, Nimely — a multi-sport star who holds the Muskie football rushing record at 2,759 yards — has earned profuse praise from his coaches for his work ethic.

“Tim never misses practice, every practice all four years,” Muscatine wrestling coach Joe Kane said. “He is very attentive to technique and tactics that win big matches and is very dedicated to wellness and performance with his stretching, hydration, nutrition and strength-training.”

As for the future, Nimely has committed to NAIA member Grand View University in Des Moines to play football.

Even if the Muskies' season can go on uninterrupted — which may be a lot to ask for in the age of the COVID-19 pandemic — Nimely won't have a chance at the school’s all-time career win record of 137, held by Wade McLeod (Class of 2000). Chad Czerwiec (Class of 2003) is second on the MHS list with 134 wins.

Last season’s effort included taking fifth at the Class 3A state tournament and taking second at the district meet as well as at the Mississippi Athletic Conference competition.

His only loss so far as a senior came during the 182-pound championship match at the Zimmerman Invitational, where Cedar Rapids Xavier’s Ivan Thomas scored a pin with six seconds remaining in the match.

Out of the gate as a freshman, Nimely showed great promise, going 23-11 that season, though some of those wins came at the junior varsity level and don’t count toward his win total in regards to the school record. In varsity matches his first season, Nimely was 13-8.

“Tim is constantly finding new ways to win (and) has absolute confidence in himself and is committed to being the best version of himself,” Kane said. “(He) is humbled by the process and the work and never complains when the training gets tough.

“Tim is a teammate who inspires and encourages others and who leads by example. Tim's approach to wrestling has always been mature and open-minded. … The sky is the limit for Tim Nimely.”

IOWA CITY — Joe Wieskamp had not made a 3-pointer since the calendar flipped to 2021. His shooting percentages dipped considerably in the last…

All the numbers seemed to be working against Muscatine going into Friday night’s home game against North Scott, but the Muskies prevailed, non…

Muscatine's Tim Nimely scores the back points on his way to a pin of Central DeWitt's Peyton Morgan in 36 seconds during their 170-pound matchup Thursday.

Muscatine's Tim Nimely picks up North Scott's Zach Campbell during their 170-pound match last year at the Class 3A state tournament in Des Moines. Nimely, a two-time state qualifier, is coming off a fifth-place finish a season ago.